“HAPPENING NOW” are the key words –

and must be responded to right NOW –

And it certainly isn’t something natural by any means – it’s been created by suicidal
exploitation of Nature: by burning of fossil fuels – by animal eating – by overpopulation.

By wars spreading pollution and disease –

We had a 50 year gap before we began to feel any of the effects of Global Warming –
earthquakes, increased hurricanes and storms, droughts/floods, melting of glaciers,
cyclones/tornadoes – which means we are only right now beginning to feel the effects
of all the harm done to Nature AFTER 1969.

In conclusion, a huge temperature rise could eventuate much earlier than by the end of the century. The image below illustrates the potential for a rise of 18°C or 32.4°F by 2026.

Blog edited by Sam Carana, with news on climate change and warming in the Arctic due to snow and ice loss and methane releases from the seafloor.

That is the problem with so many elderly, greedy, climate deniers, like Trump, they are insouciant to the coming climate, devastation because it has nothing to do with them. They are sooooo selfish that they do not care what happens to the younger generations.

No one is an island. If you have grandchildren or great-nephews, you feel for them. So it doesn’t do much good to say that you’ll be out of here by 2100. While you live they won’t really be satisfied and so you won’t be satisfied.

Heat doesn’t have to be connected at the hip to greenhouse gas levels, although yes they’re connected.

The presence of trees and forests keeps the heat down while desert conditions create heat and dryness.

The presence of artificial snow, or of pack ice on the ocean, creates a whiter Arctic albedo which reflects solar heat back into space.

So yes, we want greenhouse gas levels down below 300 ppm as soon as can be managed, but we also want to put a lid on the heat.

We will likely reach 5C far sooner than 2100. Humans cannot survive on a planet 5C, let alone 4C above Industrial baseline. When we can no longer grow grains, we will all starve to death. Plants can’t keep pace with warming on such a fast timescale.

My comment did not say that I didn’t care about future generations Shanti.

I became politically active at the age of 17, and have remained so.

When I see a number like 2100, I cannot even fathom what our world will look like then.

Even more disheartening is the statistic that you know I keep repeating over and over again in my comments.

The statistic that 95% of those who vote keep supporting the two political parties that benefit the corporations, before even considering the masses.

I’ve contributed to future generations more than I see them fighting for our planet’s continued existence.

Yeah, I’m a tired old man just taking each day as it comes.

I won’t be sorry for my skepticism.

Hello Greenwich. I have no data to back me up…but I believe the lag/effect time is closer to 30 years. I’ve tried to get clarification on this but have not had much success. Do you know if there is a published formula that quantifies the 50 vs. 30 year lag? Just curious. Peace.

My comment did not say that I didn’t care about future generations Shanti.

Sorry that I did not make my post clearer. I always enjoy your comments.

Plants can’t keep pace with warming on such a fast timescale. 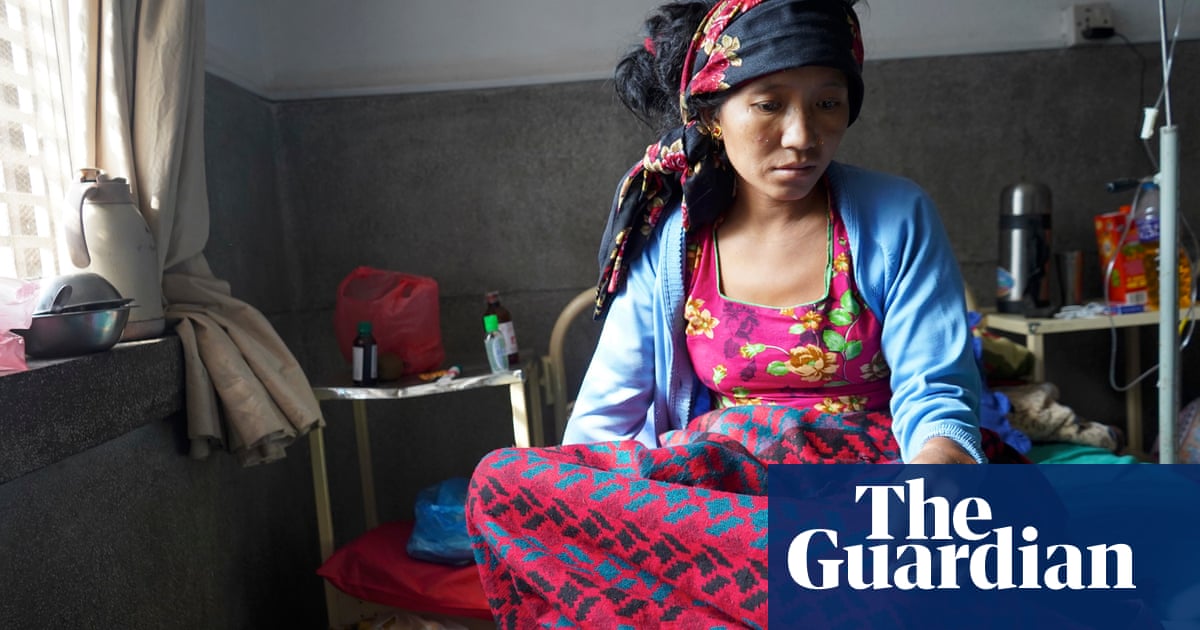 Mosquitoes bring ‘mystery illness’ to the mountain villages of Nepal

Looks like I finally found the answer. I emailed professor Guy McPherson and he sent me the link to this article. Looks like it only takes ten (10) years for heat forcing. Ugh!

Hope you enjoyed the pre-game show, folks. The fires were amazing – what a lead-in.

We’ll be back after these messages from our sponsors (fossil fuels, big ag, global trade, wall st financiers) with the kick off of Climate Chaos.

Johan Rockström, director of the Potsdam Institute for Climate Impact Research, told The Guardian that in a 4°C-warmer world: “It’s difficult to see how we could accommodate a billion people or even half of that… There will be a rich minority of people who survive with modern lifestyles, no doubt, but it will be a turbulent, conflict-ridden world.” Rockström is one of the world’s leading researchers on climate “tipping points” and “safe boundaries” for humanity.

This is not about discomfort, or migration, or moving cities inland.

This is about our ignorance of a human forced extinction event which is already underway, and whose magnitude is unknown, as is the speed at which it will progress.

There is enough information available however to render academic discussion unnecessary - the threat is real, a non-negligible possibility of mass extinction exists as we speak, with the information already at hand.

If there is a trend, it is that as new information comes in, and it is coming in now in an increasing flood, the outlook only darkens.

So many positive climate feedbacks are not included in the IPCC reports, which of necessity requires unanimous agreement before its periodic reports are published.

But all worthy scientists in the field know they exist, and many are active, a few may be black swans - i.e., unknown, because this climate forcing is unique in the history of the planet, this being the first time human beings have become a force majeur on geologic scales.

It is not just CO2, or nitrous oxide, or methane, or the thousands of syntheitc chemicals, or ocean acidification and warming - it is massive deforestation - massive overfishing of the world oceans, and politics & hierarchy and money and the lust for money.

The people currently running the world are not up to the task - in fact have led us into this mess these past decades of wasted time - they must go - they must go as soon as possible.

PS: There is a new “Oxford Very Short Introduction” out, I am halfway thru it - extinctions are one of my lifetime pet subjects ~

It is by Paul Wignall, a world expert in the field.

For those who are not lifelong extinction detectives, I highly recommend this little gem, which brings the extinction events of the past into the clear light of day, and speaks unabashedly about what we are doing today - right now - yet remains calm, cool and collected:
Extinction, by Paul Wignall, (2019)

Although I am no climate scientist I have been following the details of the climate crisis as closely as possible and I have also read a book which predicted the changes that would occur to this planet with an increase in overall temperatures. It did this by using a scale of whole degrees. At 2 degrees centigrade (which we are not far from) there was the prediction of just what we are experiencing right now - more and more extreme weather events, species impacted and threatened, crop failures and massive glacial melting. At 5 degrees it was catastrophic with many cities so hot that they were unlivable in much of the year, category 5 storms and hurricanes the norm, hundreds of millions of environmental refugees, the breakdown of civil societies and anarchy.
The truly scary thing is that the changes that are occurring seem to be happening even faster than the models predict. There is a kind of cascading effect and the climate models still don’t take into effect the rising amounts of the very powerful “greenhouse gas”, methane.
There are climate scientists who also believe that it is too late. The extreme weather that we are experiencing now is from the lag effect of inputs from decades ago. What will the much higher releases of CO2 and methane mean in 10-15 years? No wonder that scientists like Guy McPherson think that it is already too late to have much of an effect on this pattern.
One thing to look for - will COP25 accomplish anything besides the usual facile agreement among industrialized nations that something has to be done without making a commitment to specifics?

Case in point - Angela Merkel of Germany - a bona fide scientist before she became a politician.

But that world is gone - “Gone with the Wind”.

This is the Anthropocene - the great turning point - our very human version of the Oxygen Holocaust.

For this we need - visionary leadership of the highest caliber.

**Pony – **
Even more disheartening is the statistic that you know I keep repeating over and over again in my comments.

The statistic that 95% of those who vote keep supporting the two political parties that benefit the corporations, before even considering the masses.

How can we avoid it –
And is there anyway we can actually NOT vote for Biden/Hillary?

Can we actually look forward to impeaching Trump in 2021?

As I do yours.

Once again, I’ll clue you in that Sam Carana has a good reputation for bad science. But you don’t care: for you, mixing up myth and truth makes sense. No thanks, I’ll skip the horseshit omelet.