After Year-Long Run as Outspoken Advocate for Immigrants and the Poor, Julian Castro Suspends Presidential Campaign

Biden is still “leading” in “the polls.” He’s an outspoken advocate of bankers, warlords, insurance industry executives, public school privatizes, prison profiteers and the like.

Castro dropped out. He’s an outspoken advocate of poor people and immigrants. Hmm.

Without throwing his support behind Bernie as he backs out of the race, was he really an advocate for immigrants and the poor?

The Texas Democrat posted a video on Twitter thanking his campaign staff, volunteers, and supporters, and announcing that he’s “determined that it simply isn’t our time.”

Yes Mr. Castro, but it’s Bernie’s time!..WHY IN THE HELL DIDN’T YOU SAY SO?

Guess, we were supposed to envision him, on a Liz Warren ticket? Until the party re-animates zombie Hubert Humphrey, once DNC releases the superdeligates who made so much off of the 2016 charade? Liberal Creative Class™ my ass!

A Surefire Cure For Despair

“I can’t go on. I’ll go on.” ~ Samuel Beckett Sometimes it just gets to be too goddamn much. You just finished a soul-draining argument with a family member who insists that… 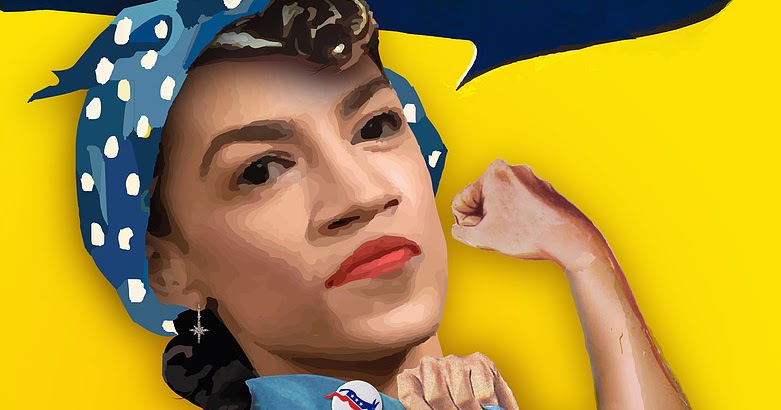 Who's Behind The Move To Wipe AOC's Congressional District Off The Map?

It came as no surprise that New York would be losing a congressional seat after the census. Speculation in Albany over a year ago was t...

Mr Castro should now join with the Sanders/people’s campaign that represents what Julian has said he also does.
As others have written here why didn’t Castro throw his support behind Bernie in his announcement? The answer is very likely pressure from the Clinton/Obama machine - the DINO centrist sellout wing of shills and corrupt liars!

If he actually represented/represents the people and issues he claimed to as Bernie does, and demonstrates daily, (and I have no real reason to doubt Castro’s word as of this moment), why the Hell doesn’t Castro help build the Sanders/People’s coalition to win the presidency and congress? The usual answer is pressure in one form or another from the entrenched DINO machine; the DNC, DCCC, Pelosi, Schumer, Uncle-Tom Perez, and all the other neo-liberal shills and saboteurs of real change and the Real Deal - Bernie Sanders.

I like the later chords of ti-i-i-“ime” in this version, different from the stones version. The stones seem to play straight chords. But the Thomas version hits a 7th chord. Love it. Thanks for sharing this.

I’d lived with a relative of two of the pretty damn incredible “back up” singers on this. So, had this on a 45, we’d worn all the little bumps off, with a Dual 1219! The first version, with the same arrangement, etc, was instrumental. But I’m unable to find a cleaner version on the net. I loved Mick’s version, though. Still makes me cry and gives me chicken-skin!

My nephew did the Blues Brothers bit at Universal, Florida a few times a day. Tall, lanky young man. Drove up in the old Dodge with the big speaker on top. He sang as Elmo Blues. Always drew a large crowd.
Other than my mom being the loudest singer in church that’s it.
Except in 3rd grade a classmate and I got to do the “Five Golden Rings” part on The Twelve Days of Christmas.

Oh… what the HELL:

Almost the same rise of a 7th chord.
Damn, I love bass. Never lost faith in a tuba since listening to polka music.
Another pleasant version.