ans Mourners Killed at Soleimani Funeral Procession'The People of This Region Want US Out': More Than 40 Irani

Having worked in academia, I came across many from the Middle East. Fellow students, peers, my students. One thing always stood out. They were just people. Not remarkably different from the rest of us. They worked hard, played hard (mostly soccer), and got along. Every Fox News segment I have ever seen on them has boiled my blood. I gave up on hate at quite an early age. Not because I am so perfect, but because I am rather too lazy to exert the energy it takes to consistently generate bad vibes against people I do not know. As I mention above, my sampling of Middle Easterners has almost universally been positive. So to my friends there I say As-Salaam-Alaikum, which I believe roughly translates as Peace be unto you.

From the article below:

The bombshell facts were delivered by caretaker Iraqi Prime Minister Adil Abdul-Mahdi, during an extraordinary, historic parliamentary session in Baghdad on Sunday.

Maj. Gen. Qassem Soleimani had flown into Baghdad on a normal carrier flight, carrying a diplomatic passport. He had been sent by Tehran to deliver, in person, a reply to a message from Riyadh on de-escalation across the Middle East. Those negotiations had been requested by the Trump administration.

So, Baghdad was officially mediating between Tehran and Riyadh, at the behest of Trump. And Soleimani was a messenger. Adil Abdul-Mahdi was supposed to meet Soleimani at 8:30 am, Baghdad time, last Friday. But a few hours before the appointed time, Soleimani died as the object of a targeted assassination at Baghdad airport.

Let that sink in – for the annals of 21st century diplomacy. Once again: it does not matter whether the assassination order was issued by President Donald Trump, the U.S. Deep State or the usual suspects – or when. After all, the Pentagon had Soleimani in its sights for a long time, but always refused to go for the final hit, fearing devastating consequences. Now, the fact is that the United States government – on foreign soil, as a guest nation – has assassinated a diplomatic envoy who was on an official mission that had been requested by the United States government itself.

Baghdad will formally denounce this behavior to the United Nations. However, it would be idle to expect UN outrage about the U.S. killing of a diplomatic envoy. International law was dead even before 2003’s Shock and Awe. 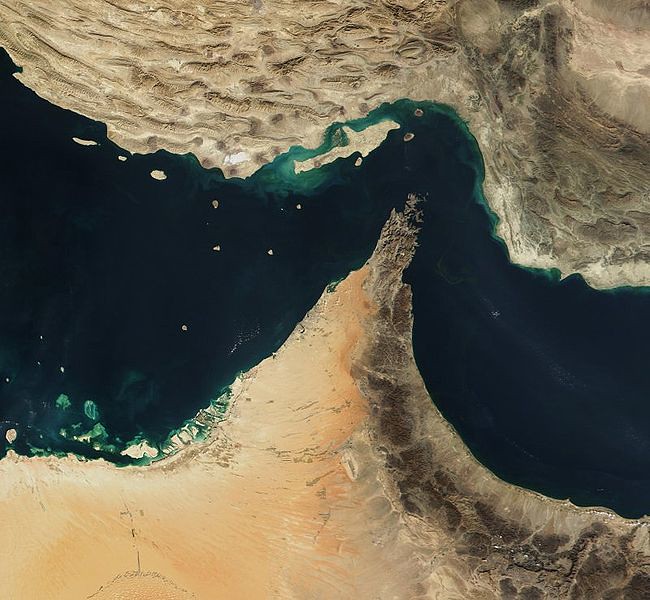 If Tehran ever decided to shut down the Strait of Hormuz it would trigger a global depression, writes Pepe Escobar. By Pepe Escobar Asia Times   The bombshell facts were delivered by caretaker Iraqi Prime Minister Adil Abdul-Mahdi, during an...

So this was a diplomatic mission set up by the US itself, used as a foil to lure Soleimani to his death. Do you think anyone will believe US diplomatic overtures in the future?

Seems like the State Department has no real function anymore (exept to to provide cover to CIA agents,)

“The U.S. government warned ships of an unspecified threat from Iran across all the Mideast’s waterways,”

The US knows that Iran will take the bait and NOT respond militarily. So it has a backup plane- Israel will mine a US ship in the gulf, blow it up, killing 100s of personnel, and in the wink of an eye those B52s will be hitting Iran sites. Bibi is as close as he’s ever been to getting his dream-come-true, and he sure as hell won’t stop the rolling ball at this point.

You are not alone. It is difficult to shake the suspicion as Israel has recently said openly that it has seen the need to attach itself to Empire–first the Brits and now the US America–is also, along with the insane “christian” dominionists Pompeo and Pence, seeing an advantage in war in Iran but by the US America. Time Israel fought its own battles. 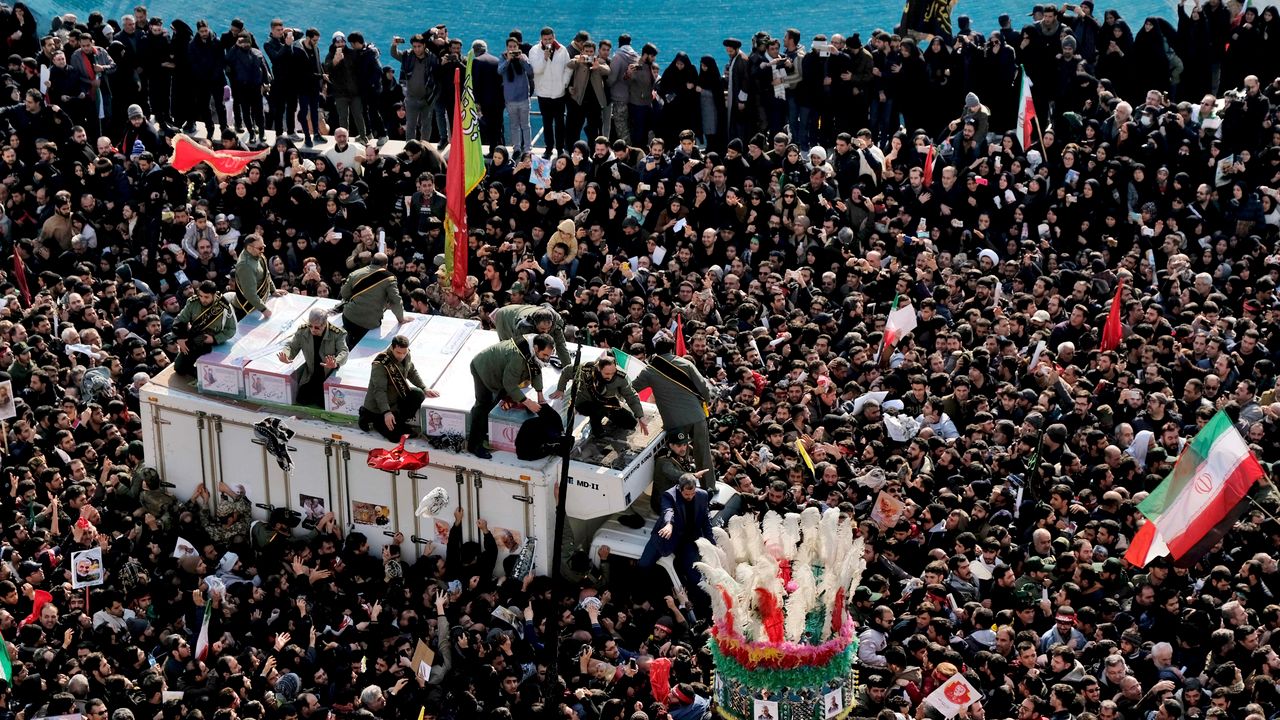 As millions march in Tehran, US steps up military build-up against Iran

As millions in Iran mourn the murder of General Qassem Suleimani, President Trump is assembling the forces for much greater crimes.

Message to Iranian Hierarchy, - “Seek Retaliation Directly on Trump and His Generals Who Carried Out This Assassination.”

“He’s An Albatross Around The Neck Of America.”

Hate is a learned characteristic of humans that is destructive to their soul, and all who have the misfortune of know them.

“The U.S. government warned ships of an unspecified threat from Iran across all the Mideast’s waterways.”

“The US knows that Iran will [NOT] take the bait and NOT respond militarily. So it has a backup plan — Israel will mine a US ship in the gulf and blow it up, killing 100s of personnel, and in the wink of an eye those B52s will be hitting Iran sites.  Bibi is as close as he’s ever been to getting
his dream-come-true, and he sure as hell won’t stop the rolling ball at this point.”

And I fear that you are spot on.   There IS a simple solution, though:  Put Tweetle-Dumb in chains and turn him over to Tehran for a FAIR trial.  More fair than the white-wash that McConnell will give him in “our” U.S. Senate, at least.

Me too! But my gut says that is probably close or exactly right on target. The Straits of Hormuz are ripe for false flag to start an all out war on Iran…not unlike what happened in the Gulf of Tonkin that started the Vietnam war.

The world has really changed in the loss of a respected leader.

On November 22, 1963, three towering figures of the 20th century died. John F. Kennedy is the one that we all remember, but let’s consider the others.