"Any 'Her' Will Do": Due Process for Boys Like Kavanaugh, But Feinstein Latest Target of Trump's "Lock Her Up" Chant

"Any 'Her' Will Do": Due Process for Boys Like Kavanaugh, But Feinstein Latest Target of Trump's "Lock Her Up" Chant

Two days after apologizing to U.S.

Methinks our educational system is currently irretrievably lost in space. Perhaps the Space Farce will retrieve it for US. 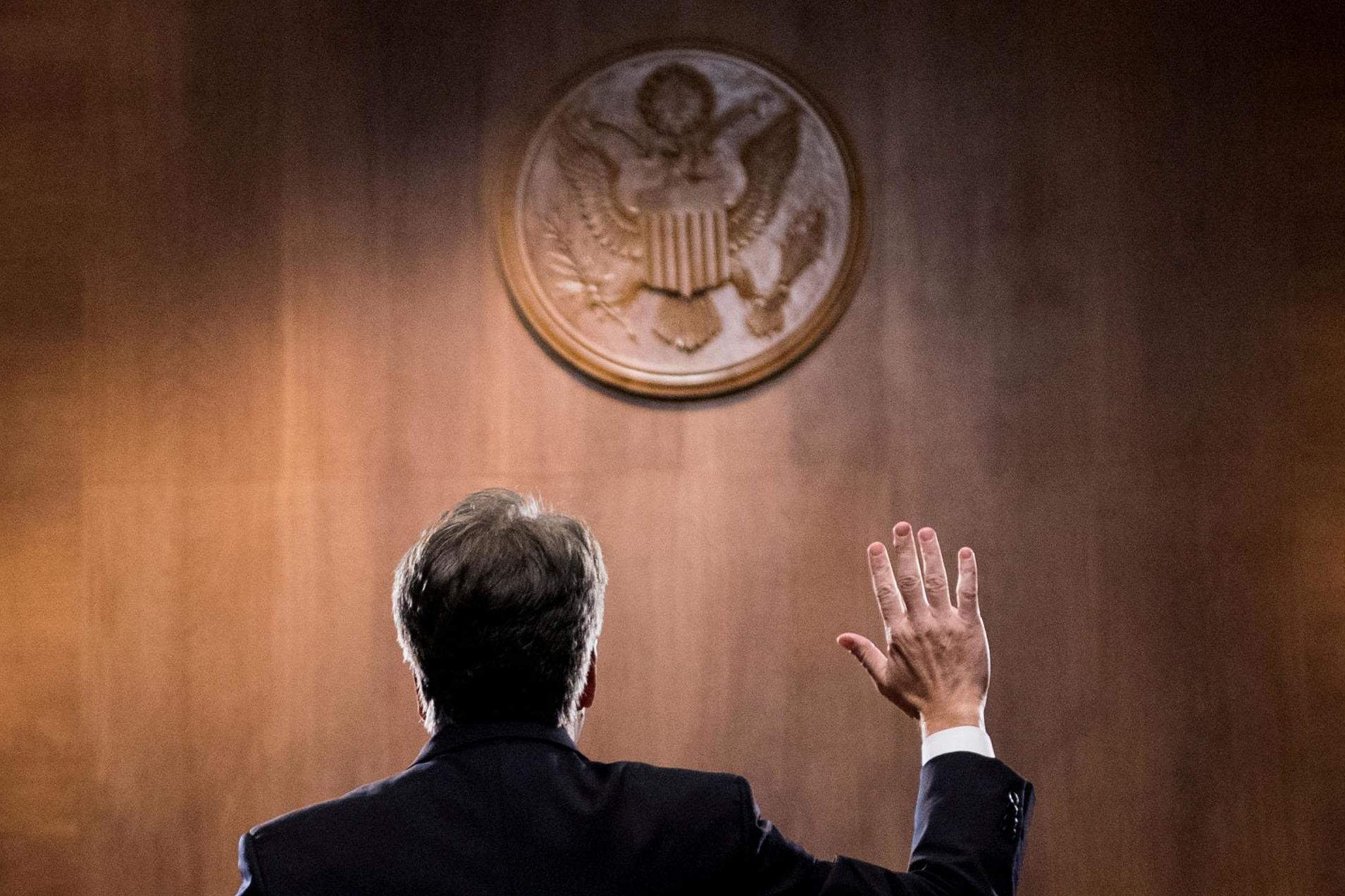 Someone hijacked BrettKavanaugh.com and turned it into a resource for sexual...

Not that Feinstein doesn’t deserve prison, but the ones most in need of it—for their own sake, as well as ours, are all the self-hating women who voted for Twump.

Maybe we should ALL gather together and apologize to America for Trump and Kavanaugh. Then chant “Lock them up, lock them up.”

A truly dangerous demagogue! Never thought I would sympathize with Feinstein but this whipping up the hysteria of his base is very insidious. Rest assured his ilk are following what the “left” is thinking and using it to their advantage and so much of it is subliminal.

The two existential threats we face–nuclear winter and ecological collapse–or should I write three existential threats as Trump is presiding over a world bullying nation with the most massive accumulation of WMDs and a history of having been the only nation on earth to ever drop two atomic weapons on crowded Japanese cities and with so little time get out Nov. 6 and make sure to neutralize them and corporate democrats. As no leader of the stature of Martin has arisen, people too fearful to engage in effective massive collective action this is our choice. Prepare to do some real organizing for a true left party. To have only two dominating parties in a nation of over 300 million people is absurd on the face of it.

Feinstein and the Democrats made Kavanaugh possible.Just as we have Biden to thank for Thomas, we have Feinstein’s National Enquirer circus to thank for diverting national attention from Kavanaugh’s record of slavish devotion to Bush and Cheney’s war crimes, and subsequent perjury.in the 2004-2006 circuit court hearings, and during the recent disgrace to the species that was Kavanaugh’s well-greased confirmation.Perjury was just not on the table, was it, Democrats? One phone call would have taken this Bush tool off the short list - but corporate/war industry Democrats want a stooge on the court every bit as much as corporate/war industry Republicans - and if that weren’t the case, the whole thing would still be a valuable get out the vote issue for both halves of the corporate party, that the country will be stuck with until midterms. Bipartisanship at its most sinister and most successful.
Anyway, Feinstein deserves a MAGA hat, and I hope she gets one.

Ironic to say the least.

Trump’s words are troubling and scary - just like the man. He jokes about terrible things to make them somehow more palatable on the slippery slope downwards for the nation. Joking now - but reality later. Feinstein does have a lot to answer for but I think she did fight to stop Kavanaugh and to provide some decorum to the hearings. Trump cannot stop belittling women who stand up to him. In the end, I believe this man and his whole agenda will be defeated and seen in history for what it truly is. We have a job to do and now is the time.

The Republicans control the Senate, they made Kavanaugh possible. They had the votes. Think through things a minute: Mitch McConnell held a Supreme Court seat open for nearly a year, Chuck Grassley ditched the blue slip process, McConnell purposely timed the hearings to be proximate to the election, Republican committee members allowed the executive branch to withhold documents here-to-fore previous administrations provided, Grassley tried to keep documents committee confidential that here-to-fore were not considered confidential (it’s why Democrats released them anyway)—all this was done to seat Kavanaugh.

There is no magical argument any non-Republican could make to turn a willing majority against what it wants to do. The Judiciary Democrats actually did a far better job trying than the progressive twitter experts that wanted them to walkout of hearings, which would have left Kavanaugh unscathed and only seated him faster.

Feinstein and the Democrats made Kavanaugh possible.

Yes…but you can also add one Independent!

Please explain what magical thing Democrats could have done to stop a willing majority from seating Kavanaugh. When you do so please consider what I wrote above to provide adequate context. Republicans had a Senate quorum, they set the rules via majority, and they determined the schedule. It’s what happens when you have a majority, right?

Oh, and let me ask: was there something Republicans could have done to prevent Kagan and Sotomyer from being seated? What argument could they have made to stop the Senate Democratic majority from seating them? Take your time, think, I’ll wait.

Let’s see now, how many people could there be who never had a mother, or a sister, or a daughter? Hopefully we are still in the majority…? What’s it gonna take to pull darnold frump down off his display rack and return to some form of democracy?

Please explain what magical thing Democrats could have done to stop a willing majority from seating Kavanaugh.

My post was meant to be facetious. Your point is well taken.

Apologies on my part and I see that now. It just boggles the mind to me that people actually think a determined majority, willing to completely ditch previous rules to seat a justice, would change its mind for some reason. We can always debate tactics, but in the end, if a majority has the votes, wants to do something, and can execute, it’s going to. Yelling at Democrats over minuscule tactics is just a way of venting frustration and avoiding the big picture—majorities typically get what they want.

majorities typically get what they want.

That would seem to be true of our legislative bodies, but if it were true for the larger society, we’d have H.R. 676 instead of Heritage/Romney/Obamacare and an end to endless war, to name just two obvious discrepancies (see Page and Gilens).

The power relationships are seriously skewed in favor of inherited wealth, and were even before Citizens United.

Under our constitution, states have a lot of power and small, agricultural, more conservative states were given lots of power specifically (the Senate). It’s not just a money thing and what polls say. A lot of people can be for something, but the institutional veto power can outweigh popular demand. It’s why the New Deal was only successful in so far as it did not overtly challenge Jim Crow. So I don’t really think it’s a fair comparison except in the most abstract way, but maybe that was your point?

This is a tactic that Trump uses very well. He whips his base into a frenzy about a public figure they likely know nothing about, we progressives / leftists waste our time talking about this and end up being put into a position where we are defending destructive war-mongers & reactionaries like Fienstein and the Clintons.