In online communities celebrating misogyny and decrying men's so-called "involuntary celibacy," the suspect in Monday's van attack in Toronto was being lauded as a "new saint" this week, causing some on social media to urge a closer look at the link between such groups and mass violence.

No kidding, read some of the white nationalist’s sites and you’ll find extreme misogyny. Or, misogyny light groups like Promise Keepers.

The obvious solution to “involuntary celibacy” is to inherit a big steaming pile of money, like a certain former game show host: “They (women) will let you do anything—kiss 'em, grab 'em by the pussy…”

And I disagree that misogyny isn’t a mental illness, even though it hasn’t made it into the DSM as of now. Maybe that’s because there’s no pricey pill yet to treat it?

The larger issue of entitlement, I believe, is a direct result of capitalism’s never-ending need to create dissatisfaction in the public mind through advertising.

Your comment shows true misogyny. You are saying that women will do anything for the money. The underlying idea is that women will do anything but not men. Women are human beings and so are men. Your misogyny is clear. Men are allowed to do whatever they want because they are the victims of women according to your perspective, but the truth is that three women die everyday in the hands of their partners. Social misogyny is a real problem. Wake up!
Your denial is a clear sign of social misogyny.

This is a re-visit to institutionalized misogyny. In other words a changing group identification with misogyny.

Gave you a heart – but re your second paragraph … who knows?
But I’ve always felt that HATRED is taught and that maybe FEAR is the cause of hatred?

Obviously these males well understand that they can’t live without women.
That makes them afraid because it’s something they can’t control and the decision is in female hands.
They are being JUDGED … a constant theme of Ole Trump and many current shows - come/be judged!

But most likely they’re not saying it, but they’re probably obnoxious people who no one likes.
How about that?

Can you clarify your third paragraph – a particular commercial, maybe?
It’s not like TV ads are showing males are the most likely cleaners of our toilet bowls, for instance!

I’d look more to Christianity – organized patriarchal religions based in male-supremacy – as more likely in their 2,000 year run of teaching female “inferiority” … intolerance and hatred for women, where even beatings of one’s wife were recommended by the guy in the pulpit speaking for “god.”

Well – seems we have no men commenting here as yet – ?

However, how many of these disgusting males are relying on the industry of
organized pornography rather than trying to develop some skills in dealing not
only with women but the entire human race … which these guys seem to be
failing at, as well – but not mentioning.

The industry of organized pornography is basically providing PROPANDA against
females which is as difficult for women to respond to as it was for Homosexuals
or people of color to respond to “Whites Only Drinking Fountains” and name-calling
bullying and beatings of homosexuals in actions (imo) clearly encouraged by
Christian churches in their spreading of intolerance and hatred for homosexuals…
making them only worthy of violence. Same for women, same for African-Americans…
and same source.

This violent propaganda of pornography is being watched by 11 year old males who
will display this same disrespect for women and women’s lives as this guy has done.

This pornography suggests that women are not worthy on any level except as sexual
objects – and too much of our society (and its advertising) supports that idea.

I am still surprised at the numbers and types of these groups that will pop up wherein as they victimize, they portray themselves as the victim.

I saw photographs of some of those at a “White Nationalist” rally and wondered to myself “If i see this jackass working at a local business would that business still see me as a customer”? I think it the same thing here. The guys that join these groups must have jobs or a means of having an income. If they are posting their names and faces and you or a loved one frequent the place at which they work would you continue to do so if it became obvious that a given employee of that business was a member of In-Cel?

Just give me 5 minutes alone with one of these pieces of shit. You won’t have to worry about them anymore. I won’t need a gun, either. Lived in beautiful Isla Vista, CA for years and just wish I could have come in contact with that f-cked up loser who killed those people because he couldn’t get layed.

Within any cult of bullies there may be no end to brainlessness. I’m guessing that online misogynists are united in their fear of what women can do to them inside. So, when some guy runs down 20-something pedestrians in the name of misogyny, for some reason everybody else in the frat is supposed to clap. To not clap singles you out for intensive abuse from everybody else.

It’s better if we focus on education. What do we tell members of our community, other than don’t get involved in bullying gangs of misogynists, pseudo-religionists and pseudo-ultranationalists?

–Be brave and call out the creeps. Don’t support an abuser even if he tries to twist your arm.

–Learn all the details, a full spectrum of information about being in love. Start early so you won’t be surprised so much. It then becomes incumbent on each boy’s family and community to supply such information. Better yet, teach kids how to fight fair before they grow up.

Christianity promotes the idea that women are the sinners who tempt men and men are not responsible for their actions. So women need to be controlled, but atheists can also be misogynists. In fact misogyny can be defined as the collective agreement to punish and dehumanize women who are eccentric, who are suspicious of something, who break a social convention, who… the list goes on and on… I recommend the book “Down Girl” by Kate Manne.
Women are human beings but they are not allowed to make mistakes, so they are easily penalized and ostracized. Misogyny is a complex social issue.

Not all men with this type of problem are bad. Most learn to cope and lead a normal life. These guys even if they were hunks. They would still be abusers, rapists and criminals. Just like individuals from certain backgrounds are not what some say they are. It would be nice if we could know who is evil by certain mark or characteristic. But that is not the case.

Can you clarify your third paragraph – a particular commercial, maybe?

It’s not any particular commercial, but all of them in toto. The cumulative effect makes us want what we don’t have, and dissatisfied with what we do have. Commercials use images of attractive young people, especially women, to sell everything, as Bob Dylan wrote, “From plastic guns that spark/To flesh-colored Christs that glow in the dark…”

If we all woke up tomorrow feeling content with what we have, capitalism would grind to a halt, so there are legions of people (some of whom have made fortunes at it) working to prevent us from ever feeling content . Thus it should surprise no one that this manufactured discontent frequently fastens onto a person’s loneliness; nor should it surprise anyone that lonely people are reluctant to blame their loneliness on themselves.

And so the internet has facilitated all these lonely men coming together (figuratively) and blaming women for their own inability to attract women. Online anonymity has made confessions risk-free, and has made a community—actuallly, more of a mob—where individual embarassment would once have stopped it cold.

And yes, the patriarchal Abrahamic religions have much to atone for.

Start with Our Founders and our Constitution where they did not create a democracy …
they created an Elite-patriarchy.

It is these patriarchal religions which gave Elites the license to EXPLOIT all Nature, Natural
Resources, Animal Life … in their gift of “Manifest Destiny” and “Man’s Dominion Over Nature.”

And, actually to exploit even other human beings according to various myths of “inferiority.”

Greenwich:I agree with you.
Sadly, misogyny is part of all that that you mention. It is a worldwide problem that pervades most societies.

What’s the word for hatred of men? I think I might be suffering from it!!!

You are very brave to admit this. I admire your candour. Listen to the words of George Benson in his song “greatest love of all.”

What’s the word for hatred of men?

I believe it’s misandry, while misanthropy is hatred of people in general.

I’ve heard that hatred disfigures the psyche, so please be careful with it.

My riposte was “tongue in cheek”. However, take a look at this. 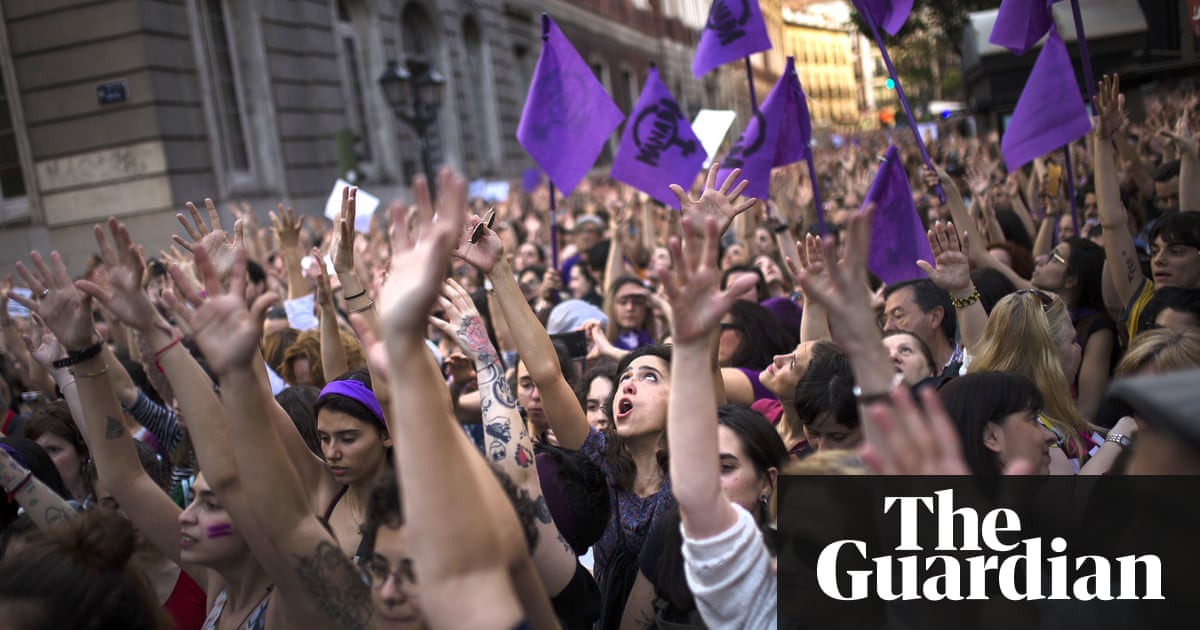