The U.N. human rights chief will no doubt be attacked as an “anti-Semite” and “biased” against the Israeli entity.

The world for far too long has kowtowed to, and excused the zionist state, that intentionally mingles ordinary illegal taking/theft of territory by force with religion and its extremist/terrorist racism-ethnic cleansing - a racist supremacist mindset (and mythology) little different from US white supremacists, the third reich, or many other tin pot dictatorships that exterminate opposition… except that Israeli supremacists exterminating Palestinian men, women and children control the IDF army forces, courts, and nuclear weapons…likely being trained on the UN headquarters at this moment.

Never has the world, arguably, been so confronted by overt evil from two nuclear armed states governed by complete nutters and overt racists! From Palestine to North Korea, to Yemen and Iran, those two malignant states and leaders are the clear and present danger to the entire world…with no one and no nation willing to confront or demand change in their belligerence! 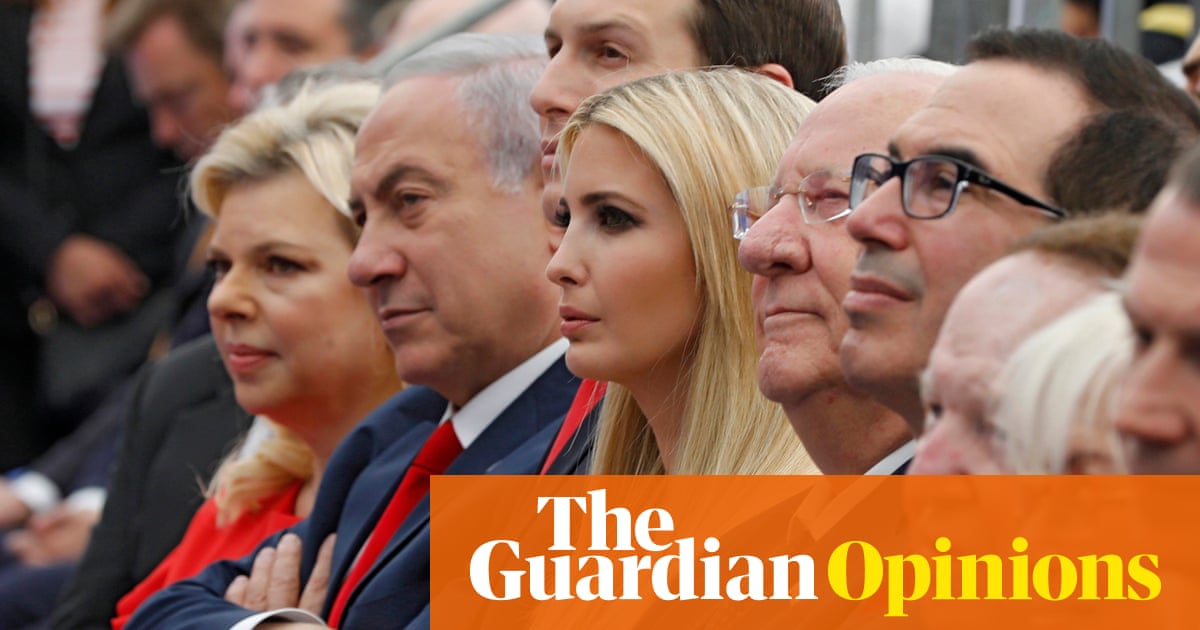 One version is all sunshine and rainbows – the other, a deepening extremism in both countries. And these two vastly different versions are struggling to co-exist

The only thing I would while calling out Israel on this blockade is to all call out Egypt. Israel could not accomplish the blockade along since Egypt also borders Gaza. Clearly this is not simply Jews against Arabs. It also Arabs against Arabs.

Egypt’s official position does not reflect the will of its people. It is ruled by you know who’s puppet.

Egypt has just opened the border and Palestinians are traveling to cross. It will be open for the whole month of Ramadan. 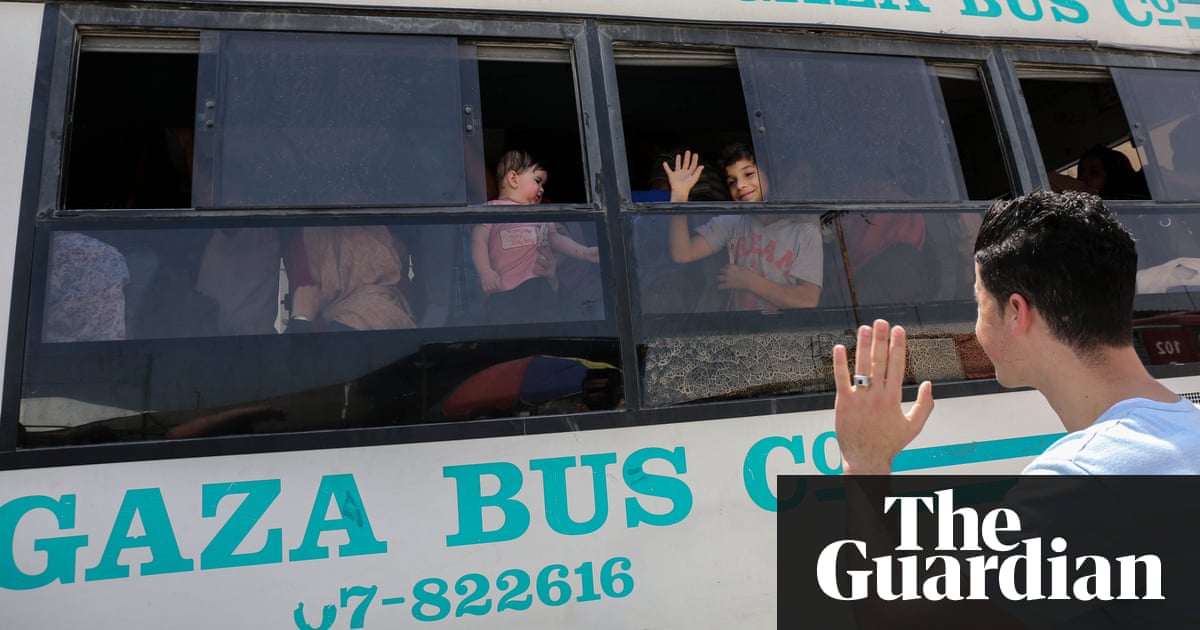 Not buying this at all.

Jake, I’m uncomfortable with your title. By putting one word in quotes, it could refer to the actual word the man said, smoothly woven into the title sentence. But more and more these days, quotes of other people’s speech is used in a disparaging way. So, are you being deliberately ambiguous? Did you write the title or did CD?

Israeli troops are pointing guns at and are beating medics that are helping injured Palestinian protesters. The incident reportedly took...

The Nazi’s never went away!!!

Gaza is a concentration camp where this week Israel soldiers on a ridge were allowed to shoot mostly legs with exploding bullets into trapped unarmed people with nothing beyong their humanity to lose. A few miles away Trump and family were wearing their special clothes and being treated as important people opening the US Embassy to only Israelis after promising to war on Iran. After 3000 shootings Egypt opened their way in and out of Gaza. Gaza had been trapped in their camp. Maybe we could notice Yemen with the population dying of viruses while the big “nations” drop bombs for years. Or Syria where Assad was upset when the drought caused famine and the people asked for help. Trump used the word “animals” but animals generally have more decency. Bottom line is capture of the oil fields by the West to put money in the pockets of friends of Trump.

Bottom line from my point of view is genocide. Notice that even when the West sends in trouble , they use Arab proxies, though their official title varies from month to month.

With global warming, these areas may become difficult to live in. With clean energy coming soon, oil may see a sizeable drop in price. I don’t think it is the land or the oil; those are too short term. Just genocide.

Let’s see. 500,000 are dead in Syria, 5,000 “disappeared” during the Iranian Green Revolution, 40,000 dead in Egypt, Christians ethnically cleansed and massacred in Iraq—but the UN is going to approve a “War Crimes Probe” against the only democracy in the Middle East. What a waste of time as usual from the bigots of the UN.

You forgot to mention that Israel supports the Islamic Terrorist in Syria. That have murdered over
a half million people. Same goes for Iraq. Israel was egging the US to attack Iraq. Because of the lie that Iraq had WMD. In Iraq alone over a million dead because of this War that was based on lies.

From the Washington Post: " Israel has largely stood on the sidelines of the Syrian conflict over the past seven years. Israel shares a contentious border with Syria — the Golan Heights — and it has long had openly adversarial relations with not only Bashar al-Assad’s government, but also Syria’s allies Iran and Lebanon’s Hezbollah militia. Israel also had little reason to support the Islamic State or al-Qaeda-aligned Islamist groups that became the Syrian government’s primary rivals."

Israel did not officially support or take part in the Iraq war. The WMD lie came from Bush and Cheney.

Those aren’t facts there lies that your’re telling. You really haven’r seen or heard that Israel provides free medical care. To many of it’s Islamic Terrorist
friends fighting in Syria. And many of Israels leaders have stated there choice would be to remove President Assad with some of there Islamic Terrorist buddies they are hiding behind. And it public record. That Nittwithwith Yahoo stated before the invasion of Iraq. That Iraq possesses WMD. And the US should take the lead and do something about this.

And no I don’t hate the Jews. I hate the Neo Con War Mongers. That constantly lie and distort the truth, just like you.

Friedman has always been an Israel first mouthpiece! And an A-Hole…

I wouldn’t rely too heavily on the CIA-linked Washington Post for accurate news.

Defense chief says military "struck almost all the Iranian infrastructure in Syria," warns Tehran, "If we get rain, they'll get a flood"

While we’re at it the anniversary of the Israeli attack on the USS Liberty is June 8 - a day that lives in infamy…34 American sailors killed and 174 others wounded - none ever given permission to tell their story!! The entire attack covered-up by BOTH the US and Israel…perfect liars together! NEVER FORGET!

CD, Do a piece on the attack for the anniversary of the Liberty attack!

And another thing Israel lies and deceives the world about - also lapped up and supported by the lap-dog US government!. 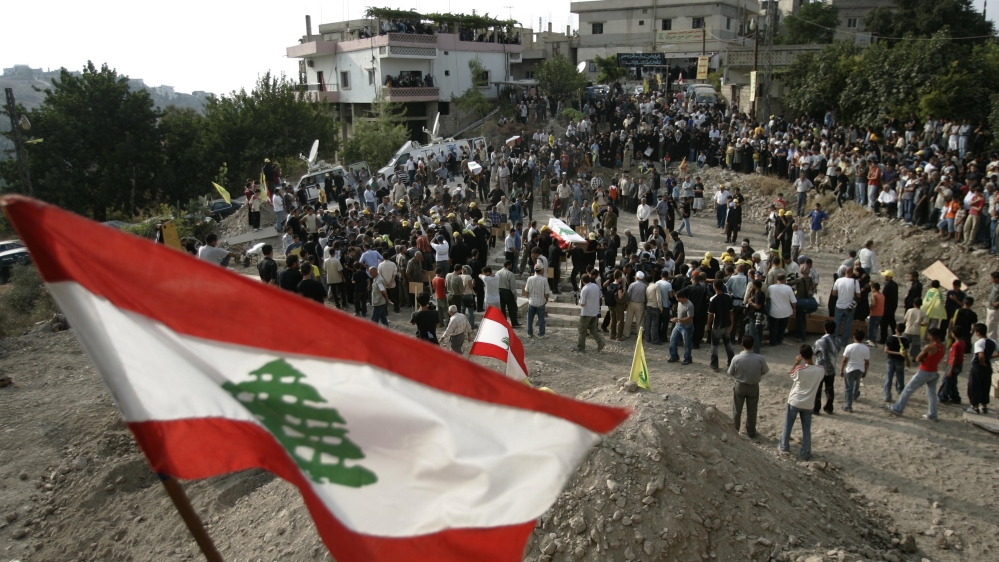 Memo to Israel: Lebanon is not Hezbollah, Gaza is not Hamas

Israel has tried to bury inconvenient facts about Lebanon and Gaza.