Because 'A World Without Insects Is Not Worth Living In,' Germany Announces Plan to Ban Glyphosate

Not that banning glyphosate, a herbicide, is a bad thing, but isn’t the neonicotinoid class of pesticides the greater danger to bees?

Not only is a world without insects not worth living in. Insects, big and small, are an integral, important part of the ecosystem. By killing them we kill ourselves…

And if I’m not mistaken, 100% of the corn and soybeans grown there is Round-Up-ready.

The despicable ways monsanto followed to protect its evilness: 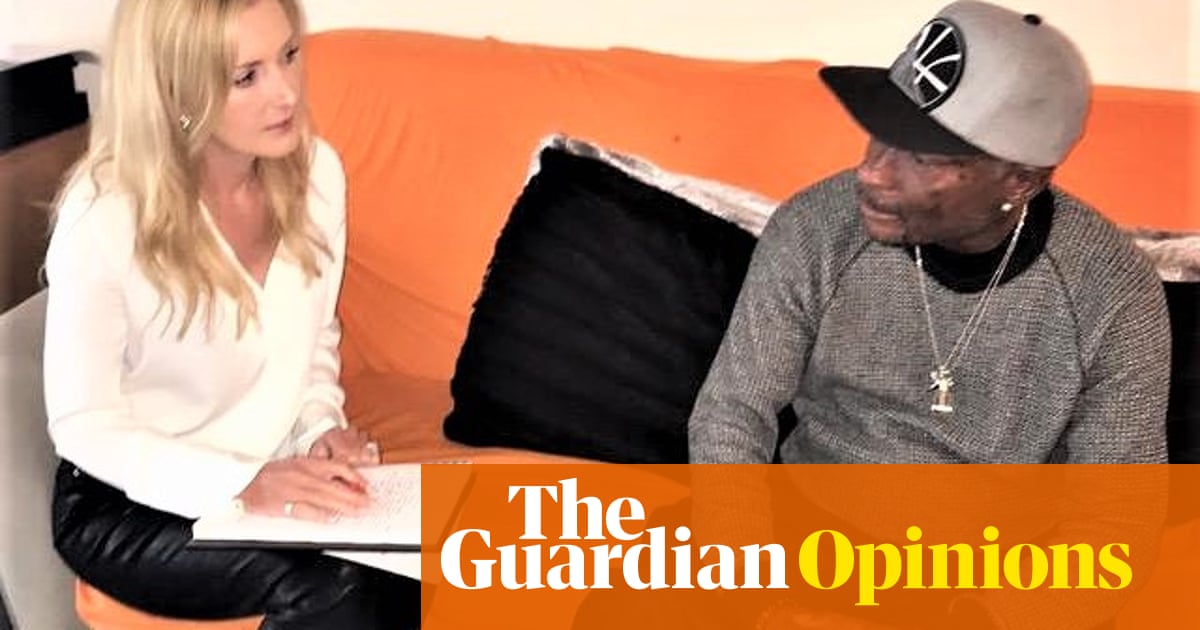 I’m a journalist. Monsanto built a step-by-step strategy to destroy my...

Not only the Amazon: 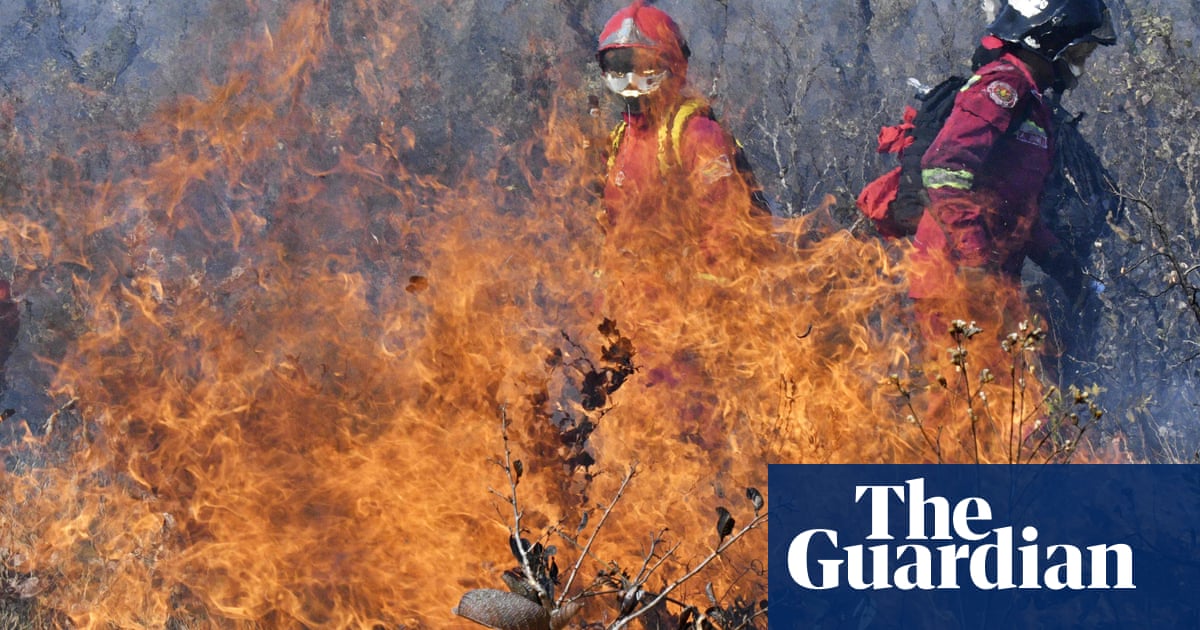 I posted this on another thread a few days ago.

ALL pesticides and the likes are harmful to insects and humans. I still have none. 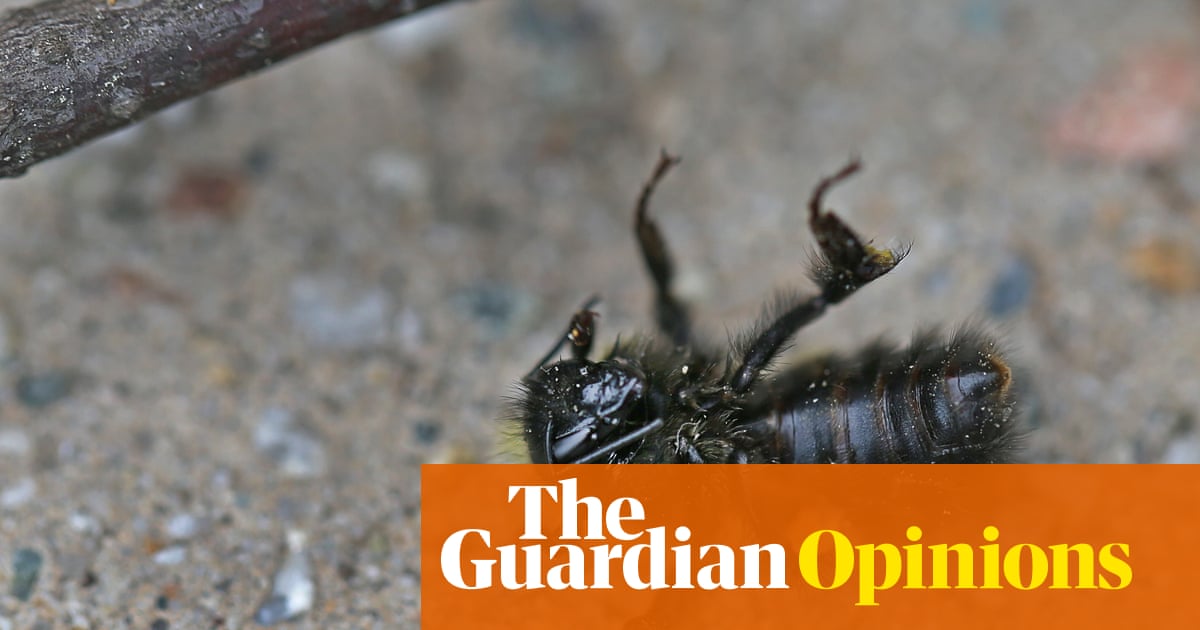 Why have 500 million bees died in Brazil in the past three months? | Thor Hanson

The likely culprit of the sudden deaths? The loosening of pesticide restrictions

The answer to that question is based on new information because long term studies did not take place and further manipulation of scientific evidence. New information is that glyphosate indirectly kills off Bee populations and other insects. By similar ways as a reduction of healthy bacteria in humans. Based on the widespread use it could have a more significant impact. It is also a desiccant and eliminates the food source and diversity that many insects depend on.

Erwin Preiner, a member of the Austrian parliament who worked on the ban, said:

"We want to be a role model for other countries in the E.U. and the world."

Now we’re talking. The opposite of the zero sum game - read ‘irresponsible’ capitalism.

I have no problem with capitalism - it’s that capitalism, like economics - are loaded words, with each mindset choosing to deify them, castigate them, or remain neutral.

Maxime Bernier, of the populist federal party in Canada, has just trashed Greta Thunberg - her Asperger’s Syndrome diagnosis - and effectively said she is mentally unstable, prone to depression etc…

Now Michael Burry, lead actor in the book and movie “The Big Short”, was in fact an accredited neurologist before he became the first man to diagnose the financial markets then running the show as an aberrant system about to crash, the tool of the crash being the derivatives invented by Salomon Brothers back in the early eighties, and by the early 2000’s spun up into what was accurately called a “Doomsday Machine” - which it still is, as it spins up again.

You know Michael Bury self-diagnosed himself as having Asperger’s Syndrome.

What has this to do with this article - see the bold highlighted above.

Moral people do still inhabit this world - even on Wall Street - even capitalists - maybe even economists.

The trick is to find them - and as in this article - to see them as role models.

Normal - a strange world - the great middle - most of us - in the heart of whatever bell curve you envision. Necessary - but INSUFFICIENT !

Interesting post. This data was from June 2018 before Trumps disastrous tariffs and the lingering Midwest floods: Brazil uses GM soy and corn on approximately 124 million acres, or 94% of its available farm land while the US plants GM soy and corn on 185 million acres. Brazil remains second to the US in GM soy and corn production. More than 2.5 million species of Insects inhabit the Amazon Rain forest and all are in danger from deforestation and pesticides. Imagine a world without butterflies and dragonflies?

I have noticed that the wasp and yellow jacket population is down this year I;m not sure if this is a cyclical thing or not. But we have a good crop of cukes and zucchini this year so the pollinators must be around.
Lettuce and broccoli not so good,but the kale is awesome.
No chemical fertilizers. Only leaf mulch (free), and I till in the compost pile in the fall. Since some did well and some didn’t I assume the PH is not balanced. Soil test next spring I guess.
Still have not qualified for the Roundup class action even though I kill the weeds around the garden with it.

In 2017, 27% of the US soybean crop was exported to China. In mid-2018, China abruptly stopped by US soybeans, getting them instead from Canada and Brazil, $14billion worth. A month ago, China announced they would no longer purchase US-grown anything.

Coconut plantations are another culprit in the replacement/destruction of rainforests… all for palm oil. Ugh!

Yeah, we avoid coconut products in our household. Damn stuff is in just about everything.

Why not pull the weeds by hand rather than use Roundup? There are good tools you can use for this if you lack the strength to pull them up by their roots. I have a big garden, but I consider weed control a daily exercise. We use steer manure for fertilizer and absolutely no chemicals other than soapy water for pesticides.

No chemicals AT ALL permitted in our yard. Though I wasn’t thinking last week while shopping at the Co-op and bought a bottle of coconut oil for baking. Oy! Won’t do it again. I promise!

Outstanding decision by China. On the other hand Canada is the world’s fourth-largest producer of genetically modified crops and grows more than 27 million acres of canola, corn, soybeans, sugar beets and alfalfa. I buy local organic farm produce and never supported Trump or his BigAg welfare queens. Unlike Trumps farm base, Brazil votes with chainsaws and pesticides. Germany votes using commonsense, precautionary principles and evidence based science. And I guess insects who finally get to vote.

I understand that horticultural vinegar can be used as a herbicide alternative. It has to be applied with care but the same is true for Roundup.

It’s my understanding that palm oil is harvested principally from the African oil palm, which is what is being planted in places like Honduras, where the government has confiscated Indigenous lands to turn over to corporate interests that want to grow the African palm, so they can harvest and sell the oil. Lots of land in Africa and Asia, on which the people and the wildlife depend, is also being grabbed by oil palm interests.