As the Chinese government on Sunday urged the U.S. government to drop its "Cold War mentality" and criticized the Trump administration's new nuclear weapons posture, released Friday, other world leaders also expressed alarm that the new policy for expanded development of "smaller" atomic weapons and reduced restrictions of their use was leading "humankind closer to annihilation."

Beijing expressed alarm over how the U.S. characterized the Chinese military buildup as it reminded the world that nuclear weapons should not be considered "first strike" weapons.

USA - the greatest threat to humanity the world has ever seen!

And not just its appalling nuclear militarism either; but also, its psychopathological obsession with gratuitously accelerating the burning of enormous quantities of fossil carbon in the face of overwhelming evidence of its catastrophic consequences - as many of the commercials on today’s “Super Bowl” will demonstrate.

It isn’t just DJT, Congress has their hand in making this pie as well by giving the MIC more money than it knows what to do with. Congress provides the Grand Stand that DJT stands on, his soap-box. They and the MIC are providing him with the fantasy of being Top-Dog on the pile of dead bodies world wide. We have a government run amuck and this scary dream of theirs is horrific. For me, this is domestic terrorism.

Separately, in a tweet, Iran’s Foreign Minister Mohammad Javad Zarif accused Trump of moving in a “dangerous” direction that was bringing “humankind closer to annihilation”:

If the American people do not stop this maniac soon, it may be too late before too much longer. Frankly, if Trump’s nuclear insanity is not somehow eliminated, it looks to me like we all could be eliminated!

Exclusive: Here Is A Draft Of Trump’s Nuclear Posture Review. He Wants A Lot... 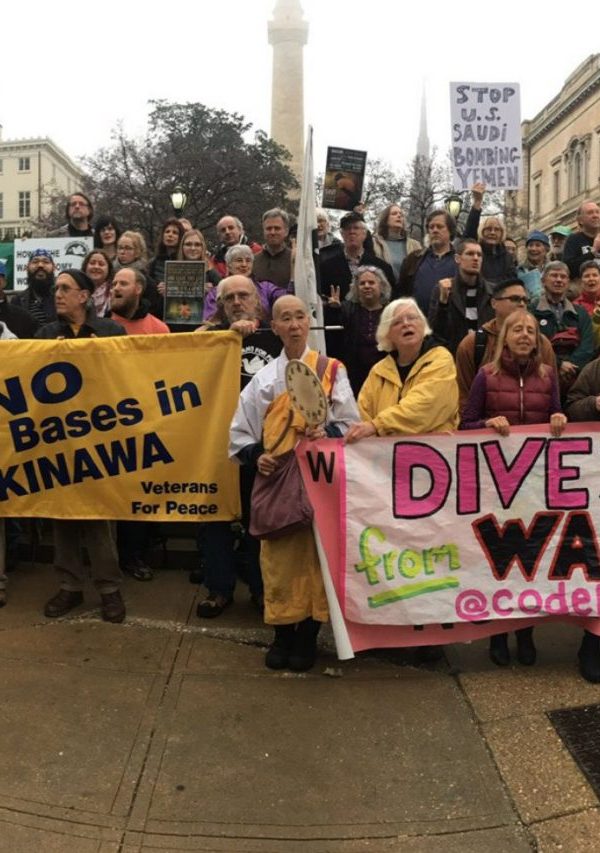 This week, following the recent announcement of a new National Defense Strategy that focuses on conflicts with great powers and a new arms race, the Pentagon announced an escalation of nuclear weapons development. The United States' military is...

Good point. Obama actually initiated the 1.5 trillion dollar “modernization” of the nuclear arsenal, Trump’s just making it so much worse.

An Amtrak train plowed into a parked CXS on a side rail killing two and injuring 116. Was this human error? Cyber sabotage? I don’t know.

Perhaps this country could build high-speed rail instead of bombs…

Never again: how fascism hijacks democracies over and over:

When I was a child in the early 60’s, my father built a bomb shelter in the basement of our home and I remember the “dive under the desk” drills at school. Combine this with the daily inundation of Vietnam, and it is no wonder that many of us who grew up from the mid-50s to mid-70s were, at the least, indirectly traumatized and terrorized (in large part because of the US government).

When “The Day After” aired in 1983, and the anti-nuclear weapons movement reached it’s height, their was hope we could avoid the MADness. However, our “leaders” kept these weapons even after the supposed major threat (USSR) was somewhat dismantled. And, our government hypocritically whined about Iran and NK.

Then, we ended up with Obama and Trump.

If the worst comes to pass, I hope I and as many others as possible are at ground zero. There is no “survival” possible.

I hear you. I live far enough outside of Philly so I probably won’t get vaporized. I’ve always figured that after everyone else evacuates (not that they have anywhere to really go), I’ll truck on down to the local liquor store, throw a cinder block through the plate glass window and get the Hennesy cognac, the 18 year old single malt scotch with some high dollar wine as chaser. Ya want to be a little numbed up when the skin starts to fall off.

By the way, I’m reading Daniel Ellsberg’s new book, “The Doomsday Machine”. The nuclear crazies have been around for a long time. Trump is just the latest one and wearing a clown costume to boot.

There is no “survival” possible.

Even though most of us will be dead the only good thing is the nuclear warmongers, like Trump and the billionaire, oligarchs, that do survive in their silos and bomb proof shelters will wish they were dead!

“The same people who supposedly believe that using weapons of mass destruction is a crime against humanity,” he added, “are talking about new weapons to threaten or use against rivals.”

Indeed. Again, the US has been the only nuclear power to have actually dropped two atomic bombs. If they were not moved by the horror they created both to the Japanese but to our collective survival because of initiating a whole new dark era of nuclear winter and the willingness to bring it on, they will not be moved now.

There must be a plan for Don and his seditionist ilk to survive Armageddon, or is he really that stupid and callous?

Leave to Trump to stir up fear about using nuclear weapons. He is a one issue candidate, the US should be a country for white people, but because of his massive support for racism he seemingly can get away with anything. Having cultivated over decades a racist base the Republicans cannot do anything but support him without losing their jobs. There is nothing really that we can do but get enough voters who are against racism to vote the Republicans out of office. It not going to be easy because so many voters get all of their information from the right wing echo chamber that constantly spews out lies about non-whites to stir up hate.

Recently a Drumpf voter justified his vote “because of his business experience.”

I asked, “How does that business experience qualify one to be an expert in avoiding nuclear annihilation?”

US scientists, engineers, and academics need to speak out against such potential threats to humanity and to make it clear that we will not collaborate on research or development of these weapons of mass destruction.

Anybody with contacts in the Union of Concerned Scientists, the March for Science organizers, or other similar organizations?