I never watched the debates , but I could pretty well predict whom CNN would pick as “the Winner”. 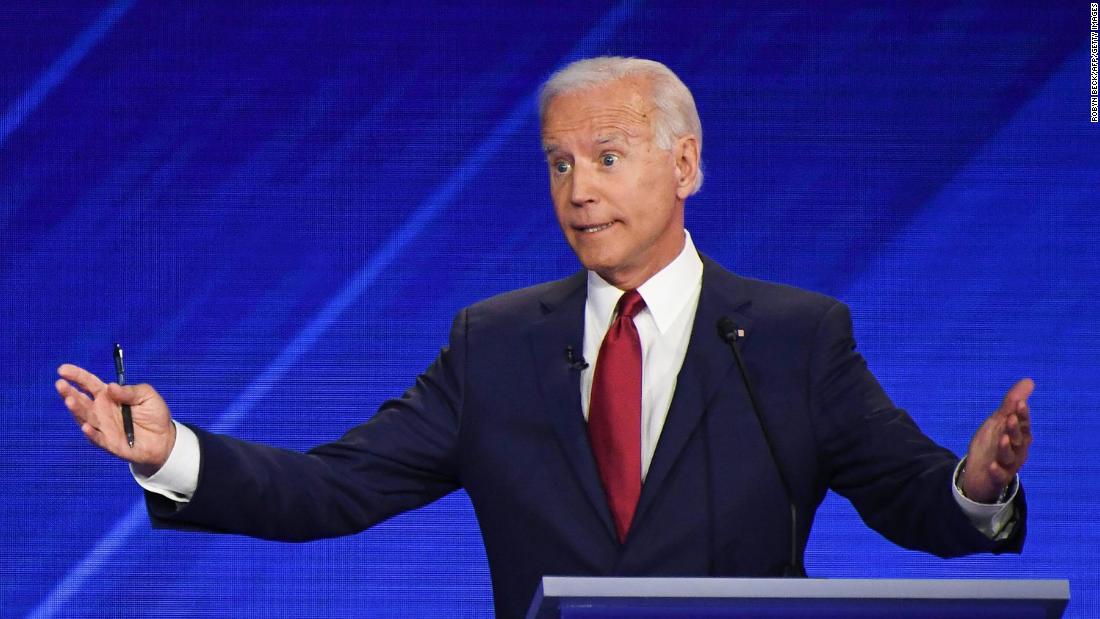 Winners and losers from the third Democratic presidential debate

The top 10 Democratic candidates shared a single debate stage for the first time in the 2020 race, trading body blows while drawing stark contrasts on issues like health care and criminal justice reform.

Sanders does not even get a mention.

I would say the anser is no, they can’t stop. A perfect example is harping about a middle class tax increase to pay for M4A even though Warren correctly explained (as has Sanders in the past) that what matters is the overall cost (taxes, copays, etc.) and nobody gives a shit if their taxes go up if they other costs go down more. Is Stephanopoulos a moron? Maybe. Maybe he believes his bullshit talking point is at all relevant (in which case, he is a moron). More than likely, he is just another pathetic MSM talking head who chooses to say the bullshit that will surely advance their career by ingratiating themself to people in power. Such a shame when there are plenty of smart people who aren’t so greedy who could be asking the questions.

I have a related question: can the more progressive debate participants (now I would say we are down to Sanders, Warren, and Yang) learn to respond to the GOP talking points from the other participants (especially Biden, Buttigieg, and Klobuchar, but the others aren’t much better)?

A perfect example is learning to respond to this Medicare Buy in nonsense. Yang was petty good at emphasizing the benefit to small business and individuals from a regular M4A system, but no one really pushes back by stating the basic problem: if we are funding many people who do not have enough money to pay for their health care with taxing people who have more than enough money, then there is no fucking way to make ends meet if all the richer people get to opt-out as they will save money with a private plan. Nor will rich people put up with paying anything extra in taxes - they will demand the optional plan be financed solely by the money of the people in the plan. For pete’s sake, this isn’t rocket science, that idea is obviously broken. The plan will be overloaded with sicker and poorer people than the national average. Can Sanders, Warren, or Yang just make this obvious point?

What is it that you think these poeple do? The MSM is not there get the “real story”, or ask probing questions. It is there not to report, but rather conform opinion to the dominant narrative that the ruling class, which includes the GOP, want us to have.

I actually think it IS a good idea for moderators in primary debates to parrot the other party’s talking points. Remember, while selecting a candidate who is most in line with your beliefs at this stage is good and all, ultimately the goal of the primary is to select a candidate who will win in the general. To this end, they need to be able to withstand the other party’s talking points. You see it frequently among the best GOP primary debate moderators, and we should do the same.

“If every other industrialized democracy can provide universal healthcare at lower cost, why can’t the United States?”

PROFIT! That’s it in a nutshell! How about WE actually get away from “the media” asking the debate questions and return to The League of Women Voters - you know the people that used to ask actual policy questions!

The whole “show” now is just that a SHOW for the voters and a way to shield the candidates from actually answering the questions that voters want real answers too. WE are in a “twilight zone” where the plutocrats do not want their apple carts upset and voters are dumbed down and divided by false equivalence and showmanship - not real policy or answers to real issues that Americans face daily!

That is an interesting point but I think the question can be framed completely differently and still accomplish the goal you are looking for.

For example, on that idiotic questioning from Stephanopoulos - if he had instead said:

(made up quote) I understand and agree with the argument that it is the overall cost burden of taxes + health costs that matters to a family and if their taxes go up, but their other costs go down more, they are of course happier assuming their quality of care stayed the same or went up. But do you have a strategy for making sure you can get this message across to voters who are hearing the Republican talking point of Democrats always wanting to raise you taxes?

Then Sanders and Warren can have a more interesting answer instead of feeling like they have to explain to the moderator what an idiot he is. Uggh - I am so annoyed by this.

No they can’t. They are being handsomely paid to do exactly THAT. And that will not change until they are broken up (when ever that happens)

We need the League of Women Voters to moderate and control all future debates. And the networks must be forced to air the debates commercial free as a public service,.

Who can say, but I doubt it.

LOL but I would add one other point.
If the questions to the delegates continue to be dumb and ridiculous—then the delegate contenders should also have pies to throw back at the journalists who came up with those corporately protected and created questions!

Thanks for the correction, Mark. Looks like I bought into not just a GOP talking point: Even the New York Times has published articles claiming that private health insurance would be abolished.

I looked at the actual bill.

It only prohibits duplication of coverage under the Medicare for All act by private insurers. See Section 107(b).

Gosh. A rare voter who takes a moment to get informed. If there were more like you, we’d be a democracy rather than an oligarchy. Thank you for sharing the link to the actual bill.