The issue again is with the system called “The Market” where housing is seen just as another commodity that is bought and sold on the market. Housing is now a source of wealth rather then shelter.

My own building is due for demolition and while not having received notice yet I was looking around at alternate places to rent. Most rents are double I pay now. The area I live in , when I first moved here was considered undesirable but recently developers saw the potential of the area and started taking down forest to put in buildings. Right across the street from me a new rental unit went up. The rents they more then twice as high as what I pay now. Our building is much older as seen as an eyesore so many of the people moving in want it gone.

The same happens in Vancouver’s downtown east side. Older poorer neighborhoods are gentrified and as that new crop of people move in they complain about the older buildings or the risks posed to themselves and their families by the poor still living there.

On a daily basis on the radio I listen to them talk about the tent encampment in a park in the downtown east side. Now to be fair the radio host do express concern about the poor and where they would go if it town down. They do bring on people speaking from both sides and they have argued directly with advocates for just ripping it down and throwing the people out.

In other words it not just a problem with Developers and City Councils , the people are lacking empathy as well. They are worried about “property values” and their own investment more then they have a concern for the plight of people sleeping in streets.

The issue remains that no one has a real answer for homelessness. None of them have the real answer because all trying to make solutions fit the “Free market” model as insisted on by Capitalism. As with health care it does not work.

Yes, we have to take the approach that Finland has taken. Every “Neighborhood” has to have a mix of all types of housing. The poor middle class and rich do not have to be segregated from each other.

There are actually small businesses closing shop here in Vancouver because they are in areas that no one that would work in such a business as an employee can afford to live. The reliance on the “market” is idiocy when it comes to housing.

Just curious… I understand housing costs are going down in Vancouver and area referencing NDP policy of taxation etc. Is that true??

Not so one could notice. There a slight dip in the price one can get on the market when selling a home but those homes are out of range of most peoples anyways. There still a massive shortage of Rentals.

The policies are not addressing homelessness at all. A house dropping from 1.5 million to 1 million is not going to make it more affordable to a person making 30k a year. The problem is that LAND is still privately owned. The people that bought a home for 1 million plus dollars are not going to want to see more affordable housing in their neighborhoods as their houses will lose value.

Thanks for your response and your excellent informative responses in general. You would think NDPer former Trent grad Horgan would be more proactive re: affordable housing. (Nonetheless that’s an incredible drop of one-third in house values… if true!!)

My apologies that I gave the impressions that house prices declined by a third. I was just trying to make a point that the lower price still unaffordable to most.

In reality house prices declined about 20 percent but have stabilized and are expected to regain the peak values by 2025.

Sorry you are in a squeeze. I’ve had that myself before although it was for making the apartment buildings into condos. In each case I was able to move but it was tight.
I wish you luck. I really enjoy your intelligent, well-written comments. Thank you.
Here, in Kansas City, we too have had those “undesirable” areas which were populated with creatives because of affordability. Those creatives in turn set up areas people loved to come to and that, in turn, drew in “developers” (of what should always be asked).
Of course prices skyrocketed, chasing out the creatives who had become the heart of thriving, fun, colorful areas. When they leave, what is left of the newly desirable neighborhood?
A few years ago I remember a story from NYC (Brooklyn, I think) where this kind of thing happened in a building which evicted a popular nightclub. It was one of larger attractions for residents in that area. The building wound up hiring them to come back to give shows (trying to retain residents - not the same, but a lesson about self-defeating greed).

It would be interesting to qualify at what point the normalization of homelessness reached Canada. Here in the U.S. I was writing for the Bay Area alternative press back in the 1980’s and finding myself encountering academics and local policy-makers on both sides of the rent control issue taking up the Reagan line on how the U.S. Homeless were reflecting the best of our “Personal Liberties” insisting the homeless were exercising en masse their right to live outdoors.

Today’s academic elite who still disclose their potential conflicts of interest on their cv’s are not welcome in the Golden Rolodex of corporate-captured and regulator-captured Mass Media and Business News Massage. Here is what Canadians like their U.S. distracted masses to the south will need to teach themselves as our greatest technological tools of Mass Communications are for selling and “Always Be Closing.” Not for analyzing, critical thinking or educating:

“We” and “Our” was meant to indicate the U.S. as leaders of the Free World and wherever personal liberties were un-tethered from social responsibility the way that global capital would soon become under the House of Clinton-Rubin-Summers-Greenspan unfettered from the previous 4 decades of capital flight felony charges and money laundering or “structuring” laws.

Once the Soviet Union in 1988-89 melted away and Gorbachev yielded to eager wannabe oligarch Boris Yeltsen along with the former Empire’s Apparatchiks of Industry, Washington’s Cold War Industry turned to the new challenge of designating a new group of nation-states or non-state ‘terror networks’ as the Enemy In Chief to keep Daddy Warbucks Peace Dividend from deflating the arms race against the old empires newly emerged as State Capitalist Enterprises. These LLP’s like China’s New Mandarins, more often than not retained Kissinger & Associates for state needs and Goldman Sachs for captive capital’s wants. The Russian Federation under Vladimir Putin retained Ketchum Communications for winning over the hearts and minds of Reaganized and Trickle Down syndrome suffering Wage Stag-Nation and Food Stamp Nation.

Financialization under Thatcher began the conceptual heavy lifting that the Mighty Wurlitzer under Reagan and Voodoo E-CON House of Bush would ride steps ahead of the S&L collapse and tax-payer bail-out followed like clockwork after the House of Clinton signed the Gramm-Bliley-Leach Bank Modernization Act of 1998 allowing Glass-Steagall Act constrained U.S. Banks to become full-fledged too big to jail\fail “Supermarkets of Financial Services.”

Now in the 21st Century we have the serious global academics in E-CON programs and Business Schools keeping the analysis of new financial instrumentation and the Lawrence Summers fixation on pooling socio-economic risks while privatizing profits through an ever-expanding repertoire of Public\Private Partnerships. Wage Stag-Nation became entrenched and the Neo-Liberal E-CON doctrine being embraced by most Old School Conservatives weaned on the rhetoric of the Protestant Work Ethic, wherein one’s investment capital should do their work for them and then be reinvested in order to offset 90% tax rates on the highest corporate capital gains earnings. The Shrink Big Government movement restricting all government action in answer to socio-economic crises caused by Market Forces to solutions based on Market Forces.

National Security Threats generated by de-regulated Market Forces rather than Communist or Islamist socio-economic sabotage threatened the water supplies of our major cities like Flint, Michigan, Newark, NJ or PoTown, Ore’s Public Schools and lead pipe water mains leaching more than the Code Red placed on lead paint chip in the housing projects and low-rent apartments of the poor…

Desperate deflationary spirals with their attendant Stag-flation for the Clock Punchers and Wage Slaves and spreading gap of revenue flowing to the hierarchies of corporate officers and investors or the idling of off-shored capital and low-wage de-professionalized Gig E-CON day laborer forces. We’ve all been Sears Transformco’d and the methods of mass displacement and financialization are above reproach. Even if we put some necessary new criminal law statutes on the books fleshing out some of the more recent financially innovative decades of corporate bribery, non-disclosed conflicted interests, fraud and malfeasance we’d have to restore criminal prosecution of government and corporate malfeasance like the not-so-long ago days of trial and sentences for the Enron boys, those Smartest Guys (and Gals) in the Room.

Safety Deposit Boxes in the sky (vacant newly constructed condos gone to lease for foreign investors) is the useful paradigm shifting image used by the Swedish documentary filmmakers of PUSH, which has yet to be screened or open for bid-net in U.S. Ferget about Public Interest Broadcasting airing it as was the venue for its first showing in Sweden, Norway, Denmark and Finland…

Here’s Oakland December 2019 and the fallacy of Supply\Demand doctrine along with new formless shape of on-the-ground resistance:

Fix California's Housing Crisis, Activists Say. But Which One?

Tenant activists and YIMBYs in the Bay Area and Los Angeles both want housing. But the agreement ends there.

As a footnote the former silent member of Oakland Police Department during the PD involved human trafficking practices that led Oakland Mayor Libby Schaaf to describe her local Law Enforcement monopoly on guns as an ‘out of control frat club,’ that silent Oakland PD operative was tapped about a year ago to lead the militarized PoTown, Ore PD.
See Amy Goodman & Juan Gonzalez’s DEMOCRACY NOW special with the 2 local press journalists who uncovered layers of Police hierarchy corruption on both sides of the Bay: 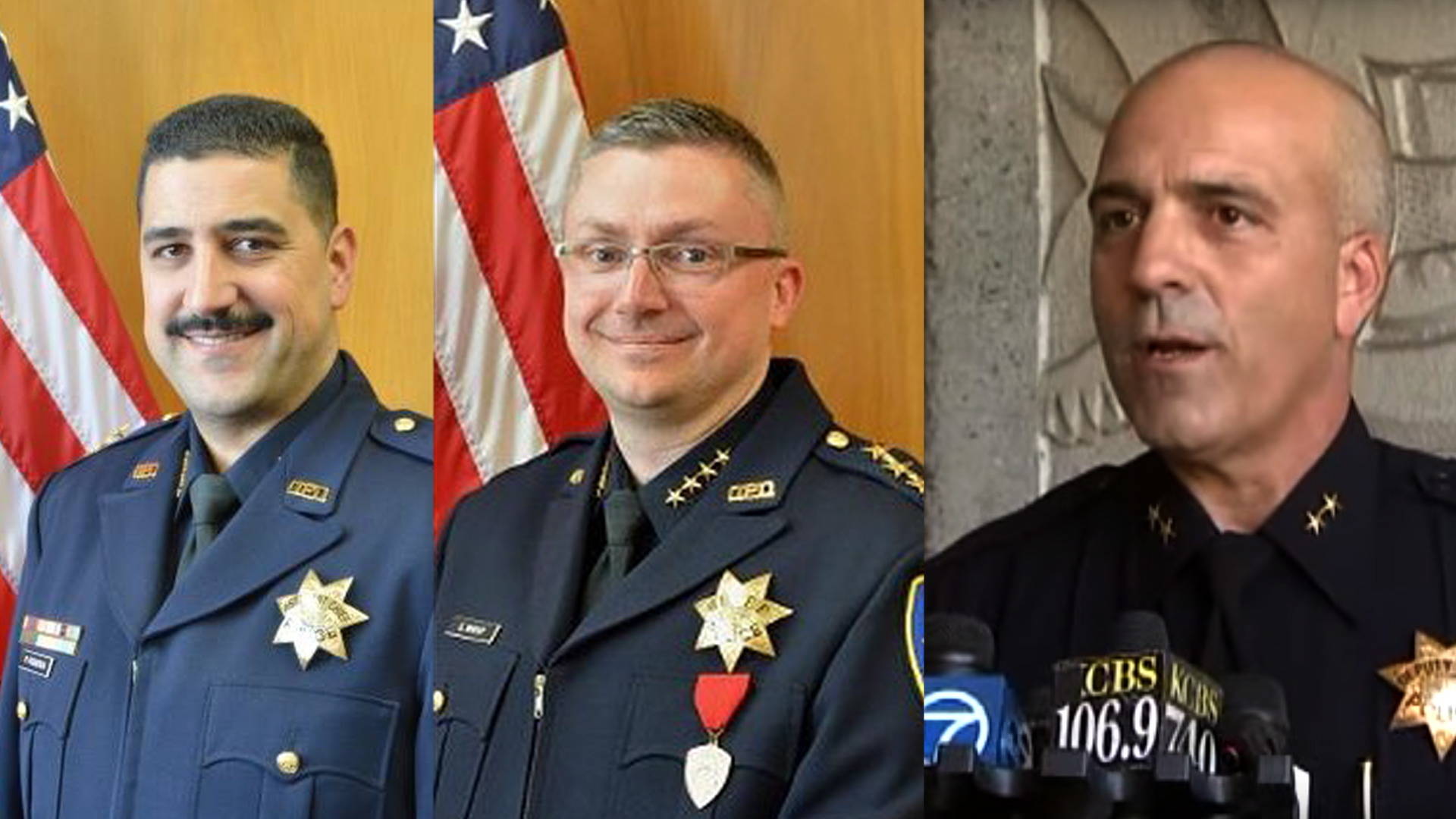 In Oakland, California, a third police chief has resigned in just over a week amid a massive scandal in which multiple Oakland police officers are facing allegations of statutory rape and human trafficking after allegedly having sex with an underage...

Our new Police Chief Danielle Outlaw (great name for law enforcement, carries street cred) was barely in town from OakTown to PoTown before she made time to appear on Right Wing Radio icon Lars Larsen’s AM hate broadcasts while cozying up to head-smashing of AntiFa’s sympathizers via Police Intel liaison. 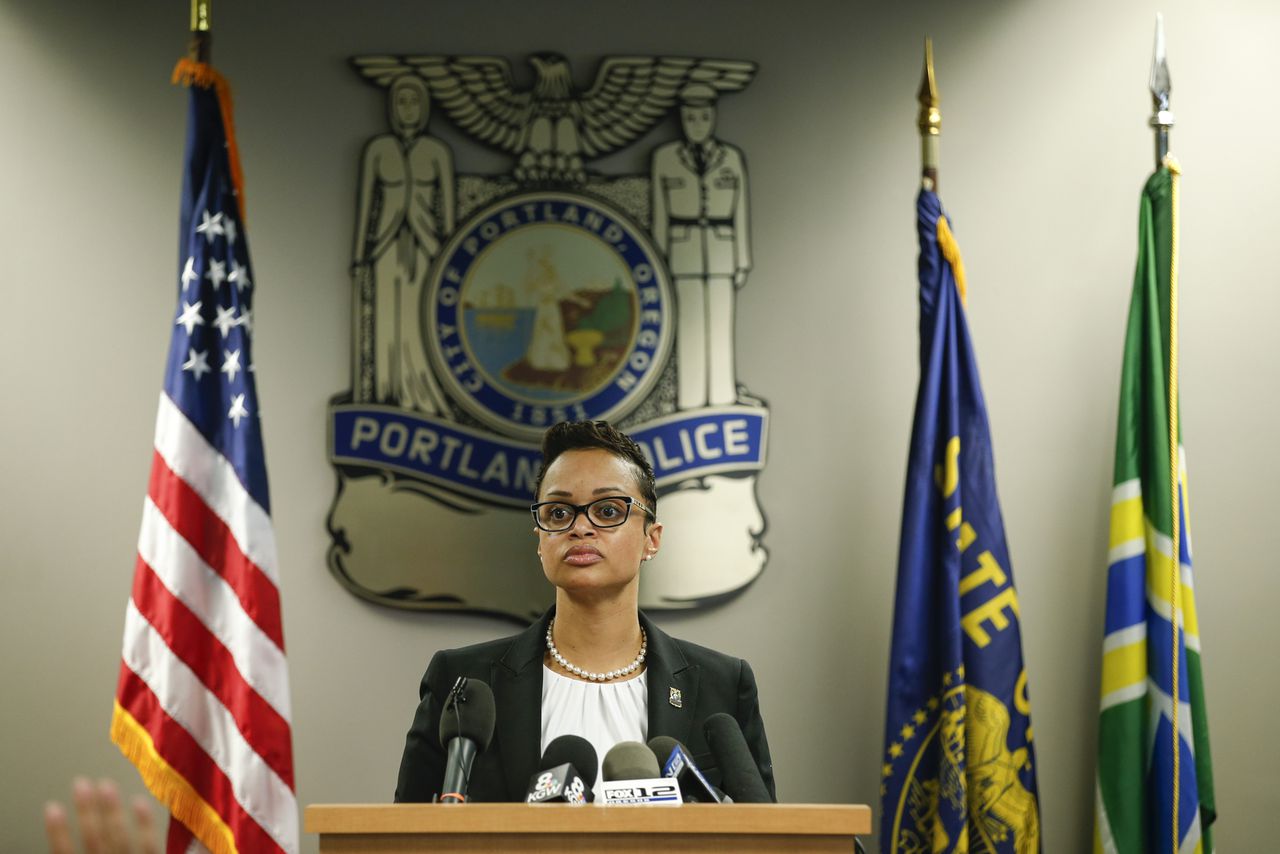 Outlaw thanked Portland Mayor Ted Wheeler and praised her colleagues: "I will forever be appreciative of my experience here."

A lot of people are going to Tiny House Nation as an alternative to conventional and ever increasing corporate housing.