Thank you for that.
While this factual 2 year story is an example of which seems to be an emergence of fascism in this country it is in fact not new behavior. However to let it stand returns inhuman laws worse than those before 1863.

“We’re stunned that someone put this in writing,” Wells said of the city’s argument, adding that for undocumented immigrants, according to Southaven officials, “storm troopers can come into your house and kill you without regard to any constitutional results or repercussions whatsoever.”
*I predicted this sort of thing happening way back at the turn of the century when the “Supremes” stopped the election and appointed the shrub as president.
*And now, just as in 1930’s Germany, our SS and SA have virtually no checks and balances on their actions. More concentration camps are being built,and more classes of people are being charged and sentenced. Citizens and immigrants die in these hell-holes and their killers go free and often get raises and promotions for their acts. We are getting very close to the way it was in Germany, when the Brownshirts could go into any home, search it, and if they find anything they don’t like, books, papers, pictures, they can drag the people into the streets and throw their libraries and furnishings into the street to be burned or otherwise destroyed.
One of the “jokes” of the SA was to take into the street those people, who were told to leave immediately, then shoot them because “They were trying to escape.”
*When I predicted this, two decades ago, I got roasted. “This could never happen here! This is America, a land of freedom! Maybe in Nazi Germany or Soviet Russia, but not here! We have a Constitution!”
*Riiight! Tune in tomorrow, or the day after…
;-})

But corporations do. That is how it is in the U.S.A.

Agreed. That is the nature of the economic system that the Profiteers have set up and manipulate. On the other hand we humans will always have to sustainably harvest many of Mother Earth’s natural resources that she freely gives to us as occupants of the planet. Fishing, sustainable agriculture and many other takings of natural resources can be done in harmony with the Earth and not with the operational methods of pillaging, plundering, exploitation, accumulation and hoarding that the Profiteers now operate their worldwide economic system under. Led by the Profiteers of all times and places, whether you call them kings, capitalist or communists they are one in the same, humanity has been marched to this very point of the inevitable destruction of economic exploitation. If there is any irony it is that the unintended, unanticipated and blatantly ignored side effect of the so called Industrial Revolution we call Climate Change that is rapidly doing us all in.

Those who are ignorant of history insure that they will repeat the worst of it. The rest of us are going to have to learn to hide in the open.

Translation: “We hold these truths to be self-evident, that only white property owning males are created equal and endowed by the Creator with certain unalienable Rights, and only they can enjoy Prosperity, Life, Liberty and the pursuit of Happiness.” Ain’t much changed for We, The People since 1776. Yes superficially The Declaration Of Independence is perhaps the most beautiful, spiritually inspiring and poetic documents on government ever written. But to venerate it as we do we must ignore all of those who were NOT included in the document. Women. African-American Slaves. Free African Americans.
Indigenous Americans. Non Property Owning white males. Any other minority racial group. Sadly, most of us never notice that Jefferson never talked about participation in governance of the new nation. It was assumed that participation in choosing representatives for the government would be done by their number. Many of the founders believed that the purpose of the government was to protect the Elite from We, The Mob. The subsequent Constitution in 1787, codified that school of thought into the law of the new nation. Ever wonder the real reason that the Constitution doesn’t determine who has the right to vote but leaves that to the various states? Why we have an Electoral College? Senators were chosen by legislatures of governors of states? Could only vote for members of the House Of Representatives if your state allowed you to mostly as a white property owning male. Why slaves were only counted as less than a person? Why women were totally cut out of the process of governing and without rights? It is all because the Founders, by and large, considered the job of government to protect them from We, The Mob. Jefferson was a highly intelligent man. A man of privilege. A member of the cream of the colonial Elite. He could wax about these new found rights that superseded even those granted to a king all the while laying the foundation of a nation of the 1%, by the 1% and for the 1%. There have been significant areas of improvement since then but basically the function of the 1% has continued to reign as we are sung lullabies of democracy and freedom in the American Empire. Our job is to retranslate the beauty of the Declaration into a nation where all are equal and all participate in the system of economic governance and enjoy prosperity not rationed by the Profiteers. It can be done. It has to be done. We just have to do it.

So foriegnors are consider free targets for law enforcers in Mississipi, guess where I will never travel too. Seriously do they give law enforcers bonuses for killing tourists, say paying double for children because they are small and quick targets.
Be proud America, I could not imagine anything as disgusting since the Nazi’s in world war two, well done mississipi.

If you are a regular on this site and still live in America, i can only urge you to move while it is still possible to do so. Even if it means a reduction in living standards it will still be vastly preferable to what comes next.

Mississippi is the Wal-Mart of the United States: boycott it like the plague.

At present, folk who have a lot of wealth have more rights than those who do not.

Additionally, the government and financial sectors, equate the value of human beings with their monitory wealth (present and expected lifelong cumulative total).

Denying constitutional rights to non-white immigrants, Indigenous people, and folk of color, has been the practice of the US since it’s inception. While this is reprehensible , at least it is finally being publicly acknowledged.

Seems to me that this is a practice that is world wide. I’m thinking of Australia, Brazil and all of South America, South Africa and many others. Look at India with their caste system that existed before the British took over. In fact the communists in Russia and China have and are using the same systematic controls of isolation and re-education in their “camps”
Hate and fear are very strong forces that are manipulated by those in control to enforce control. and life for the workers of the world has always been a continuous series of struggle.

I believe Stardust that the UN has already issued travel warnings to the USA.

Seems to me that this is a practice that is world wide. . . .
Hate and fear are very strong forces that are manipulated by those in control to enforce control.

That is absolutely true, and its is very helpful to analyze the present, and historic, worldwide patterns of government control and oppression. However, that does not take away from the importance of focusing on the fact that the US government is now, and has historically, engaged in the practice of denying rights, and systematically oppressing, poor and non-white folk - citizens and non-citizens.

Point of information: Russia is not a communist country.

However, that does not take away from the importance of focusing on the fact that the US government is now, and has historically, engaged in the practice of denying rights, and systematically oppressing, poor and non-white folk - citizens and non-citizens.

Where did I try to disable or delete the harm that the local and federal governments of this country are guilty of? Where did I write something to devalue your statements.

Thank you for that.
While this factual 2 year story is an example of which seems to be an emergence of fascism in this country it is in fact not new behavior. However to let it stand returns inhuman laws worse than those before 1863.

Many posters here are too damn sensitive!

As far as Russian not being communist, I used present and past tense verabage. the present includes China and the Past Russia Map created by Antonu via Wikimedia The map above, shows the locations of the Soviet Union's Gulag forced labour camps, that existed between 1923 and 1961. This system has also become known as the based on the title of the book written by Soviet... 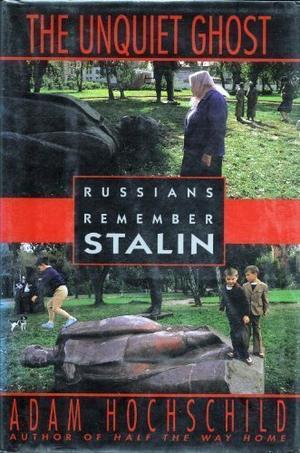 Although 20 million people died during Stalin's two-decade reign of terror, Russians have only recently, with the advent of glasnost, begun to confront their memories of that time. In 1991, journalist and memoirist Hochschild (Half the Way Home,...


Referencing history does not absolve current inhuman injustice. There are many that say that society should learn from past mistakes but I question this premise.
Mary_Grayeske October 1, 2019, 10:02pm #36

Injustice is ripe throughout the country and especially rural US

“Last year, Flowers’ work made headlines when residents of Lowndes County tested positive for hookworm, a disease once thought to be eradicated in the United States, at an alarming rate. For years, Flowers has raised the issue of inadequate sanitation infrastructure in the majority-black county. The problem is so severe that raw sewage leaks into the yards of county residents, allowing the disease, associated with deep poverty, to thrive. Flowers told The Guardian and a UN special rapporteur on extreme poverty that when she pressed authorities to treat the issue, they worked with white-owned businesses to fix their waste systems, rather than helping the county’s black residents.” 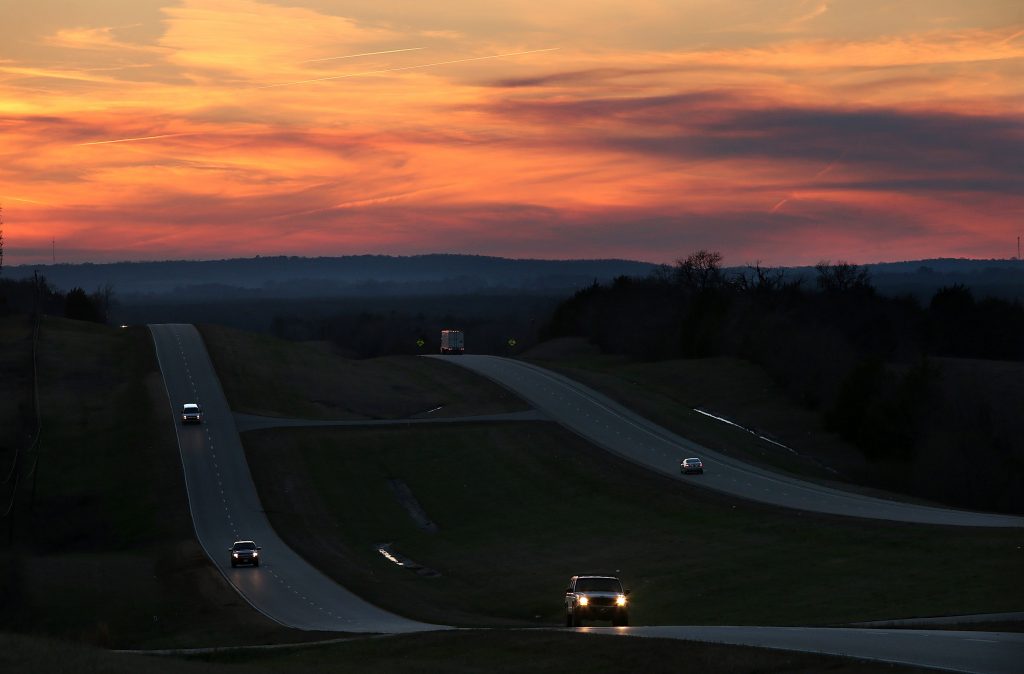 To Understand Inequality in America, Look Outside of the Cities

In 2010, I was living in Ridgecrest CA where the countries largest Naval Weapon Testing Base is located. Many engineers work on the base and live in town. During my stay there I read two articles in a local newspaper written by immigrants from Eastern European Countries warning about the impending rise of right leaning governments. The message from one educated individual stated something like THE US IS THE LAST BASTION OF FREEDOM, DO NOT LET IT SLIP AWAY. The other writer was a camp survivor who said similar stuff.

Where did I write something to devalue your statements.

I did not state that you wrote something to devalue my statements. I noted that reflection of general patterns of societal inhumanity does not take away from importance of also focusing on the specific manifestation of such injustices, such as the topic of this article - non-white, non-wealthy, undocumented immigrants. The reason that I mentioned this is that, given the present degree of social injustices, whether it be through intentionally efforts of deflection or unintentional responses to overwhelming information, the focus specific instances of injustice can get lost as these instances become meshed into a generalized sense of background ‘noise’.

Many posters here are too damn sensitive!

This is a good song of history. But ears want to hear “Mississippi” by Bob Dylan, or " Mississippi Queen ".
by Mountain.
Today is the 50th anniversary of the U.S. release of Abby Road.