By all means fight against fossil fuel investments. But, it would be so nice if somebody succeeded at a proof of concept to show that a house can be heated and cooled with 90% less grid electricity, with only a few PV panels on the roof, a dessicated rock bed and a heat pump. The entire world would then change over and 50% of all natural gas use in New England would be gone.

It would be so nice if we had a number of new inventions to store solar-source electricity for night generation. The old standby, hydropumping, takes up land and sometimes causes greenhouse gas and mercury releases when built.

It would be so nice if we had a truly inexpensive alternative to freeways. We could at least build an inexpensive HO model of the system, then think about funding the R&D.

I already have proof of concept of a zero-fuel off-grid greenhouse. That job is done! You can inexpensively grow tomatoes anywhere and in any month now. Now isn’t that more hopeful than tossing rotten vegetables at the natural gas utility’s corporate offices? I didn’t say more enjoyable, I said more hopeful.

Inventing is positive, but it takes time, money, people and risk. Are these good enough reasons not to displace the entire fossil fuel industry worldwide forever? No, not good enough.

Fossil Wall Street is a tar pit for investors. There will be no exit.

And there will be no sympathy for dumb dinosaurs.

The MSM as criminal enablers:

Can capitalism be an ethical economic system? That is the assumption of this campaign.

I suggest that very much like sweat-shop exploitation or BDS, when some businesses and banks hold back investment, others will spot the opportunity to make a profit and step in. They will take advantage of any gap in the market.

Shadow banking will offer the finance.

We have powerful countries who are intent upon business-as-usual and they will not sacrifice their national interests.

The biggest problem faced by institutions of all stripes is how interconnected they are within the whole scheme of capitalism. That is, to stop financing fossil fuel industries would hamper the profit making apparatuses of the financial institutions. It would also require all of the world’s citizenry to reduce the use of fossil fuels. I’d start with the militaries of all the nation states first. It’s the very nature of being intertwined within structures that we all depend on, say, just going to the market to purchase food for the week. That involves a process that requires considerable use of fuel, from the farm and use of fertilizers, to harvest, processing, trucking to the market, and the energy used by the market itself, and the trip to the market using your auto. So stopping the finance just hits one aspect of a much greater problem overall.

Okay, cool. I thought Australia might have some weird response to climate change. twitter.com/nypost/status/…

Australia will have snipers in helicopters shoot down thousands of camels to conserve water https://t.co/KewDwv7vkb https://t.co/TeKbucHxW7
1 Like
izzy January 10, 2020, 1:38am #9

Well, let’s hope this push has more success than holding CO2 to 350 did.
One thing that seems certain at this point: it will all end badly.

Just to check the site, we’re at 413.59 today, probably heading for about 418 ppm next May 15. Nature doesn’t care what our little problems are.

Come General Artificial Intelligence, our current jobs are going to be disappearing at a prodigious rate. We need to begin inventing the jobs that are going to take their place that AGI cannot do.

In addition to a huge increase in the size of the helping professions - people helping other people - would it be wise to expect the adoption of technology that allows an increasing majority of us to only eat food that has been hand grown locally, hand processed locally, and hand prepared locally? A radical decentralization and demechanization of our food chain?

Here a Corporatists spin on this , suggesting Iran behind destabilization efforts throughout the Middle East and concluding that along with providing jobs and income to the working class, Canada should take advantage of this execution to promote more Canadian Oil be used in the World Market.

Don’t shut in Canada’s oil yet: We just got a wake-up call on how important...

Opinion: Canada’s wealth of natural resources now suddenly looks a lot more useful and valuable than it did just weeks ago

Climate change alluded to but the author seems to believe that Canada somehow special and can burn oil and exploit the tarsands in an environmentally friendly manner. When PROFITS enter the equation and it becomes about profits and jobs there always the type that think there somehow a magical means of burning hydrocarbons that will not result in harm.

Gwyn Morgan: After deliberately turning itself into a climate-change martyr,...

For all the economic, social and national unity pain inflicted, our sacrifices will have no perceptible impact on global climate change

In this second article the author suggests that the impact of Canada reducing GHG emissions would be statistically insignificant so concludes that we should not bother to try as we can make a greater difference by continuing to pump out the oil given Countries like Saudi Arabia will simply supply that need and it better Canada as a champion of Human rights supply that oil then have Saudi Arabia supply it.

The author fails to understand that if every Country took “it better we produce the oil then someone else” attitude then there simply no way use of the same will ever be curtailed.

And Australia is burning. 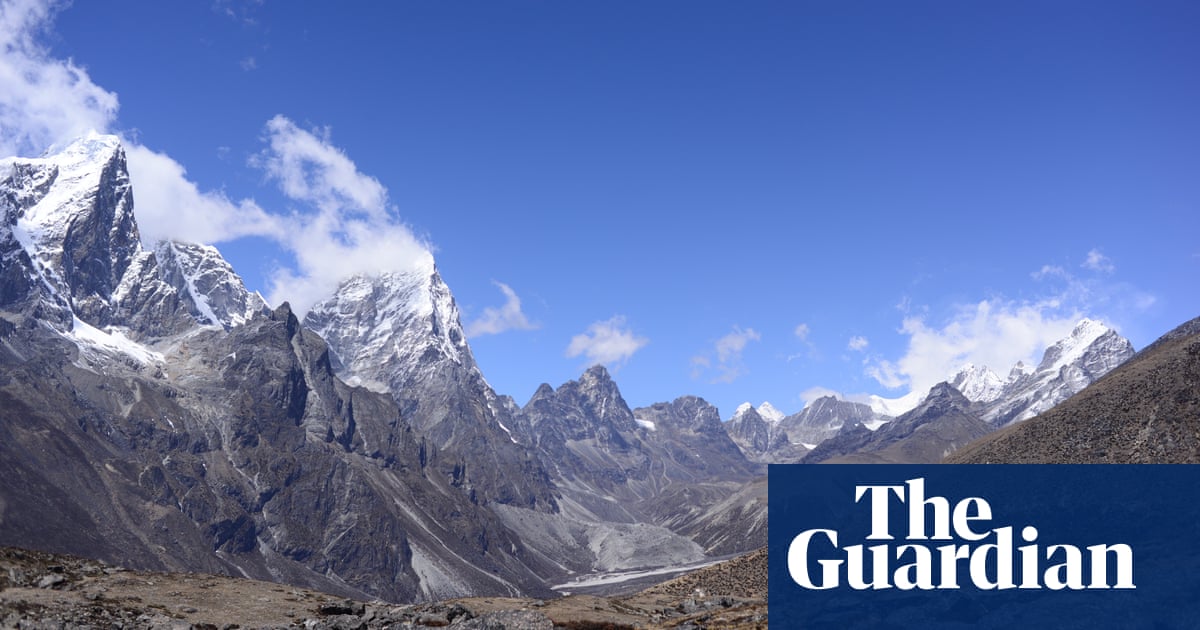 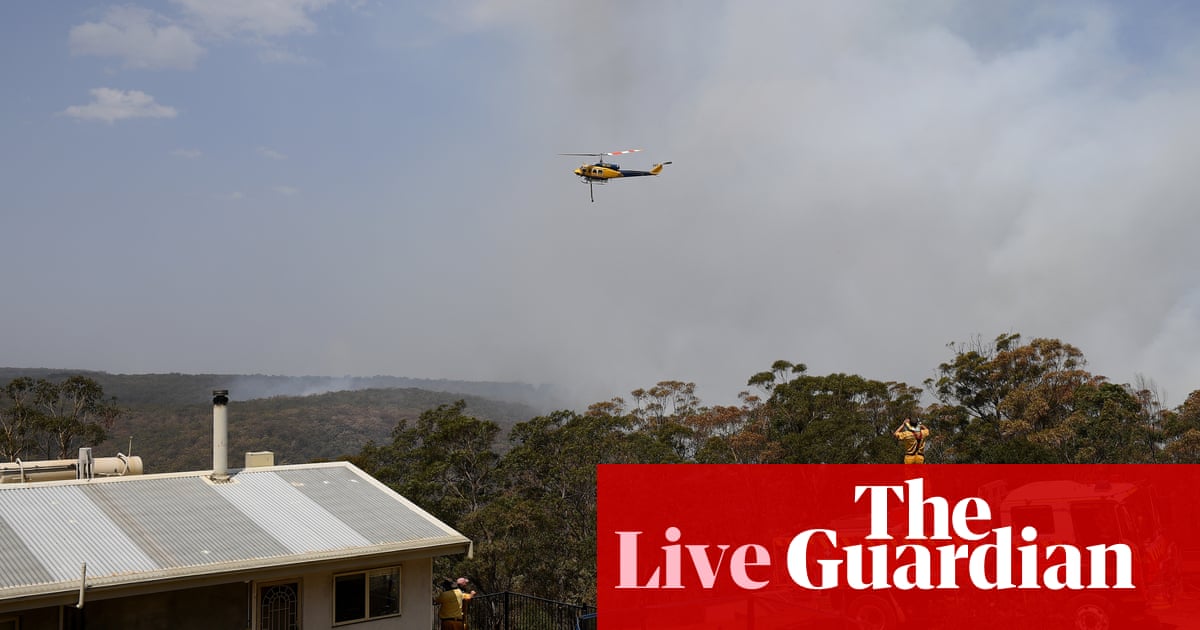 Exhausted firefighters on Kangaroo Island continue to battle blazes while there are fears bushfires could merge in NSW and Victoria. Follow the latest news and live updates

I’d start with militaries, too. I’d like to see this article rewritten to go after military supply companies and shutting down foreign bases. I’m really hoping that shutting the Iraqi bases will happen and start a trend.

The old neighborhoods of China all have local medical, pharmacy, fresh produce, haircutting, drinks, restaurants, butcher, phone store, and tools supply within walking distance of every neighborhood. I don’t have a vehicle and I rarely use a bus, but buses, call-a-cab and bike rental are also everywhere. I love my old Chinese neighborhood.
Um, this arrangement works better with high concentrations of people…needs some multistory living to support close-in shops.

The age old problem, far surpassing the American experiment, is that the aristocrats always side with aristocrats. Who else can they trust to protect their privilege, entitlement, social control and aristocratic welfare?
Unseating aristocrats, though seeming to occur earlier in world history, upon examination has not occurred, as they still remain strong and in-control, dominating as the upper class stranglehold on power, propped up by their middle class minions and ignorant masses who both believe the lies they are told. Freedom and patriotism, and god help us, democracy, are yelled from the bully pulpits and board rooms while authoritarian politics continues its slow grinding descent into hell. Millions live in squalor while the dark lords speak of the strongest economy ever! Pollution kills many while the news talks about another wonderful day in the megalopolis! Fresh war awaits to replenish aristocratic pockets always deep and hungry!

Removing power from monetary control is a difficult road that no one has successfully achieved in modern politics. We all know this can’t end well, and this is true even without the revolution that would actually create democracy for the first time in America. Knowing that the fundamental structures existing from the nation’s inception would need be significantly renovated, progressives have lifetimes of work ahead of them trying to change what the powerful insist cannot be changed.
Strap on that shield and bring your wisdom heart to strive for what will truly benefit all people. It is much more peaceful going to our graves knowing we worked against but failed to stop the ravaging corruption and normalized brutality of conforming and performing like sheep. The sleep of these dead will be the greatest gift to people who truly win even while they are losing.

Wall Street is as big or bigger than the fossil fuels industry. As long as they can steal everything they can grab conditions get worse every day. Trump/GOP motto lie, cheat and steal.

Money is the only language ANY and EVERY industry speaks. Industry and capitalism are almost synonymous, so in order to keep the planet viable for human habitation it is necessary to deprive industry in general of money.

The good news is that we are moving in that direction from at least two sources. On the one hand, the movement to expand clean, sustainable energy is expanding apace. On the other hand, the truly mad dash toward AI and robotics may break the historical connection between the loss of jobs due to new technology and entirely new industries. If so it could lead to mass starvation, not only for people unable to find any work of any kind anywhere, but also for industries themselves, which collapse in the absence of demand due to unemployment.

But hey, on the OTHER other hand (sorry, I’m an economist), that may be a huge blessing in disguise. How many people really enjoy their jobs? How many get up every morning relaxed and confident that just by performing their everyday tasks in their communities they are contributing to the general welfare? The very notion of a “job” is VERY modern, arising effectively only with the Industrial Revolution itself 3-5 centuries ago.

As Joni Mitchell told us so many years ago:

We are stardust, we are golden
We are billion-year-old carbon
And we got to get ourselves
Back to the garden.

Civilization did not begin with the iPhone in 2006. For almost every “modern convenience” (gadget that has been around for less that one human life span) that we lose when–not if–the present system collapses (or if we’re really, really lucky and change course voluntarily so under control to some degree), we regain two pieces of ancient wisdom we had discarded along the way, while (if we’re lucky) retaining certain modern boons such as antibiotics. OK, maybe it’s to late to salvage antibiotics. But interest in two immediate predecessors of antibiotics–sulfa drugs and phages, which were abandoned before their true potential became known–is growing rapidly.

The only sure way to fail when it seems like everything is going to hell in a handbasket is to do nothing.