You beat me to it. I was going to point out how Jews must have really paid attention while the SS was herding them in to ghettos and concentration camps, as they have used the same plan in Gaza. Impoverish them. Starve them. Then when they become desperate enough to rise up, slaughter them swine.
The Nazis did indeed win WWII, as their legacy has utterly corrupted the governments and militaries of the USA and its faithful lapdog Israel.
America/Isreal uber allies!

There isn’t another conflict that pits a fully armed and militarized people claiming religious right to take by force the lad, water, resources and lives of another mostly civilian, mostly unarmed, powerless to protest the crimes of the other on their men, women, and children. A racism that must not be tolerated any longer. Israel is a confusing entity claiming religious status but using ordinary war crimes and ethnic cleansing to take the lands and future of the Palestinian people. No state has used their history and propaganda as relentlessly or as cynically while committing brutality, racist discrimination and ethnic cleansing, and unconscionable violence against civilians or anyone that challenges their half century Occupation, illegal colonization of occupied territory, and malignant racist violence!

.Zionism IS racism! A vicious violent racism by people claiming to only be “defending themselves” while seeking peace - that is the big lie repeated ad nauseum by the racist Israelis and “settlers”! Fifty years after Israel occupied the West Bank and Gaza Strip, it controls these areas through repression, institutionalized discrimination, and systematic abuses of the Palestinian population’s rights. Whether it’s a child imprisoned by a military...

These are the Palestinian children Israel killed in 2017

Fourteen Palestinian boys and girls under the age of 18 were shot dead by Israeli forces.

The once oppressed have become the oppressor. The irony…

Not guilty. The Israeli captain who emptied his rifle into a Palestinian...

The EU builds schools for Palestinian children. Israel destroys them.

On Sunday Israel demolished two school buildings in the West Bank community of Abu Nuwwar, east of Jerusalem. The buildings housed 25 third and fourth-grade students and were built in September wit… 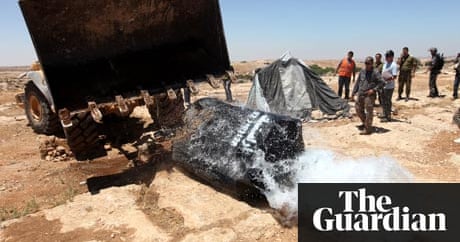 Al-Amniyr villagers in the West Bank face a catch-22: if they obey the law they cannot collect water. But if they fail to water the land, they lose it anyway “I Lost Everything” | Israel's Unlawful Destruction of Property during Operation...

This 116-page report documents 12 separate cases during Operation Cast Lead in which Israeli forces extensively destroyed civilian property, including homes, factories, farms, and greenhouses, in areas under their control, without any lawful military...

The answer is the giant corporations in the United States of America made and sold those bullets and guns to Israel and the government of the United States used the taxes levied on the people of the nation to finance Israel’s purchase of arms and their training of their military.

As long as the U.S. continues to support Israel like this, they will have no need to negotiate peace. They will move from worse atrocities to worse.

The U.S. doesn’t need to nuke Israel to stop them. (I would be vehemently against this even if it was the only way to stop them. You don’t solve one evil with an exponentially worse one.) All it needs to do is stop funding them.

Can you imagine the outcry in the U.S. press if Russia had done this to peaceful protesters? It would be covered non-stop and Rachel Maddow would have worked through her weekend to tell us what a pariah Russia is.

''The Last Earth: A Palestinian Story'' Is a Decolonization of the Palestinian...

Stories from an Indigenous Palestinian perspective.

By killing these unarmed Gazans Israel has made the greatest mistake of it’s existences since 1948. If Palestinians continue the pressure relentlessly they will get their country back much sooner than otherwise possible.

Remember that the rich Jews were never repressed they left for America and England long before things got too bad in Germany. Zionist bankers have also cooperated with the Nazis on many cases.

This is terribly painful to watch.

Jews, Christians and Muslims all name their children after famous Bible characters, sometimes Abraham and sometimes Ibrahim. We’d be hard put to say that God listens to the prayers coming from one denomination and doesn’t listen to the prayers of a second denomination.

Note: not all of the people who are culturally Jewish, culturally Christian or culturally Muslim are necessarily religious. Sometimes they just feel stereotyped. Also, people intermarry surprisingly often.

So, young men of one cultural denomination are supposed to fire hundreds of bullets into the bodies of people of other cultural denominations who are just standing there, wounding many, killing not a few. The killings started on U.S. Good Friday. In Christian terms, “As ye have done unto the least of these, you do unto me.”

This is worth the watch:

Bolton Acted Against US Interests to Push Israel's Agenda in Lebanon

When Israel invaded Lebanon in 2006, then-Ambassador John Bolton worked to prevent a ceasefire, acting as "an asset for Israel against the interests of his own secretary of state, his own State Department, his own superiors, and his own president,"...

Where’s the common outrage in the US? Oh yeah, US society is hugely influenced by Israeli-Jewish culture.

The Balfour buttfucking of the “Holy Land” continues as usual. Zionism is a cancer on the human race. It’s at stage 3 or 4 now. Remission seems unlikely. 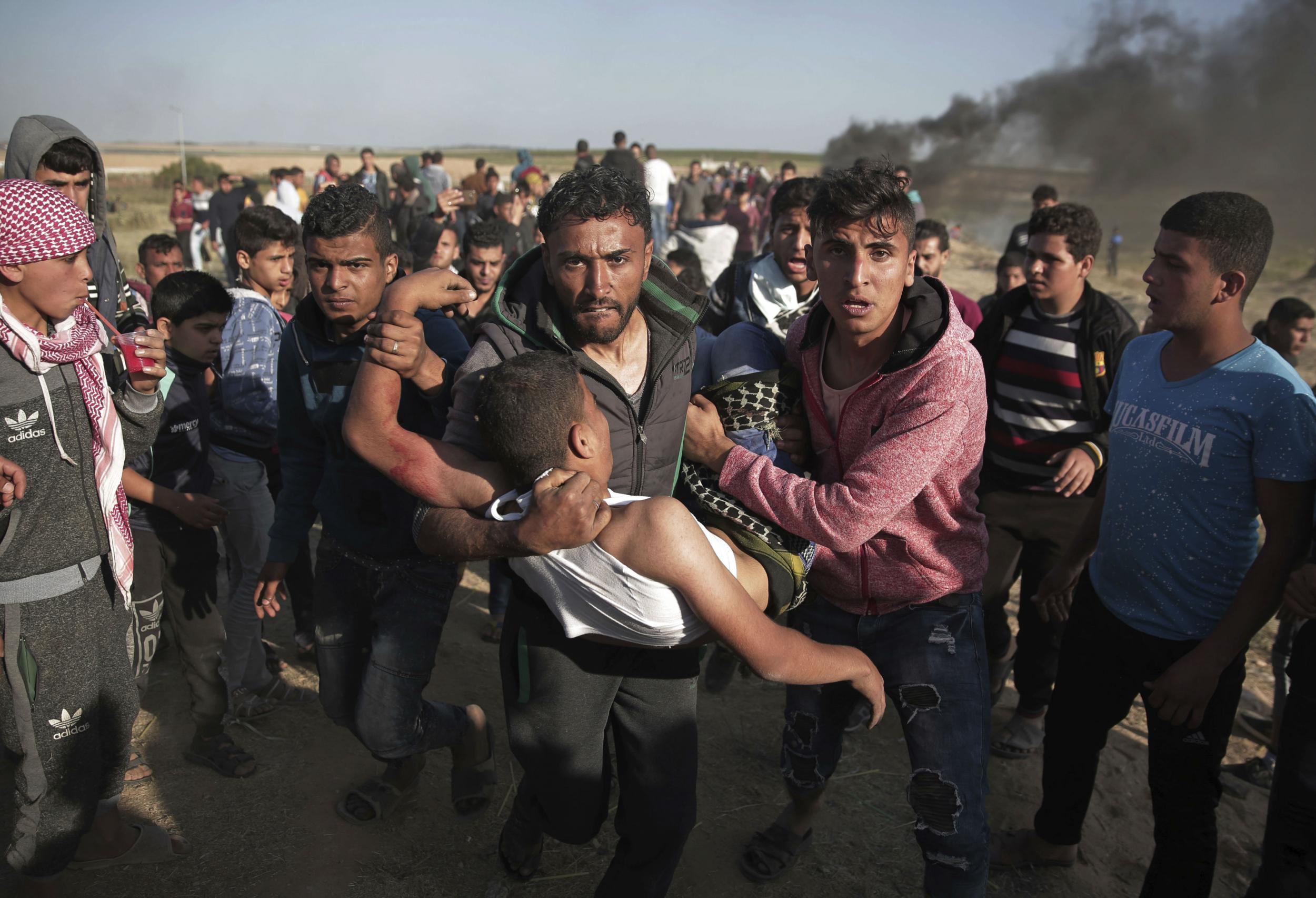 Benjamin Netanyahu has praised Israeli troops, a day after they were accused of killing at least 16 Palestinian protesters at the border with Gaza. 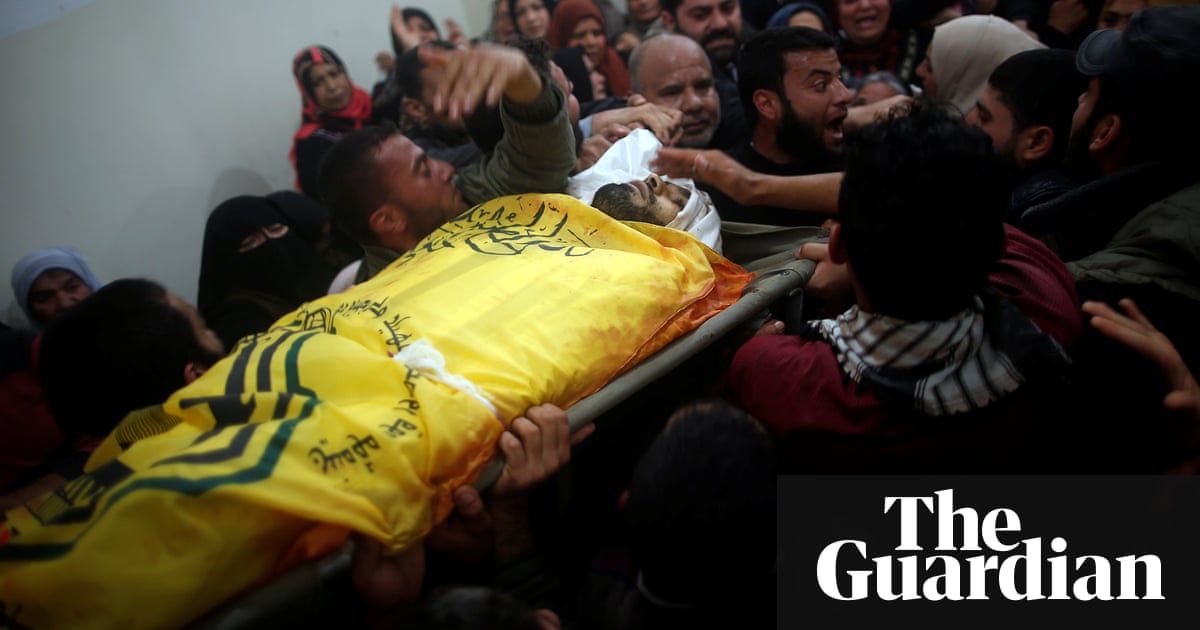 15 Palestinians were killed Friday along the territory’s border with Israel during what was touted as the launch of a six-week protest campaign.

Well said, we must not forget the worst human rights abuser is the US.
The largest, most lethal military force in world history.

It’s time god chose someone else, these jerks ain’t worthy.

America taxpayer money is funding this genocide. The NYT and Wash Post will run interference for the butchers in Israel.