feeling the fear and doing it anyway. this is what leadership looks like. twitter.com/tomtaylormade/…

This scared but strong girl is protesting our government’s destructive role in the #ClimateCrisis at Kirribilli house - the home of the Prime Minister. The PM isn’t home. He’s fled the country as it burns &amp; taken his family to Hawaii. #FireMorrison #Auspol https://t.co/Oa63xBaX8k
5 Likes
SuspiraDeProfundis December 21, 2019, 7:07pm #3

European man arrived on that Continent bringing with them the concepts of property rights, dominionism and Capitalism just a little over 3 centuries ago.

The peoples they encountered already living there had resided there for some 40000 years. Do people still insist that Capitalism is the only economic model that works? In 3 Centuries , with the bulk of that destruction happening in the past 50 years, it has wrecked the place.

Even if nobody else on the planet wants to think in depth about avoiding massive casualties, I’ll try it. I’d prefer to see a committee doing the planning.

We know that we need one engineering division working on R&D to displace fossil fuels, and the higher percentage displacement, the better. We need a second division to work on plant-based carbon sequestration (or minimizing carbon release on the tundra and on the Arctic Ocean’s continental shelves).

We need a third engineering division to reduce fire casualties and other disaster casualties. For starters I want fire apparatus that can climb a 45 degree slope, laying fire hose and pumping water up that slope to the fire. Narrower gauge mountain and forest fire apparatus would help get down smaller trails quicker. We need to think out the whole water moving system from the water’s source to wherever the fire line sets up. Who, specifically, is going to work on these projects?

Remember that quickly putting out a small fire on day 1 is always far more affordable than letting that fire burn for months. We need many thousands of semi-experienced foot soldiers. Entire divisions of national guard troops need a minimum of training so that they can grab their specialized fire equipment (which is all purchased and ready to go of course) and cut those fire lines on day 1, not on day 14. Pre-trained community volunteers and truck owners can be of use. Write contracts similar to snow plowing contracts, and pay people just to be trained for future use. Prisoners might work with the understanding that in a real prison system our top goal would be reconciling the convict to the community, not simply extracting hard work from the guys.

Fire prevention is all about setting long strips of fires one hour before a heavy snowfall or a heavy soaking rain moves in during the fire offseason. These fire lines will serve the country well in fire season. I’ve heard that herds of goats are also useful in clearing underbrush.

Ask your elected ostrich where she is going to come up with the money afterwards for a full-fledged disaster that was sparked by her original skinflint ways.

“I think this is the single loudest alarm bell I’ve ever heard on global heating,” said Kees van der Leun, a director at the American consultancy firm Navigant.

FOLKS: WHAT IN THE HELL WILL IT TAKE BEFORE THEY LISTEN!

Pretty sure the Yemenis would approve

Golly gosh gosh golly. Will the Australian people respond using time-tested scientific methods of reversing/mitigating the effects of anthropogenic green house gas emissions? Will the Australian people respond using the critical reasoning capacities bequeathed to them by their own English & Scottish Enlightenment traditions? Will they respond as a RATIONAL people would respond?

Or will they continue to conduct themselves like the kangaroo slaughtering buffoons in the classic Australian film, Wake In Fright?

NSW is in the southeast, not the southwest.

Australia burning may as well have been a full nuclear strike from the USA, I don’t differentiate between them. I wonder which other nations that America has already destroyed maliciously, hatefully, deliberately which are next to be revealed. I wonder how long before they see it this way as well, and respond accordingly. Sooner rather than late would be preferable, as I see it, since Americans won’t ever reign their regime themselves…

they’ve already heard. they choose not to act. ball’s in our court. it’s the oldest dare in the book: you want the top of this hill? knock me off, if you’ve got the stones for it.

they’re gambling we don’t. and so far, they’re correct.

Every day I check the forecast, the Australian heat wave is projected to last another two days. Commissioner Fitzsimmons says the fires will burn until it rains, which won’t happen for another two months. The continent is now absolutely parched, on its way to crispy – the severity of the fire season from hell will depend on the dryness of fuels, which gets worse every day of this relentless heat wave. Now projected to last through 12/26. This story isn’t going away anytime soon.

We do. It’s called mutual aid. Bay Area firefighters are over there right now, just as teams from Australia and New Zealand have been helping us out in California.

“European man arrived on that Continent bringing with them the concepts of property rights, dominionism and Capitalism just a little over 3 centuries ago.”

One thing the military is good at, organization and orchestrating thousands of personnel, and major machinery. The world military might actually be used for something positive, life-promoting.

they’re gambling we don’t. and so far, they’re correct.

A record temperature was recorded as 49.9 deg C: 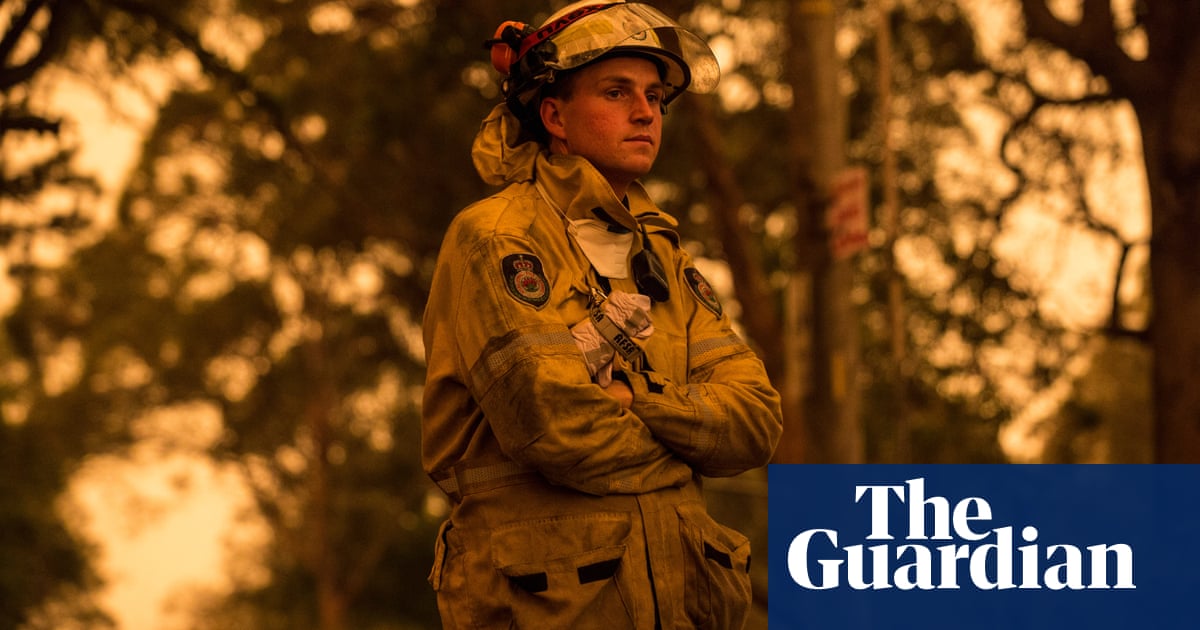 Waiting for a megafire: the battle against Australia's biggest blaze

The video footage is horrific: 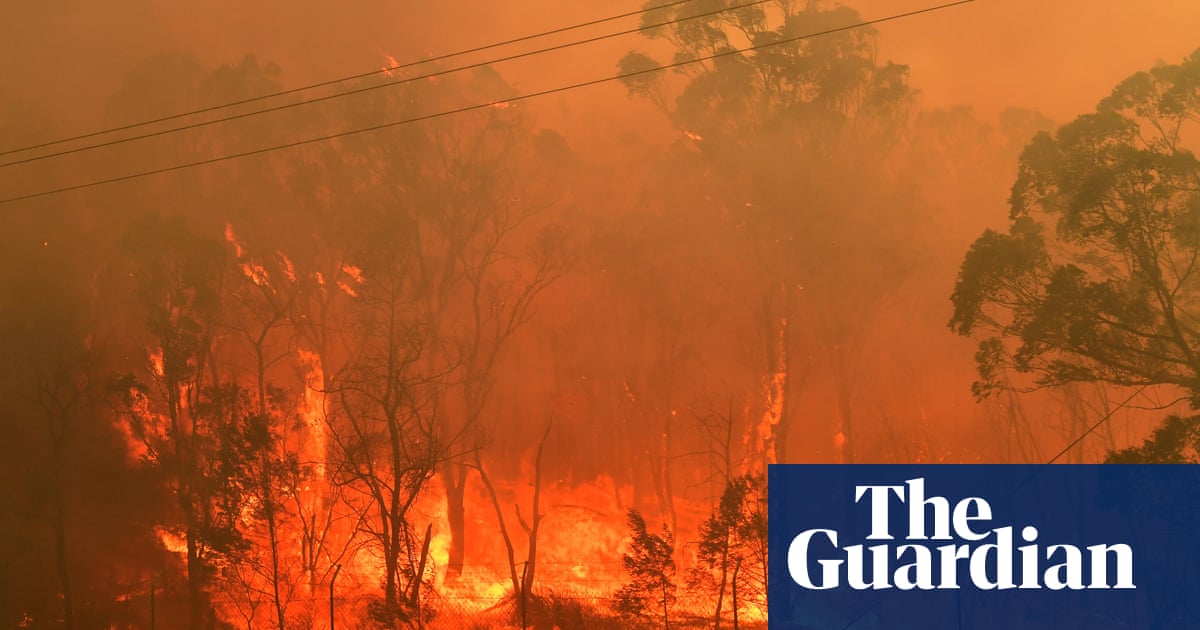 The other side of the globe: 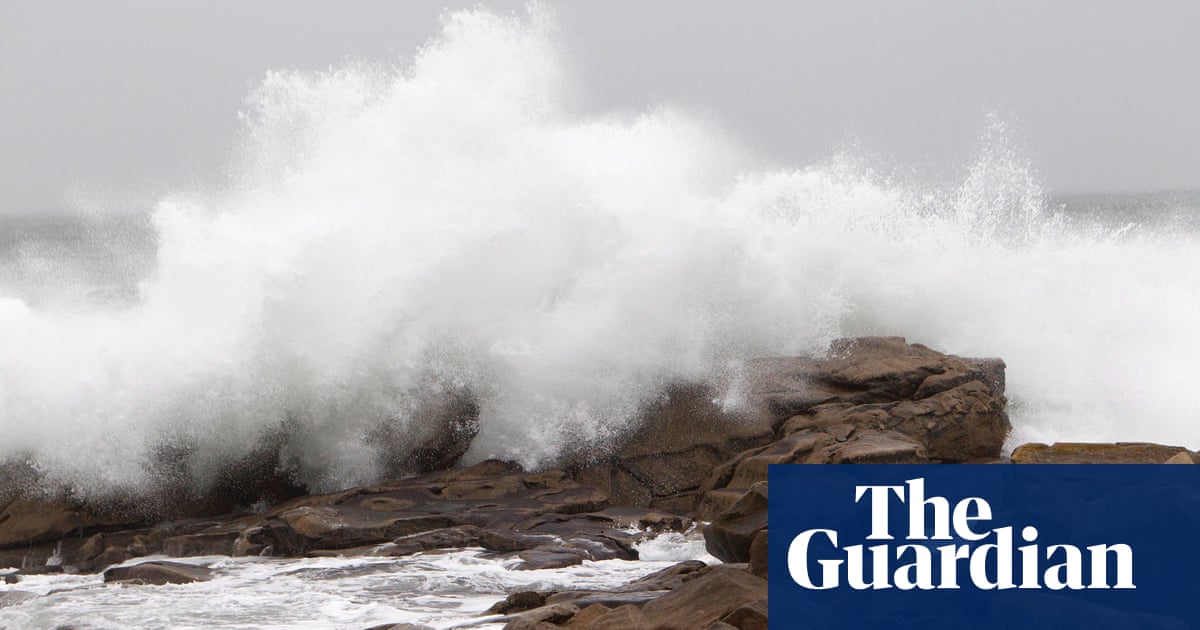 “PM on holiday [in Hawaii] while the country burns.”

You can expect this is what we will get from our “leaders” as the shit comes down. They’ll just abandon us to our own devices. I wish they’d just do it now, so we could get ourselves prepared.

The owners will never give up their beloved capitalism. They are holding onto a very unstable economic system which had to be resuscitated from the dead twice in the last hundred years. They are willing to destroy the world, chasing their money illusion.