Evangelicals are the embodiment of stupidity and death.

We do. It’s called mutual aid. Bay Area firefighters are over there right now, just as teams from Australia and New Zealand have been helping us out in California.

A factor of ten increase will still help, and having the extra equipment in place will still help. No, I didn’t say “would have helped” because I’m looking ahead and the world’s fires are getting noticably bigger these days.

A Canadian contingent of 30 from Banff National Park is heading for Australia, this being low fire season here in the front ranges of Canada.

Unfortunately, just like here in California, we have ignored the government’s developing and using weather modification technologies. All the documents exist to prove they are doing this, but most people don’t want to know. There is no natural weather anymore, it is all being manipulated. The shadow government is in control, and have names like George Soros, Rothschild, Kissinger and even the Queen. The fires in Australia and in California look like they were started by Directed Energy Weapons (DEWs) and many informed people think this is so. You can visit numerous websites and look at the documents from the Air Force which prove they have been using these techniques for 60 or 70 years. Just because the mainstream media does not report it, does not mean it is not happening. Visit www.weathermodificationhistory.com for more info. Look at the documents! Help stop the madness.

There was a tornado in surrey, england a couple of days ago.
just found this article which is very interesting: 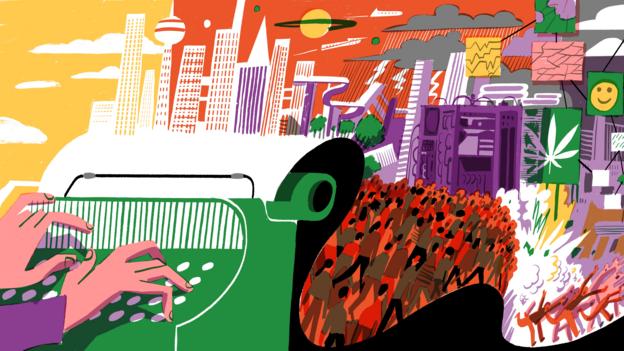 The 1968 sci-fi that spookily predicted today

In the first of BBC Culture’s new series on fiction that predicted the future, Hephzibah Anderson looks at the work of John Brunner, whose vision of 2010 was eerily accurate. The High Frequency Active Auroral Research Program (HAARP) was initiated as an ionospheric research program jointly funded by the U.S. Air Force, the U.S. Navy, the University of Alaska Fairbanks, and the Defense Advanced Research Projects Agency (DARPA). It was designed and built by BAE Advanced Technologies (BAEAT). Its original purpose was to analyze the ionosphere and investigate the potential for developing ionospheric enhancement technology for radio communications and surveillance. A The m...

A promise to his children: 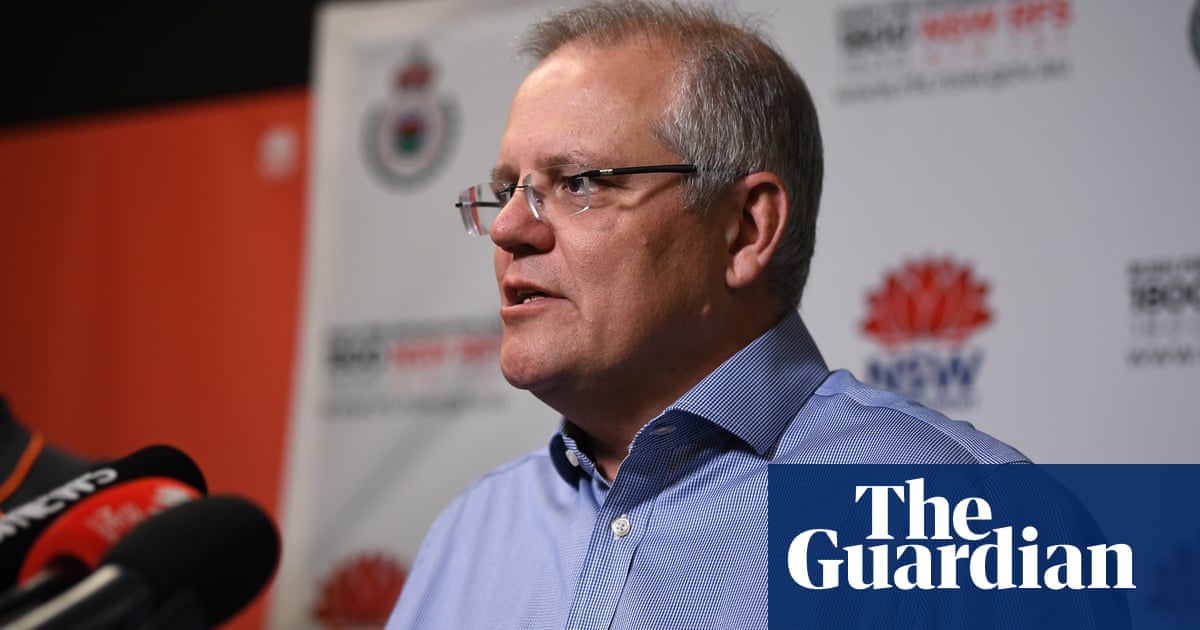 Scott Morrison returns from holiday and signals no change to climate policy...

Well, the globe is upside down in all the maps I’ve seen. So maybe if the globe was right side up then NSW would be in the northwest.

Another smug, flabby-faced little demon. “Scott Morrison” is the Everyman who wears a bland expression while carrying on the shameless looting and burning of his nation. That’s his job: wearing a bland, blithe expression, so other Everymen and Everywomen feel entitled to do the same, to laugh and smirk at the cannibal carnival. As long as the faces are bland and blithe, hell might continue to masquerade as a neoliberal paradise.

Capitalism and Christianity. Two diseases worse than smallpox or the Black Death.

Didn’t the Australians elect a government that has rolled back environmental protections? Well, Voila!! They got the government and environment they deserve.

When I mentioned to my sister that the govt has been engineering weather since the 1950’s, she said it would be irresponsible if they didn’t. I was aghast. I didn’t argue because she is stubborn and hard headed. I got her point but I don’t believe in a benevolent government. A governmental defense arm with that kind of power or ability will use it as a weapon. It’s not a secret. There are plenty of articles of research that are available should anyone want to research the topic. As I’ve said, from the 1950’s. Even though the government lies, they very often do things in the open. Weather manipulation is one of those things. What I wonder is, when you point lazers into the ionosphere to disrupt things, what are the unforeseen and unintended consequences? ( as for references to any of the articles, I’ll be glad to supply, after I have more covfefe and after I get dressed. It’s Sunday. That could be hours from now, but I will get to it)

I don’t know… this looks a lot like weather wars to me. Heat up the land then strike matches everywhere. Similar to California… just follow the money after the fires cool. Who will be purchasing all of the charred land? China most likely. Think of all that unfettered resource extraction they can begin… people need to wake up to what is natural and what truly is man-made

I am going to watch the film you recommended tomorrow. Ghastly as it appears. I will try to keep a bland face whilst doing so. :))

Denial is strong with those folks. It’s used to continue the illusion.
Acceptance is chosen by those responsible .We must now be responsible for all of it.

People do not understand how MUCH MONEY WE SPEND ON THE “MILITARY”.

Most of it doesn’t go to soldiers.

It goes to the military-industrial weapons complex and to bureaucracy. Why do we spend HALF of our tax $$$ on “DEFENSE”???

This is an outrage.

National defense means health care, support of the poor and the education of our population.