After a federal judge struck down billionaire Education Secretary Betsy DeVos' attempt to gut protections for students scammed by for-profit colleges, the Department of Education announced on Thursday that—because of the court

I still do not understand why Public officials from the Cops to the Politician can do things deemed unlawful and suffer no consequences for it.

WAY back in the time of Anrew Jackson , the Supreme court found that Jackson acting illegaly whehn he started th process of Ethnic Cleansing in the Eastern USA by rounding up the Cherokee and marking them at gunpoint out west. He laughed it off , dared anyone to do anything about it and continued to steal Cherokee lands.

At the very least. I would argue that those who hold the power of life and death must be held to a higher standard, and violations should receive enhanced punishment.

A good second step would be a fitting punishment for her attempt to ignore the law — DeVos should be forced to pay off these debts from her own ill-gotten gains, an inherited fortune of AmWay pyramid-scheme profits.

“I still do not understand why Public officials from the Cops to the Politician can do things deemed unlawful and suffer no consequences for it.   One would think that if they broke the law they should be treated like any other person that broke the law.”

The dog-eat-dog smugness of Devos, premised on a lifetime spinning atop a pyramid, has left her notably hollowed out and dependent on overreach. Zero sum games, in which others prey for her benefit, will be taking a karmic carpet ride to her office.

Wiping that incessant, insipid and invidious smile from her visage

Here’s the thing though:

THE ENTIRE MONSTROUS MOUNTAIN OF “STUDENT DEBT” IS ILLEGITIMATE, PREDATORY, AND SHOULD BE ABOLISHED.

How is it that, two generations ago, students graduated from “higher” education WITHOUT monstrous mountains of “student debt”?

How did these mountains of debt grow where there were none before? Did education change? Did students change? Was it the natural operation of the “free” market? Or was it predation, looting, stealing, scamming, theft?

Oh and as a side question that might illuminate certain “interested parties” who unduly influence US politics: Just how is it that “student debt” can’t be reduced by personal bankruptcy proceedings? Why was “student debt” singled out by “our” attentive legislators for such special treatment? Hmmmm?

…Primary home is 22,000 sq. ft., that’s more than half an acre!..10 yachts, 2 helicopters, 2 737’s, 2 Gulfstreams, and 1 Bombadeer… Holy Jeebus puking crackers, my Jah, who is this dead beat, scum sucking, leeching manifestation of evil. Talk about ‘hoarders’. If they didn’t have money it would be collections of soup cans, newspapers and dead bodies…This IS the sickness of Our Country that we spread to the rest of the world. It’s called ‘unregulated capitalism’ and it’s taking us down quick…you’l be surprised what happens environmentally very soon…

First, I strongly agree with your main point: “ABOLISH ALL STUDENT DEBT”!

A college education at a public university was free or nearly free in the USA in the late 1950s and early 1960s (because taxes subsidized college educations – which were rightly seen as an investment in the U.S. people, the U.S. nation, and thus were considered a public good, not merely a private good).

Starting in the 1970s, (partly as a way to punish college students for the 1960s rebellions against the corrupt and repressive ruling-class, and partly as a way to “take back” the USA from the many people’s democracy movements of the 1960s), Republicans steadily decimated tax revenues (“Starve the beast!”) and mostly eliminated grants and scholarships – thereby shifting the costs of a college education to the students and their families (which is no problem for rich Republicans. So this is class-warfare by the reactionary Republicans).

Loans were now necessary to get a college education – and loans are often privatized, big business for capitalists – who “kick back” “campaign donations” (a.k.a. bribes and pay-offs) to the Republicans who forced these changes! And then, of course, private, sketchy “colleges” are part of the student loan debt scam and scandal.

Now, student loan debts are collectively over $1.5 TRILLION (and constantly increasing)! “Up from zero” 50 to 60 years ago! This is just one of the many democracy-destroying results of the 50-year Republican class-war against the U.S. people and the U.S. nation!

(Anyone interested can research this topic online or call a bankruptcy lawyer for a free consultation to learn how it can be done.) The media has misinformed the public about this fact so many times for so many years that only about 3 or 4% of student debtors even try to discharge their student loan debts.

So, everyone needs to spread the word that student loans can sometimes be discharged via bankruptcy.

But really, the fairest solution for the U.S. people is to:

It’s the fair, humane, and patriotic thing to do!!!

It’s worth noting that Bill Clinton was paid $18 million by the notorious Coronthian Colleges. 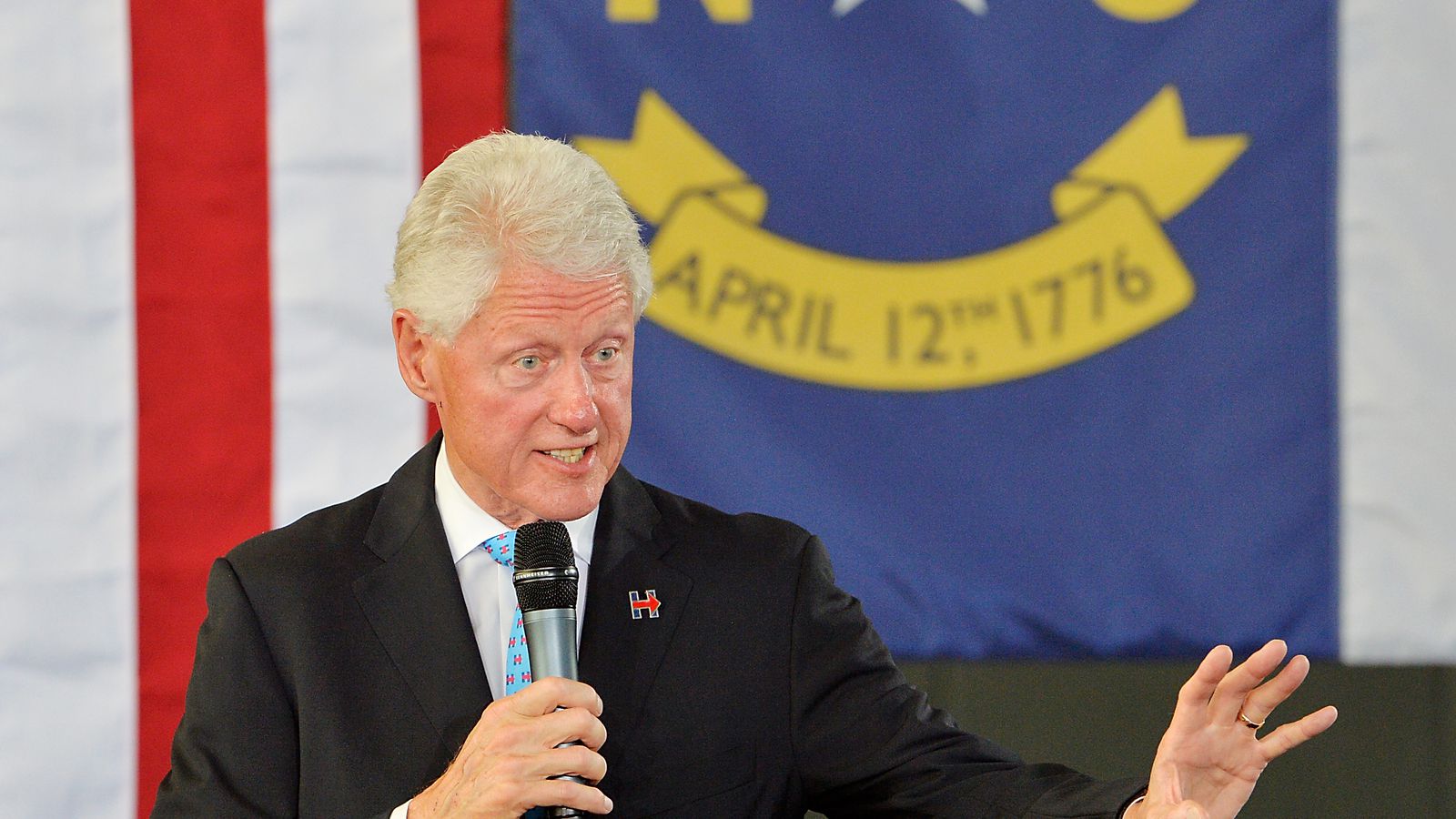 Laureate Education has a better reputation than most for-profits, at least.