Gun Violence and Mental Health Are Connected—But Not In The Way You’d Think.

A few weeks ago, Jeremiah P. was one of thousands of high school students across the nation to walk out of class in support of stricter gun laws. He was proud to be part of the protest at his small school in rural North Carolina, where many students have access to the guns their parents use for hunting or sport.

I was disappointed not to have read about the role legally-prescribed psychiatric drugs play in instances of mass shootings. Roughly 90% of perpetrators of mass killings, according to Gary Null, have been on one or more of these drugs at the time.

Yup me too. Especially as it’s not an unknown that SSRIS do stimulate suicidal and homicidal thoughts in some. The way the medical records of these shooters is often not disclosed only makes the suspicion seem all the more enticing. I hope this story comes out @ some point - as It may play a more important role than we currently know.

A right-wing friend of mine known for crusading on behalf of natural medicines brought up that very point. When I pinned him down on passing legislation that would limit assault rifle purchases by people on psychtropics, he demurred. The NRA is clear however: They don’t want any limits on sales of AR-15s.

Those SSRIs are trying to regulate serotonin a natural brain chemical that regulates depression and impulsive behavior. We all want to kill someone at some time but we generally don´t because brain chemistry helps us to avoid those destructive impulses. About 80% of the serotonin is produced by bacteria in the gut. Glyphosate, the main ingredient in Roundup selectively eliminates the particular bacteria that make serotonin.
Like almost all things in life there is a bell curve probability. Not all people who have their serotonin levels dropped by glyphosate are going to kill but a larger percentage of the population will. Those that have guns and discretionary power are in more danger of losing their control and creating damage.
Until glyphosate is banned we are likely to experience increased violence with or without gun control.
Stephanie Seneff has talked about the dangers of glyphosate.

Added to that one must acknowledge that both Boys and Girls are prescribed prescription medications yet 98 percent of all mass shooters are male.

As such It hard to arrive at any other conclusion then this a “Cultural Thing” rather then link it to prescription drugs. The Drug MIGHT make it more likely that a person will act on his or her own impulses to kills someone but those impulses are very likely a learned behaviour.

This is such a great article! Thank you, Dr Gounder. Thank you, Common Dreams!

The 5 prescriptions listed above, are really good advice for all of us!

Yea, I already talked about this back around the time of Parkland shooting. Don’t know if you read that thread but here is link to my post in case you are interested:

Yes, something else we used to talk about whenever these mass shootings happened, is the use of these drugs called SSRIs (Selective serotonin reuptake inhibitor) which are given out like candy by psychiatrists, even though they have found them to have detrimental side effects such as severe depression or suicidal thoughts. Here is an admittedly sensationized video on the subject of psychotropic drugs: Making a Killing: The Untold Story of Psychotropic Drugs So the problem might be not that th…

“If someone wants to kill themselves that their prerogative.”

Yes! Yes! Yes! And easy access to guns will ensure that existential right can be acted on as easily and impulsively as possible - enlightened parents of troubled or temporarily depressed teens everywhere thank you.

Thx. Your response is much better than what I was going to say to that friggin’ idiot.

I think I want to get a bumper sticker made: picture of God somewhere up there sitting on a thunderhead, holding a stein of beer, and crying into it.

Rx 6: Get a guitar and learn to play it.

Big-Pharma has a lot of splainin to do but only if people start connecting the dots and links!

Want to be taken seriously Doctor? Edit this to include psychotropic - psychiatric drugs increasingly pushed on kids by big-pharma! 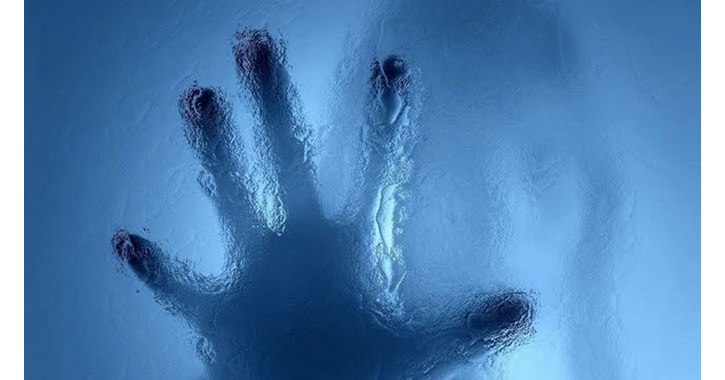 Then there are these articles Doctor Gounder…awaiting your comments.

Sharp Rise in Use of Childhood Psychiatric Drugs Stirs Concern

A recent blog of mine described how I full well agree that we have violence & gun problems in this country, but as it turns out, mass school shootings have been declining since the early 1990’s:

If you haven’t read the article on Lead and Crime in Mother Jones, it’s a don’t miss:

Sick Kids Are Just the Beginning of America’s Lead Crisis

The hidden villain behind violent crime, lower IQs, and the ADHD epidemic.

The author continues to update his work, every time there is more research: