Here's the Video of Schoolchildren Just Moments Before Being Massacred by U.S.-Backed Saudi Bombing

Here's the Video of Schoolchildren Just Moments Before Being Massacred by U.S.-Backed Saudi Bombing

As funeral ceremonies for the 51 Yemenis—including 40 young children—massacred by the latest U.S.-backed Saudi bombing took place in the war-torn district of Saada on Monday, cellphone footage captured by one of the murdered children just moments before the coalition's airstrike hit shows the dozens of kids excitedly gathered on a bus fo

This vivid evidence of de facto US war crimes and central US involvement to the ongoing atrocities in Yemen will be censored by the media…hidden and shunted aside…the idiot nation given their daily Soma , celebrity garbage, game-shows, and pablum sanitized “news”…all else of grave import will be hidden from the people and voting made a further mockery! The US has had its moral compass smashed on the rocks of the MICC war machine-“defense” industry, and racist extremist/terrorist politics going back decades by players from both political parties!

The fantasy the this is a “Saudi-led” coalition is BS! It is the US-led military hydra of death that spreads around the globe in one form or another…! The US is much-more deply involved than we are led to believe! The Yemen “war” continues because the US wants it to! “8 million teeter on the brink of famine.” and America is responsible…able to end it but will not!

The US is the power behind this proxy war of extermination against civilians…the US funds, arms, supplies “intel”, and supports via BS propaganda the “main” players…the Saudis, Israelis, the US and the other Gulf proxy “states”…this is more than a proxy war against Iran or war by Sunni’s against the Shia/Houthi rebels…theres big money to be made! follow the arms money and oil. 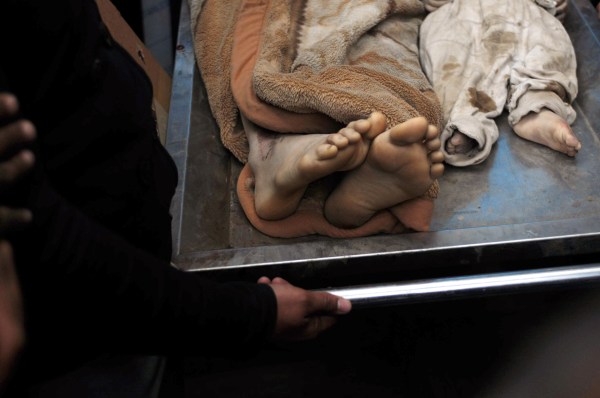 Why We Know So Little About the U.S.-Backed War in Yemen

What the U.N. calls the “world’s worst humanitarian crisis” is an unhappy confluence of American media taboos 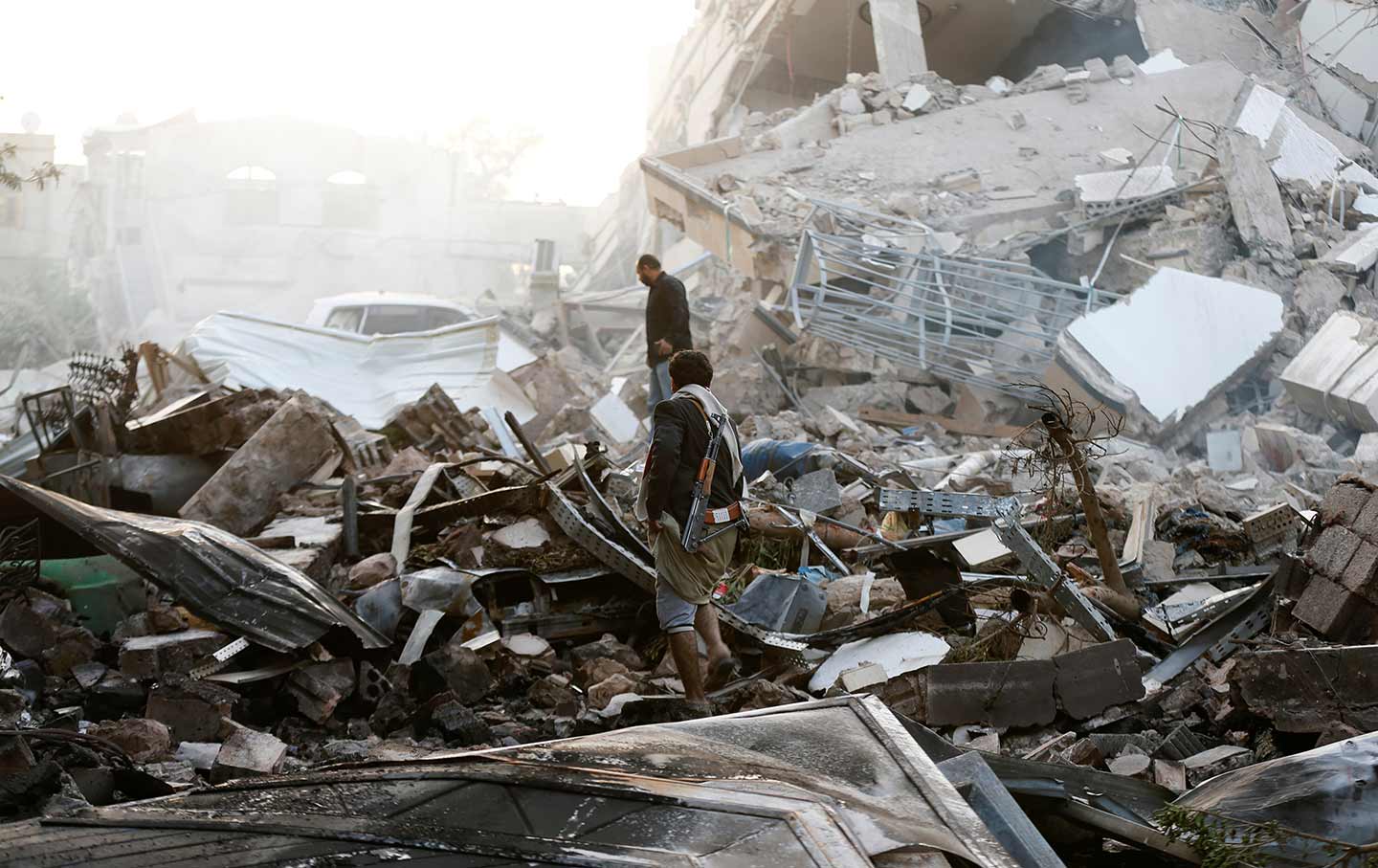 Congress Must Act to Stop US Involvement in the Yemen War

By partnering with conservatives to rein in presidential overreach, progressive advocates for peace are laying the groundwork for a sea change in US foreign policy. 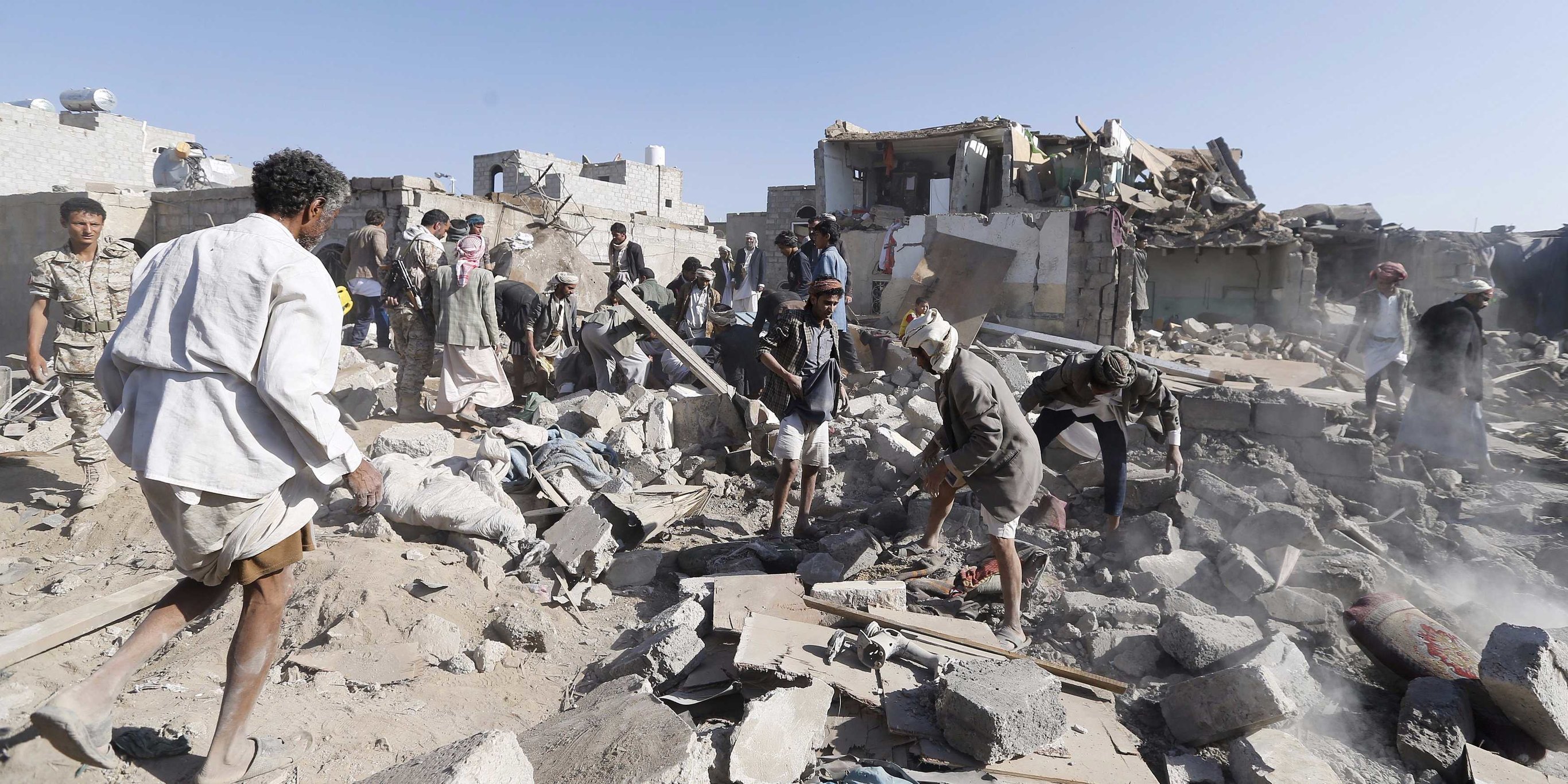 Here are the members of the Saudi-led coalition in Yemen and what they're...

It is a widespread coalition.

as i have said before-if u.s. and u.s. entities stopped dropping bombs, would the world have any war? is a good question to ask yourself.

Find the cost of freedom
Buried in the ground
Mother earth will welcome you
Lay your body down.

I heard on the radio this morning that today Trump is travelling to the Fort Drum Army Base in upstate New York for a ceremony to sign the latest bloated war budget. What the news didn’t say is this year is the tenth anniversary of the Dubya Regime stationing an Army unit at Fort Drum “dedicated to quelling domestic disturbances”…in other words, a unit ready to massacre us whenever the POTUS decides we are becoming to much of a threat to corporate power.

We are all responsible for this in some way , as a collective called humanity the buck stops with all of us.We stand back and let war continue weapons being manufactured and sold to the highest bidder. We can end all the suffering , nighmare conditions,starvation ,poverty war tomorrow if we wish ,if we cared . Create a world that works for the highest good of all.

The world is mostly created by a small group of mostly old white rich men and their beliefs about how life is and should be. You might not believe me but this is the truth. We have to change our beliefs about who we are as a species to change our on the ground reality.

Lucky Muslims treat women as inferior so that they weren’t on that bus and didn’t get bombed.

All war is dumb. All killings are dumb. Those killings of children, as well as the mommies, daddies, big brothers, grandpas and grandmas of those children. I was reading wiki about Laos today. About as many bombs dropped in Laos as in all of Asia and Europe during WW2. Still dozens of people maimed and killed every year from them in Laos.

The ‘defense’ or should I say war industry in this country is complicit with the Saudi genocide. I work for Boeing on the commercial airplane side and I refuse the ethics training they provide. There’s nothing ethical or moral about selling weapons to these countries knowing full well they are being used to kill innocent people. It makes me want to vomit. The hypocrisy of it all.

My number one litmus test for voting is based on who voted for the so-called ‘defense’ budget. Most all the R’s and most of the D’s need to be kicked out of office. They are responsible for this atrocity.

The innocent “collateral” victims of endless war for profit and ethnic, racial, and religious hatreds…“We have met the enemy, and he is US”…there clearly is zero ability of the reasonably (at least) sane to demand an end to this evil construct Of, By, and FOR the utterly depraved…follow the money…IF Obama - the great progressive fraud - had perhaps sought to indict and try the Iran War criminals we might have had some foundation built for bringing other war criminals and profiteers to justice…of course that morality was not in his nature…a record of complicity, not change…it is also relevant he refused to build a strong progressive 'base" just like Bill Clinton - both utter failures.

https://www.globalresearch.ca/blood-money-these-companies-and-people-make-billions-of-dollars-from-war/5438657 - “War against a foreign country only happens when the moneyed classes think they are going to profit from it.” – George Orwell
“The late United States Marine Corps Major General Smedley D. Butler is perhaps most famous for his post-retirement speech titled “War is a Racket.” In the early 1930s, Butler presented the speech on a nationwide tour. It was so popular that he wrote a longer version as a small book published in 1935.” 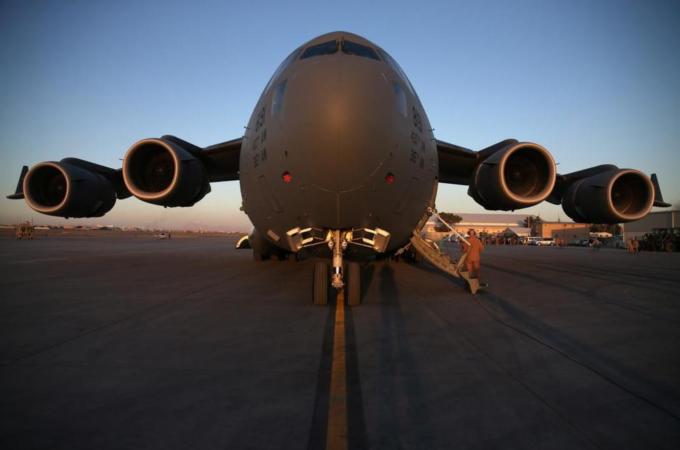 More than 50 years after President Eisenhower's warning, Americans find themselves in perpetual war.

Who Is Making a Killing on Killing?

The merchants of war who have shaped U.S. foreign policy since the end of WWII have a foothold so strong, the act of extracting ourselves from the war economy has become incredibly complex... Our investments are funding war, guns, and militarism at...

“If the American people can take back control of what is being done in our name,” Bunch concluded,

No way, Will ! If the American people ever got enough power to stop this military dictatorship of " what is being done in our names" the economic, war profiteering, elite would do the same thing in Amerika that they are doing in Yemen and other foreign countries. If we the people ever became a real threat to the military,industrial,congressional, complex we would all be labeled terrorists and be demonized as a threat to THEIR “democracy”…

For a nation that has proclaimed itself as a Christian nation, our actions must have the devil himself green with envy.

No, in my view, the devil is not envious, he is laughing that he has managed to wrap himself in the American flag and is using the Christian nation to carry the cross!

Making money off your MIC stocks? Then you are responsible for this atrocity!

Liquid Democracy, Ethereum, and the slow path to revolution.

Liquid Democracy is a more direct form of democracy which would not be feasible without an infrastructure that enables rapid, secure…

Yes, the US should be censured for its complicity in the murder of these beautiful, little children, but others are not lily white either. Canada, for instance should shut down its export of military weapons to Saudi Arabia immediately. Sure the US will simply take over the orders and fill them, but at least Canadians can sleep at night knowing this moral stain is no longer on our nation’s soul!

On May 4, 1970 students gathered at Kent State to protest the Viet Nam War and demand the ROTC chapter be removed from campus. It was the crescendo to a week of SDS marches and events, Students for a Democratic Society. Bang. Four, unarmed Americans, white folks, laid dead, three students and a runaway girl from Miami. So the point is the National Guard was ordered, kneeled and fired on American citizens. Four dead. They got a change of venue to Massachusetts. Point. The officers who ordered the massacre were never charged only the soldiers and they were sentenced. Not one officer who took the lives of four American civilians was disciplined. All wars are atrocities. We kill babies and we always have. Our Air Force and bomb civilians into commons, herd them where they can be murdered more efficiently. Do you question who is best at war?
An old blacklight poster from Viet Nam has Uncle Sam the Magician on top in his top hat beckoning your service and impending demise. Beneath it has marching soldiers on one side and graves adjacent. The caption reads: Uncle Sam the Great Magician – Now you see them Now you don’t Now Playing at a War Near You. Now you see the school children. Now you don’t.

I feel despair that reports of this massacre will not reach my flag-waving, god-fearing relatives, hiding from unpleassant news in the bunkers of Fox, Sinclair and other evil propagandists who infect our mind.

Hey. Freedom isn’t free. Sometimes we have to kill a few dozen innocent school kids in order to protect our freedoms, our values, our way of life… get my drift here?

I make $37.50/hr building bombs for Lockheed Martin. Nice work, really. Why are you trying to steal food off my kids’ plates?

I don’t work for the “defense” industry. The above would be the operative mentality. This nation is so far gone, so full of fear and hate and lies that I’m not sure it can be saved or if it’s even worth trying.

John Lennon said, “War is over if you want it.” He was right.