I honestly believe that Bernie’s better positioned by flying under the radar, so to speak.

His opponents are flaming out one by one.
ByeDone will join Kambama and Beto-and-switch soon enough.
His prospects will be helped by Bloomberg getting in.
Bernie’s support is the “stickiest.”
He stays on message better than any candidate I’ve ever seen.
By comparison, Mayo Peat Bog and Liz are weather vanes.
In Iowa, it’ll be a ground game grind out – Bernie’s army grinds with the best.
In New Hampshire, Bernie could win.
In S. Carolina, Mayo Pete meets his Waterloo.

And if anything, the Bernie Black Out proves he’s a genuine threat.

A good way to give these folks who work for an ostensibly public media is a metaphorical middle finger and donate to Bernie’s campaign.

You certainly have a point. PBS’ demographic just might strangle themselves with their pearls, drown on their Fiji Water, Pom then choke on gluten free pistacios, if they actually saw, let alone heard the whippersnapper? Probably, waiting for Dewey’s inauguration?

'A distinctly American phenomenon': Our workforce is dying faster than any...

Study shows a decline in life expectancy in the U.S. is driven by increased mortality among working-age people 25-64 , a danger sign for the economy.

Just called PBS, you can too and let them know that every time they ignore Sanders you will make a donation to his campaign:
1 (703) 739-5000

Sanders’ presidential campaign has repeatedly accused the corporate media of ignoring the senator from Vermont, a phenomenon Sanders supporters have dubbed the “Bernie blackout.”

Does this really surprise anyone? Bernie is a blackout because he is an anathema and a threat to the oligarchs that control the corporate media.

My wife watches the NewsHour, and hell, she’s only in her early 50s.

Or so she tells me. Should I check her ID?

…who control ALL M$M including PBS and NPR

Bernie, Tulsi or bust! I will not vote for any other democrat.

they refuse to cover him for fear that it would harken the complete collapse of the neo-liberal consensus, once the proletariat were presented with an actual advocate of the working class.

Besides, nobody can allow other people to control the direction of their thoughts. 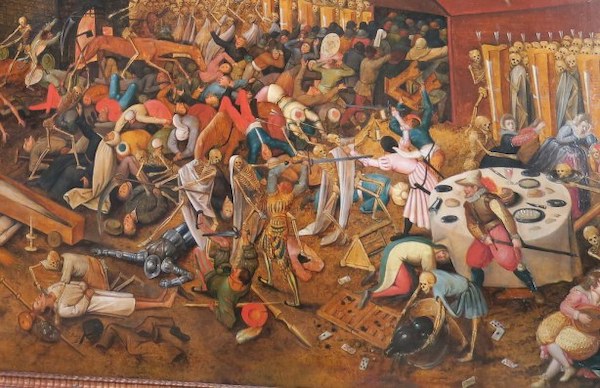 If there ever was an argument in support of Medicare for All it’s this: despite spending more on health care than any other country, the United States has seen increasing mortality and falling life…

Bernie and his 2016 supporter Tulsi, that is.

Damn, are you an octogenarian?

Also, is an octogenarian someone who only eats octopi?

That’s not hard to do. The problem is how does the general public see or hear these drawbacks in coverage.
The person coming home from work, do they get anything from their TV news channels? It's not the first time Pelosi has led a Democratic-controlled House to shelve labor-friendly legislation.

It wouldn’t surprise me if Mayo Pete’s alleged poll lead in Iowa is complete BS and his caucus numbers will be much lower.

All this does is push Dumbf into a second, horror-filled term. (I say that because the “impeachment thing” is Kabuki theater)

every time they ignore Sanders

OR show him in a negative light!