How to Remove Trump

How to Remove Trump

With Republicans controlling both houses of Congress, it’s unlikely Trump will be impeached or thrown out of office on grounds of mental impairment. At least any time soon.

Yet there’s another way Trump can be effectively removed. He can be made irrelevant.

It’s already starting to happen. The howling manchild who occupies the Oval Office is being cut off and contained.

Trump no longer has a working majority in the Senate because several Senate Republicans have decided the hell with him.

Well, let’s see what came out of Camp David this weekend.

Nonsense. No one is abandoning Trump that relies on corporate sponsorship, namely 90% of Congress and the Senate. In fact one could argue that replacing Trump with Mike Pence will only please corporate America ‘even more’ who is just wallowing in his anti-democratic behaviour and pro-business allegiance… as long as they can work out a side deal to enrich King Trump a bit more!

If only it were that simple. “Axis of adult?s” Axis maybe. Even with Trump spewing noxious garbage from a golden cage,his cabinet appointees continue to deconstruct every department and erase environmental protection, consumer protections, civil rights, labor and voting legislation. They are methodically selling off national resources and infrastructure and attacking safety net and pubic health programs. Trump may be an inconvenient embarrassment for the repugs and their corporate backers but he is also a convenient distraction.

We’re not out of danger. Trump will continue to rant and fume. He’ll insult. He’ll stoke racial tensions. He could still start a nuclear war.

Can’t both houses of Congress make that impossible for him?

It could if both houses could be filled with Senators and Representatives who wanted him outa there. But there is no chance of happening in 2018, and with all due respect to Robert Reich, 34%, though the lowest of any president since such statistic keeping began, that 1/3 is fiercely almost religiously loyal and their faith has yet to be shaken by anything he had done or anything his critics write or say about him.

I watched his Afghanistan speech today and unfortunately from my point of view, while light on specifics, it had its bombastic assertions that he will ldead the US to “win” and that’s a powerful and effective sales pitch. He said nothing that was wack enough to get his “base” to see him as those who would like to see him go do.

I didn’t refer to impeachment or Trump’s ouster. I asked if Congress could make it impossible for Trump to start a nuclear war. See this: 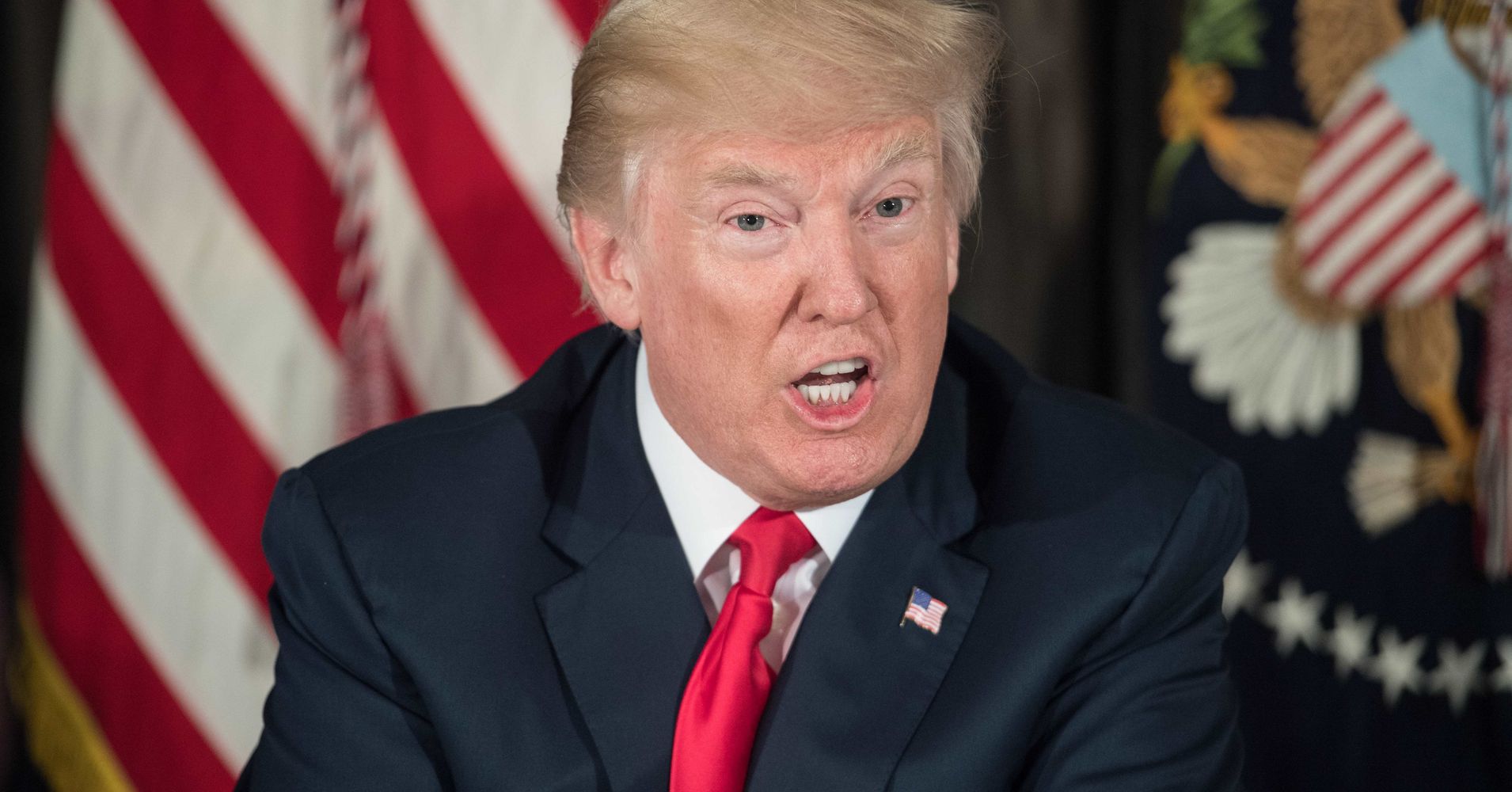 Congress Should Immediately Go Into Special Session And Stop Trump’s...

The War Powers Resolution of 1973 foresaw the dangers of presidential adventurism while Congress was on summer vacation.

Trump could be removed, but it would take a groundswell of protest probably starting with local Republicans being shamed into publicly disowning his promises as harmful and not desired. They would have to pressure their local party officers to pressure their Congresscritters. After all, Trump is not a Republican, he’s only a Trumpist. THose officials then would need to pass resolutions of Advice to him, then Censure. But it would further need a left progressive democratic platform advocating massive money creation for infrastructrure: Call it “Jumpstart Amertica.” Could the warring elements of the Democrats at least accept two progressive populist platform proposals: 1) “Jumpstart America” (with greenbacks) and 2) “Power for Peace?” Infrastructure, in the broadest sense, includes not only big projects, but a lot of local needed work. This includes restoring, repurposing, securing, or demolishing hundreds of thousands of abandoned homes and factories, building needed small, local facilities such as day care, senior care centers, remote clinics, and environmental adaptations. A part called “Up to Code” is for salvaging houses, abandoned factories, stores, to put them in usable condition. Another is for environmental adaptation: rain and rooftop gardens, storm water disposal, etc. Eminent domain law will need to be modified to restrict “just compensation” to private owners to repayment of the scrap value of buildings taken over while the “owner” retains ownership based on land value (taxation) alone.

Trump’s proposal for infrastructure would at most fund a few large showcase efforts where private funders can make profit. Jumpstart America intends that Congress use its Constitutional power (Art. 1, Sec. 8) to create as much money as needed (electronically for transfer) without borrowing or taking money by taxation! This is genuinely progressive populist policy that bypasses private banks and bond financing, fake debt ceiling drama and fake austerity. Jumpstart will empower Congress to allocate $ Trillions for jobs and infrastructure without increasing the national debt. Enabling legislation, Dennis Kucinich’s NEED Act, H.R. 2990, has been in the House Financial Services since 2011.

These dollars must be distributed (not “redistributed”) by Congress slowly, to control inflation, to pay several million living wage, full or part time supplemental jobs. Project funding requests for work must be required at lowest governmental level: thousands of boroughs, townships, and counties. Even the localities must have some affiants’ statement that this work is necessary. I envision this process driven down even down to individual initiative, in which an affiant takes a couple photos and swears to his government: “House 123 Street Name is abandoned and I propose we demolish it” or “There’s a swale needed against runoff at placename. We should make one.” This work would be done on a straight payment for service basis with no benefits or liability attached.

It would be required of the governmental authority to hire only for work that can not be reasonably undertaken in timely fashion by permanent staff. People who need to pay doctor bills, college debts, whatever, would start as independent contractors under skilled supervision by local municipal crews, and local small businesses, safety equipment provided, doing labor intensive work with hand tools and “Armstrong motors.” The very rise of Bitcoin, etc. shows the need for more money and different methods of accounting for it (such as the decentralized ledger system Blockchain.) Payment can be immediate, after the fact, by transfer to a workers’ EBT card or ‘phone. “Proof of [physical] work” can be somewhat lax, by local government project supervisors. Federal taxability as income would partly defeat the purpose, until these dollars percolated up a point of purchasing financial assets, when they would meet a financial transaction tax. After a few years, the Jumpstart work force would funnel down to fewer skilled full time jobs appropriate for workers’ associations. Jumpstart will get dollars distributed for boosting effective demand, debt reduction, and non federal tax paying.

Jumpstart is no panacea for “free trade” lack of incomes and industrial policies. But note another use: when accepted, these United States Notes (“Greenbacks,” whatever) could be deposited to Social Security and Medicare accounts, obviating the endless complaints that these accounts are running out of money and benefits must be cut. They could be used for a return to “moon shots,” like curing cancer or dementia.

Power for Peace is a declaration of victory. America and the West have essentially beaten one-off Mega-terrorism against our homeland. We’ve made it increasingly unlikely that massive, spectacular, 9/11 – like attacks can occur again. We have neutralized most high placed terrorists. We have removed Middle East dictators. The Middle East is now split in religious civil war. Colonial occupation of Middle East nations, Iraq, and Afghanistan should give way to disengagement from these religious civil wars. The only way to reduce strikes by the “poor man’s air force,” Buda’s bombs, is by peace seeking actions. Maybe after 50 years of peace, revenge miniterrorism would all but end. So I propose calling for an all – parties Stand Down Truce, followed by voluntary, assisted evacuations and partitions, cutting down on U.S. support for Baghdad and Kabul governments and U.S. troop withdrawal. Leave all parties there to fight or settle amongst themselves with only our humanitarian assistance.

Thanks for your consideration of these proposals.
785 words 5121