Infectious Diseases Are Poised for a Deadly Comeback

Infectious Diseases Are Poised for a Deadly Comeback

It is hard to imagine a world without effective drugs to treat infectious disease but that is where we are headed.

"Previously treatable infectious diseases like tuberculosis, malaria and pneumonia are poised to overtake cancer and diabetes combined as the world greatest killers, and this is exacerbated by emerging agents of infection, such as Ebola and Zika virus."

And here in the US, this applies in a much greater way. Instead of the additional $70 Billion Dollars recently gifted to the military for death, we could and should take that back and use it for research in fighting infectious diseases!

This article points out the inherent dangers present in a “for-profit” healthcare “system”. If we depend, as we do, on the “Free Market” to protect society, we will pay a heavy price for our fealty to Corporate profit-making.

As a matter of fact, the unnecessary overuse of antibiotics, which scientists have warned us about for decades, is directly attributable to our systems of both Healthcare and Animal Agriculture, as well as Big Pharma, which favors profits above people.

Infectious disease in plants and animals can be controlled organically. Can it be likewise controlled in humans?

And here in the US, this applies in a much greater way. Instead of the additional $70 Billion Dollars recently gifted to the military for death, we could and should take that back and use it for research in fighting infectious diseases!

Think of it as evolution in action

Scary stuff, especially when old defeated diseases are about to be released into the environment from melting permafrost.

It is antibiotic resistance only, some natural antimicrobials, such as allicin, are not affected by resistance and kill any bacteria they encounter, no matter how resistant they may be to commercial antibiotics which must be able to chemically bond with a receptor on the surface of a bacterium in order to be able to kill it but allicin, a volatile compound that occurs when natural (non-irradiated) garlic is crushed. It can be very strong and burn tender skin unless diluted in water. People have reported complete cures with series of garlic water baths.

If you want to know exactly how and why it does what it does, there is a MRSA patients forum where people have been reporting cures using this simple old-fashion herbal folk remedy that really works for seven years now. http://www.mrsa-forum-usa.com It really works and there are detailed explanations of how and why so people understand. If you still have doubts, Google garlic water baths and see what you find.

A few years ago, there was a short article on the net from one of our “non-existent” bio-weapons labs. Someone had thawed out a specimen of the Spanish influenza. They tested it and said it is just a potent a killer as it was during and after WW-I.
*My question when I read it was, “Why are they thawing and testing a scourge like that in this day and age?” Several pretty foul reasons quickly occurred to me.
;-})

That was a terrible disease. My great-grandmothers sister’s little daughter died from it. It killed an estimated 20 million people world wide out of the 50 million that contracted it.

I read that the microencephaly epidemic in Brazil has been compared to other areas where there is no microencephaly associated with the virus. They are currently looking at the larvicide used in water tanks to control the mosquito population as a factor.

With respect due to Leah Cowen’s educated knowledge as professor and chair of molecular genetics at the University of Toronto’s Faculty of Medicine a discussion of research for new medicines and modern use of antibiotics without addressing the cause of antibiotics resistance to todays super pharmaceuticals is limited in scope. To discuss lack of research to treat emerging infectious diseases such as Ebola and Zika virus is a topic which stands alone. Sure it is now imperative to fund new research to combat infectious diseases but without considerations of the outsourcing of active pharmaceutical ingredients to Asia and the overuse of antibiotics in industrial animal farming the importance of inventing new drugs is a never ending battle.

“The overuse of antibiotics on farms is a major cause of growing resistance in humans that is giving rise to superbugs, bacteria impervious to all but the strongest medicines and which pose a huge and growing threat to human health.”

Most UK supermarkets falling short in fight against antibiotics crisis

Overuse of antibiotics on farms is major cause of growing resistance in humans, as campaigners name Lidl as worst performer

“Drug manufacturing has undergone significant changes in recent decades. For example, many companies have started to outsource the production of active pharmaceutical ingredients (APIs) to Asia. Antibiotics form an important part of what is now a global industry.” 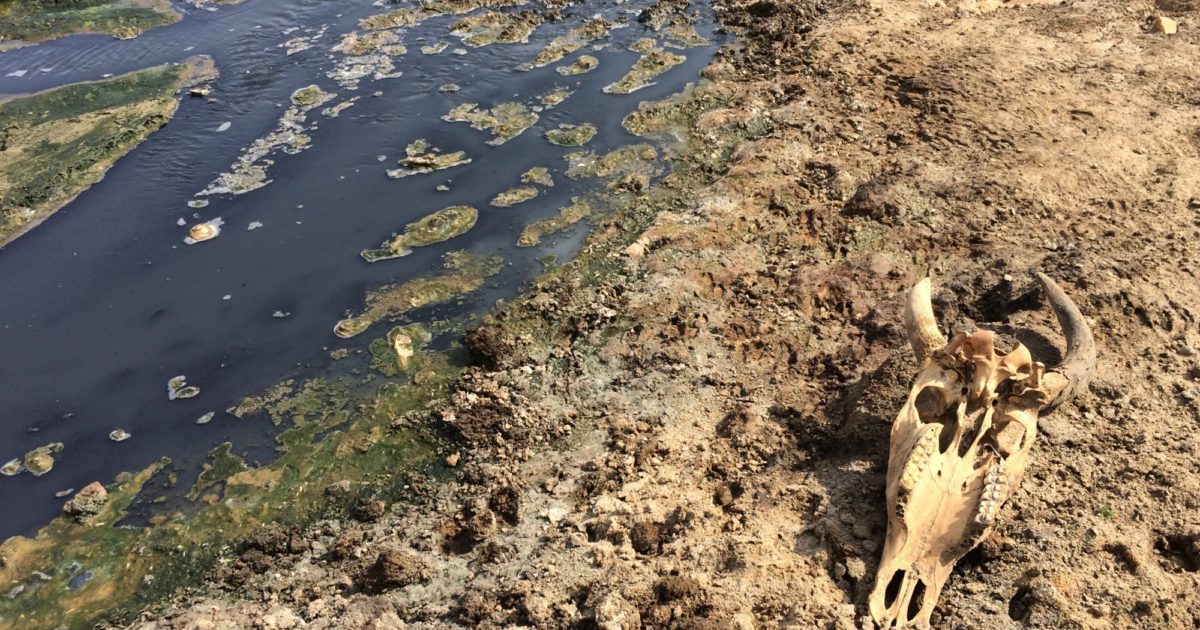 Big Pharma's pollution is creating deadly superbugs while the world looks the...

Global supply chains are strictly regulated to ensure the safety of medicines, but environmental standards do not feature in international rulebooks.

“The overuse of antibiotics on farms is a major cause of growing resistance in humans that is giving rise to superbugs, bacteria impervious to all but the strongest medicines and which pose a huge and growing threat to human health.”

This, over and over. Plus, jeepers, American doctors, stop prescribing antibiotics for viral diseases like colds!

Dear TraumaTechnician The first article referenced talks about the use of antibiotic use in industrial animal farming and the move in UK to curtail use in fast foods and supermarket chains. It is possible to cite other references to use of antibiotics in Chinese farm poultry production and global fish farming from Norway to Thailand. Read the labels on that frozen shrimp and/or Tilapia. Where was it raised. Food production is a global trade and man at the top of the food chain consumes, retains and then excretes what is ingested be it microplastics or antibiotic pollutions. And second to that the wastes from the global animal industrial farms ends up in the earth’s soil and waterways and washed down to the ocean.
The second referenced articles are serious questions raised by the unregulated pharmaceutical industries in India and China which produce active pharmaceutical ingredients.
Quote "The rise in multidrug-resistant bacteria is usually attributed to the overuse of antibiotics in human medicine and farming. A new study, published in the journal Infection, suggests that there is a third source: globalised drug manufacturing.

Drug manufacturing has undergone significant changes in recent decades. For example, many companies have started to outsource the production of active pharmaceutical ingredients (APIs) to Asia. Antibiotics form an important part of what is now a global industry.

China and India are currently the world’s largest API producers in a market that was worth US$160 billion in 2016. But along with such impressive growth there has been a loss of transparency and oversight. The API supply chain is enormously complex and assessing production standards is one of the big challenges the industry faces. Controls are being performed by the WHO as well as regulatory bodies. But these checks usually focus on the purity and the safety of the substances produced, not on environmental issues."

So there are three factors in the irruption of superbugs resistant to super antibiotics and without correction of all of the causes development of new antibiotics is only a race to the end.

By the way I do not recall mentioning the over prescribing of antibiotics by the US medical profession.

I realize you didn’t mention over-prescribing - that why I said “Plus…” Thanks for the links.

This is only one of many consequences of allowing capitalism to control the direction of a nation. The profit motive and so-called “free market - free-enterprise” is neither free nor without disastrous consequences - Big-Pharma is a self-serving entity, dedicated to driving consumption through advertising regardless of truth, wisdom, or science; witness overuse of antibiotics and the opioid crisis/epidemic pushed on America (as well as other legal-drug crimes)!

Vulture capitalism thrives on profits but does not give-back to the society and people that makes their obscene profits and CEO pay possible - they are a parasite on the nation. Governance, OF, BY and FOR the people has been turned upside-down by corruption and manipulation of government regulatory agencies to serve profits above all else. A sustainable future or healthy population is not the goal of corporate entities, only profits and wealth regardless societies/people’s needs, destructive consequences, scientific facts/wisdom, or the real strength and “greatness” of any nation.

The criminal subversion and corruption of civilian governance and regulations that serve the people/society has become critical, as in the case of antibiotic overuse and under-funding public health agencies and services. Big-pharma’s quest for profits over society and ability to subvert government, media, and science is bought and paid-for - made possible by their obscene profits ability to buy political representation and legislation, or prevent legislation…the danger and subversion of our nation and sustainable future has never been more extreme and clear than under the trump regime of shills, fools, and criminals!

This is only one of many consequences of allowing capitalism to control the direction of a nation.

Capitalism controls the global market and all industries including farming and drug production are global. Greed produces global pollution. And there are no regulatory measures to prevent or even curb this extremely serious pollution causing microbes to mutate forming more dangerous diseases.

As is evident this enrages my mind !!!