'It Is Pure Hell Here': Videos From Bahamas Show Devastation Left by Hurricane Dorian as Category 5 Storm Heads Toward US Coast

The Abaco Islands situation is so messed up it’ll be days before people can even get out there to see it, and by then Florida might be in serious trouble. From Bob Henson last night:

The question remains how far west Dorian will inch before it makes its crucial turn. Historical analogs are not comforting in this regard, as several hurricanes have cut further west-southwest than expected in this part of the world—including Irma in 2017, which moved left of its two-day forecast track to strike north central Cuba, and Katrina in 2005, which angled west-southwest into the Florida Everglades contrary to the westward track predicted just a day earlier. Both of these shifts were within the forecast cone, which for Dorian extends as far south as Palm Beach County.

I have been watching it all night using the nullschool Earth map and it is like watching a blender on high speed sitting on top of those little islands. Very depressing.

Unfortunately I have seen this before, but never stranded on and island. As you can see the Bahama islands don’t have enough land mass to effectively lower the wind speed, bad for the islands and Florida. I don’t know anything about the culture on these islands, my hope is the people have the ability to work together and help each other, and pool their resources. I also hope they don’t have fire ants, you can’t imagine, if you’ve never been in flooded water with them, how much misery they add to the situation. It could be many days before any help arrives, if the storm’s forward speed slows down as predicted. Good luck to them, they’re going to need it.

Incase your unconvinced about the shear stupidity of our President, there’s a story this morning, put out by the AP, where he told people that Alabama was at risk from the storm, meaning he doesn’t know where the state of Alabama is on a map. It’s straight up scary someone so ignorant, is leading this nation.

ooh dear, not a very nice place for a holiday is it? Ibiza might be on the books this year, perhaps Skegness if the weather stays nice. My friend Trevor recommends Rhyl.

Or you could go to fairbourne and watch the village disappear into the sea: 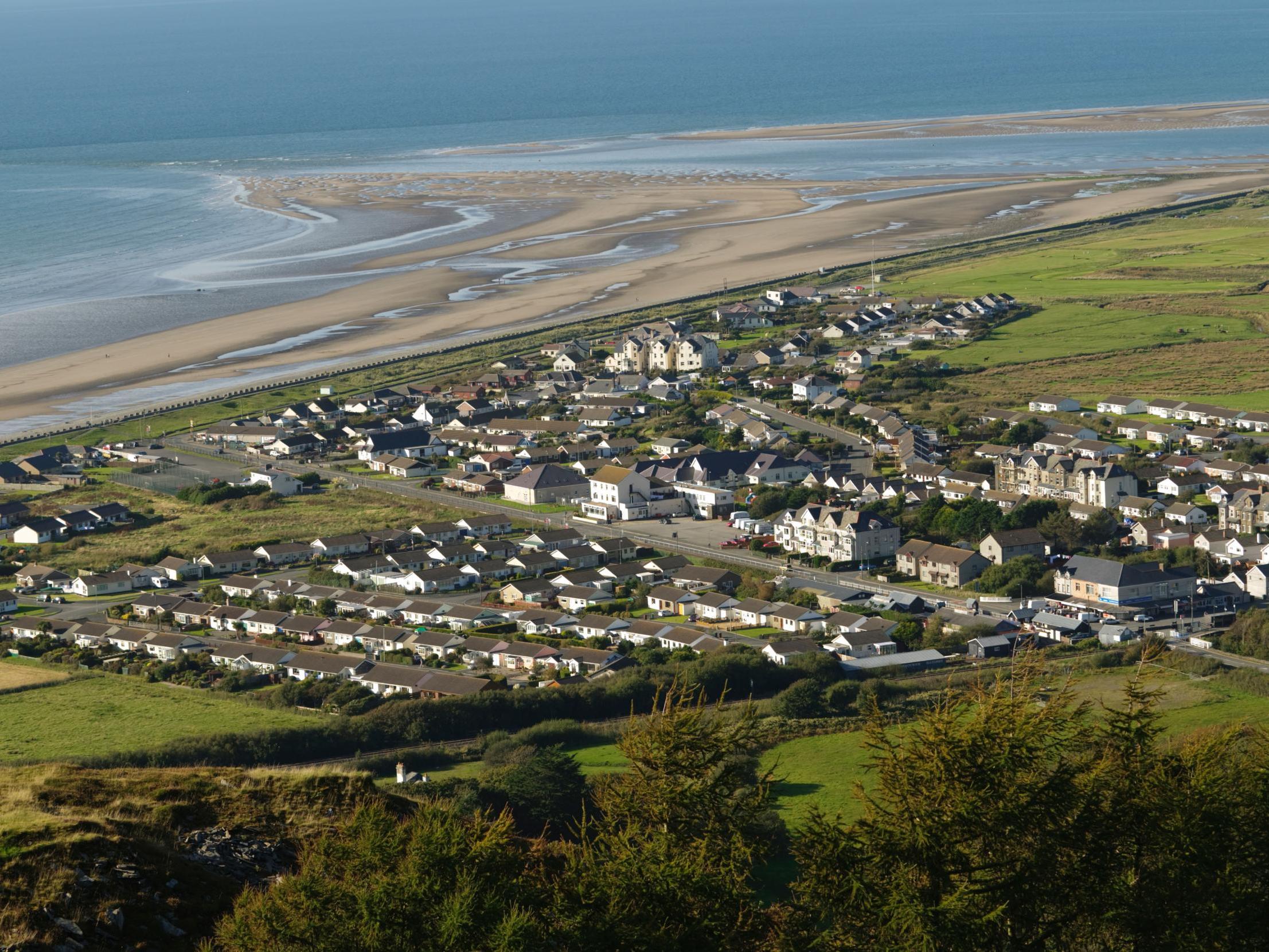 ‘Until I need a rubber dinghy to get out my front door, I would rather not go...

Rising sea levels could turn the families of Fairbourne into Britain’s first climate change refugees – though not everyone is willing to leave, reports Colin Drury

Nothing more cruel to nature than mankind .

Yeah. I saw that. How pathetic.

The more of Hair Hitler’s base that gets nailed by this storm, the better.

That’s an unfortunate thing to say. We could have malefactors seeking to injure the commons by putting out vicious, bloodthirsty posts like this, and then saying “Look, nobody objected, and they’re supposed to be progressives or something, with millions in danger from the strongest storm yet.”

Well, I objected. Your post is disgusting and unwelcome, so far as I’m concerned. Go (back) to Hell.

Two years ago 6 friends and I bare-boated out of Marsh Harbor. We sailed all through the Abacos, 10 days.
People were very friendly everywhere. Terrible to see this.

Worldwide sea level rise is only a foot or so, plus maybe 2 feet extra for the king tide, plus 20 more feet for the hurricane’s dome of water, plus the wave action. Based on last night, consider that your own city’s downtown should be considered uninhabitable.

No? Are you somewhat of a climate change denier? Can’t handle all of that science stuff?

And if you live in spain where there was not one, but two tornadoes last week in malaga and floods in madrid which swept cars away and closed the metro and hailstones two feet deep, please adjust accordingly.

This may come as a shock to you, but hurricanes don’t check party affiliation when they show up to destroy your town. Have a nice day.

Dorian scares me, and I don’t scare. She(and I do feel a feminine energy. with her) reminds me of the wrath of Sekhmet, the Egyptian lion goddess who represents the destructive power of the sun. She wears the solar disc headress, along with the royal ureaus(the rearing cobra). Dorian is a daughter of the Sun. Hurricanes are a way Gaia maintains balance. We no longer respect such great beings. The book Divine Tempest gives a Jungian view of storms, and is well worth reading. The author has interviews with hurricane survivors who describe their psychic impressions of the storm. My heart goes out to the people in the Bahamas. They must be enduring unspeakable suffering. And the world should join together to help-from the G7 who think they’re Masters of the Universe to the poorest. Because, you see. it will be our turn very soon…

A couple of the last few posts hint at what I was thinking when I started reading this thread. How much preventative action has been taken? Are the levies in Louisiana going to hold next time?
Are storm walls adequate? Have we read the “The three little pigs?”
We know there is a wolf in the woods just biding his time. Are we building with bricks or are we still in sticks and straw mode?
That would look an awful lot like infrastructure design and construction, something presently foreign to us it seems.

That would look an awful lot like infrastructure design and construction

Mother Nature doesn’t seem to care about design of construction when it comes to sea level rise; or hurricanes. The only sensible response at this time of the Climate Crisis is to 1) move inland from the coasts 2) shut down the extraction of ALL of the Earths treasures. Including soils, forests, minerals, fossil fuels, etc We humans need to not only stop killing the Earth, but also need to put things back to right.

That is a big challenge. I was thinking more in terms of building earthquake resistant structures, tornado resistant, flood resistant, hurricane resistant, excessive heat and cold resistant.
This will be just as hard as political suicide. The one with the ignoring of climate change and working against the environment.