CNN, the super neoliberal outlet for misinformation and a mouthpiece for the DNC.

Well, here it comes!!! Time to attack Bernie, nothing has worked so far, but hey lets see what lies, distortions and nonsense can we send out. First off, as a volunteer for Bernie I was puzzled about the story regarding a script for his volunteers that says warren is an elitist etc.
I have NOT seen any such script. We were given talking points on Bernie’s record and told to speak to the issues that the person feels are important to them such as healthcare. Bernie nor his campaign ever trashes anyone that I have seen. The idea that Sanders would say a woman can’t win or negativity towards women is just stupid.

Never underestimate the lengths the owners will go to, in order to protect their interests. I’m a bit surprised that Warren is naive enough to believe that bullshit.

CNN is officially now owned by AT&T”s WarnerMedia as of Aug. 2019.
AT&T’s political contributions cover the gamut.
They obviously prefer corporate candidates, but they gave Bernie $75K (4th highest amt).
https://www.opensecrets.org/orgs/summary.php?id=D000000076
They know Bernie is looking like he may be the next Prez.
At any rate, I ignore CNN / don’t even subscribe to cable TV.
Bernie 2020!

If Jeff can’t BUY them and FIRE all the truth-sayers, they’ll all simply have to spew more große Lüge, over & over & over? 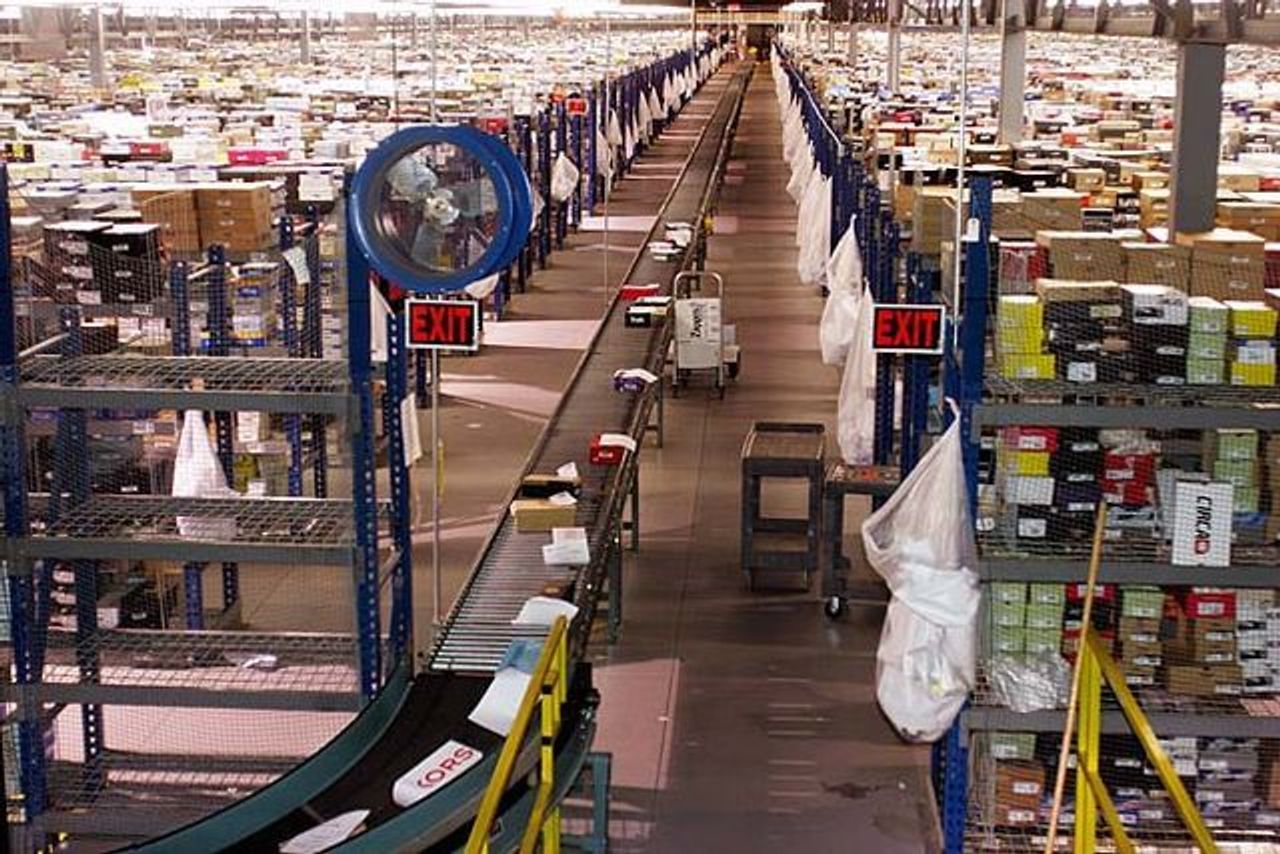 According to OSHA, there were 57 injuries last year at the GSP1 facility—but Amazon workers suspect the real number is higher.

Despair in America: the Unspoken Issue of the 2020 Election - CounterPunch.org

Ever wake up one morning and ask yourself if anything really matters?  Why do I stay alive? These are but two of the existential questions that an increasing number of Americans are asking but are rarely discussed publicly. Asking such... 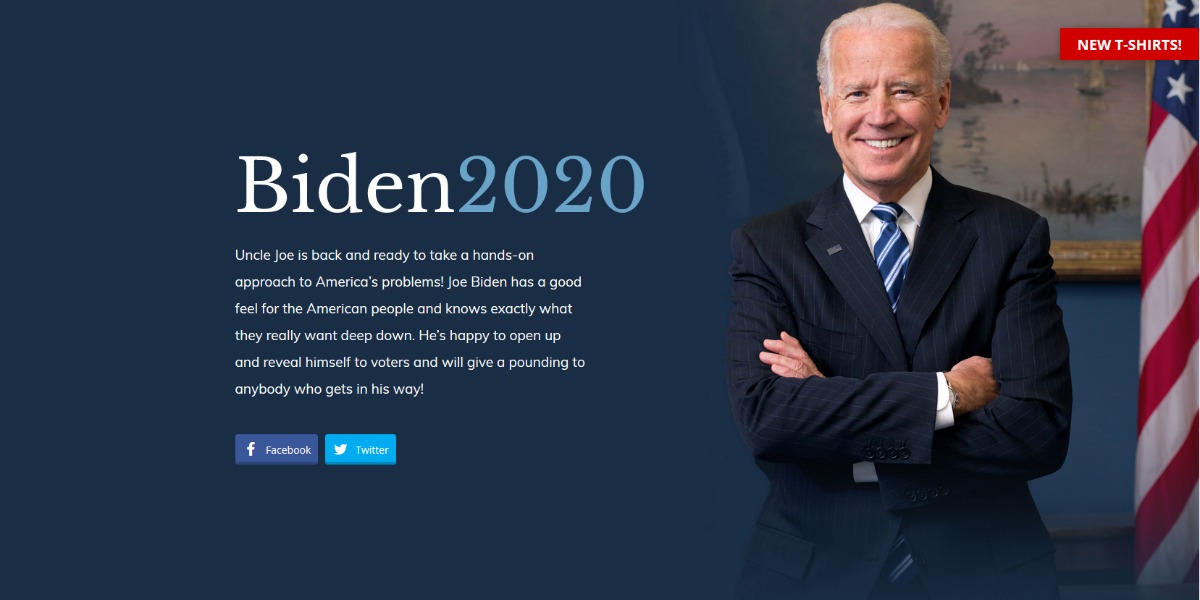 The New York Times wants you to be scared of anything and everything except Biden’s actual policy record.

Make sure to DONATE to the truthful blogs, as possible!

And so it Begins.

The Distortion of Bernie’s record and the Lies about what he said.

Everyone knows that Bernie is incapable of making such an anti-feminist remark.

But what is so disappointing is the fact that Warren is allowing this Lie about Bernie to Linger.

At this stage in the race she is showing her lack of integrity, her Republican claws are coming out and she is wallowing in the mischaracterization of Bernie by the Tycoons at Cable News.

We all know that the Print and TV Media hates Bernie and the Progressive Movement and this is the first salvo at trying to discredit the number one progressive and the new front runner in Iowa, Bernie.

Excerpt:‘Let’s be clear about what is going on here. The Warren campaign, in concert with a media that has been either hostile to or dismissive of Sanders and is itching for controversy, is trying to turn a nonstory into a scandal and attack Sanders with a narrative recycled from Hillary Clinton’s 2016 campaign.’

Brace Yourself Sanders Supporters, It’s Going to Get Ugly

Bernie's surging in the polls so get ready — we're all about to be deluged by manufactured controversies. This weekend, the Warren campaign, in concert with a media that has been either hostile to or dismissive of Sanders and is itching for...

The gloves are off.

I’m confused. In the article it says that Bernie supposedly said that to Warren herself.

But what is so disappointing is the fact that Warren is allowing this Lie about Bernie to Linger.

I don’t think Warren was ever asked about this CNN story - just her staff who probably didn’t want to comment without knowing exactly what to say. Hopefully the campaign will issue a statement soon.

As far as cable news sources I watch M$MBS, Fox and CSPAN, I DO NOT watch CNN and I don’t get FSTV or LINK through my shit cable co. So far Sanders has not bad mouthed any of his opponents in ANY of his campaigns. This probably is what the talk here is that it is promoted by the “networks” to provide clicks and “news” to their viewers. As of this minute I call it bullshit.

The corrupt DNC lost the last election and are hard at work losing this one.

Fortunately, Liz & Bernie are too shrewd to be conned into beefing with each other. Their supporters, on the other hand…

This can be cleared up at tomorrow night’s debate.

I have little doubt that Bernie will call it out for what is – a hit piece.
After all, Bernie has been almost too polite in his campaigning.
I’m looking forward to Liz’s response. It will speak volumes.

Warren has always been suspect as a “progressive candidate” and any that lump her in with Sanders does Sanders a disservice. In letting this linger Warren is hurting her own campaign. There are videos on the internet (some of which i linked to ) showing Warren lying about her past. With NO Comment as the official Warren campaign stance on this report Warren will alienate even more of the progressive community who might think she close to Sanders on policy.

Now if Warren comes out and says Sanders in fact said this , given the fact Sanders already claimed it did not occur , who will the people believe? I doubt it Warren. Given she has not come out and said this in fact occurred in taking the “no comment” position she then plays a sleazy political game.

To maintain any credibility she has to come out quickly with a statement. No Comment is the worst position to take.

I don’t think we should bother attacking Warren over this and besides, that’s exactly what the authors of the story want.

Why would they have any comment? They weren’t in the room. Chances are good that the question was posed in such a way to elicit a “no comment” response.