Michael Moore Talks Impeachment, Medicare for All, and Why Trump Might Win Again in 2020

It’s great to hear Michael Moore state the things that commenters have been saying here at CD.
We get to hear the passion of our dilemma and see it at the same time. I got a bit of an emotional rush hearing Moore describe what Bernie is self-lessly offering the American people. And that us 60-70-and 80 year olds owe it to our young people to help save this planet, not for us anymore, but for those young folks that will have to watch a deteriorating planet throughout their lives.
Help someone to register to vote.

You’ll be unhappy to know that Congress earlier this month killed several Cannabis reforms that a majority of Americans wanted. 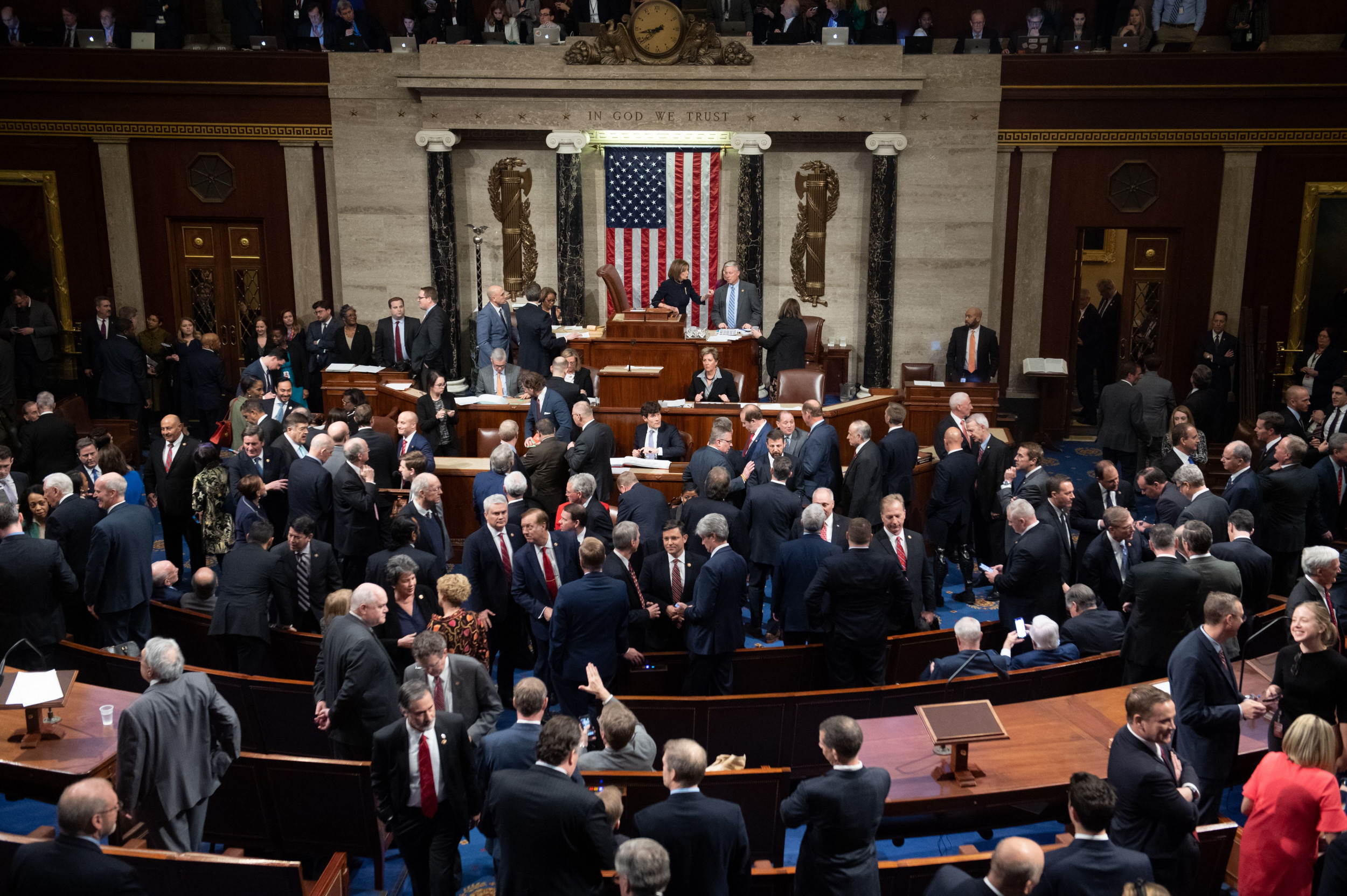 The recreational cannabis industry, which is fully legal in 11 states, will continue to face onerous levels of red tape and uncertainty well into 2020.

I disagree that there is any chance in hell that we will get 20 Republicans to remove Trump from office. It is laughable of Moore to even suggest that and utter the words “conscience” in the same sentence with “Republicans.” There is simply no version of America in 2019 that will make that move. He is beyond naive to think that those Senators live by some moral code or that they feel awful about having abetted Trump. Republicans are criminals themselves benefiting from the same sinister entities that support Trump. They’d sooner resign than convict Trump and Moore is being extraordinarily naive to think he can be removed.

I also completely disagree that Trump would win today if we had elections today. He is vastly overrated, he barely won the last election, there is more of us than there are of them, and the only way he would win today or 2020 is via foreign help and voter suppression. The other thing we need to worry about is him declaring martial law and suspending elections or just refusing to concede if he loses.

I agree, however, that we must get the vote out to Democrats and liberals and not run a HRC 2.0 again. Even then i think most people realize the immediate and urgent threat poses to this nation. You can work your way around Democrats but you are hitting a wall of massive proportions with Republicans who are ALL, exclusively, criminally motivated, including Romney and Murkowski

Moore was one of the few public figures who predicted that Trump would win.

Yes, because Trump has been so much better…

All Trump has to do is win Pennsylvania and Michigan again - and therefore the electoral college, and it does not matter how badly he loses the popular vote. I can vouch that if the election were held right now, Trump would win Pennsylvania. He is very popular everywhere except inside the city limits of Philly and Pittsburgh.

I also completely disagree that Trump would win today if we had elections today.

You certainly have the right to disagree but recent polls indicate for the first time since the primaries have begun, that if the election was today, Trump would defeat anyone of the democrat candidate. Since, impeachment, his approval ratings have increased:

USA TODAY Poll: Impeached or not, Trump leads his Democratic rivals for...

I have another scenario… The party already knows rural America and the Electoral College will put Donald Trump back in the White House. So, it is looking for a sacrificial loser to run against him the party bosses wouldn’t care about sacrificing. Bernie, already sacrificed by the party bosses in the Hillary debacle, is that candidate. Mull over that while staring at the ceiling in bed. I think that’s what’s going on. Just hope we can recover the Senate control before the country collapses.

He could “lose” by ten million votes and still win the election, it’s not the popular national vote that matters, it’s astounding to me how many don’t get that most basic fact of presidential elections. If the economy holds together, he’ll be very tough to beat. Oh and politicians of all stripes don’t live by some imaginary “moral code”, they live to be re-elected and they do that by counting votes. That’s cold, hard reality.

I don’t recall him being hysterical, what I do recall is that he was one of the few who was saying that a Trump victory was much more than a pipe dream. He was seeing what a lot of pundits were oblivous to.

I have to agree with MM that Trump could very well win again in 2020; especially, if Trump goes up against Biden either legally…or illegally! Hell Trump may even be able to beat Bernie with his lies and corruption ( he has already called Bernie " a left wing nut case") but in my opinion, Bernie would bury and ANNIHILATE TRUMP! In 2020 in a fair election, but Trump is so egregious; so rotten; so corrupt; he will it seems to me, do what ever it takes to stay in office…AND WHAT A DIRTY SHAME!

Bury the left once and for all. It’s postively Machiavellian. But then we’re talking the DNC, they’re certainly devious enough, but not that bright.

I dont think so. He won many districts there with a close margin, a few hundred more votes here and there due to the immense unpopularity of HRC and record low voter turn out as far as Democrats are concerned and votes being siphoned off to Stein etc. Even in those shithole states there are still less of his ilk than ours.

oh please. Those polls also said in 2016 that HRC would win by a large margin. And if we went by polls then Omar and AOC wouldnt be where they are either. Those polls ask like 1000 -2000 people in a country of 300 million. They are completely unscientific and not representative at all. The rabid dogs that make up his base always get polled and are always enthusiastic to respond.

So Wisconsin and Pennsylvania were just fine when they voted reliably Democrat ( up until 2016), but became “shithole states” when they went for Trump. Yikes, it’s worse then one possibly could imagine.

I am not talking about the popular vote. I am talking electoral college. Plus, how the hell is the economy doing well? For the 1%? Yes, i give you that, but even the losers who support him arent doing well. The economy is not doing good. And there are other considerations beside the economy for most americans. See 2008 and Obama. People were tired of Bush, Republicans and wars. We had massive voter mobilization. Obama didnt just win cause the economy was bad. The same people who voted for Trump had voted for Obama. you are underestimating just how bad and horrible of a candidate HRC was. The Dems could seriously not have put forward a worse candidate. Look up #TrumpRegrets. I dont think if we mobilize the 18-30 crowd, the non-voters and such Trump will still win. Remember he won many districts by close margins. I really think the only way he can win 2020 is if we have voter suppression and foreign interference - two very serious things i would not discount.

ok well if those people voted solidly democrat up until 2016 and then turned away due to HRC being the worst ever, what makes you think this time around it wont be like before 2016? Again, you are underestimating just how deeply deeply unpopular and horrible a candidate HRC was. I dont think the Dems can top that. if those states had been solidly GOP for decades you may have a point but something happened in 2016 and that something is Hillary Fucking Clinton. She is the X factor. She was a god sent for the GOP.

Hell Trump may even be able to beat Bernie with his lies and corruption ( he has already called Bernie " a left wing nut case") but in my opinion, Bernie would bury and ANNIHILATE TRUMP! In 2020 in a fair election, but Trump is so egregious; so rotten; so corrupt; he will it seems to me, do what ever it takes to stay in office…AND WHAT A DIRTY SHAME!

I don’t think it would matter what either of them did. The leaders of the democratic party (notice small letters…) would do everything possible to keep the status quo. Trump would win, they would cry, and blame progressives. Same as always… What was the line “Second verse, same as the first”?