The Bernster is right. Corporations have been at War with their workers trying to Increase Profits by Decreasing Wages.

They Hate Unions and they Hate sharing exorbitant Profits with the Workers that Created Those Profits.

The Irony is, we Americans gave these Unpatriotic Corporations Tax Breaks to cover their expense of moving to China.

Enough already, it is time to Vote for Candidates like Bernie who will Represent and Fight for WE THE PEOPLE instead of Candidates that take Bribes/Donations and Represent Corporations that have destroyed the Unions and the Middle Class.

Bernie’s great. Where is Elizabeth Warren on sectoral bargaining? Does anyone know? 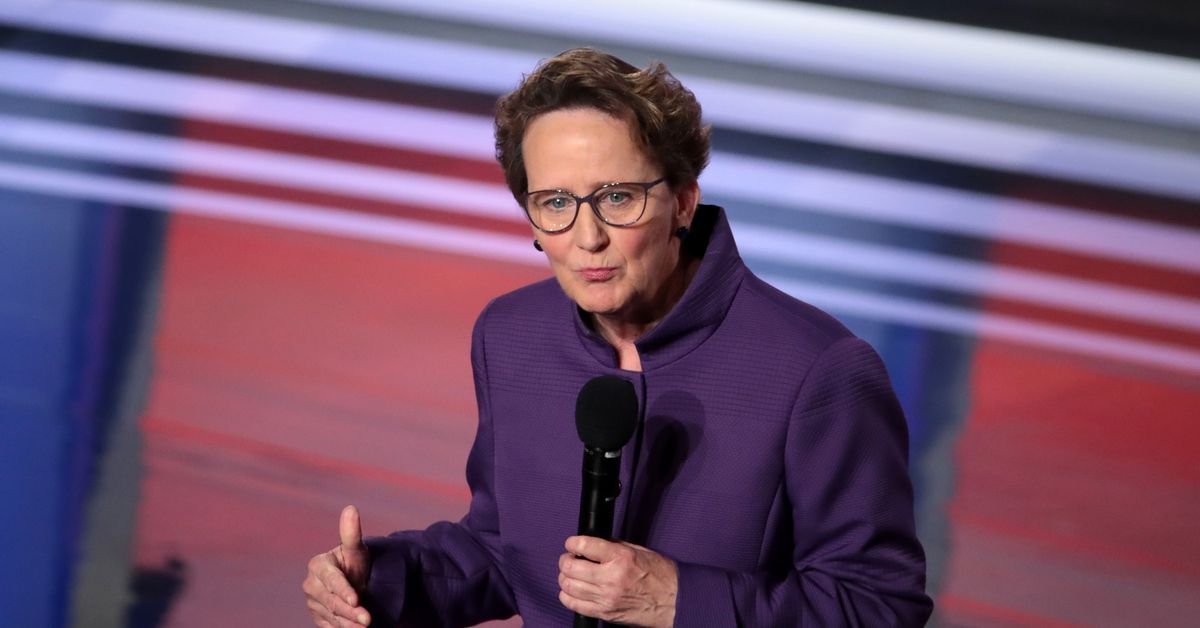 The big new plan to save unions endorsed by Bernie Sanders and Pete...

SEIU president Mary Kay Henry is demanding laws allowing unions to bargain for workers as a whole, and Democratic candidates are signing up.

Warren - “I am a Capitalist”

These struggles today remind me of Pablo Neruda’s poem about the Spanish Civil War (this is a translation): “I met Bolivar one fine, long morning, in the mouth of the Fifth Regiment. ‘Father, are you, or are you not, or who are you?’ And looking toward the Quartel de La Montana, he said, ‘I wake up every hundred years, when the people awaken.’” Back in the 60s, when Bernie and I were first active, we learned about earlier struggles against wars, for union recognition, and so on. I’ve been slowly passing on my experience to younger people now. So is Bernie, I think. We aren’t talking down to young people. This is their movement! I think what we are doing is trying to make sure that today’s activists don’t have to reinvent the wheel. Bernie (and others like me) is trying to build a bridge to today’s activists…like in Neruda’s poem: “I wake up every hundred years, when the people awaken.”

I don’t know, Unmentionables. What I do know about Warren is that in 2018 she voted for the NDAA legislation. That’s the Act designed to dismantle/override the US Constitution, in conjunction with the Patriot Act:

Why The NDAA Bill is Even Scarier Than You Thought

The National Defense Authorization Act of 2013 passed the Senate with a 98-0 vote. The NDAA is a huge federal law that among other things specifies the budget and expenditures for the Department of Defense. The authorization bill...

Bernie is the only FDR/Henry Wallace candidate we’ve had in decades. He’s an organizer, a leader, and an inspiring presence.
He can’t do it alone and has asked for a grassroots coalition.
Someone with money and savvy should organize Hong Kong style strikes against Trump, the GOP, Pelosi, Schumer, and Trump’s golf courses and other properties.
Voting by itself isn’t going to do it.

Well that’s a separate question though it’s an important one. We need a broader politics than being anti-interventionism and defunding the war machine. We need to revive the union movement.

Seeing the phony Warren on CD makes me semi-ill.

Don’t forget the government assault, where you often have many managers and supervisors breaking the rules so frequently it is impossible for the business agents to keep up and do their job of helping the employees.

It’s not only about the war machine. After studying the NDAA and the Patriot Act you will see that these two vile pieces of legislation lay the foundation for the unadulterated fascism we are now experiencing in the US. In my view there is no separate question.

Liz uses the pronoun ‘they’ five times … meaning someone else. Reminds me of NY Banker Finkstine when he says ‘Hillary will be with us in the end’. Not to worry, Liz ‘I’m A Capitalist’ Warren will be with you in the end.

Warren is a fake progressive. Once a republican, always a republican & unlike Bernie she has never been consistent on any issues that affect the workers or people. And she already said she will take corporate $.

Unions better endorse Sanders & not the candidate the DNC tells them to. The only union who has done it so far is the UE of Pittsburgh. Unions have to think of the workers. I trust Bernie & if my union does not endorse him I will leave it. The democrats abandoned the working, middle classes, the poor, young & the elderly since neoliberal Clinton, so why should we vote for anyone but Bernie? I won´t.

Unions have to think of the workers.

Completely agree. The problem is that the same battle against neoliberalism needs to be fought within the unions as it does in the Democratic Party. It’s winnable though.

I’m for sending the Billionaire Class the way of the French Aristocracy.

Guillotines are deliciously efficient and attractive, but probably won’t be allowed.
What I’d like are Nuremberg-style trials for all the criminals involved in all the crimes. The Bush administration for lying us into war, the Koch brother and his ilk, Wall Street for defrauding the world, the environmental destroyers, the gestation slavery crowd, etc.
Put them on trial for all the world to see. Ruthlessly expose their crimes against humanity, democracy and the biosphere.
Then humanely put them to sleep using pentobarbital.
It would be the best reality television show ever seen and would help purge the world of evil.

Frustrating to see the Green Party ignored by Common Dreams still. Howie Hawkins recently retired from working as a teamster for UPS. When he talks about workers, he says “we” not “they.”

It is time to correct the decades of diminishing worker rights and shrinking unions as well as low-pay. The United States is about to begin a transformation to a clean, sustainable energy future. The new economy we create must prioritize the rights...

I hope TO HELL more and more people see through her scam. She wants to take big money if she hits the general and believes we should maintain a presence in all countries where we currently are! (She probably loves it that Dumbf is putting troops in Saudi Arabia!) That’s two strikes right there and, for me, the third strike is that she will get votes from many ONLY because she has a vagina!

Nobody has forgotten about anybody. Right now we’re focused on watching the unions frying bigger fish. Rough fish in the January caucus even might be on their menu. They’ve done it to The Sandernistas before and the DNC is up to their usual tricks in Iowa and Neveda, again. Different elections, same ol’ DNC.
Mr. & Mrs. Biden are attending fish fries in 2 small cities in Iowa today. We’re going to listen closely, making sure they don’t catch bones in their throats and cough up a bunch of " word salads ", like usual.