Most Americans Support Phasing Out Fossil Fuels. Isn’t That Worth a Headline?

Nice going, Sen: a classic case of mainstream journalism bias that - by framing issue conservatively in its headline, and by leaving out and burying poll info - ‘manufactures public consent’ to a right liberal view.

Wapo has become practically an organ of the right wing; among other transgressions, its editorials and op eds have included the most rabid climate denial for more than a decade. Since 2013 it’s been owned by centibillionaire Bezos.

To their credit, they did just publish the modern-day Pentagon Papers. 'Read Every Word of This': WaPo Investigation Reveals US Officials' Public Deception Campaign on Afghan War

Some start on good ideas there, but we have to go a lot farther fast.

A gas tax is a terrible way to reduce GHGs. If it’s high enough to reduce the driving of those who drive most–the rich–it will devastate everyone else. If rebates are offered to allow the huge majority of non-rich people to drive more, what good is the tax? Better to ration gasoline until ICEVs are gone—one more way to convince people to take transit, and to convince cities, counties, regions, and the US to provide it, at all levels from high speed rail and regular rail, light rail, E-buses, jitneys, and leased EVs.

We’re such a fabulously wealthy country, we can at least do what China did—go from 70 miles of HSR to 15,000 in 10 years, and from about 0 E-buses to 400,000 (98% of those in the world) in 8 years, while leading the world in production and use of solar panels, wind turbines, and batteries. They’ve continued to expand all of them.

“A carbon tax of $20/ton will raise the price of a gallon of gasoline by about 20 cents. Even $100/ton, far higher than anyone is now contemplating, adds only about $1 to a gallon of gas — not nothing, but well short of powerful enough to drive a rapid, mass transition from ICEVs to EVs. [which is what we need to avoid catastrophic climate change.]” 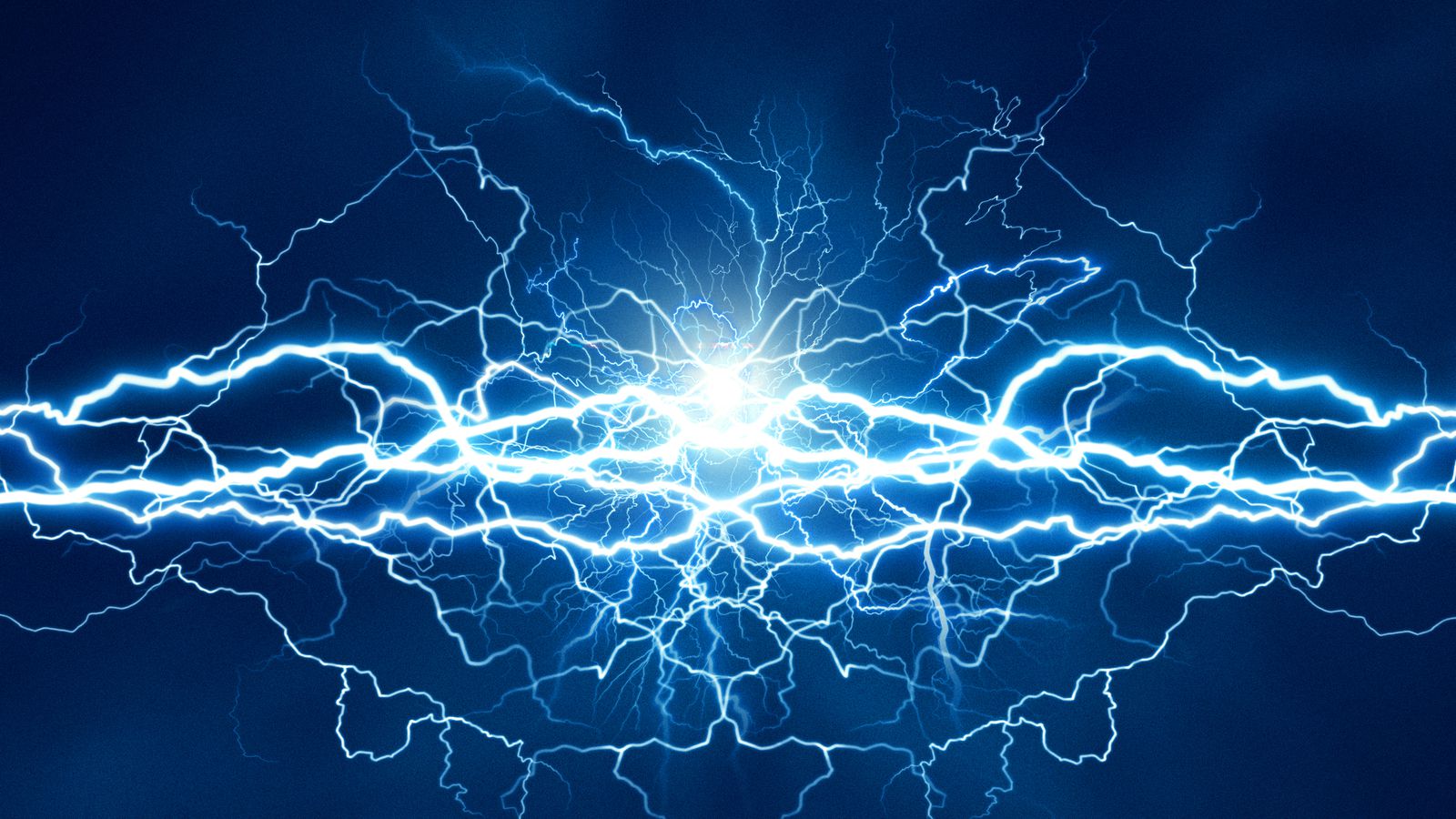 The key to tackling climate change: electrify everything

Electricity is the only form of energy we really know how to decarbonize.

Virtually no carbon tax passed or even contemplated comes anywhere near what’s needed, in price or speed.

4 days after Pearl Harbor the US banned the manufacture of private cars for the duration.
In 2008 the US spent $80 billion to bail out auto corporations without getting anything in return; they now owe us and the world an immediate stop to ICEV-making. Immediate. Nothing but EVs from on, for anything–cars, trucks, tractors, bulldozers, cement mixers… If they don’t, they need to be nationalized so they can produce what we need—mass transit and crucial machinery.

Rather than reduce vehicles in cities, ban all ICEVs, limit or ban private EVs in cities.

And why 250 miles? Seems like 80 or 100 would cover it. The time for doing less than is needed is over; it’s time to always do enough to make sure; more than is needed every time. After all, there’s a climate on.

Rationing fuel is correct. I forgot to mention. This actually improves economy and standard of living in rural areas. There would be a massive shift in resident to be closer to work. The gentrification in Indianapolis, Chicago, Detroit would jump outward to where businesses with employees are. The downtown of hospitals, financials, museums, concert halls, are not hurt. Americans produce 25% of the problem and reducing auto usage severly can get us to 2.5% within a couple years. The 2030 and 2050 talk is rubbish.

The italians bought chrysler. GM HAD 118 billion dollars in their pension funds and i do not know where that loot went. Ford the ethical, borrowed 23 billion dollars - not from government - because Bill said ‘we made promises and we are gonna keep them’. The pension fund would have been dumped onto the federal government to pay out just as the steel mills did years ago.

Yes, good reasons for a more secure, more compassionate Social Security and other programs that would be beyond the reach of the lunatic right whinge. I don’t know about several things there: 2.5%? Pension fund to the government? The usual action is for businesses to loot the pension fund and then go bankrupt, hiding behind offshore accounts, incorporation, etc.

Was the Big 3 Auto Bailout Worth It?

The auto industry bailout of GM, Ford, and Chrysler cost $80 billion. It's mostly been recovered. Learn what happened and whether it was worth it.


The moving outward thing? Switching to high speed rail, and greater reliance on regular rail would move a lot of passenger things to downtown areas and freight things to closer-in rail yards instead of far-away airports and interstate beltway depots… Both would be hubs for EV networks–light rail, buses, jitneys, short-range E-trucks, etc.
oldie December 11, 2019, 7:31pm #9

Around 1988, we had trackage for 125 mph railroad between Chicago and St. Louis. The problem is at street and road crossings. We would have had too many cars and trucks hit by the trains. Even with heavy lowered full width gates, we could not speed up. Within the past three months, high speed rail chicago guys are at it again. They are on gov’t payroll as i learned attending their seminars.

The GM pension and Ford pensions. The GM money was there. The ford money was not. Ford had received waivers that permitted them to underfund this account. Result was closing plants when blue collar work force had 28, 26, and 22 years of service. They will still gain pension from ford years later but the delay produces a meager profit.

What a scam a corporation is, and this thing even more. Like insuring fossil and fissile fuel facilities against accidents and shutdown. People gambling the profits of their corruption against the chances of something going horribly wrong is not a good way to run a country. The main of many problems is, if they get away with it for a while, they double down and keep it going until something does go wrong. It’s the addiction; it’s what Gregory Bateson pointed out about certain alcoholics.

To keep cars off railway crossings, all that needs to be done is to decide to do it and then do it. Does anyone think China doesn’t have railroad crossings? Or Japan, S. Korea, Taiwan, Morocco, Saudi Arabia, France, Germany, Norway, Italy, Spain, Russia, Switzerland, the UK… Turkey? All the countries in the world with regular rail?

High speed rail–at at least 300 mph, is a crucial solution to climate catastrophe; it’s unlikely electrification of planes (or any RE fuel) will be able to sufficiently replace petroleum in time, or at all, even though good progress is being made. And while we shouldn’t shrink from mandates, it’s better to set up conditions that convince people to do things because they’re better. Clean, safe renewable energy that’s cheaper and faster to build than fossil fuels. Train travel that’s more comfortable and convenient, nearly as fast or faster, and can be made cheaper for riders than flying or driving. EVs are already cheaper and better than ICEVs, E-tractors are better than IC tractors, organic permaculture provides better food, jobs, living conditions, communities, and politics than corporate chemical industrial ag, and on and on. People resisting the transition to sustainability are insane for so many reasons.

We do have to eliminate fossil fuels in the next 10 years or less if we want civilization to have a decent chance of survival (more than 66%).

The regional airline in NY state, i think, is developing battery passenger aircraft. will fly in 2025. When batteries decline in amps stored, they get moved to ground as chargers.

300 mph :: go up 90 feet. use 30 inch I beams, four parallel and use exiting right of ways such as interstate highways and railroads. This gives us eight tracks to use, four over and four under. The outers are for inter city such as Toronto to Detroit to Chicago. The inner sets are for local with stops every 25 or 40 miles. Multiple power sources. CNG into steam turbines, closed loop and diesel. Electric has winter weather failures in this area.