Peak livestock? It’s peak torture and killing of billions of sentient animals that never did anything wrong to humans and can’t fight back.
It’s force-impregnating female cows and stealing their babies from them, after nine months of gestation.
It’s cutting sentient animals into pieces while they’re still conscious, like MBS did to Khashoggi.
It’s feeding animals their own defecation, along with cement dust and hormones.
That’s the “livestock” industry.

Just about everyone knows that bison has far less fat and cholesterol than beef, and the coconut oil used in fake meat doesn’t win any nutritional awards. The smart choice seems to be bison. The Native Americans seemingly thrived on it.

Countries around the world need to begin implementing a meat tax to help begin a reduction in consumption of meat. People are not going to voluntarily cut back on the amount they eat. It needs to get much more expensive for the piece of steak to get the public to choose a more plant based diet.

Don’t worry, this problem will take care of itself. Like us humans, cows don’t do very well when it’s really hot and there’s not enough food or fresh water.
If we just keep doing what we’re doing there won’t be any cows left in ten years. Of course, if that scenario plays out, there may not be many of us left either.
Problem solved.

There are about a hundred things we need to do – all of them radical. Hell, we can’t even get our government to implement a carbon tax. I don’t see a meat tax, or any other measure to seriously combat climate change, happening any time soon.

Coconut oil is one of the healthiest oils.

No. The ethical and smart choice is to stop killing innocent animals.

I hate to even think about the livestock angle of the problem. I’m one of those people easily convinced by good evidence, so I’ve pretty much agreed with the old WorldWatch report ascribing half of greenhouse warming to animal agriculture, for many years. We could cut emissions in half just by cutting meat from our diet, according to WorldWatch. (Incidentally, everyone knows by now that the UN FAO --probably influenced by animal agriculture – developed a different estimate.) Given the scale of the Climate Catastrophe, you’d think it might be worth a try, whatever one thinks of various estimates.

You’d think that would be good news, that such an apparently trivial accomodation to Earth’s limits could get us halfway there. But it becomes further evidence of how disconnected people are from any likely hope of survival. An objective extra-terrestrial might question our prospects, if humans fail to confront our overwhelming cognitive problems. We seem to feel entitled to any world we can dream of, rather than the one we leave to future generations, in shambles.

“Marketing of coconut oil has created the inaccurate belief that it is a “healthy food”. Instead, studies have found that coconut oil consumption has health effects similar to those of other unhealthy fats, including butter, beef fat and palm oil.”

I would suggest you educate yourself about coconut by visiting several sources other than wikipedia and then make up your own mind. Several excellent sites are nutiva.com, radiantlife.com, and healthytraditions.com. There is also an excellent book by Bruce Fife:
The Coconut Oil Miracle
The real killers are canola oil, margarine, and vegetable oils.

Note the list of professional associations and national and international health organizations in the quoted material from Wikipedia.

I am quite well educated, and my education did not come from small-time retailers’ websites.

Most physicians have no knowledge of nutrition. They “cure” symptoms, not the root cause of disease.

Saturated fats are actually the good fats. Read The Big Fat Surprise by Nina Teicholz to learn why.

Professional associations and health organizations can be bought off or politically influenced. That’s why appeals to expertise are pointless. What’s important is the evidence itself, and the evidence for the heart-diet hypothesis just does not exist.

Fat is not a bad thing. Sugar is the enemy.

The Great Con-ola - The Weston A. Price Foundation

Read this in: 日本語Canola oil is “widely recognized as the healthiest salad and cooking oil available to consumers.” It was developed through hybridization of rape seed. Rape seed …

Countries around the world should screen videos such as this on tv: 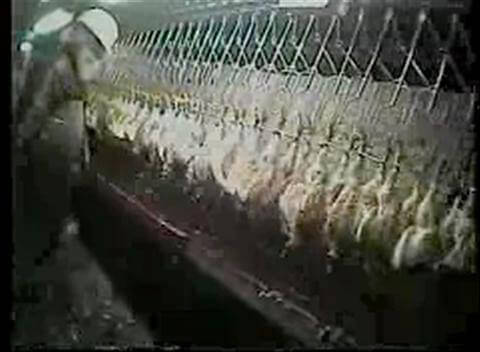 Meet Your Meat in 30 Seconds | PETA

Every year, billions of animals are killed for food in the United States. Please show this video to your friends, neighbors, classmates, and coworkers, as well as on your local cable and public access television stations.

Lab grown meat could be part of the answer.

Beef for dinner—without killing animals or the environment