Fighting back against the Trump administration's "vile" new policy of separating young migrant children from their parents at the U.S.-Mexico border, the ACLU is launching "Families Belong Together" rallies at immigration enforcement offices nationwide on Friday in an urgent effort to "end this practice for good."

It’s reminiscent of children in 1850s slave families being ripped out of their mothers’ arms.

We’re the country that installed these Central American dictators. We’ve had our finger in Central America since the Monroe Doctrine of 1823. Fort Benning, GA trains their death squads. So, people run for their lives and legally the U.S. is bound to give them shelter.

Next, many police departments quit in disgust after they saw the police simply beating and injuring great numbers of Lakota at the Black Snake protests. Finally 1000 veterans went out and confronted the remaining cops, and then the private police force backed off. 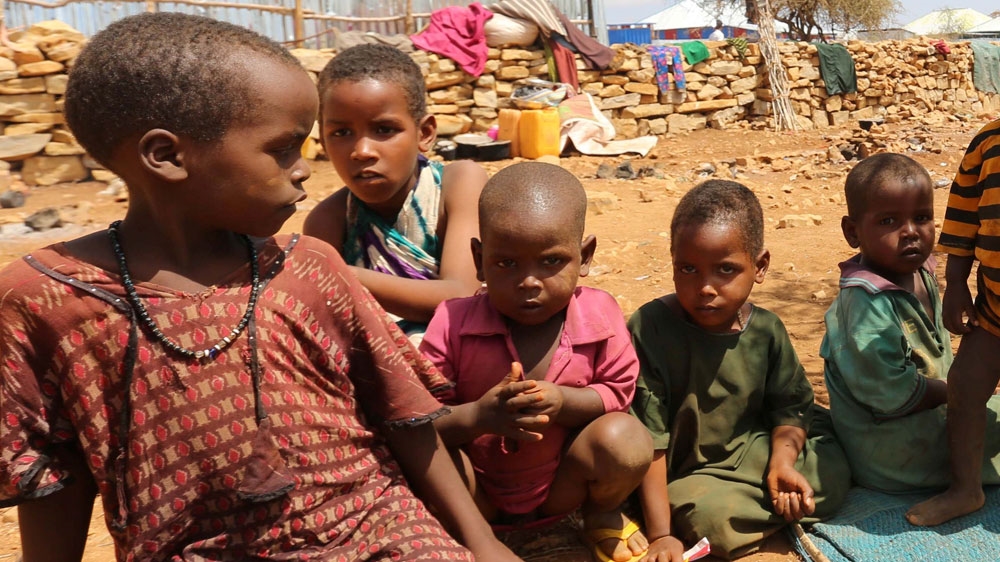 Reminds me of a PBS show last night on the Chinese coming to America during the California gold rush. Within a short time those people were barred from searching for gold or holding any type of work. Many were beaten and hung, both men and women. Their living shelters were burned to the ground and they were denied US citizenship even if born in the states. This went on for decades. Trump would fit in that era.

There are natural rock walls (small about 3 to 4ft) throughout the foothills that Chinese immigrants built, And, some of those same organizations still exist.

I very sincerely hope so!!! Trump is a racist slob that does not qualify for being the president for ALL Americans. He needs to be impeached out of office.

And why is it a Trump problem? The other media is saying that it predates Trump.

Helen…I have long pushed for one-north-america. It is one land mass, it should be one people. To see your post was a bright light within a dull morning. I cannot thank you enough, Peace.

When you think about open borders, the idea is then, why not open borders everywhere. One issue may be security. It might be that gangs and criminals can travel too easily and run too far if the borders are all open. Small countries slow them down a bit. I can remember simply walking into Mexico, simply driving threw a checkpoint to Canada. Some day…

Europe tried to do something similar and is withdrawing a bit. What was the real problem there? I think it was the instability of the Middle East and Africa that was rocking Europe’s attempt at stronger integration.

Asia’s countries don’t even have good roads connecting them. China singlehandedly almost is working on that.
Africa? They also are working at integrating their many common issues. Communication +travel+ trade=peace !!!

We are already planning to attend four rallies within our region to protest this profound evil. But I have to just say… big deal. So a large number of people participate. So what…?
The government and their corporate and financial whore support just flips us the bird and goes merrily along. I know I know - we are not supposed to mention Nazis but this round up, jailing and separation is right out of the Nazi playbook so how can I NOT mention nazis?
Every day things get exponentially worse as we find out more and more about what exactly is going on behind the scenes in our government, financial and corporate world and worse what comes out about what has gone on in previous years/administrations.
I frankly cannot wait and hope I live enough to see some other nation or region take us down. Really down. We are living in a cesspool of our own making. My kids may have to scrounge to survive under another country or region’s thumb but at least then they will know what and whom exactly they are rebelling against and will have no illusions to lose about their situation. . Spouse and I have advised them to establish themselves in another non- western country but so far they say it’s not the ‘right time’ yet… I go by that time it will be too late to escape.
Sorry. Debbie Downerism struck me hard again this week.

Trump is a disgrace to himself and our country. That is a fact. But please let us not forget that one administration after another and one disgraceful Congress after the next have put us where we are today as a people and a country. Obama, let us not forget, bragged about deporting more people than little boy Bush. Obama expanded our illegal, undeclared wars in the Middle East and N.Africa beyond the insanity of junior Bush’s bullying of those countries and loved bragging about his use of drones to murder his victims, their family members and other innocent bystanders. Those drones by the way are going to come back to haunt all of us. “Live by the sword and die by the sword” will come to replace “e pluribus unum”, or however it goes. My rant boils down to basically to this: We the people have been silent for way too long; the blood of others is rising ever more rapidly around our legs. History will see us, just as it sees the German people, as a people who watched unquestionably, but knowingly, as those human filled cattle cars rolled by. History will ask why and how people could allow this to happen? How will our children answer? They certainly will see Trump as part of the horror; but please, let’s get off of this bs that Trump is the problem.

It’s reminiscent of children in 1850s slave families being ripped out of their mothers’ arms.

This says it all. Thank you for putting it so simply. Read Isabelle Wilkerson’s book, “The Warmth of Other Suns”. It should be required reading for all high school seniors in order to receive their diplomas.