Shortly after I was born grandma got sick. I never met her because there was no cure for her leukemia at that time. Grandma and grandpa had a small existence farm with five grown children helping on the farm and working outside jobs as well to help the family survive. People didn’t have insurance back then and grandpa lost the farm to pay doctor bills.
That’s the short version.

The government is taking $135/month in part B Medicare insurance costs out of my life savings. This is more money per month than I made in a number of years. It’s a poll tax on the poor. It’s socialism for the wealthier people.

Most countries with national health insurance have a marketplace of evidence-driven medical procedures. This country is forcibly driven by the battlefield surgery version of medicine, at the expense of, say, acupuncturists and psychotherapists. Yes it’s bad for U.S. mortality numbers to sell assault weapons to crazy people, but it’s also bad not to treat the crazy people because we’re too cheap and we only believe in the drugs and surgery lobby.

I refuse to argue politics with any of my family today.

I’ll either state facts, or keep my mouth shut. No other options for me.

"Happy Thanksgiving To All My Fellow Dreamers!"

Hello Gandolf - I’m sorry to read that story about your Grandma, Granddad and the farm.

Here is my story. FYI, I am 82 and live in Calgary, Alberta.

Last week I was diagnosed with CLL. The second L stands for Leukemia. The next day I met my son for a sushi lunch and told him. Neither of us was in any way concerned. My treatment had already started and we both new it would be first-class. The subject of money never came up. He and I knew that our family’s only expense would be for parking. Treatment is covered 100%. However, I will have to pay up to $25/prescription for drugs. This is a truly insignificant sum. His daughter is ten and in grade five. I fully expect to see my little sweetheart graduate from high school.

I urge all Americans to vote for Bernie, carry him over the finish line one year from now and have him get that M4A implemented ASAP. You all deserve it, even those who are so much against it right now.

So, this article suggests that you should simply talk sense to people without any.
Trying to have a reasonable conversation about any major social issue with people who have no understanding of what collectivism is, other than believing it’s a commie atheist plot, doesn’t even qualify as futile. You’d sooner nail jello to a wall.
The secret to single payer is very simple. We progressives first need to realize that there is no chance in hell that the current democratic leadership will pursue a single payer option even if they win the White House back in 2020. The only way single payer has a chance is if we leave the ignorant and blind conservatives behind by organizing single payer Medicaid systems for all residents in the most liberal States. Only after we provide healthcare to our own masses and leave the Reagnites to their own devises in their own “shithole” states, will they possibly change their minds. Until then, progressives must live in their own enclaves, and make the ones “left behind” beg to join us.

All too true. We Americans cost thought when we are diagnosed with a horrible disease like cancer, or suffer a potentially debilitating injury, is not to gat the best care possible for our recovery. No, our first thought is often the dread that comes becomes we fear that, if the illness doesn’t kill us, it will most assuredly cause our bankruptcy and thus destroy our lifestyles and any hope for future prosperity.
That is what most of us deal with every day. And it’s why we are by far the most cruel nation.

Tell he again how there’s no rationing and no long waits for treatment in a nationalized, single payer system.

Revealed: Millions to be affected by NHS plan to ration 34 everyday tests and...

The NHS in Britain has been systematically defunded by the Tories–like public education in the US–with the intent to make it so unpopular that people soon will beg for it to be sold off.

These are the saddest videos I have ever seen. These citizens are victims of the marketplace, and if there’s ONE thing above all that taxes should be used for, it is to provide health care. TAXES should go here before going anywhere else. The military for all its waste must stand down the line and let the PEOPLE of America have true health care. The CEOs should be replaced by real accountants, instead of overpaid people who have the lives of America in their hands by charging higher and higher prices for drugs.
And too, it takes a soothsayer to figure out what pay rates are and what things are actually paid for. I guess this is the 21st century version of the movie ."The Body Snatchers. " None of us apparently have any rights of “life, liberty and property,” if the PRIVATE FOR PROFIT health care agencies have any say about it! : (

Finally, someone allows me to make my point. As soon as you put the healthcare system into the political domain, which you do by making it totally funded by tax dollars, it becomes a football to be kicked around by the political parties. Meanwhile, people languish while waiting for services that have been rationed because the government du jour has other priorities. In th U.K., over a million patients spend a half hour or more in an ambulance before they can be moved into the ER. Does that happen in the US? 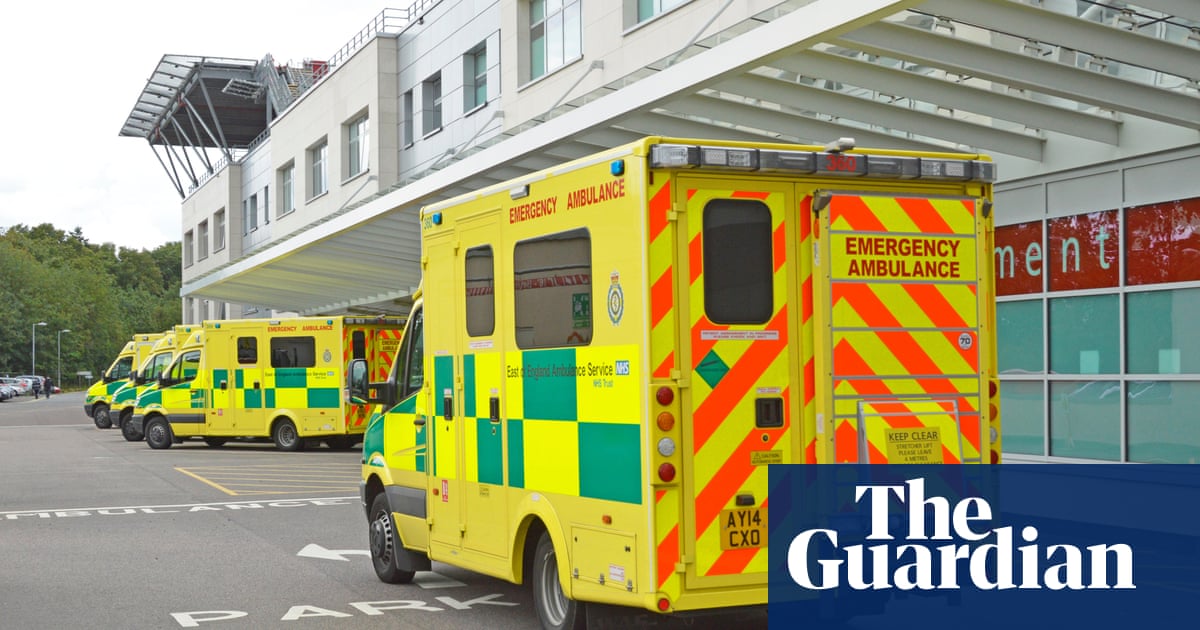 1.5m patients kept waiting in ambulances for half an hour or more