Nuclear Abolition: The Road from Armageddon to Transformation

Nuclear Abolition: The Road from Armageddon to Transformation

And it will. The pattern of history is clear. Power (manifested as interest) has been present in every conflict throughout history – no exception. It is the underlying motivation for war. Other cultural factors might change, but not power.

Interest cuts across all apparently unifying principles: family, kin, nation, religion, ideology, politics - everything. We unite with the enemies of our principles, because that is what serves our interest. It is power, not any of the above concepts, that is the cause of war.

It is the one thing we will destroy ourselves for, as well as everyone else. When core interests are threatened and existential threat looms nations go to war. There can be no compromise on these. As a result every civilization/nation eventually gets the war it is trying to avoid: utter defeat. This applies as much today as any other time in history. Deterrence doctrine, made for the 20th century Cold War for which it arguably worked, is irrelevant in the 21st and will ultimately fail us. Deterrence can no longer prevent the scenarios where Mutual Assured Destruction will be resorted to. We will soon face the scenario that (unlike the Cuban missile crisis) one protagonist will not be able to step back from the brink, blindly stumbling into a situation they cannot de-escalate. All that is left is Deterrence’s fall-back position – annihilation.

Leaders and decision-makers delude themselves, thinking they can avoid their fate – they can’t. If survival is threatened, there is no alternative to war, however destructive. 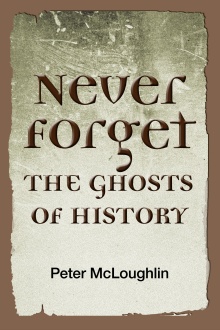 Einstein reflected, “The unleashed power of the atom has changed everything save our modes of thinking, and we thus drift toward unparalleled catastrophe.”

Let’s build on that for a new vision and a new world.