If there were a vote for the most heartless countries int he world, the Uncaring
Scrooges of America would be near the top of the list along with Izrahell and Sloppy Arabia.

They would have to forcibly remove me from protecting the life of this patient.

“it is an issue of basic morality”

That line defines almost every headline and article here. How is it that we have lost our way knowing right from wrong? The front page screams, what have we become?

This is all Stephen Miller’s doing. He is the evil dark one to the clown rump. And the rump will follow his lead because he believes this is what his base wants, to get rid of all ‘foreigners’, legal or not, citizen or not, dying or not.

People and the Press need to get through their thick skulls that this incompetent administration is lead by a sociopath. The “Knuckle-Dragger-in-Chief” only thinks of his fat ass and is TOTALLY incapable of of those in need of aid. It’s quite obvious to me that the “Turd-In-Chief” (I will never call this asshole “president” because he is not qualified for the job), was not loved as a child.

I am NOT distracting from this tragedy within a tragedy but it is worth pointing out that millions within the US have been deported from access to healthcare and those happy with this cruel fucking system are culpable in that callousness.

Trump appointed him so no need to follow. The jerk has been a fucking racist for a very long time.

This is not the America I was born and raised in. My America never stoked the primal fear of difference. My America never preyed on the insecurities that haunt the soul of every human being. My America never turned its back on those whose need exceeded their capability. My America welcomed everyone who sought opportunity. It appears that My America has lost its heart and soul. I applaud the nurses and healthcare workers efforts to save My America from the heartless, ravaging policies of the current “administration.”

The cruelty shown is astounding.

The trump regimes (steven miller, bolton, et al) utterly depraved indifference for the lives and well being of others, in this case, Maria Isabel Bueso, the inhumanity and additional contempt for the lives of tens or hundreds of thousands of the nameless and faceless, men, women, and especially children, abused, separated, imprisoned (aka detained) in ways that NO person should not tolerate!!

The trumpenfuhrer supports the :“very fine people” of the neo-nazi right, blackwater murderers, environmental poisoner chemical exterminators, and other scum, but will not stand-up for anyone on their hit-list of innocent victims!

There is the case of Jose Segovia Benitez, who "survived two tours of duty with the US Marine Corps, a bomb blast, and a traumatic brain injury, “. He has been “detained” ie imprisoned for 21 months of in the southern California facility, Ice has failed to provide adequate care for Segovia’s serious heart condition, denied him proper treatment for his post-traumatic stress disorder (PTSD), and repeatedly placed him in isolation, according to the former marine and his lawyers.” Where are his comrades denouncing this regime of hate and contempt?

"Segovia is one of fifteen current detainees who filed a federal lawsuit against Ice last month alleging medical neglect and horrific conditions that rise to the level of “torture”. He is also one of the estimated thousands of veterans who have faced deportation over the years despite their service to the country.

Such is the true nature of the trump regime and the atrocities and crimes they commit on a daily basis! This hideous depraved regime and all its members should be prosecuted and imprisoned for numerous crimes and obvious mental illness of its chief, who is clearly unfit to continue as president! ENOUGH!

I should add that the “opposition” party “leaders” have shown their lack of concern and strong actions to represent the American people in many much needed ways - silence is complicity! Sabotaging progressives and progressive issues makes them complicit to trumps evil and crimes against humanity and Mother earth! 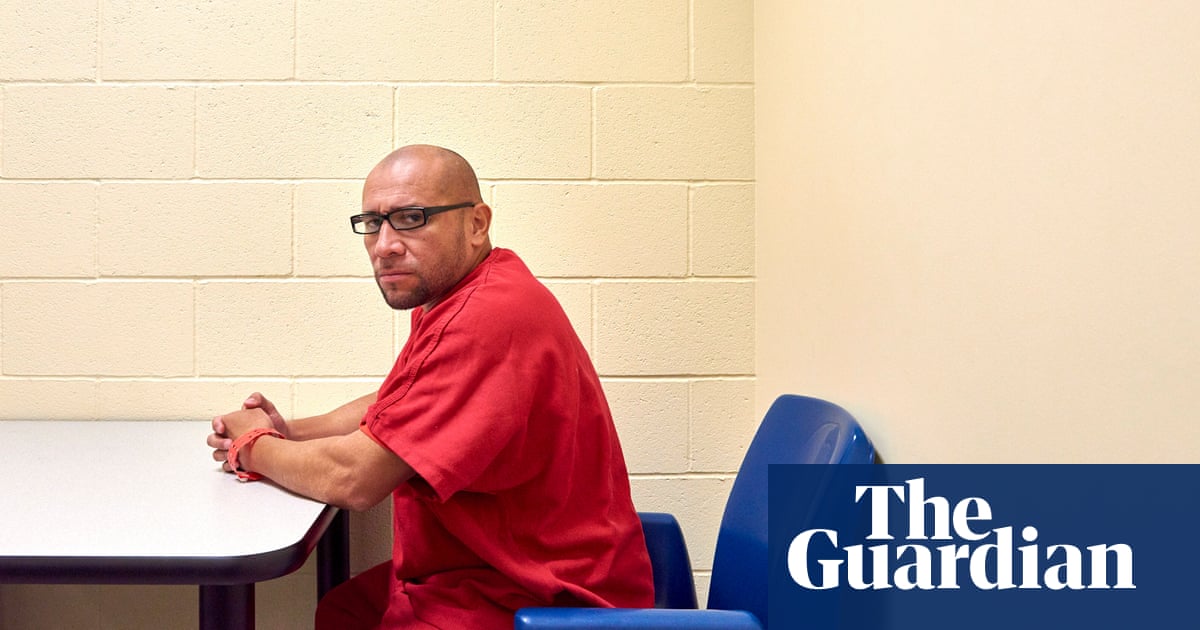 'I refuse to die in here': the marine who survived two tours and is now...

In his 21 months of detention, Jose Segovia Benitez says he’s been denied critical treatment for his PTSD and heart condition

Hello carlmarks, People need to know that the powers are primarily made up of sociopaths and psychopaths. They care nothing for anyone but themselves and a small group of others. Their goal is to take everything and to hell with everyone else even/especially if it causes the deaths of all others. The only way to defeat this is to insure that there are no psychopaths and sociopaths in any position of power anywhere.

Hello buffalospirits, What makes you think/believe that this will be limited to foreigners? Scapegoating will continue until there is no one left to scapegoat!

Miller, and I say this with all seriousness, would probably be a mass killer if he wasn’t gainfully employed somewhere. He has all the requisite issues - hates and resents multiple groups of people, alienated from most family, has no friends, anger management issues, antisocial presentation, no significant other etc.

Why anyone would go along with this sociopathic psycho’s policy recommendations boggles the mind. I would have quit my job and gone straight to the press to tell all if asked to implement this crap…

I applaud your ‘see only good philosophy’ ( well not really…) but the America you speak of NEVER EXISTED. You must have lived in a fantasy world…

What you are saying makes sense BUT it would require a fair voting system and informed/ intelligent voters. I think we are in trouble…

True, but I don’t think that the chief con man has the intelligence to come up with this evil crap on his own. Sure the orange doofus can speak and rail against the other like there is no tomorrow, but to actually think it through and implement policy is beyond his pay grade.

Totally agree, he will go after all the ‘others’ until only sycophants and cult members are left to suck at the child king’s teat.

Just want to echo what merf is saying. Your America never did, and largely still doesn’t today, exist for the black slave and their so-called ‘free’ descendants, for the Native people who were nearly driven to extinction through genocide, for women who were treated as property and denied the right to vote until the 1920’s, for each new ethnic ‘invasion’ who were spat upon because they didn’t speak the language (sound familiar?), for the hundreds of thousands of Japanese Americans who were imprisoned in concentration camps during WWII because, well, you couldn’t tell who was a German American just by looking at them. So while it is laudable to strive for the America you speak of, don’t for a minute think that we are even close to being there yet.

Life is cheap in a fascist third world country (the U.S., not Guatemala).