Let me add this:

We Need to Talk About Joe Biden

So when I say that I’ve changed my mind, please for the love of God do not read this as a cynical argument for Sanders. I was not saying this six months ago. Even now I don’t have to say it for Sanders, because he doesn’t need it. The case for Sanders is still that he is the best candidate who can beat Trump, and this is true even if worse candidates (like Biden) can also beat Trump.

But I don’t think Biden can. Not anymore.

It’s been said before but it bares repeating. The Democratic Party would rather lose the White House to Trump again in 2020 than to win it with Sanders (they could stomach Warren, but only because of her past history of political “flexibility”)
It’s really that simple.

Be bold and run them together.

Been saying that for a few weeks now. It would combine their support and make them almost unbeatable during the primaries.
However, I’d like to see Stacy Abrams on the ticket. But since the Democratic Party seems stuck on the conservative Kamala as their current fall back chick, I doubt we’ll witness anything that bold, especially from the likes of Perez and all the other Clinton cronies in charge at the DNC

Although Sanders and/or Warren will have a hard time beating Trump on November 3, at least they have a chance, unlike Biden and Mayor Pete who have zero chance against Trump irrespective of poll propaganda.

Reich is correct about Sanders. Warren not so much. She has had a compromised voting record that will lose her the progressive base and Trump will be able to continually beat her over the head with her lying about her heritage.

Stacey Abrams is super smart and funny. I like her.

She’s also a centrist out of the Kambama mold. I don’t like that.

Trump will be able to continually beat her over the head with her lying about her heritage.

yeah. If Trump can find an inch he’ll stretch it a mile. Better to go with Bernie.He is beyond rebuke.

And in 2020, he’ll make excuses for how the will of the d-party gave us Joe Bi-Butti-Berg and we’ll have to support the “billionaire-backed milquetoast moderate” because Trump. Then he’ll be wrong.

Damn, man, how many times do we have to see this movie?

The worst Trump can do to Bernie is call him a “socialist” to which Bernie can easily counter.

Typical Reich: hedging his bets! No differences my aging ass!!!

I urge you to read this article in full BUT…be sure not to miss the second paragraph from the bottom. 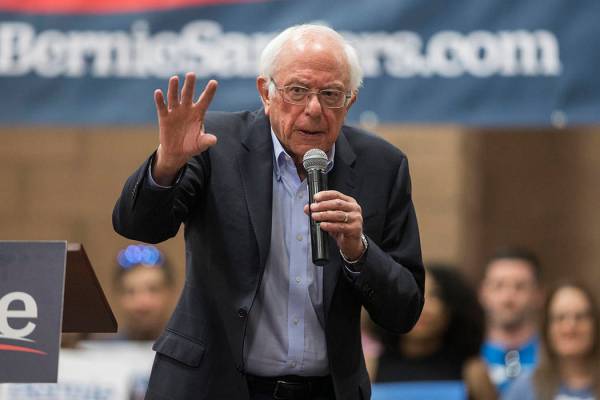 Also: Where will those morons opposing M4A be when they are laid-off or their employer’s business closes? STOOPID!

Bernie Sanders (and Warren?) will wipe the floor with Trump. There is no one else in the mix even close to capable and it’s time for the DNC to get their shit together and face reality.

But since the Democratic Party seems stuck on the conservative Kamala as their current fall back chick,

Well, being from California with all those electoral votes, may have something to do with it.

Here’s what you get from Pelosi and other corporate Dems:

A weak-kneed flip-flopper with a progressive? No thank you.

For sure, Reich got this one right with Bernie, but Warren remains a maybe in my book. When in doubt, go with the original and that’s Bernie.

Okay, one pet peeve in these discussions is constantly describing Biden, Buttigieg and all the other corporate suck-ups as moderates or centrists. It suggest some kind of balance, discretion, thoughtfulness and concern that isn’t justified. For damn sure, there’s nothing “moderate” or “centrist” about the mess these politicians have created. We don’t have a “moderate” climate crisis, we don’t have a “moderate” inequality issue or a “moderate” healthcare issue or a “moderate” mass shooting issue and it’s absolutely absurd to describe this country’s obsession with military spending, arms sales and forever wars as "moderate or “centrist”. And the list goes on.

Instead, based on what these states quo political hacks have created, let’s call them what they really are, namely, criminals. They should be tried for what they have done and their dereliction of duty and not allowed to hide behind weasel words like moderate or centrist.