Oh golly, I cant wait for the amazing and inspiring speech O will give him. We should place him and Kissinger in a crowd of people and play a where is Waldo game. Spot the war criminal.

Red carpet for a carpet bomber

NOW CAN WE HAVE THAT REVOLUTION???!!!

Not until we can have it televised!

satirical caption might read: [shalam allekom. welcome mass murderers, ideologues, extremist tyrant extraordinaire! there are many of you here with disorders happily pretending paradise or heaven is your own well understood cosmic concept. we don’t hate you, we fail to understand. follow the map to Donald Duck’s house.] is this off the mark? 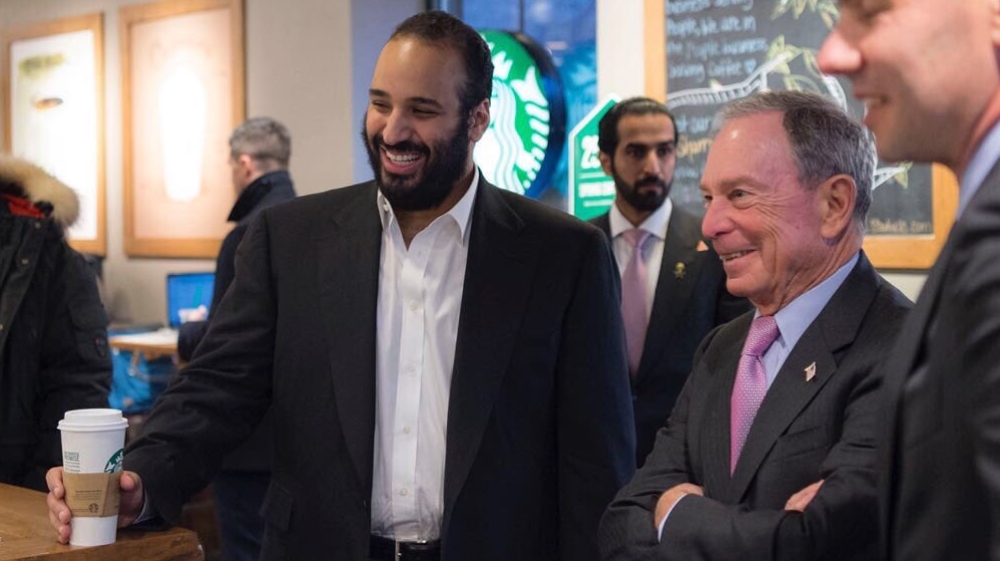 The US has always been willing to do anything for money. It sees everything up for sale but when you get the land by murder and theft this is only logical.

This so called Prince has a who’s who list of American jack asses on his itinerary. I feel confident they will persuade him to treat his people much more humanely.

Hmmm, I wish it were so but they have left us with a $21 TRILLION debt. That means that there will be no end to these treasonous Rethugs calling out this enormous debt that they were largely responsible for and telling the public that we MUST cut spending to avert financial catastrophe. That always equates to ending or modifying Social Security, Medicare, Medicaid and the general safety net of programs that we have had since FDR, a president these assholes despise. Of course, these same shitheads have NO problem raising “Defense” spending to $700 billion/yr and keeping corporate tax loopholes in place along with this appalling tax “reform” plan that was passed with the support of many loathsome Democrats who probably didn’t want to alienate their rich donor base.
Lets face it folks - our political system is broken and it will not be fixed by either of these two sellout parties. These scumbag Rethugs are working on a political agenda that has been in place for more then 40 years since the infamous Powell Memo of 1971.
I’ll remind everyone here of the words of the right-wing Nixon AG, the detestable John Mitchell, who said “We are going to push this country so far to the Right that you won’t recognize it.” Looks like they did because I really don’t recognize the U.S. anymore and Trumpo the Klown has only been in power for a bit more then a year and his Cabinet is a nightmare and his appointments and actions have disgraced us before the world and further strengthened the perception of the U.S. as a pariah.
“The reason that they call it the “American Dream” is because you have to be asleep to believe it.” – George Carlin

This so-called “Prince” is a member of what I call the Lucky Sperm Club. Like most elites of his ilk he has already distinguished himself as being brutal, hypocritical, greedy and intolerant. He did nothing except to be born to get to this level of power and vast wealth and he deserves nothing but criticism for his actions. It sickens me to see this bunch of U.S. supplicants bowing and scraping before this asshole. It is the perfect illustration of the evil alliance that the U.S. shares with Saudi Arabia. Remember that 15 of the 19 hijackers on 9/11 were from Saudi Arabia and yet they remain our bestus buddies in the Middle East. Such a disgrace.
I’m reminded of that line from an early Bob Dylan song -
“You’re only a pawn in their game.”

Most obvious this 32 year old is just another Israel-US puppet. It looks like the supposed 9-11 aided Saudi connection will be allowed to go forward in court in yet another ongoing coverup lie.

Love you’re 1st. line, glad I wasn’t eating, I would have choked.
The last part saddens me. Please do some research on 9/11, there were no hijackers, and no planes.
Good luck.

I agree there were no hijackers or planes. Heading for 17 years and still no legitimate trial. The truth is so obvious but the government does not care what we know.

Israel and Saudi Arabia are very much alike in their supremacist ideologies.

How twisted is this: If you dis the good Saudi prince, you’re an anti-semite! Pay no attention to those US warhawks and Likud genocidal maniacs supporting a Muslim oligarch they despise. As long as Uncle Sam retains a nuclear foothold (what? Israel has nukes?) in the ME, they’ll support anyone who goes along with the program.

Palestinian and Yemeni oppression/death? Sorry, but we have the grand chessboard to worry about.

Thousands march to the border, with reports of dozens of casualties amid Israeli army gunfire.

This public collaboration and celebration of the most vile murderers, war criminals and legitimate ‘targets of opportunity’ should serve to expose to the rest of the world the identity of the true ‘Axis of Evil’. Let us hope they are paying attention.

Why can’t/shouldn’t it happen again?!

Since this site is called Common Dreams, my dream is that it will happen again. The 800,000 NRA protestors in Washington Deceit COULD BE THE START!

Kissinger? We might as well had elected Clinton for all the evil.