A series of scientific studies published in a British journal on Monday echoes warnings from long-time critics of the Paris Agreement that meeting the accord's main goals will not be enough to prevent "destructive and deadly" impacts of the worldwide climate crisis.

Maybe its fun to burn up the world, but it is completely unnecessary. Humanity does not need fossil fuels.

I do not know about the rest of the world, but here in the US there is no support nor money for innovation of alternatives to dead carbon energy. None.

I don’t see where this adds much. The Paris Climate Agreement is supposed to save us from the worst effects of climate change, nobody has ever claimed it would spare us from all the effects of climate change. Pretty much everyone has agreed that 2C is too high and at that temperature sea level rise would continue for many centuries. The findings of the study seem to confirm previous assertions. I think the most important thing at the moment is that the Paris Climate Agreement pledges if met presently would result in temperature of about 3.0-3.5C (the effects of positive feedbacks not included) and that no developed country is now on track to meet its pledges. Right now it would seem that by the end of the century the temperature will probably reach around 4-6C unless a lot changes. This should be the main focus and whether or not we can stay below 1.5C or 2C, which seems nearly impossible given all the obstacles, should be a secondary focus.

It isn’t fun but it sure has been hugely profitable by these monstrous energy corporations like Exxon Mobil who don’t give a damn about the kind of world that will have to be endured by our descendants. They lust after the billions of dollars of “product” they can get out of the Earth. There is another factor as well. It is also OUR fault as careless “consumers” of this stuff. I just heard the other day that car manufacturers in the U.S. are in the process of changing their assembly lines away from the production of sedans and regular cars to the production of SUVs and pickup trucks! In other words, many, many Americans just don’t give a shit. They want what they want to stroke their egos and the hell with the future. Pogo was right -
“We have met the enemy and he is us.”

'This crisis requires “… engineers, … to step up.”

Yaaay!! WooHoo! Finally! Somebody, one actual person on planet Eaarth finally said that engineers are useful to stop climate change! Then they can displace another 90% of all worldwide fossil fuel use with solar or with something similar, and they can ramp these products up.

You know what they’ll be saying next? Someday in the distant future they’ll say that these useful engineers will need actual labs to work in! Really? NO! And they’ll say that engineers need rent money to live indoors! Won’t that be a trip!

And then they’ll say that states with strong engineering programs are the states that get all the good jobs! Well, actually, nobody on earth is smart enough to say something like that, even if it’s perfectly true.

As usual I ignore the troll farm that publishes ginormous space-eating pictures on this forum simply to make it harder for the rest of us.

We have a runaway greenhouse gas meltdown in progress and gaining momentum. The Arctic can supply at least one teraton of greenhouse gases without any additional help now, for a CO2 equivalent in the area of 1000 ppm versus our current (i just looked it up) 409.72 ppm at the Mauna Loa Observatory.

We could, of course, do something about the forest fire coming at us. We could. Maybe. Meh, why bother?

We do not have time to fight human nature. Engineer solutions to be fun and profitable. Resistance will be intense. How do we deal with the resistance?

Not to mention the far more powerful “greenhouse” gas - methane which is being released in huge quantities now that the Arctic is warming at twice the rate of the mid-latitudes. A team of Russian scientists has stated that they observed a column of methane rising out of some part of Siberia that was 60 MILES wide. 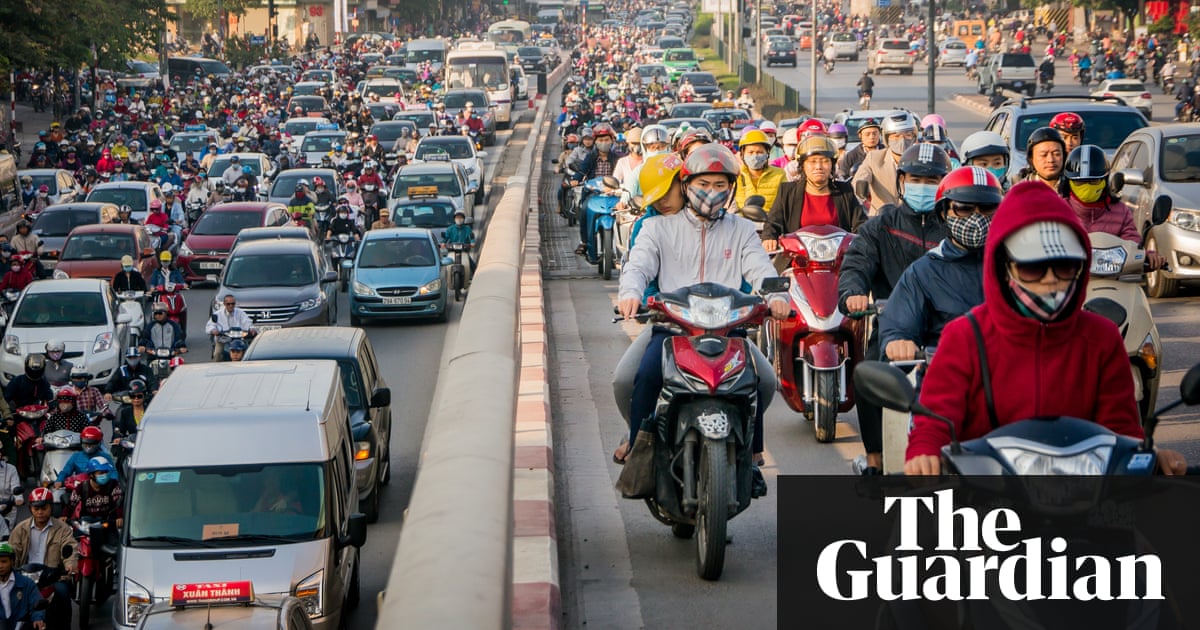 Paul Ehrlich: 'Collapse of civilisation is a near certainty within decades'

Fifty years after the publication of his controversial book The Population Bomb, biologist Paul Ehrlich warns overpopulation and overconsumption are driving us over the edge

Not just climate change. Too many people changing the climate.

Yes, we need to do quite a bit better than Paris.

And keep in mind, that like so many other things that have happened “faster/sooner than we thought” that this collapse of civilization is coming sooner than we think. Near Term Human Extinction is likely by mid-century. Most of us will die by way of three ways; starvation, predation, suicide.

And what makes me so sad is that Humanity has taken a beautiful, thriving, biodiverse planet and has trashed it, raped it of it’s resources, and has choked it with fossil fuel based pollution. I hardly recognize my beloved Northern Rockies of my youth, anymore. The glaciers are mostly melted away and the landscapes have been marred by scorching super fires that are occurring now almost every summer.

We’re pretty much at 2C already. That is, estimates of where the temperature would be without the SO2 that we’re spewing into the air from coal burning, along with the “Asian Brown Cloud”, both of which block about half of the excess incoming energy, is 1.9C. Add that to the fact that our baseline is wrong, because there has been some level of climate warming starting from aobut 10,000 years ago due to our agricultural practices, and we’re definitely beyond 2C. Finally, a close look at what the Paris accords are really saying reveals that even without taking these two issues into account, there is no way to stay below 2C without extraction of carbon from the air! Kevin Anderson, from the Tyndall Center, is good with this. Check out some of his vids on youtube. Here’s one:

Yes. as I linked below, Kevin Anderson is good on this. Though, I’ll add from my post below that we’ve already basically hit 2C if you take into account the SO2 and “Asian Brown Cloud”. Add on top of that what Ruddiman has shown us about our baseline being wrong, and it’s beyond 2C already.

See what Jacques Cousteau had to say about the life expectancy of our earth/humans according to the state of the oceans.

Paleontalogists are finding that all of our timelines for our evolutionary history are wrong. Half a million years ago we were already not just making tools, but engaged in iterative improvements using materials that had to have come from engaging in trade of goods transported over some distance. While we don’t have human remains from those finds, 400Ky old remains show that we looked basically the same then as now. And, we had already left Africa at least 190Ky ago. Furthermore, neanderthals were not the brutes we had thought, as we have found that they were doing art. Art production is considered a high degree of cognitive development as it involves symbolic representation. And, we were interbreeding with them. Our timelines for agriculture are also wrong, as we now know we have been mixing hunter gathering with agriculture, itinerant life with settled life, and various kinds of tribal political organization for at least 45Ky. We are very old. Question is, how did we get stuck in our present mess?

Can you give us a link for that one? I’d be interested in seeing what he had to say.

Michael Mann has an article in Scientific American about the particles from coal burning. I think he put the effect at about 0.5C. And his view is that if coal burning was stopped to reduce emissions and the lag time of about 30-40 years to reach equilibrium is included then 410 ppm, which is where we are now would be equivalent to 2C. I think the baseline is pretty accurate. The hockey stick graph shows a very slight cooling over the last 2,000 years until the industrial revolution. I don’t think there is good data for the temperature before that. So I think we are really at 1C based on measurements of temperature but the with lag we are committed to about 1.5C and if the aerosol particles from coal burning are disappear because coal is no longer buried then we are already committed to 2C. Slow positive feedbacks are likely to have a pronounced effect in a few decades so that could increase the temperature further,

There is a link here to an interview with and a paper by Ramanathan that shows present warming to be 1.9C without the aerosols (see Box 1 in the paper). That is consistent with what I remember from when the planes were all brought down in 2001 after the WTC event. They found that without the artificial clouds created by the airplanes, the amount of excess heat energy pouring into the system was twice as much.

Baseline is usually put at 280ppm. It should actually be ~265. You might look into Ruddiman’s work for that. I remember that there was some good discussion at realclimate.org

Oh, and by the way, we’re actually at about 495ppm CO2e. Taking into account, that is, other gasses such as methane, nitrous oxide, halogens etc.