'So If You're Poor, You're Dead'? Watch These Brits Gasp When They Find Out Cost of Healthcare in the United States

Much like the situation with Bernie Sanders in the USA where half the Democrats and the entire mainstream media collude to sabotage his chances , the same happens with the Media and a chunk of the Labour party in the UK. The “third way” types who worshipped Tony Blair are like the “third way” guys that worship Bill Clinton.

They would rather see Trump/Johnson win than see a Sanders/Corbyn win.

Reading this only gives me lots of questions!
Does anyone know what Congress people pay for their health insurance? Do they get theirs through the government, or do they use who they want and the government pays for it? And too, when veterans are badly injured—do they have to pay deductibles?
How much money has America spent on the military since the Iraqi Bush War—and if all that money could have paid for everyone’s health care----would anyone have to pay for health care now? Exactly what do American tax dollars pay for if those dollars don’t benefit the people?

It doesn’t end with having private insurance.Pre existing conditions are excluded,family history are all taken into account.If you have a claim the Insurance cos., will delay,delay and delay. If there is any doubt of your voracity in filling out the forms they will go back to your great grand parents to find if something was left out.Your Insurance states which hospitals you are covered.So,if you have a serious car crash and you are taken to the wrong hospital they either don’t cover your needs or send you to an applicable hospital any where in the state.Even with private insurance you cannot be certain you are covered.If you have an illness then when your policy comes up for renewal it is now a pre existing condition and your coverage will not be renewed.That’s how americans live !!! Or with NO coverage at all !!

The credo “We leave no soldier behind” is never far from an active duty and combat veteran’s heart, mind and lips. Yet when it comes to the Homeless lying prone in our streets and in Hoovervilles of Homeless beneath bridges and overpasses, some normalization has taken over the American psyche since the Cold War ended and we have nothing to prove in winning the war of hearts and minds against them godless Commie Socialists.

Even our current President Trump rarely mentions in his quest to Shrink Big Government that he is heir to a family fortune built on his father’s Big Government contracting business that helped Washington federal programs build subsidized low-income housing after WW II in outer-borough New York City. https://en.wikipedia.org/wiki/Housing_Act_of_1954
https://millercenter.org/president/eisenhower/domestic-affairs

Yet, we keep hearing even struggling low-income Americans parroting back the Neo-Liberal E-CONomic Cold War weaponized propaganda of Milton & Rose Director Friedman along with their federal contracting fellow economists at the University of Chicago that government should not get involved in solving socio-economic problems. That is what the rational Free Market does best!

Neo-Liberal E-CON-omics, which even won over the most Conservative elements of the once-Protectionist America First wing of the Republican political party by the 1970’s has one essential doctrine that targets Big Government: Any problem caused by Free Markets can and should only be solved by Free Market-based solutions. Hence the bi-partisan and U.S. mass media use of round-the-clock indoctrination where every week is THIS WEEK ON WALL STREET or PLANET MONEY or MARKETPLACE or BUSINESS INSIDER or BLOOMBERG BUSINESS NEWS and where never a voice of a clock puncher gains a perch. There has never been a WAGE SLAVE WEEK broadcast nationally.

Even during the Socialism Scare brought on by the unregulated Robber Barons and Factory Farmers who ushered in THE BANKING COLLAPSE and PANIC, THE GREAT DEPRESSION along with the DUST BOWL and massive dislocations of rural populations (who were the last Americans to have electricity generated and installed), we may have had books published and become iconic like John Steinbeck’s THE GRAPES OF WRATH. They might have made for popular Hollywood movies. But except for the early days of national network radio where Labor Unions fought to have a broadcast network and the Catholic Church fought to have a broadcast network, there has been no television age WAGE SLAVE WEEK.

Chicago’s great gift to American Oral Literature and the Radio Arts, Studs Terkel used to love holding up a BUSINESS section from Chicago, New York or L.A.'s daily newspapers when he spoke publicly. He’d say, ‘ya never see a LABOR or CLOCK PUNCHER section in any newspaper!’

So how do we solve the burgeoning Homeless, Housing and Renters’ Emergencies declared by mayors of more than 30 U.S. Cities and plaguing cities around the world? To a large degree this NATIONAL SECURITY THREAT has yet to be acknowledged by our business broadcasters and Corporate Caliphate-captured Pay2Play media programming & the politicians at their beck and call. Although, better university Economic Departments and Business schools have been investigating this latest in a series of catastrophic “financialization innovations.” See this documentary being produced by a Swedish Public Interest TV journalist that sources many distinguished if rarely sourced on U.S. broadcasting U.S. academics and researchers: http://www.pushthefilm.com/about/
https://vimeo.com/301206719

Like many of the nation-states, especially the Nordic nation-states, who have better outcomes these days from their socio-economic policies, their current social safety nets and programs often were inspired by Post World War I & II U.S. programs like the GI BILL, the HOUSING ACT and spurred Civil Rights struggles when states that didn’t extend the benefits across racial and ethnic lines found Jim Crow laws being contested.

Of course Red Lining plagued the “civilized” northern U.S. states, but let U.S. now look at those Nordic states whose social programs are helping solve such National Security Threats as massive dislocations and Homelessness along with the deflationary or Stag-flationary economic divide between the 1% whose wealth and anti-competitive business advantages is in fact supported by the rapidly impoverished 99%. 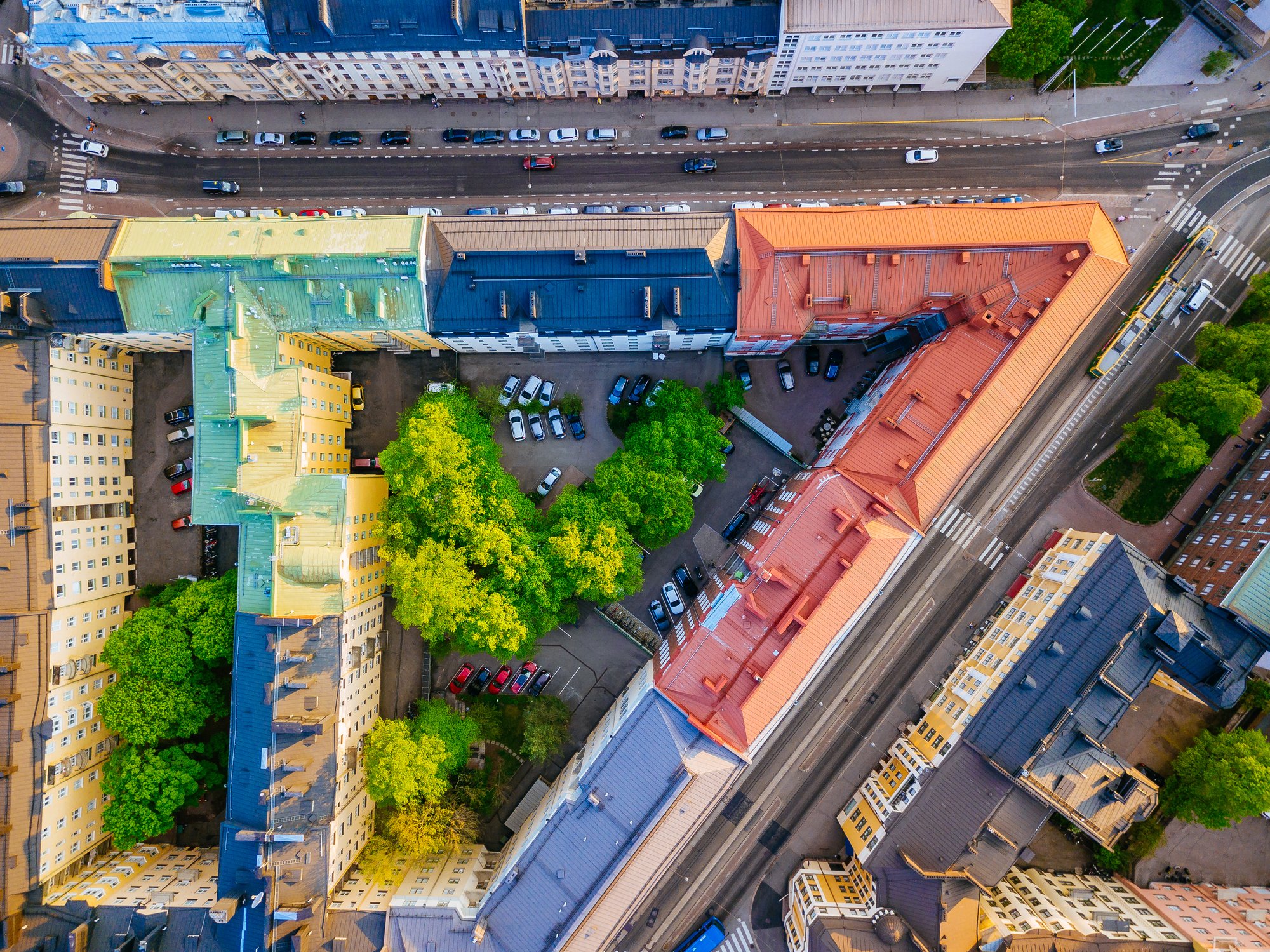 ‘It’s a Miracle’: Helsinki’s Radical Solution to Homelessness - The Guardian...

Finland is the only EU country where homelessness is falling. Its secret? Giving people homes as soon as they need them – unconditionally.

I think that’s right. We will continue to see obscure now, services and conditions that will save us a lot of money presently unannounced or unaccounted for, including the continuation of fraud.

They go on about being able to keep your current insurance if you like it - meaning employer provided insurance. Well, I don’t know of any employer who provides “free” insurance, just group insurance of which they pay a small part, and the employee pays the rest. I don’t know ANYBODY who likes their insurance. It costs an arm and a leg, has high deductibles and co-pays, and may or may not actually pay out.

When you make $10/hr, and the high-deductible insurance offered at work costs you $100/wk or more, how could you possibly be happy with it? NO one should have to pay out 25% of their pre-tax income for sub-standard health coverage. But it is a fact of life.

As to Medicare 4 All… I’m on Medicare, as is Hubs, and you still get huge bills for the stuff Medicare won’t cover. We have Medigap, but it’s high deductible as we can’t afford anything else. We need single payer that maybe has a $10-25 co-pay and that is it. It’s the way the Germans do (or did - I’ve been gone a long time) theirs.

I’m surprised you know the cost. Usually it comes as an unpleasant surprise after the fact. I think they should have to tell patients how much after insurance it will cost.

The US Gov’s answer for the uninsured,“Don’t get hurt or don’t get sick”.

$11,300 in deductibles !!
WTF ? That makes my $3000 ambulance ride seem like a good deal.
At this point in the history of american health care , if you can call it that , it’s a wonder why anybody Wouldn’t want MCFA . SHT!

It just never ends, does it.
From the basic economy to the legislature, its just an endless parade of scams and graft at every level.

Some of us in the UK have been fully aware of this since the 1950s and there is no way that TRUMPTY DUMPTY and his crony bojo the bozo can sell a US style health (don’t)care system to us. The sooner the world is rid of these two fascist pigs and their crony farrago, the better for all of us. Medicare for all is a PROGRESSIVE policy that should have been enacted asap after world war 2. 75 wasted years by US politicians !

A good number of Americans have a distorted picture of Health Care in other Countries. As example there sites and news organizations that cater to the right wing and Libertarian crowd and these are full of headline stories about horrific health care outcomes in the UK due to the NHS and “Socialized medicine”. The sites carefully select worse case incidents that occur here in Canada or over in the UK and give the impression these instances are commonplace and happen everyday.

Here an example of what they subject to with the author suggesting that long wait lists in Countries with Single payer health care results in patients dying before they get care. It implied that this does not happen in the USA, which every reader on these boards knows is rubbish. Not only are medical outcomes in the USA worse then most countries, not only are life expectancies dropping, not only are they paying twice as much per capita as the next most expensive Country , but lack of access is resulting in tens of thousands dying each year.

Through all this with articles such as this many Americans are convinced they have the best system in the World even as they run go fund me campaigns to pay for it. 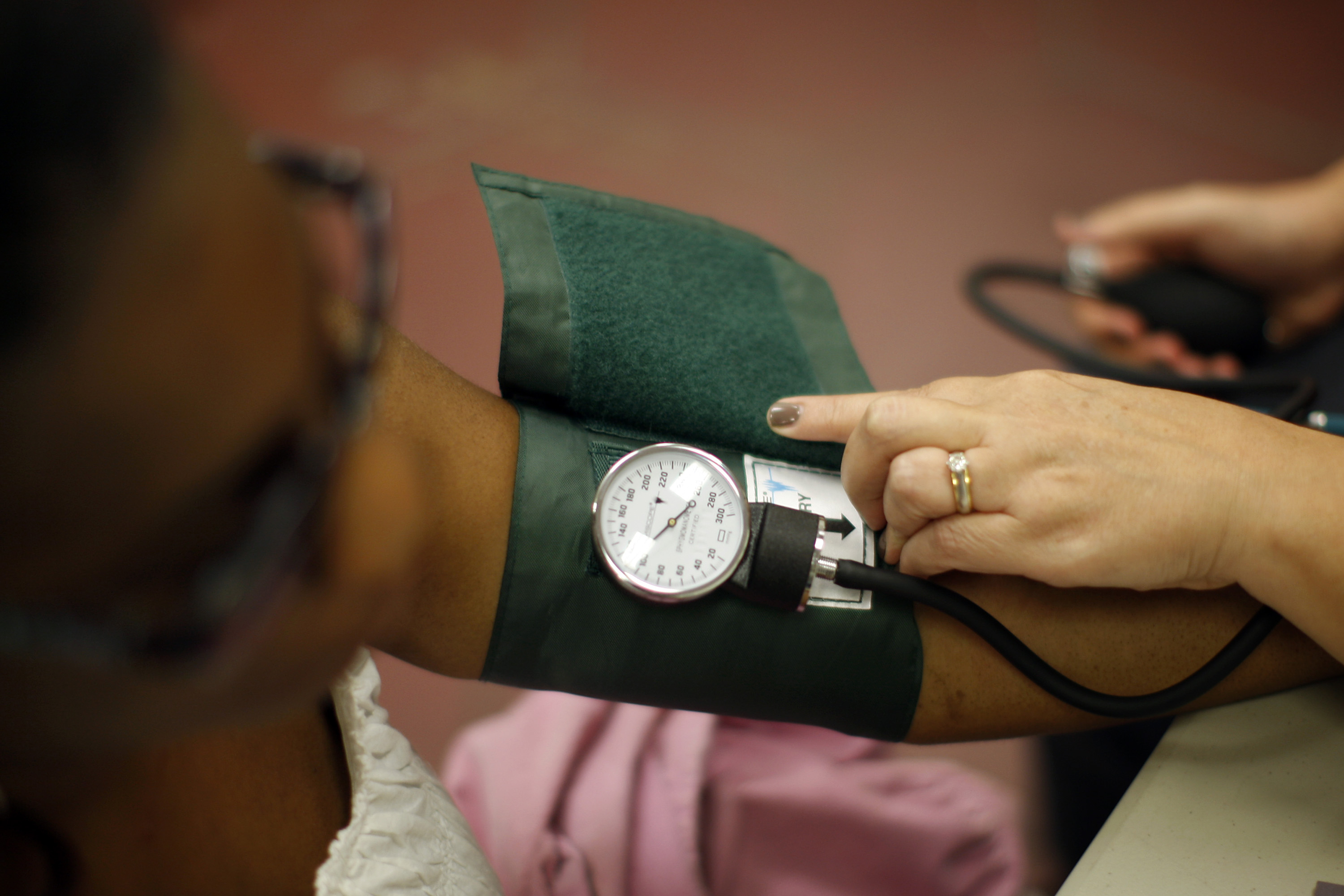 Yes, everyone has insurance, but that’s meaningless when people are dying in line for care.

Snake Oil Capital of the World
Graham Parker & The Rumour

The Land of the Free only applies to the rich. This is America’s shame.

The UK is fast approaching America’s political reality with its captured media, an out of control secret intelligence/surveilance state, corrupt politicians and an unassailable corporotocracy overseeing it all.
If they could do it to America there is no reason to think they can’t replicate it in the UK.

I live in the US but I didn’t realize that hospitals were that expensive. Best to hope for a fast final exit.

Sorry, I was browsing from the bottom up and read your comment after the stupid part.
I’m beginning that all these asertations are products of corporate healthcare misproviders dirty tricks departments…

It’s not just Brits gasping at this video. We do in Australia too.

But it is more than Healthcare Costs in the US. I can’t believe it isn’t compulsory Civics studies in senior years of schooling, just prior to voting age, that every US citizen be shown Michael Moore’s film n Where to Invade Next, alongside actual screen shots of US rankings amongst comparable developed Nations around the globe on: healthcare, education, drug policy, capital punishment, childcare, aged care, workforce participation and conditions, military expenditure welfare benefits and costs for essential services and utilities.
Then and only then will Conservative politicians lies about the need for ‘even’ lower taxes, especially for business and the wealthy be made clear and honest.

Sadly the Conservative Parties globally are following this same model including Australia.