The richest Americans have benefited from numerous changes to tax laws and enforcement in recent decades, Sargent wrote, “including domestic and international tax avoidance, the whittling away of the estate and corporate taxes, and the repeated downsizing of top marginal rates.”
The Constitution, if it were true, would need to be amended to: by the richest people; for the richest people; and of America’s richest people.

Why were the Waltons omitted from this picture of the addictively greedy insane?

Meanwhile, back at the ranch, our democratic party heroes are working hard on the impeachment sideshow. Income and wealth inequality ? Not so much.

Funny how the rise in this extreme income/wealth inequality began as soon as Reaganomics kicked in, with indiscriminate deregulation and massive tax cuts for the rich. And then Clinton piled on with more of the same, with his own corporate-friendly policies (Reaganomics 2.0). and then Bush continued with more of the same “trickle-down” BS, as did Obama…until 40 years later…voila…wealth inequality even worse than what existed prior to the Great Depression. This is the result of 40 years of a capitalist system gone amok (unregulated) and plutocracy, with BOTH parties being owned by the rich and the corporate fat cats, thus allowing this winner-take-all brand of capitalism to even exist.

The neoliberals who still support the Democratic Party, thinking they are the “nice guys,” don’t seem to have a problem that their heroes who are supposedly going to save us from Trump, are fully supportive of this crony capitalist system (they just want to put a band-aid on it) AND with plutocracy in general. Band-aids, lipstick on the pig, and watered-down bipartisan measures that always favor the rich and the status quo, won’t cut it. This whole house of cards needs tearing down and being rebuilt with a heavy dose of socialism, or at least some elements of it, at its core. Socialism is not the evil that conservatives and establishment Democrats claim it is. It’s the only thing that has a chance of saving us and restoring true democratic values to our government-- assuming those values were ever there in the first place.

There was hope in the 1970’s after a very traumatic 1960’s with the death of JFK, MLK, RFK. Then Reagan came in with the carnage of the CIA and murders they did in the open. The S&L scam. Then the Bush/Cheney war crimes for which even today they have trouble if they go off-shore. Trump is the end of that up-side down shake-out of the US sheeple done for Putin and Trump’s other Dictator friends. Notice today in the investigation all the Dems had tan colors, were mixed men, women, jews. All the GOP males who wore black suits with white shirts and spoke as if they were marching the Trump line at all times.

Only on a planet with a primitive economic system would this be allowed.

Billions with so very little access to the mere
basics in life.While very few have billions .

Do you know who much a billion is little less 100 Billion.
Stack a billion dollars on top of one another and see how high it reaches .
68 miles high.

Wow…It’s called monopoly when the few take it all.The end game of capatilism and the free market economy is always monopoly.

Always was always is .

Time for a maximum wage, it would still be 10’s of millions for personal use .
How much does one need and is the purpose of life making stacks of cash .

Point taken, Phred. What a “Rogues Gallery” it would be! Kind of like Bernie’s “wall of shame”. 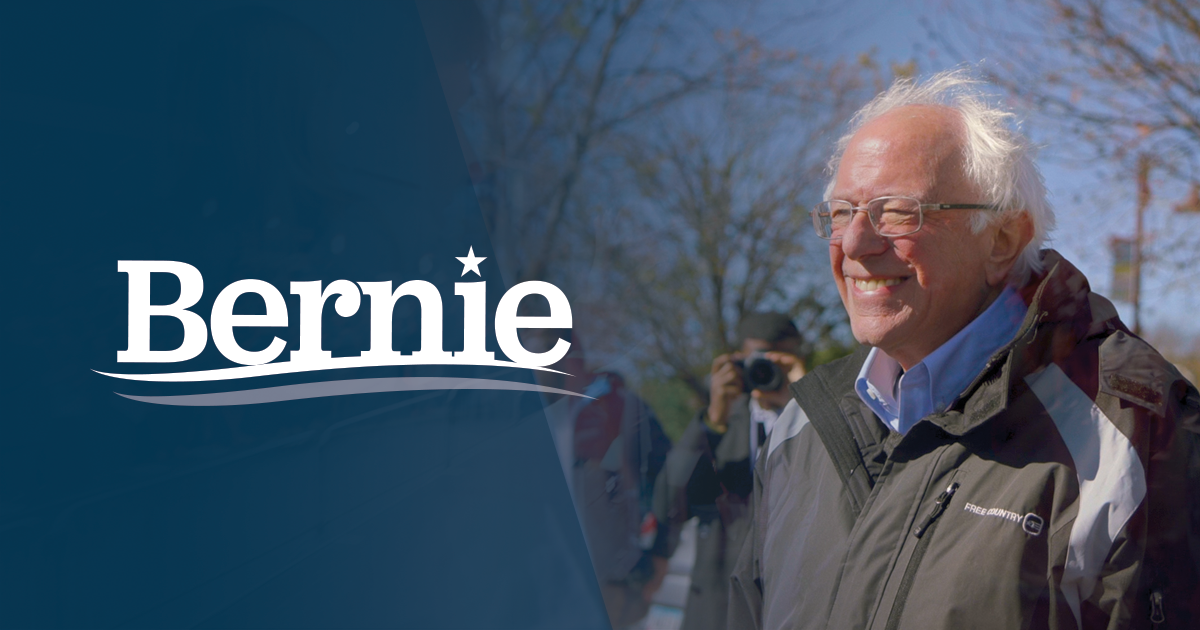 We are taking on powerful interests who will do and spend whatever it takes to stop us. Change never happens from the top down. Chip in to join the political revolution today.

And leave it to the fucking wall street urinal! 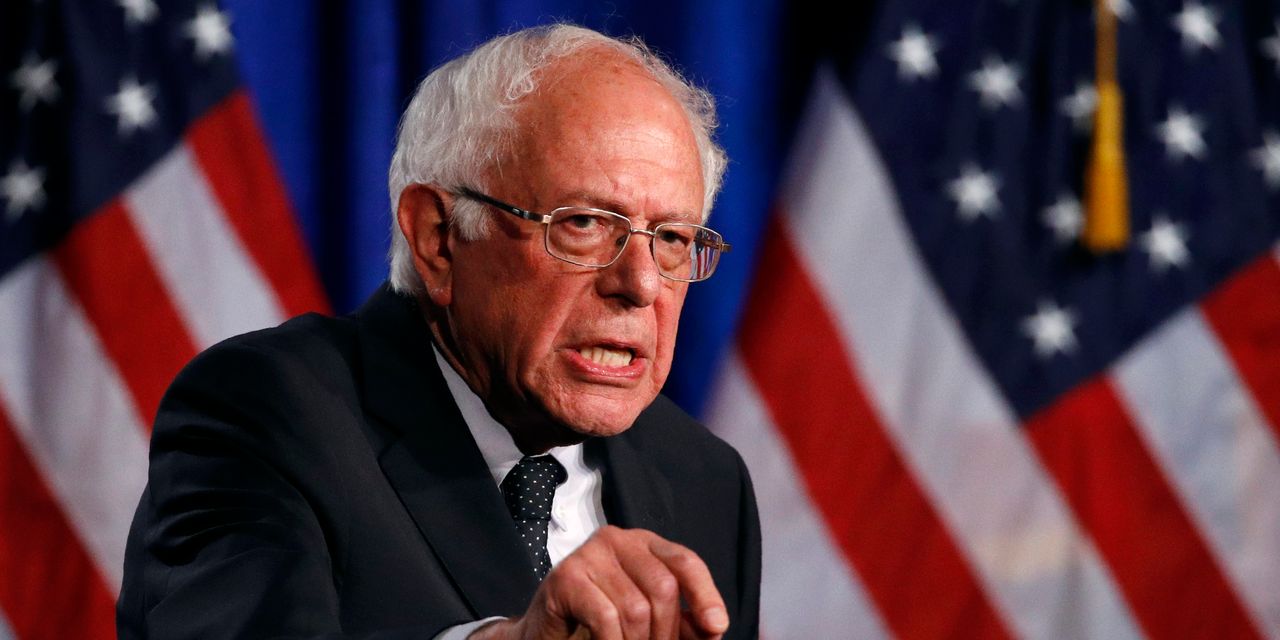 By his actions, he shows he disagrees with the socialist policies he advocates.

And those dollars buy less than they did in 1970 too. Well-played, plutocrats–but like we say in the recording studio, playback is a bitch.

Here is a simple fact that escapes far too many people. In a Capitalist Society, which grew out of Feudalism, this wealth distribution is the norm. Most of us grew up during that short period in history that was an exception and that the period from just after the second world war to 1970. This was not so much a Reagan thing as it was a Capitalism thing.

For that short period in history that became the exception there two things that need pointing out. One is that the presence of the USSR and the birth of Socialism played a huge factor here as Capitalist societies pushed through Social program spending to make the Capitalist system appear to work. Second this statistical blip in history came with a tremendous increase in Consumerism and consumption. As cheap energy sources exploited and as those factories churned out product to create this apparent wealth, the natural world around us was destroyed.It was very much like living high on a credit card.

To that wealth inequality. It not so much the wealth not being share fairly among the masses , it that as Bernie Sanders suggested , Billionaires should not exist. Everyone has to do with less and those billionaires have to do with billions less.

When I grew up in the 1970’s, one had to drive a couple of hours north to Beverly Hills to see a mansion and one time we saw a Rolls Royce. It was like out of some movie. Now there are huge mansions all around us. These homes are on a level of thousands of square feet with incredible interiors. The cars are no less unbelievable. I see Maseratis and Ferrari’s on an almost daily basis and last week a car that I had to look up. It was a Mc Clarin. A car that starts around 200,000 and goes up to 3 million. The web site was sorry to inform that the 2 million dollar model was all sold out.
No, billionaires shouldn’t exist. No one that would or could buy a 3 million dollar car should exist.

While the sheep are distracted: The Democrats are working on passing Trump’s new NAFTA. Re-named so the peasants will not realize the new sucking sound is the same as the old sucking sound…until it is too late. Only good news is there is not much left to ‘suck’.

Wall Street Pelosi will proclaim a ‘bipartisan’ victory and campaign coffers will swell. The new NAFTA includes a sweet deal for big pharma. Increases the time drugs remain on patent before generics. Forces Mexico and Canada to follow same course to prevent Americans from wandering off to Mexico and Canada to survive.

Looks like the MotherFu$kers got their marching orders. Funny that they are trying to impeach Trump when they seem to love his policies, his federal judge appointments and his trade deals.They didn’t care much for his Ukrainian policy but damn he can sure make some great deals with Mexico And Canada, huh Nancy?

Just to be clear, Peyton Manning isn’t even in Warren Buffet’s area code in terms of net worth.

Welcome to the community.

Speaking of the status quo, guess who the d-party establishment is going to blame for their second loss to Trump. That’s right, the DFHs.

Oh yes, and Hamlet would concur-----and this time he’s not talking about Denmark!

I noticed that with a lot po reps, but The VP Pence, when he wears a dark or a black jacket----------he reminds me of a mortician ---------maybe that’s the nonverbal message that America is slip sliding away and so the GOPers are having the funeral dress early. : 0