The Frenzy Over Amazon’s HQ2 Should Be a National Embarrassment

The Frenzy Over Amazon’s HQ2 Should Be a National Embarrassment

Amazon’s HQ2 auction is finally over.

How about we ALL just please stop feeding this insatiable Amazon beast, and instead support little struggling local businesses, who offer our communities so much more than just stuff, but local character and community.

PS Recently, I was BLOCKED by Amazon from writing a review on a friend’s book. Have done this for others in the past, but now: One needs to accrue Amazon “points,” meaning purchases, in order to post a book review!!! Sorry, Jeff, I think you have earned more than enough wealth, i.e. too much, and I support local businesses, including bookstores, as much as possible!!!

I was going to comment that Amazon is what it is because they merely feed the seemigly insatiable, voracious cravings for more and more ‘stuff’ (see Carlin, George) by the masses, so conveniently delivered right to their doorsteps, not unlike other retail vultures (see Walmart, et al).

Just as Trump is a symtom of a corrupted political system, Amazon is a manifestation of the consumer/materialist mindset, dare we say culture.

And interesting that the article’s author is managing editor at TalkPoverty,org, when the the very people who probably can’t afford, and certainly don’t need, to support Amazon through their endless buying of said stuff are doing just that.

Amazon is just doing what Capitalism does , something which mainstream economists just do not seem to understand.

What people should be embarassed about is believing that the Capitalist will act in any other manner. They are motivated out of greed, and these are the results.

I read an article in Yahoo about Amazon HQ2 & agree with Tucker Carlson that Jeff Bezos shouldn’t be getting tax breaks when there are so many people that need jobs, healthcare & many other things. I don’t always agree with Tucker but I agree with him on this.

Just a reminder that Bezos owns Whole Foods now, so we should all be refusing to shop there too.

We’re talking about weaponization taken to a ‘prison planet’ level. Bezos practices a form of megalomania that addiction-based and parasitic in that it is the focal point of parasitic extraction, labor abuse, and delivery point in production for shaving of societal functioning for the psychotic aggrandizement of a small cadre whose spiritual DNA is very nearly fully overtaken by the aggregate negation of all that is required to suck billions without any qualms of conscience at all.

In short: evil incarnate. There is a painful adage about the devil: one his most successful undertakings was to convince people of conscience that he does not exist. 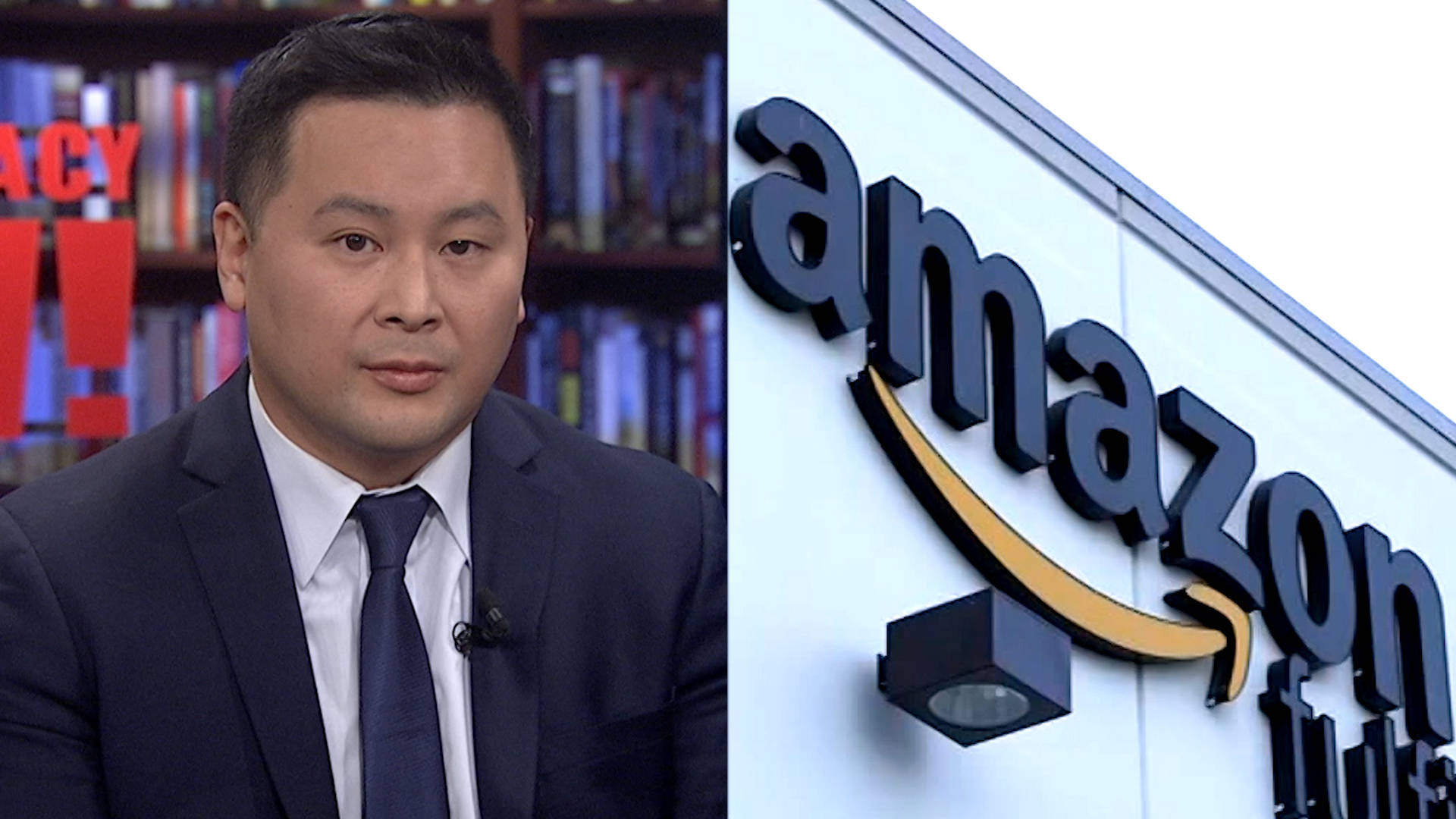 NY Politician: We Need to Block $3 Billion Handout for Amazon & Use Money to...

After a months-long PR campaign, Amazon has officially announced it will split its so-called second headquarters between New York and Arlington, Virginia, outside Washington, D.C., after being offered more than $3 billion in tax breaks and other... Amazon has selected a pair of cities to host its new, expanded headquarters: Crystal City in Arlington, Virginia, and Long Island City in Queens, New York. Amazon’s decision came after a 14-month search that saw cities around the U.S. promise tax...

“In the end they will lay their freedom at our feet and say to us, Make us your slaves, but feed us.”
– Dostoyevsky

No matter the party in power, it’s always a party for bastards like Bezos

Have you read Nomadland? A true story about worker campers who are the employees of Amazon,=older people who lost everything during the recession and who are relying now on living in RVs ( older ones) in campgrounds. Amazon required that these sixty and seventy year old work in horrible conditions. Some even got sick- Amazon did not care.

No, but thanks for the tip. I checked online, and had to laugh that you can buy it via Amazon. My local library has it, and it’s on my list to check out and read.

What is LOTE?
Lesser of two evils

Tucker isn’t the first person to publicly state that the man well on the road to becoming the planet’s first Trillionaire doesn’t need another tax break. Carlson would probably zip his lip if Bezos were a strict republican. Bezos leans libertarian but is very generous with his left-leaning pet projects, most of which enrich his bottom line.

"… Bezos, 49, has done most of his political talking with his checkbook, shelling out millions in support of gay marriage last year and thousands more over the years on behalf of mostly Democratic candidates.

… Campaign finance records show that Bezos has mostly given to Democratic candidates for federal and state office, including Washington’s two senators, Patty Murray and Maria Cantwell. He’s donated money over the years to Rep. John Conyers (D-Mich.), Sen. Patrick Leahy (D-Vt.) and then-Sen. Spencer Abraham (R-Mich.), all of whom served on the either the House or Senate Judiciary committees, which, as Political Moneyline notes, are responsible for some Internet-related issues.

… Bezos’s mother and stepfather gave a total of $1 million in 2012 in support of an education initiative that narrowly passed. The measure will allow up to 40 charter schools to open in Washington state during the next five years. Meanwhile, Bezos gave $100,000 to support charter schools in a 2004 referendum." The politics of Jeff Bezos

The Washington Post's next owner gave big to support gay marriage in 2012.

As for a giving man? Not so much:

"… Bezos’ rise carries important symbolic weight — signaling Amazon’s unbridled power and value, presenting a new face of outsized wealth to the world and heralding a new kind of billionaire who is skeptical of philanthropy and has massive reach in culture, technology and media. … Bezos will be a different figurehead. … He is far more press-averse, rarely giving interviews or public addresses. He is hyper-competitive. And he is only moderately — some would say barely — philanthropic."

Jeff Bezos, the Amazon founder who started selling books from his garage 22 years ago, is the world's richest man.

I differed with her only on her view that Philadelphia could and should make the case that it was Amazon’s best choice.

I live two blocks outside the jurisdiction of Philadelphia — I am grateful that Amazon is not going to be my neighbor,