It is difficult to fathom the inability of the Assimilated Press to locate and employ a single “reporter” who can properly spell “corporatist” without committing typographical errors in the manner highlighted above.

Didn’t Warren used to be a Republican? I think that speaks volumes.

Phony as a three dollar bill. Just a smidgeon of cultural genocide, opportunistic deception, can set off my bullshit meter for a long time. That’s Warren, skilled at faking sincerity.

Warren sure can deliver a fiery speech that appeals to 99%ers. Videos of her early testimony to Congress in which she lambasted the banks would have a similar appeal - but her behavior looks like a page from the Obama playbook: Talk left and govern right.

Bernie is the only trustworthy candidate.

This is what I wrote about Jack Lew back in January of 2009- well about him and Rachel Maddow pushing him:

The Strange Case of Dr. Maddow and Mr. Lew

Just another Trojan Horse into the Democratic Party, this time, as a fake progressive.

I do believe Warren will be the nominee-----just look at the comment about lightbulbs----this is from her gut-----its not made up-------how much control will the power brokers have over her----I don’t know--------If Sanders is elected he will be destroyed by the powers that be to prove socialism can’t work-------and yes Warren is playing to win----and don’t think for a moment wall street and other elites aren’t going to do everything they can to get Trump re-elected. The media are gunning for Warren and Sanders to go after each other leaving Biden on top. So it will be interesting to see how Warren and Sanders work this out-------progressives should seek to build on these two not divide.

I do find the vote for Lew concerning; but as the article notes, Bernie campaigned for Obama, and I would add, for Hillary. Everyone has to decide when to play along and when to fight for purity. And Warren has tried to stay closer to the party than Bernie; that’s how she got a Consumer Protection Bureau established. AOC disappointed me when she voted for Pelosi as speaker. Let’s not divide ourselves over purity questions.

Hey Senator Warren let’s talk about the money laundering (highlighted in blue in this article). Let’s look into the most depraved money laundering, CASINOS. Prove me wrong on this. First, there is no trafficking in guns/weapons, drugs (legal and illegal), without human trafficking. Back in the 1970’s and 1980’s money laundering was done by banks. The Franklin Coverup, the saving and loan coverup with Keating etc. Now money laundering is done by CASINOS. Most done by predators that have infiltrate The Church Of Jesus Christ Latter Day Saints or Mormons. The LDS’s have been vulnerable since Bing ham Young and his child brides. We know the “good” LDS’s and there are many. But I am talking about the predators cults or Mormon-Indians that were children taken off the reservation and put in LDS homes, put in MK Ultra programmed and sent back to the res. Thunderheart tells this story of American Indian movement, water, uranium and the government Indians. So the next time you gamble and not just on the res. think about laundering of money made by child predators and the child trafficking epidemic in the United States. Prove me wrong.

Las Vagus is more of the same. Money laundering and overrun by “good” religious people and predators. Senator who? How about those planes that fly from Las Vagus to Salt Lake City everyday? Let’s tip the money scales in another direction. Hey, it a good day to die for the cause!

Is it purity we’re asking for, or making a comparison between how much politicians talk out of both sides of their mouths? For example:

I wish Bernie hadn’t pledged to support Clinton in 2016 – but he did and then followed through.

Warren said “Wall Street CEOs—the same one who wrecked our economy and destroyed millions of jobs—still strut around Congress, no shame, demanding favors, and acting like we should thank them.”
Then she rewarded one of those she decried.

A more fruitful line of inquiry regarding Warren would be question her on her foreign policy positions. So far she has kind of been given a pass on this huge area where the President plays a pivotal role.

Some additional light would be shed on differences between Warren and Sanders. 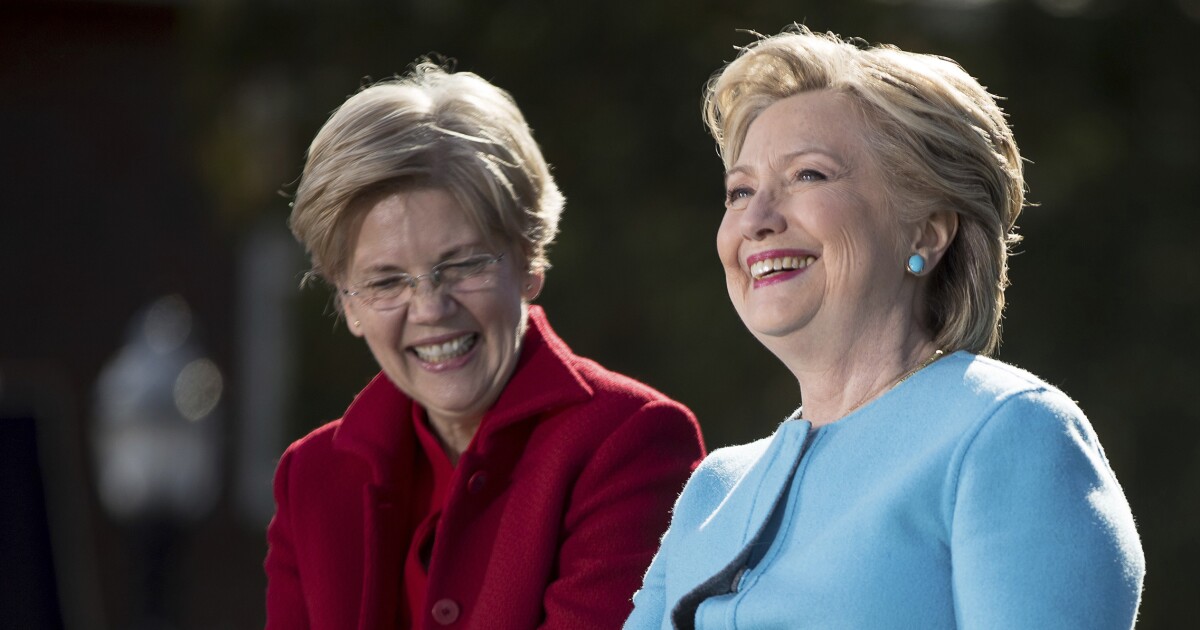 Warren using Clinton as confidant in potential face-off with Trump

Elizabeth Warren has quietly turned to Hillary Clinton as the Democratic presidential primary heats up.

Sanders: Voted against the the last two NDAAs.
Warren: Voted in favor of them.

As I’ve said before, are the neoliberal wealthy democrats going to lose money on Trump’s re-election? Have they done nothing else but make money since he was elected? Only if you don’t count their Wall St. investments in war industry, prisons, etc etc!

It really does look like these slimy rich dems are trying to lose again.They just DON’T care.

Even without the slush money, ALL are in the top 10% income bracket; even AOC is getting paid six figures now (see how long she holds onto her ethics). 1st year Congresscritter paychecks are higher than 90% of the working population paychecks. The poor don’t count in this figure of course.

I expect Trump to ‘win’ again. Unless Bernie is the nominee and we know how that turned out last election, total corruption by top Democrats. They should have ALL BEEN FIRED.

Big sigh. Cynical I is no doubt.