The Most Impeachable President in US History vs. The Most Hesitant Congress

I totally agree with Nader. There needs to be a much broader front on impeachment. His constitutional violations are so sweeping & should not be confined to this 1 piece.

Nader has done more than his share of criticizing Bush. This article is about Trump.

This pusillanimity is shared with the mainstream media. In fact you will rarely see such enlightened writing outside of truly progressive sites like Common Dreams.

Searching for evidence of crimes and making it stick against a sociopath in government office is a daunting task, especially when his party is a party of sociopaths defending him and trying to normalize their anti-social pathology.

It would be far better, quicker, and easier to document his antisocial thinking, vocalizations, tweets, memes, and behavior that indicate his sociopathy which makes him unfit for office.

I hear you. There has been a sanitizing and legitimatizing going on regarding baby Bush. Of course, the U.S. was built upon that sort of amnesia and rewriting of history.

We, the American people, haven’t waited to hear and see where Obama stood for 8 years. We saw it almost from day1: Remember the ACA & Obamas failure to even push for a "public-option?Remember little Timmy Geitner? (Forgot spelling, sorry), and not to mention his corporate-owned buddy Rahm Emmanuel, ex-mayor from Chicago and the rest of his oligarchic-owned administration??? Remember how they all bad-mouthed progressives then???
When a person like the President moves in to the White house, ALL AMERICANS see firsthand who the person is that was voted in. Just look at the depraved, sociopathic, stupid, incompetent s***heads Orange Nightmare has around him!! All his own choices!! No guessing what cult45 is plotting, right?!
In that same way, Obama was clear what he fought for. Not the poor, not the disabled, not the middle-class, either.

No, it is a fact that attacking consumer advocate hero Ralph Nader and the Green Party won’t change why and how the presidency was stolen from Gore in 2000.
Your lies about the numbers and your advocacy of Hillary Clinton tell me you’re a DNC loyalist.
Hillary’s record was abysmal, and she was correctly attacked by all true progressives, not just Stein.
She ran a lousy campaign, riddled with stupid errors that had veteran marketing and public relations people wondering if she was paid to lose.
You conveniently ignore why it was that your false, alleged margin of Green votes could make any difference in an election. It was because Gore chose Zionist LIEbermann as his VP and ran a pathetic campaign, and because Hillary was a corporate, sellout, fracking-promoting, Wall Street-owned, warmonger corporate Democrat that neither of them could generate the voter support necessary to overcome the electoral college and any other deficits.
I’ll believe Al Gore’s assessment of the election, in which he blames himself and the DNC lawyers instead of Ralph, more than I’ll believe you.
I’ll believe this more than I’ll believe you: 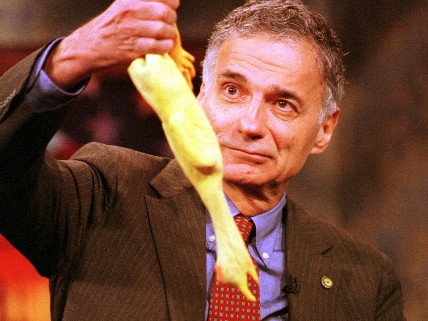 No, Ralph Nader Did Not Hand the 2000 Presidential Election to George W. Bush

More than 12 times as many Florida Democrats rejected Al Gore in favor of Bush than they did for Nader.

Congress took an oath to defend the Constitution of the United States - not a corrupt president!

Do they know that? Cause most of them dont behave as if they did.

That’s why she initiated a recount in Wisconsin, Michigan and Pennsylvania which HRC refused to endorse?

The real “Lie of the Year 2016” was the myth that Clinton and DNC conspired to steal nomination away from Sanders.

That’s why the DNC called the primary election for HRC right before the vote in California? Superdelgates … coin tosses … yeah, lie of the year.

Barry … is that you, Barak?

We also need to undercut Trump’s support. We need to point out how inept he is. He hasn’t built his wall or ended Obamacare. Indeed, children climb his sample walls and folks drill holes. Public support for Obamacare or better has grown. My main take away from the Mueller report is he tried to collude and didn’t get far enough to charge. He obstructed, again ineptly, and only added to Mueller’s charges.

The inept frame needs to be established in general and with conservatives to erode Trump’s support and swing Congress before we finish the impeachment. Yes, we have stopped most of his agenda, but snickering over his ineptness will resonate with his allies. Don’t confront him directly or the bully will do something really stupid. Just calmly tell him “No, don’t do that either.”

Fact are facts. The numbers don’t lie. I’m not attacking anyone, just presenting facts. You, however, persist in your attacks and name-calling as if that’s anyway to argue. That’s trumpian.

I probably missed some good comments farther down the page, but at a certain point I got weary of so many hold’n the tail going so wide of the donkey. Sorry, but my day started out real early. When I gave up it was jneastra’s comment I remembered…as most on the money. Not that I wanna be guilty of singling out Biden (like Bruce Fein says Trump does), but in my opinion it’s insane to have a prez that gravitates one micron toward stoke-up-Ukraine/Russia-enmity.

The wars and the treaties and the Javelins [to abbreviate things] are Trump’s most dangerous aspect in my opinion. Yet Dems on the Hill think he’s a wuss. It’s “in” to think that. To say that. Doesn’t take much research to find out different.

Yet he convinces his “base” he’s being diplomatic. At the same time he convinces both oil barons and many blue collar folks he’s very tough (tariffs), and that the toughness will pay off. But the tariffs won’t pay off cause he’s not being diplomatic, and the tariffs were not well thought out to boot (he morphed NAFTA 2.0 into a crazy thing with no advantages at all…or, if there was one I’ve forgotten, it’s tiny). How does he convince these different demographics of these different things all at once? Shoshanna Zuboff says he plays them like he played The Apprentice audience [always one contestant ends up a scapegoat]. I’m disappointed no one’s pursuing that angle. One could ask: Are consultants helping him amplify his own natural approach? I mean when you talk about Zuboff you have to see what people like George Lakoff think about it. They might not have much to add, but it would be natural to see if they agree or disagree. For example, this search turns up nada https://duckduckgo.com/?q=reality+tv+zuboff+lakoff+audience+cambridge+analytica+2019&t=hp

Once again unprogressive Dems blame the failure of their party, lack of policy and awful candidates on others.
Even in this pretend democracy neither you or HRC has the right to tell others how to vote.
You know a bigger reason the Dems lose is because 50% of voters are soo turned off by the stink of both parties they stay at home!

She is the worst type of neoliberal war monger!

Not to mention the press briefings of slurred unrelated phrases in his incoherent rants and rally taunts, with the inducements to violence.

As I have said so many times before, I have the greatest respect for Mr. Nader, and I invariably appreciate his insights.

But the problem he describes here – the fact that despite the (pointless) charade of impeachment undertaken with the absolute certainty it will end in acquittal no matter the magnitude of criminality so revealed, the Democratic (sic) Party has yet to make effective opposition to the Trump-Pence Regime and its ChristoNazi agenda – is fully explained in a single sentence:

By its unequivocal embrace of that definitively ecogenocidal brand of Nazism comfortably euphemized as “Neoliberalism,” the Donkey Party has reorganized itself to be the Republican Party’s Fifth Column. Nor – unless it repudiates not only Neoliberalism but all forms of Capitalism – will it ever again be anything more.

Which also explains why that party is infinitely more hostile to its (tragically few) genuine progressives than it is to the Republicans who are methodically transmogrifying the United States into a high-tech theocratic version of the Third Reich.

The real question thus becomes who owns the Democratic (sic) Party? The ever-more-obvious answer is it is another wholly owned subsidiary of the same cabal of Hitler-minded plutocrats who own the Republican Party. That’s why, with 244 years of USian Big Lies becoming ever more threadbare, the agendas of the parties now dovetail so neatly. The Republican Agenda calls for imposing theocratic fascism post haste, while the Democratic (sic) Agenda calls for doing everything possible to facilitate the Republican Agenda – this as the Democrats strive to maintain their ever-more-injurious Big Lie they are party of the people.