The U.S. Returns to ‘Great Power Competition,’ With a Dangerous New Edge

The U.S. Returns to ‘Great Power Competition,’ With a Dangerous New Edge

The Trump administration’s new National Defense Strategy is being touted as a sea change in U.S. foreign policy — a shift from the “war on terrorism” to “great power competition,” a line that would not be out of place in the years leading up to World War I.

But is the shift really a major course change, or a re-statement of policies followed by the last four administrations?

The U.S. has never taken its eyes off its big competitors.

After the US part fighting fascism in WWII ,military leaders had a far different vision of what war and “defense” actually meant than today’s sycophants.

General Dwignt Eisenhower warned against the Military Industrial Congressional Complex as first known to include a complicit Congress, and the great danger to our civilian nation and purposes. Those forces that put their own interests and the War-Machine ahead of our republic have come to control the nations direction. Eisenhower’s warning has proved so much more than accurate with the enormous mechanisms of war and arms manufacture, both now for-profit, becoming a commercial force that has subverted our nation, Congress, and media-manipulated public, to justify and support the destructive diversion of resources from critical civilian priorities to bloated military budget. That reality is no more obviously represented than by the trump regime’s war budget; only part of he fascist reality endless war is part of! 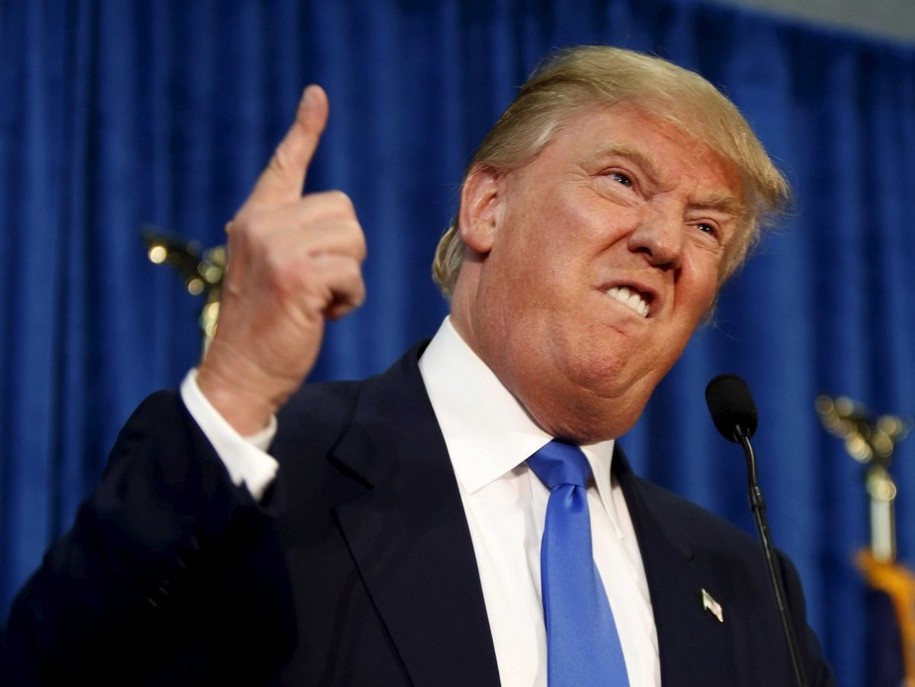 The 14 Defining Characteristics Of Fascism - Trump Is a Fascist

The 14 Defining Characteristics Of Fascism. I was watching yet another Trump “campaign” a few days ago. I’ve always believed that Trump’s campaign rallies are very reminiscent of 1930s Germany. It inspired me to research what really constitutes...

Eisenhowers Farewell Address warning read in part: “In the councils of government, we must guard against the acquisition of unwarranted influence, whether sought or unsought, by the military-industrial complex. The potential for the disastrous rise of misplaced power exists and will persist.”

“We must never let the weight of this combination endanger our liberties or democratic processes. We should take nothing for granted. Only an alert and knowledgeable citizenry can compel the proper meshing of the huge industrial and military machinery of defense with our peaceful methods and goals, so that security and liberty may prosper together.” - http://mcadams.posc.mu.edu/ike.htm

Today the military has lost (or cashiered) people and voices that knew what disastrous consequences war brings to a nation and people. We are now witnessing the subversion of our nation that does endanger our liberties or democratic processes -!

The other warning by one of those extinct voices of experience and wisdom was Marine Maj-Gen Smedly Butler, author of “War is a Racket”, who wrote: "WAR is a racket. It always has been.

A racket is best described, I believe, as something that is not what it seems to the majority of the people. Only a small “inside” group knows what it is about. It is conducted for the benefit of the very few, at the expense of the very many. Out of war a few people make huge fortunes." https://www.ratical.org/ratville/CAH/warisaracket.html

Those two distinguished military men understood the dangers and reality of war; the threat it represents to our nation at this moment! We now hear only the corrupt voices of people with far lesser moral compass and dedication to country; those defending obscene budgets, profits, and subverting civilian governance and priorities through designed for-profit endless war!

"The first truth is that the liberty of a democracy is not safe if the people tolerate the growth of private power to a point where it becomes stronger than their democratic state itself. That, in its essence, is fascism - ownership of government by an individual, by a group, or by any other controlling private power." - Franklin Delano Roosevelt

"Of all the enemies of true liberty, war is, perhaps, the most to be dreaded, because it comprises and develops the germ of every other. War is the parent of armies; from these proceed debts and taxes; and armies, and debts, and taxes are the known instruments for bringing the many under the domination of the few. In war, too, the discretionary power of the Executive is extended; its influence in dealing out offices, honors and emoluments is multiplied; and all the means of seducing the minds, are added to those of subduing the force, of the people. The same malignant aspect in republicanism may be traced in the inequality of fortunes, and the opportunities of fraud, growing out of a state of war, and in the degeneracy of manner and of morals, engendered in both. No nation can preserve its freedom in the midst of continual warfare.

The sickening hearings this morning in DC were more the the same mindlessly aggressive, jingoistic and militaristic fear-mongering and concomitant attempted justification of the grand theft perpetrated by the MIC.

First we get N. Korea, Syria, Iran and Venezuela, then we get Russia and China.

“We must get Moose and Squirrel.”

Thank you for sharing these wise and wonderful quotes. Madison was arguably the greatest thinker of all the Founders. It is both foolish and dangerous to have so ignored his admonitions!

The danger of catastrophic war is real because Trump has abdicated all responsibility for military decisions and the generals are doing as they please. Since this appeared to get results against ISIS, expect more of the same as generals “on the ground” order up air strikes on anyone they see as a target. The recent attacks on Russian troops in Syria might well have led to a major war, if Putin had not chosen for his own reasons to lie about the Russian dead, describing them as mercenaries. But even Putin’s desire to prop up Trump has its limits. And if a similar conflict occurs between Chinese and US forces in the Pacific, Xi may not have the same motivations for restraint as Putin, nor the same control over his military leaders. Despite the aggressiveness of China and Russia, the real danger comes from the US where it is not clear where critical decisions are being made and where the titular leader will not take any real responsibility. History doesn’t really repeat itself but I am reminded of the opening chapters of Barbara Tuchman’s classic on World War I, “The Guns of August,” where she speaks of “the bellicose frivolity of senile empires.”

Well I’m not fine with it and never have been. It’s incredibly sad that my nation has been taken over completely by war-mongering coporatists.

It is one of the great books of Twentieth Century history. The “Great War” reverberates to this day!

Well said Dan. So much killing and bloody US warmongering for so long in the name of corporate profits. And Americans still mindlessly repeating slogans like “we’re number one”, and " land of the free". Americans paying for over 900 military bases worldwide in Imperialistic ambitions like the world has never seen before, but who don’t even have basic healthcare, or a guaranteed living wage. God, this has to end. So much horror and bloodshed, ad so much American ignorance or hubris. The US regularly ignores international treaties and laws while using those same treaties and laws to ‘sanction’ (punish) other nations and inflict hardship, and threaten them ( even to threaten with nuclear first strikes). The mask is slipping though. There are some people who still care about truth, justice, and sanity.

Still true, sigh
Every Day is an Anniversary

Every day another death, or more.
Blown apart, shot, starved,
Military or civilian, young or old,
Innocent or guilty, they die.

Looking back through history;
Egyptian, Jew, Babylonian,
Greek, Roman, European or American;
As today, they died.

Peaceful farmers raising their crops,
Came the conqueror, they died.
Poets writing of Peace.
A Dictator’s decree; they died.

Lovers picnic in a mountain meadow.
Overflies the drone, a missile fires;
Blast of fire and steel.
Must have been terrorists, they died.

Collateral damage is a convenient term.
Doesn’t sound like weeping widows,
Crying children and shattered homes.
Just pay them compensation and forget them.

Forget them all, soldiers, civilians, young and old.
Forget the wasteland of war, the trampled crops.
There are always lots more where they came from.
Forget that every day is an anniversary.

Thank you Steve! As true now as it was then.