The War On Thanksgiving

“War on Thanksgiving.”
–Because Stupid could not wait for Christmas…

Happy Thanksgiving to all, thanks for this one Abby, another gem from your pen.

Thanksgiving day as we might reflect is a day of mourning for the indigenous people in the US. When this nation finally grows a conscience it will no longer celebrate the travesty of genocide and theft because that is what this day actually is celebrating. It will mark it as a Day of Atonement which means we put foundation under it by creating a new system based on humanistic principles, socialist in essence, where we value every living human being and creatures, every eco-system, a true reverence for Life. Every life is equally valuable even when its humanity is so buried that we struggle to see it.

Thanksgiving does NOT “celebrate genocide and theft”—COLUMBUS DAY does that.That could be the Day Of Atonement you seek—as well as educating people about our country’s true history. Some cities (including my own, Minneapolis, MN) have changed the name to Indigenous People’s Day. Lincoln proclaimed the national holiday after the Civil War to try to re-unite the nation. Every culture & religion has a day of GRATITUDE–often around the harvest. I know Indigenous/Native American people who have Thanksgiving dinners–both at their homes & at Indigenous community centers & churches. Thanks giving is the ONLY U.S. holiday that does NOT celebrate either WAR/MILITARISM Or SHOPPING (though in recent years, so-called “Black Friday” has been creeping into Thanksgiving Day itself). Seems like it’s a good thing to have ONE holiday that can unite such a diverse nation WITHOUT being about WAR (llike 4th of July is).

Thanksgiving is a sick marketing celebration of one genocide with another genocide. I don’t participate.

[E]ducating people about our country’s true history.–in the US America Columbus never stepped foot here but the white colonialists did in 1621 near Plymouth Rock. It ushered in centuries of oppression and genocide. Giving thanks has been central to indigenous tribes and while some choose to honor this day in their own traditional sense to many Native Americans it is a day of mourning and protest.

A few books to start with:

The Counter Revolution of 1776, Gerald Horne

The Half That Never Has Been Told, Edward Baptist

An Indigenous Peoples’ History of the United States, Roxanne Dunbar-Ortiz

Struggles For The Land, Ward Churchill

A Poples History Of the United States, Howard Zinn 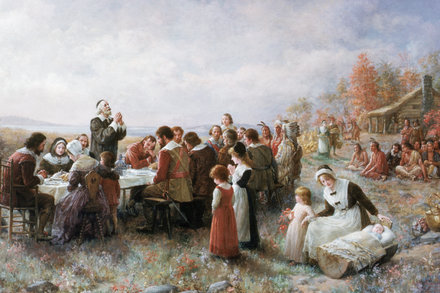 Opinion | The Horrible History of Thanksgiving

Before you fill your plate, please remember why we mark this day.

Ruth Hopkins, a Native American writer and lawyer and member of the Great Sioux Nation, says the holiday originated after a massacre that killed 700 Pequot in 1637. Months earlier, a white privateer was found dead in his boat, and the colonists blamed the Pequot, who lived at what is now Mystic, Conn.

How do Native Americans mark the holiday?

Native Americans were having harvest feasts hundreds of years before the colonists arrived. 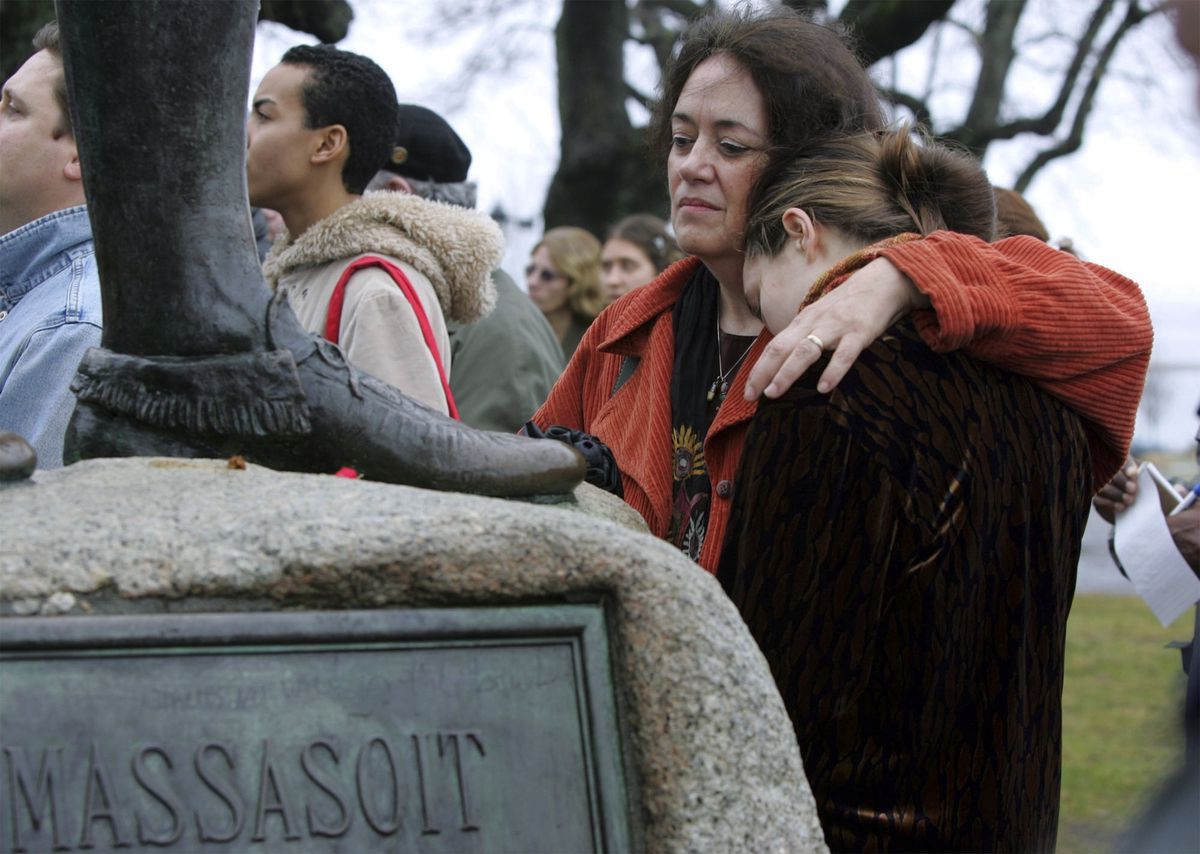 What’s the Thanksgiving story from the perspective of Native Americans?

As the story goes that’s been taught in American schools, the Pilgrims marked their first harvest in a three-day celebration with the Wampanoag tribe in 1621. But what is the Native American perspective?

What Does Thanksgiving Mean to Native Americans?

Of course, the genocide disgusts me, but I also mourn each year the millions of turkeys raised for this “holiday”. It seems that many on Common Dreams are either in denial, are unaware, or just don’t give a damn for other sentient beings. In addition to the cruelty, the turkey “industry” is helping to kill Planet Earth.

Tonight on Cspan, David Silverman, author - “This land is our land” – surprised
me when he began to tell the truth of this land stolen from the native people here.
Maybe I’m wrong, but long ago, it seemed to me that everyone wanted to see and
hear the native Indian speak in those old movies and I think that that’s what Kevin
Costner tapped into when he made “Dancing with Wolves.”

We do need change – it’s a damned “eating” day that rarely does any of us any good.
We need the holiday and the rest, but we should make it about something other than
eating – for instance, how about making it a day to give our food away? To send
baskets of food to people who have none?

Mother’s Day was created as an anti-war day – now a day that makes florists and
Hallmark cards rich.
Why can’t Mother’s Day and Father’s Day be about protests against US/CIA wars and
about bringing our soldiers home from all of those 800 posts around the world?

Giovanna-Lepore: Wonderful reading list! Are you Native American? If not, you are certainly very informed.

Are you Native American?

No. Only Native American on my maternal matrilineal line (Sioux).

Thanksgiving Is Dedicated to Erasing the Ruthlessness of English Settlers

Settler colonialism is based not on giving thanks but on the taking of Native life and land.

Founded upon invasion, violence, racism, genocide, slavery … “manifest destiny” … “full spectrum dominance” … not much has changed fundamentally in 400 years. “We” must control the entire planet, this completely insignificant less than a speck in the universe and all it’s people. Why? “We” are hellbent upon turning it into nothing more than a burnt cinder anyway.

“Despite having missed the memo, liberals gamely sought to answer the call with . . . ‘the holiday with turkey and stuffing that comes right before the impeachment of the 45th president’.”

Well, that would certainly give us something for which to be VERY Thankful —
the Impeachment, Conviction, AND REMOVAL of Presidunce Tweetle-Dumb!!!

"Maybe I’m wrong, but long ago it seemed to me that everyone wanted to see and hear the native Indian speak in those old movies, and I think that that’s what Kevin Costner tapped into when he made ‘Dancing with Wolves’.”

IMHO, ‘Little Big Man’ was ten times better.  It was filmed ten years before DwW and starred Dustin Hoffman & Faye Dunnaway.  Hoffman’s Indian ‘Grandfather’ in the film, Chief Dan George, was nomin­ated for an academy award for his work in ‘Little Big Man’, and I was quite disappointed that he didn’t win.

Thanks – I’ll pay more attention when it comes around on movie
channels again.