'There Is No More Two-State Solution': Trump Administration to Further Soften Opposition to West Bank Settlements

The NY”Times” reporting that Emperor Trump is giving the ‘green light’ to Israeli occupying the West Bank Palestine, just as Emperor Trump ‘green lighted the Turks launching attacks into Syria to oppress the Kurds, proves beyond any reasonable doubt that Emperor Trump not only clearly believes that he is an Imperialist President and Emperor of America — but he is so insane that he thinks he’s the “Emperor of the World”, who can tell all countries what they must or must not do.

As my only demonstration, march, and protest sign since 2017 simply says on one side:

and, more importantly, on the other side:

It is now far past time to put Emperor Trump away in a safely padded area where he can’t hurt himself or others, and where he can’t even be quoted as an American President because of the impact that it could have on others.

[My commentary to this NYT reporting today:
“In Shift, U.S. Says Israeli Settlements in West Bank Do Not Violate International Law”]

Emperor Trump — ‘Emperor of the World’ — says to Israel, “Yea, Bibi, just go in there and ‘Grab it’, you know, when you’re famous you can just grab anything”!

What is your view of a possible solution? I know we can think of many causes to argue there is no agreement. Harder to find ideas that may have a resolution for the present impasse.

There can be no military answer from the Palestinians.

If the US withdraws its financial and military support for Israel it will pressure the Israel into meaningful negotiations. But it can also force Israel into a besieged mind-set. We already see evidence of that from their response to a very moderate BDS campaign.

I know there is discrimination against the fifth of Israel’s population who are Arab and even those who are not Palestinian, the Bedouin, are being subject to ethnic cleansing.

The Two-State Solution no longer can be seen as viable, as you say. So what else is there? Fisk’s article I linked to suggests that indeed “Greater” Israel will be the de facto future.

What is your view of a possible solution? I know we can think of many causes to argue there is no agreement. Harder to find ideas that may have a resolution for the present impasse.

I am not sure. This new twist changes the situation. The US has always protected Israel behind the scenes but at least kept up a pretense.

Now, that is gone. I think it has become (like many domestic issues for us) something only the people can fix by taking control of the government. Get the Schumer and company types out. Israel does not need protectors… it need an awakening to reality. And face up to the fact that it is not anti-Semitic to call someone out based on their words and actions.

I posted this yesterday to a different story, but it is why we as a government have never stood up and spoken the truth: 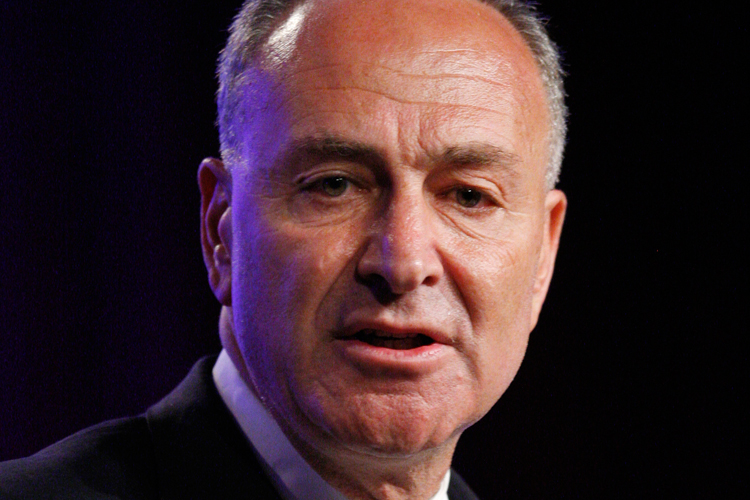 Is the self-described guardian of Israel risking his leadership because he believes God speaks through him?

That… and now we have a guaranteed 20-30 years of unending war. So the MIC has to go too.

In the past year alone, the U.S. government has moved its Embassy in Israel to Jerusalem, has stopped criticizing the Netanyahu government’s expansion of illegal settlements, and is reportedly currently contemplating recognizing as legal Israel’s illegal occupation of the Syrian Golan Heights (which has come to pass), and now the West Bank?**

All the moves were and are contrary to actual American interests.**

Furthermore, Israel, a country having a European level standard of living to include free education and medical care, has received more than [$250 billion in “aid” from Washington. It currently is receiving $3.8 billion yearly from the U.S. Treasury as a base figure guaranteed for ten years, with supplements for special projects and programs. If only Washington had that much concern for its own citizens

Adding in trade arrangements favorable to Israel and the money it gets from American Jewish donors’ tax-exempt contributions, the real total per annum approaches and may even exceed $10 billion.**
Much of the donor money, including that from the Kushner Foundation, has gone to fund the illegal settlements on the West Bank in violation of U.S. law, until now!!

And then there is the $2.7 billion given yearly to Egypt and Jordan, essentially bribes to maintain friendly relations with Israel.**

Sigh------the Nazis have returned—they have different names now though. They are now named America and Israel. : (

Hi Seeker:
Yes, he declared Israel as his nation. I wonder why he does not fully commit and move there then?

I wonder why he does not fully commit and move there then?

Because he can do more damage here.

Wonder how much right wing Israel has paid Trump for that “softening”?

The two or three times in the past that liberal leadership has risen in Israel –
for peace – it has quickly been overturned by assassinations.

Same here when liberal leadership rises – now even before it rises.

Wonder how much right wing Israel has paid Trump for that “softening”?

Up till now (Ukraine) it was actually extortion.

Open discussion is encouraged… but for some it is a death sentence.

Yeah… I am with you on this Greenwich.

In Occupied Palestine: From BDS To ODS, we describe the current apartheid Jim Crow reality of Israel (Occupied Palestine) and detail a new campaign for One Democratic State (ODS) that will transform Occupied Palestine into a democratic state where everyone can vote, has equal rights and where minorities are protected by law. OWS needs to become the end goal of those seeking justice in Palestine. It will bring security to Palestinians, Jews and others in the area as well as greater stability to the region.

And now the weight of Israel supporters is thrown into our election process. Anyone who suggests cutting Israel loose from our financial and immoral support will feel much more than the slim to none effect of Russian interference. They will feel the robust interference of the powerful AIPAC lobby. We have thrown away any independece we ever had by embracing what now is clearly a con job. Hopefully the rest of the world will stand up against this news.

In Occupied Palestine: From BDS To ODS, we describe the current apartheid Jim Crow reality and detail a new campaign for One Democratic State (ODS) that will transform Occupied Palestine into a democratic state where everyone can vote, has equal rights and where minorities are protected by law. ODS needs to become the end goal of those seeking justice in Palestine. It will bring security to Palestinians, Jews and others in the area as well as greater stability to the region.

The reality on-the-ground is the two-state solution is impossible. It is no longer supported by Palestinians or Israeli-Jews. Occupied Palestine is one nation. The question is whether it will be a democrartic nation, with equal rights for all or whether it will continue to be an apartheid state that is not democratic and violates the rights of more than half its Palestinian population every day.

We all need to work for ODS to bring security to Israeli-Jews and Palestinians as well as the region.

I gather that Jared Kushner has given up on his plan for peace in the Middle East, specifically between Israel and Palestine. The last we heard about this “plan”, Kushner had gotten as far as offering a bunch of US dollars to various ME countries (none of them called Palestine) for something. What the money was for was never specified. He talked to some leaders of various ME countries (none of them called Palestine) about what to do with Palestine, adding that the Palestinians were not capable of self-governance.

Then his peace plan was never mentioned again. He is currently, however, working with Trump to give Saudi Arabia nuclear energy, a move that is against US laws.

I guess the Kushner/Trump “peace plan” is sitting on a shelf somewhere next to the plans for “infrastructure week”, “peace with North Korea” plans, “the best health care in the world” plans, and “a new tax cut for the middle-income workers” plans. That shelf is getting stacked pretty high with promises that are never going to be fulfilled.

When will the Trump cult glom onto the fact that all of his promises are so much BS?

This is not a surprise. Anyone with half a brain would expect that those of the jewish faith would have more compassion for their fellow human beings given the suffering that was inflicted on them by Hitler and his henchmen, yet still they get away with visiting the same evil deeds on the Palestinian people that were dispossessed when the state of Israel was created. Anyone of the jewish faith who supports this repression is guilty of a war crime and should be censured for it. I know of many people who consider themselves to be of the Jewish faith who are utterly opposed to this genocide. Trumpty dumpty is complicit in this and should be kicked out of office for the sake of world peace if for no other reason. he is a disgrace to humanity

A two-state ‘solution’ is only a way to give the win to Israel.

The only actual historical solution is integration. Imagine if Georgia had been split for a two-state solution for our racial problems? Integration is the only solution - if the solution is to be peace.

I don’t think “peace” is ever an option among the wealth-hoarding class.