Trump-Led Shift Away From Multilateralism Risks the Survival of Future Generations and the Planet, Global Leaders Say

And here they are:

First time i ever heard of them.

First time i ever heard of them.

Me too. Multilateralism is about 180 degrees from what Twump and his mob are after.

Oh-Oh! Here we go with “elders” again. At least this article proves a point I made in that other article stream about elders and their accumulated wisdom…

There’s only one future Trump cares about…his own.

I may eventually be inclined to wish for nuclear holocaust. When the rich and powerful have refused to invest in a green new deal, and continue their polluting ways, and instead invest in private bunkers to survive in, I hope someone blows up the whole thing. Why should the rest of us be the only ones to suffer?

We’re getting a bit morbid, aren’t we G?

Right SD. They should get together with all the protesters.

Don’t worry G. They will not survive in their bunkers either.

Good to know that all us war babies aren’t senile old farts suckin their dentures waiting for pudding or corrupt political pretenders.

You actually made that point?

And here they are:

Hi Wings,
Gee, I’m a nuclear veteran (Operation Redwing, Bikini Atoll, 1956), exposed to seven of those damned things, radiation exposure nearly took me out. I was an eighteen year old sailor at the time. I’ve been working to awaken the People to what is so lightly discussed amongst the Pentagon and the arms industry, urging We the People of the World to ban the nuclear industry and the war industry and start healing the world, ever since I got out of the Navy.
Now, I’m eighty-two, one of the relative handful of survivors of our nuclear and thermonuclear “testing.” I wonder if that makes me eligible to be an “elder?”

I Have Seen the Dragon

I have seen the Dragon
Through clenched lids and arms pressed tight.
I have felt its hot breath on my back
And listened to the rumble of its voice.

I have looked upon its breath,
Glowing Amethyst, red and purple,
Climbing towards the stratosphere
To deposit its venom downwind.

I have waited in fear as my gums began to bleed
And my hair came out in clumps.
I breathed a prayer of thanks
As I began to heal.

After fifty years, our ranks are thin,
We who have seen the Dragon and survived.
Those who have died or are sickened still,
Their numbers are legion.

All we can hope for, work for, pray for,
Is that no madman will ever be allowed
To unleash the Dragon again.
For its legacy to all is death, disease and decay.

I know your history as i have followed you on CD for years. You should be made an honorary member.

Hi Wings,
**I was sort of writing tongue in cheek in my comment, but I couldn’t put a grin and a wink in emoticons at the end of my question. I do thank you for your comment, however. We just have to keep trying. I admire your timely comments on many issues.
;-})

Much appreciated Steve. You have certainly seen some things in your lifetime. 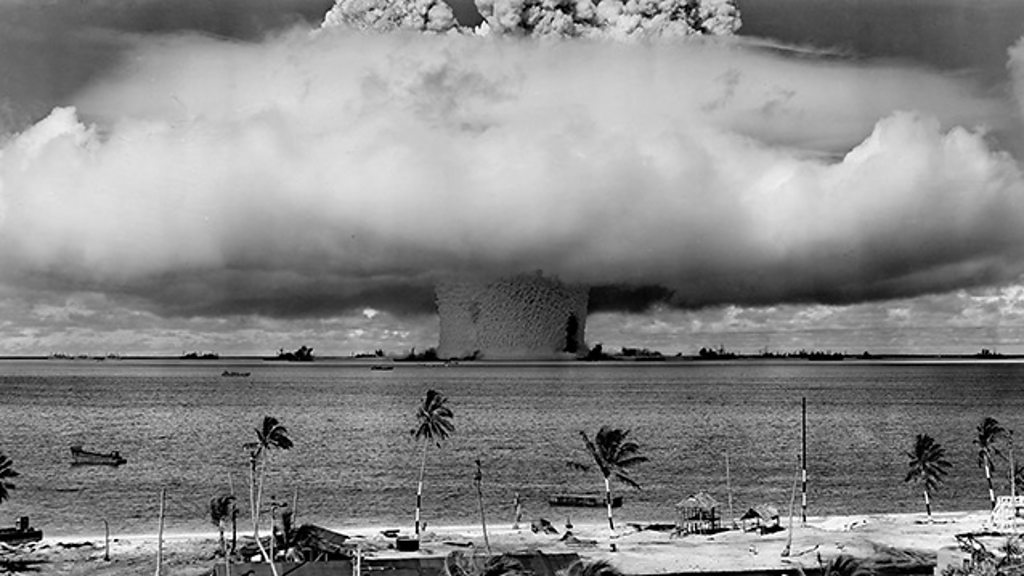