Critics of the proposal warn that forcing people with disabilities to re-prove their eligibility more frequently could drive hundreds of thousands out of the program.

No doubt that is the plan! If Bernie is denied the democratic nomination for POTUS and Trump gets re-elected this could be implemented in his next term.The only antidote for this miasma that has infected the Oval Office, is Bernie Sanders occupying the Oval Office.

When Paul Ryan showed up in DC in 1999 he vowed to stay until he “reformed entitlements” (which in Ryanspeak means cut social security and medicare).

As soon as Trump signed off on the December 2017 tax cuts, Ryan announced his retirement from Congress, knowing that the cuts assure that revenue reductions during the next decade will starve social security, medicare and other “domestic” programs.

Disability program cuts are just the salvo to launch the all out war to dismantle these programs and whatever else remains of FDR’s New Deal.

I suggest we subject “beneficiaries [of corporate socialism] to more frequent “disability reviews,” which are aimed at determining whether an individual is still eligible for benefits.” [my brackets]

I believe a dispassionate application of this policy to wealthy, minority aristocrats complaining about the social safety net infringing on their opulence could remedy many ills dominating America and other nations. But we need to tighten up the eligibility criteria and timelines to shut these criminals down pronto.

Perhaps start with a review of the Boeing Corp. Clearly, Boeing is “not working,” so let’s end its corporate welfare.

If you live in Britain, your national health care is free. If you live in the States, the price of your Medicare Part B just went up for no good reason and your Social Security didn’t go up to cover it. I’m paying $135 per month this year.

Beneficiaries starting Medicare this year are paying way more than $135/month for part B.

This just proves we need a minimum basic income for all adults age 18 and older. A basic income that provides shelter, food and transportation would eliminate most, if not all, welfare programs.

Then too, health care should be no cost at point of service and universal. All education, including college, should be covered by the government. We all benefit with a healthier, better educated society. Anyone seeking or able to work will be able to provide themselves with a higher standard of living.

This is just a dream: our government prefers winners and losers. The reality is, half the households in this country cannot come up with $400 for an emergency. Life expectancy in the US is declining, especially for the working class. Suicide rates in the US have increased by 33% since 1999. c’est la vie 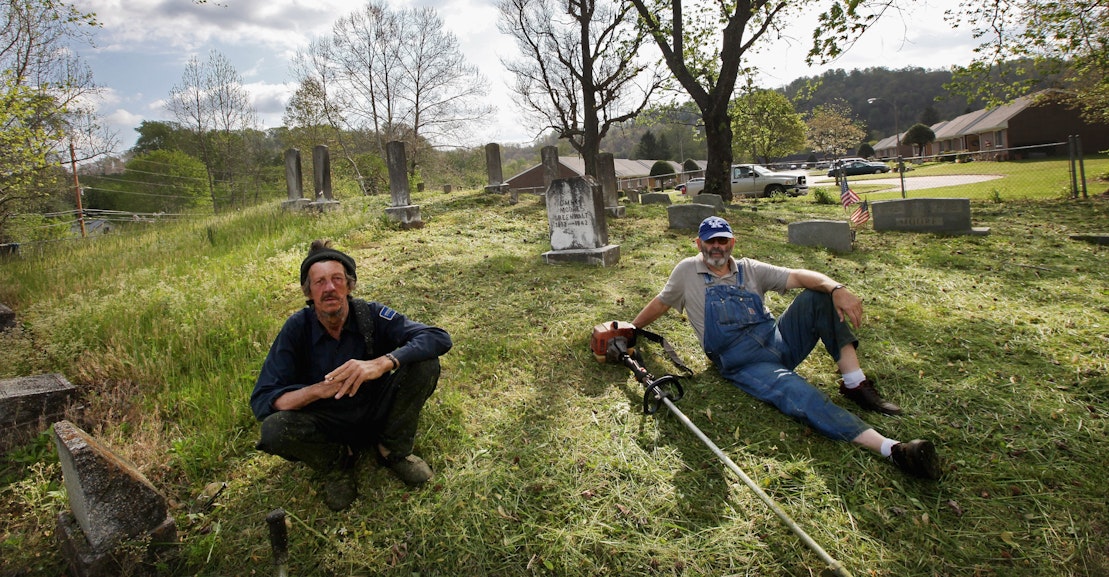 The Gross Inequality of Death in America

The richest Americans live 10-15 years longer than the poorest Americans. It will take a lot more than Medicare for All to close the gap.

That rationale can go both ways: if corporations want the corporate welfare they’ve been given by this bought and paid for Duopoly establishment, they must show why they deserve the funds over the populace.

I’m anxious to see how those MAGA hatters on disability justify continuing to support their beloved fuhrer, knowing that he is trying to cut their only life-line. I hope they’re willing to die for the cause of making America great again, in the world according to Trump, because they might very well get the chance.

From the following article:
‘A Sanders presidency would offer an unprecedented chance to improve the lives of disabled people across the country.’

It’s clear from his platform that Bernie Sanders understands that people with disabilities are confronted with daily acts of discrimination and oppression in the United States. A Sanders presidency would offer an unprecedented chance to improve the...

IMO a good rule of thumb would be to let government handle those things that pertain to our infrastructure and that are considered to be human rights (education, health care, housing, community and national defense, clean air/water) and let the marketplace handle the rest.

That’s why we should be demanding Medicaid for all.

Both my wife and I get Social Security, between the two of us, we now get $19 more a month. It might cover what our property taxes go up every year. It doesn’t cover what our SS supplement for Medicare goes up every year.
If trumps war with Iran gets out of control, it won’t cover what the cost of gas will go up a year.
As Bernie says… "The average person has not had a real Cost of Living increase in over 40 years.

After high inflation was one of the primary reasons Republican Ford lost the 1976 election and Democrat Carter lost the 1980 election, both parties were determined to never be blamed for high inflation again. This has resulted in nearly 4 decades of the US gubmit understating the real rate of inflation, unemployment, etc., a process most commonly known as cooking the books.

Understating reality has the added bonus for the gubmit and corporations that cost of living adjustments for workers and earned benefit programs are reduced and interest rates are cut to enable more financial crisis that the corporations have found to be great profit centers. The combination of low interest rates and limited or no regulation were the two drivers of the housing bubble that was the major cause of the 2008 crash.

This would not be a bad thing if the disability system was administered honestly. After all, entitlement to benefits is entirely dependent on medical issues that lead to an inability to work. If your condition has truly improved to the point where there are jobs that exist that you can do, you deserve to be taken off the disability rolls. The problem is that the system is not administered honestly. I have personally seen records altered so that a denial would issue to someone who would otherwise clearly be considered disabled. The system is administered so that if there is any wiggle room at all, the claimant will be denied. Only the clearest, unassailable cases of disability get approved at the lower administrative levels. The rest become trapped in an accountancy game designed to save the system money by denying “arguable” cases and forcing claimants to go through nearly a decade of fighting for the benefits. Even if they ultimately win, the system saves money because they do not pay out the interest they earn on the years of retroactive benefits that accrue while the claimant is appealing denials. Many deserving claimants just give up when they are denied and the money will never be paid out to them. Its a perverse game, and this latest step is only one more hurdle thrown at deserving claimants to throw them off the rolls and force them into years of appeals (if they decide to appeal. Many will not.). The ONLY good news about this is that while the burden is on the claimant to prove disability, once they have done so, the burden shifts to social security to prove medical improvement. That makes it easier to defend for claimants than making the proofs in the original disability assessment. But, ultimately, this is designed to take disabled people off the rolls and force them to defend in a system that is heavily weighted in favor of social security (social security’s decisions will stand if supported by “substantial evidence”, defined as “less than a preponderance”, but sufficient if a reasonable person could agree that the system’s rationale makes sense, even if a court could decide otherwise on the same evidence).

Another problem for claimants is that the additional appeals will put more people into the already glacially slow appeals process, which currently, without the additional pressure, is a national disgrace (2 years from requesting a hearing to getting one. Four to six years of administrative process before another year to three years in federal court, and, if you are lucky, back to social security for more years of decisions and appeals). They saved money by laying off so many staff that the time to process claims increased dramatically.

Oh well. Let’s get out there and elect Bernie Sanders so that he ends this nonsense!

I think Joe Biden is more of a Threat to Social Security than Trump.

Senator Biden back in 1995 wanted to cut Social Programs like Social Security, Medicare and Medicaid in order to Balance the Budget.

He was and is a Deficit Hawk and he belongs in the Republican Party.

marketplace handle the rest and to be closely watched and supervised.

The problem with that it isn’t really based in the efforts of a corporation to maximize profits. This is what corporations are for and do very well and, believe it or not, it is a good thing! Where this breaks down is when a political party or two are able to be bought by these admittedly sociopathic entities. Without a firm and continued effort to regulate these maniacs it all fails into a dictatorship with the corporate structure pulling the strings. Kinda like our current situation.