They shot Old Yeller, who was lovable in his prime. Old Tweeter, not so much.

US President declares “people of Iraq would be sanctioned ‘like they’ve never seen before ever’ if they follow through with an effort to force all U.S. military forces out of the country.”

This sanctions crap has got to stop. I admit I am not fully understanding the complex financial web the US has the power to entangle other countries in if they do not follow our sanctions but …
If all other nations got together as one and said fuck you US , we are not following your ‘rules’ , and stuck with it, I cannot imagine the US would have much choice but to back down…

vowed to make the Iraqis pay the U.S. back for military expenditures made in the country during the occupation that followed the 2003 invasion.

The Iraqis have already done so in more than a million corpses, their nation in ruins from infrastructure to national monuments. This is one of the most obscene statements to date. And, all those private trips this moral monster takes back and forth to his luxury vacation home aren’t we paying for them? Time to pull the plug and flood the streets!

“…insane, imperial horseshit” pretty much sums it up for me.

From the previous article I repost: 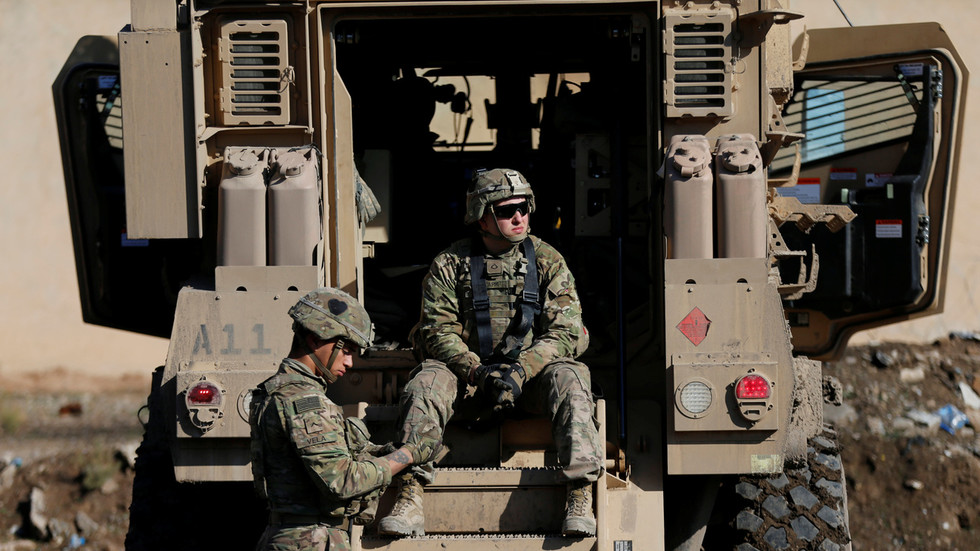 The adoption of a resolution urging the expulsion of the US military from Iraq marks a very important step for the country, but actually making them leave will likely take more than that, analysts told RT.

Pay the U.S. back for an airbase with which the U.S. military used to occupy and destroy Iraq? You’ve gotta be kidding me? This monsters depths of depravity are bottomless. This psycho needs to go NOW! I wonder how much of the 80 mil the Iranians have collected so far?

This is the ultimate reveal of American arrogance and violence.
We invade Iraq based on lies from W, we torture, rape, kill, bomb, destroy, terrorize it.
We leave it far worse off than when Saddam was in charge.
And now, in a wag the dog strategy, the most dangerous American president ever threatens to wage war against Iraq, and wants Iraqis to financially compensate us for illegally invading and occupying their country?!?
Whoever supports Trump isn’t just a Confederate, a traitor to America, they’re an enemy of the entire world!

Trump’s provocation of a war with Iran is an attempt to find a way out of the increasingly desperate crisis of American capitalism—international and domestic—through spectacular acts of violence.

Bonkers? The Nation using the word bonkers to describe Trump, is bonkers. This is what we get from the languid Opposition Media? The neoliberal left is worthless at this time. Apparently, even propaganda outlets like The Nation or TYT are doing their best to trivialize the sickness in our government and corporate elite.

International boycott of all things connected to Trump’s business enterprises?

And national strikes to lead up to non cooperation.

Yes but, where are the European nations on this? The EU and Nato are turning a blind eye as far as I can tell.

That was the line that got me too Giovanna. The audacity!!!

Even if the ballot box is crooked, a vote like that is still on the table and completely unstoppable.

I was gonna say: hey stop squeezing my hand so tight will ya. Those nails are drawing blood. :))

Bring in the bailiffs.