Did you expect anything less from him? I also expect (if it lives) to see the service dog injured in the raid to be honored with a medal at the White House sometime in the near future, for a fuzzy human interest story out of this.

Wasn´t it a certain other loser who on camera gleefully, at the grisly murder of Moammar Khadafy, expelled like a noxious gas the words, “We came, we saw, he died”? Just not quite enough blood in this world for them so happily to imbibe–an ongoing, daily death-eucharist in the spirit of antcihrist.

Don’t think we should be bragging about the actions of our special ops forces that killed three children while taking out one jihadist. If the children had been white–would that have made a difference?

2016–the Two Birds of a Feather election.

We came we saw he died (hahahahahaaha)

And these were our choices.

“Don’t expect Anglo-American media to ask why ISIS leader hiding out in Idlib, the Al Qaeda stronghold armed by NATO & protected by western media/think-tank propagandists these past few years.”

Suck it up Buttercup, our military took out a very bad person and is to be commended for a job well done. I dare say that Trumps “ghastly” language may very well thwart potential ISIS recruits.

I find it hard to believe this gory little scenario is actually true and most of you know I am not a fan of conspiracy theory. It’s is disgusting to the max how American governmental figures of all parties officially glorify violence. I get individual anger… but this officially sanctioned sociopathic rhetoric seems the hallmark of American governmental officials and tin pot nutter dictators. Sick sick sick…it’s like it is a sexual thrill to them… ick…

Suck it up snowflake when your fearless bone spur loses in 2020 to a, god-forbid, socialist. You’ll probably lose it in your American flag underwear.

Let’s see, Trump’s flying monkeys seem to be grounded, so he his doing all the press work himself–because only he can be trusted to get it “right”. [Speaks in squeaky voice] “Because he is desperate! Schadenfreude-flavored popcorn, my favorite!”

If you cannot bring a dead person life, then do not be so willing to deal out death-Gandalf to Frodo, talking about Gollum and Frodo’s wish to kill him.
We are entering the season where many cultures celebrate death as a part of life-Samhain for us Pagans, Los Dias de los Muertos in many Latinx countries. Only those who respect death’s place in our world can celebrate it. However, American culture has lost respect for everything, even death. So it’s no wonder our leader speaks with such glee about killing, describing the blood and gore while not getting his own hands bloody. And the children…our future!
We Pagans honor The Great Hunt at this time of year. And we have a ceremony after the first kill-we make sure there is blood painted on our faces and hands so we realize, deeply, that we have taken another life so we may live. Tears are always shed.
To quote a fictional character, Eddard Stark-He who passes the sentence should swing the sword. Trump should have been there with his “dogs” to smell the copper of blood, to smell the fear and terror, to hear the screams. Did he unleash the Hell Hounds?
I am in no way praising ISIS. But I am talking about death, who will take even the rich and powerful one day.

There is a fog of brutality that is slowly engulfing us. A self proclaimed Christian friend and I we preparing for an after work gulf outing one day when he glorified the murder of Saddam’s two sons. I flew into a rage at him asking how a brutal murder of someones sons was a great thing to celebrate, denoting his supposed Christian following. He was miffed at my response, and we went golfing.

A true lesson here, and to prove just how stubborn we are, we will continue to die for the same reasons over and over again.

When a person is inundated with violence in the media, such as Game of Thrones where they leave nothing to the imagination, including lopping off heads and showing the blood spurting out, or just about any other action or adventure film produced in the last decade or so, then they become dulled to it, even glorify it. Once they start with the extreme violence, I switch the channel. A good story can include violence, but it need not be displayed in all it’s gory detail for the sake of better ratings.

Oh the irony. So Trump pulls a play out of his most hated past leader’s playbook. Magically neither operation produces a person/body for identification or to stand trial, at a time when both “leaders” need a boost in the polls. Lets hope that the military unit involved (if any at all), isn’t targeted in the near future. Government officials need to tell us who and where this amazing “lab” is, that can produce test results in a few hours or less, we need to use them for everything. As usual the public will eat this BS up. 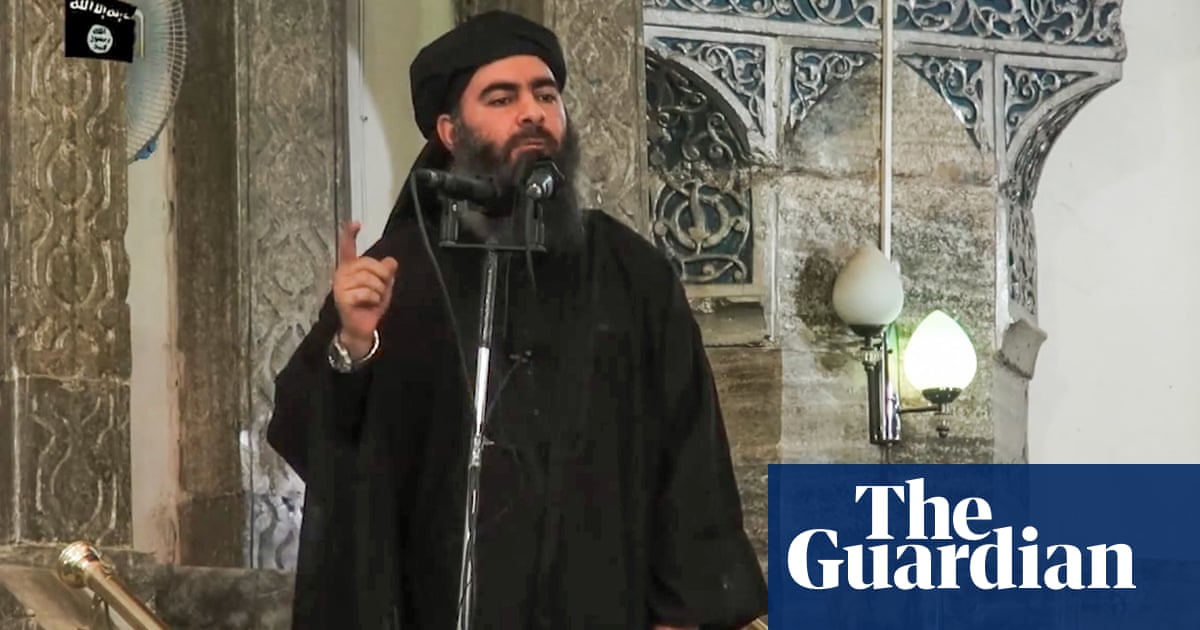 Isis leader ‘died like a dog’ in special forces raid on his Syrian safehouse, says president