To anyone: there was an experimental rock song from possibly the late 80s that sampled Bush’s “I don’t care what the facts are” quote. Can someone tell me who that song was by?

All this historical recap tells me is that the US is a disgusting, perverse nation of degenerates! Of course I’ve always known that!

Another excellent, fact based, much needed article. Chances to hear this on MSM?

Funny thing though. It was the Iranians that shot down the Ukrainian airplane, not the US.

Thanks for reminding us about the Iranian airliner incident. Certainly Iranians have not forgotten. I am hopeful that this assassination by Trump is turning even main stream Democrats into anti war activists.
Comments in The NY Times are mostly anti war. This is a first. The tide is turning!

As yet unproven. But you assert it as fact.

If also reminds me of the KAL 007 passenger plane which was shot down by the Russian air force.
That plane flew into sensitive Russian airspace, the Russians shot it down, and Ronnie RayGun harped about the incident forever.

KAL 007 was most likely off course due to a navigation programming error, entered identically multiple times into the flight computer, but conceivably the same route could have been “copied - pasted” incorrectly the multiple times. There were also rumors that it was intentionally off-course for various reasons (such as to test the Russian response or to take photographs). The Russians were slow off the bat, most likely incompetent, and the tragic consequences resulted.

But the most interesting facet of the story was that the US knew that the plane was not on its correct course, and that it was headed for Russian airspace, all while the US was tracking the plane’s progress. The US could have easily warned the plane that it was in danger, and indeed the lowly soldiers who were watching it wanted to do just that. But they were overruled by their US commander so that the US could see the what the Russian response would be to an incursion into Russian military airspace.

Ronnie never mentioned that part of the story - only that the Russians were very bad, bad people.

Politicians have no concern for the lives of innocent people. They use them like pawns to see if they can move ahead in their own political game.

Looks like Iran fessed up in the mean time.

Iran is now taking responsibility saying that the airliner was shot down unintentionally due to human error.

At least Iran is more mature than H.W. Bush who said that he would never apologize, ever; no matter what the facts are.

However these 176 people would be alive today if it were not for the rash (and cowardly) actions of Donald Trump and company.

However these 176 people would be alive today if it were not for the rash (and cowardly) actions of Donald Trump and company.

Actually no. They would be alive if Iran hadn’t shot down the plane. Your side screwed up, admitted it. No need to blame someone else.

When G.H.W. Bush died, the corporate media fell over themselves rushing to paint his legacy as God-like. And people hate Hillary Clinton who did much less, but received much more negative propaganda. Bush was knee deep in Watergate, the Cuban terrorist bombing, the Iran Contra Affair (treason) and was likely involved in the Kennedy Assassination as he was in Dallas on Nov. 22nd 1963.
But students of history will read contemporary accounts of him as a diplomat, statesman, gentleman. He was a monster. And his son an imbecilic monster.

I disagree with you. Had Trump not pulled out of the Iran nuclear deal Obama and John Kerry accomplished, the Ukrainian jet would likely not have been destroyed. All of this is a cascade of shit brought on by Trump’s insanity and obsession with destroying every part of Obama’s legacy.
You are wrong.
And the truth about this Ukrainian jet will never be known. Past behavior of the USA suggests that the United States was directly or at least indirectly responsible for this catastrophe. If one of your family were on that plane, maybe you’d have more humanity.

There is more to the KAL 007 murder. American ferret satellites converged over that airspace precisely at the moment of incursion and again at shootdown. I believe Jane’s military publication revealed this part. It has been so long ago I cannot be sure. But the upshot is the Americans were deeply involved in getting the civilian passengers murdered and they could have prevented it. All so they could track Soviet air defenses.
Look up operation Chrome Dome. Decades of shit perpetrated by the United States against the Soviets.
American Republican leaders have displayed a shocking, stunning lack of humanity or compassion in their bloodthirsty pursuit of power.

The difference between Iran and the USA will be demonstrated in a few days.

YOUR Government lauded the shooting down of that airliner by the Vincennes. Your Government indicated that it did not have to apologize for anything. Further to that they gave the Commander of the Vincennes and its crew medals for their actions as they were treated as heroes.

Not only did Iran issue an apology upon determining it was their own military that fired that missile but those responsible have been identified and are now facing a Military Court. 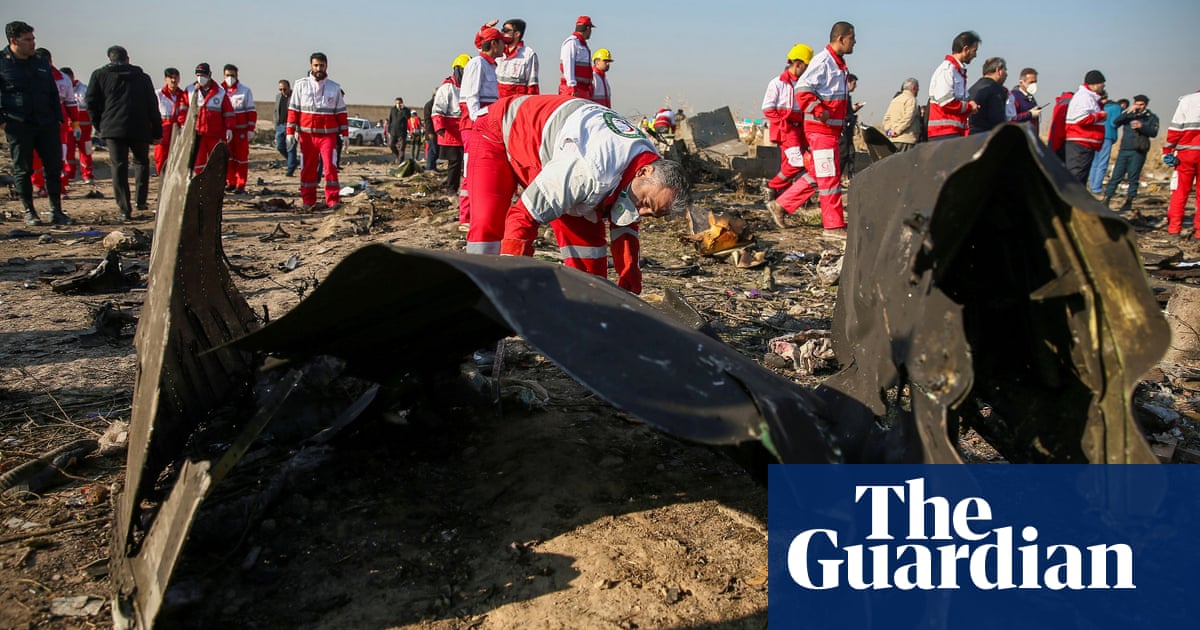 Added to that the first response of the US on the shootdown of the Iranian airliner was to lie about what in fact occurred making claims the Aircraft was not using a civilian channel and was diving down towards the Vincennes when it fired on , both of these claims turning out to be lies. It took months before they finally admitted those reports were false. The US has still not apologized for the incident. In fact it took almost 6 years before the US admitted that the Vincennes was in iranian territorial waters when it fired the missiles.

Agree 100% however I would add that the worst transgressions of civility by American leadership when faced with such situations seems to be mostly from the Republicans. Democrats have a better record of at least giving lip service to compassion and their original sins. Perhaps therein lies the seeds of the New Deal social safety net and the GOP’s incessant attempts to destroy that net.

From the point of view of US propaganda, that it was a Ukrainian airliner seems to good to be true. With such a long history of such nefarious deeds I find it impossible to believe that the CIA was not somehow involved. (Does US cyberwarfare have the ability to fool the Iranians into believing it was a US warplane?)

US reconnaissance aircraft had been testing the Russian boundaries in that area around that time. The Soviet commanders assumed this was another one. The incident occurred at night and the pilots failed to do due diligence in identifying the victim. The commanders who gave the orders were both Ukrainians not Russians. One of which reportedly did the same thing in the Ukraine much later.

There is more to the Vincennes story. Leading up to the shoot down the skipper of another US Naval ship was on the radio yelling at Captain Rogers not to fire. The cowboy ignored him and went ahead-no excuses.
The whole scenario was one of over aggressiveness. He had no business taking a very expensive cruiser into Iranian waters, provoking Iranian small craft. It was thought he was obsessed with getting into a fight with his exotic high tech ship- a macho show off-demonstrating the arrogance that has gotten numerous Navy skippers into trouble.

Of course, the Soviets and Iranians are totally innocent. It’s the evil US empire that’s to blame for everything.

I happen to know Chrome Dome ended well before the KAL 007 incident. What’s the point?