Morrison was elected, was he not?
People will not get it.

“I feel like 30+ years ago, Aussies with boats from would be flocking to help evacuate Mallacoota of their own volition,” said Brady. “But Australia is a crueller and more selfish place now and our sense of community and solidarity has been killed off so that doesn’t seem to be happening.”

“Would love to be proved wrong!” he added.

How depressing and sad. And those firemen are not getting the support they desperately need. 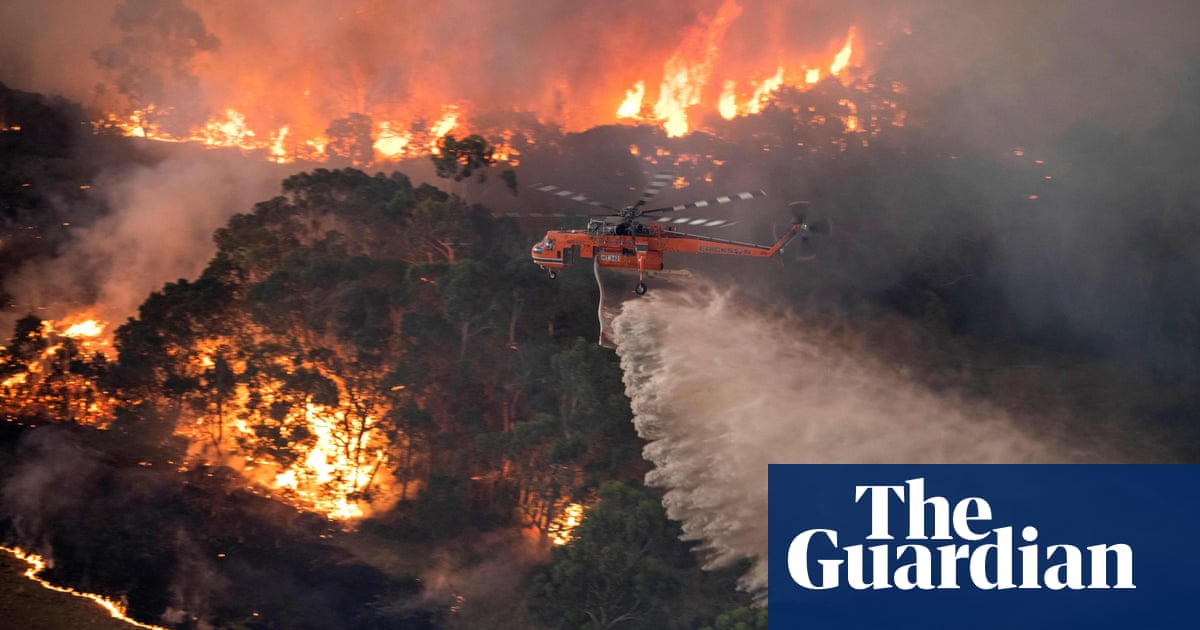 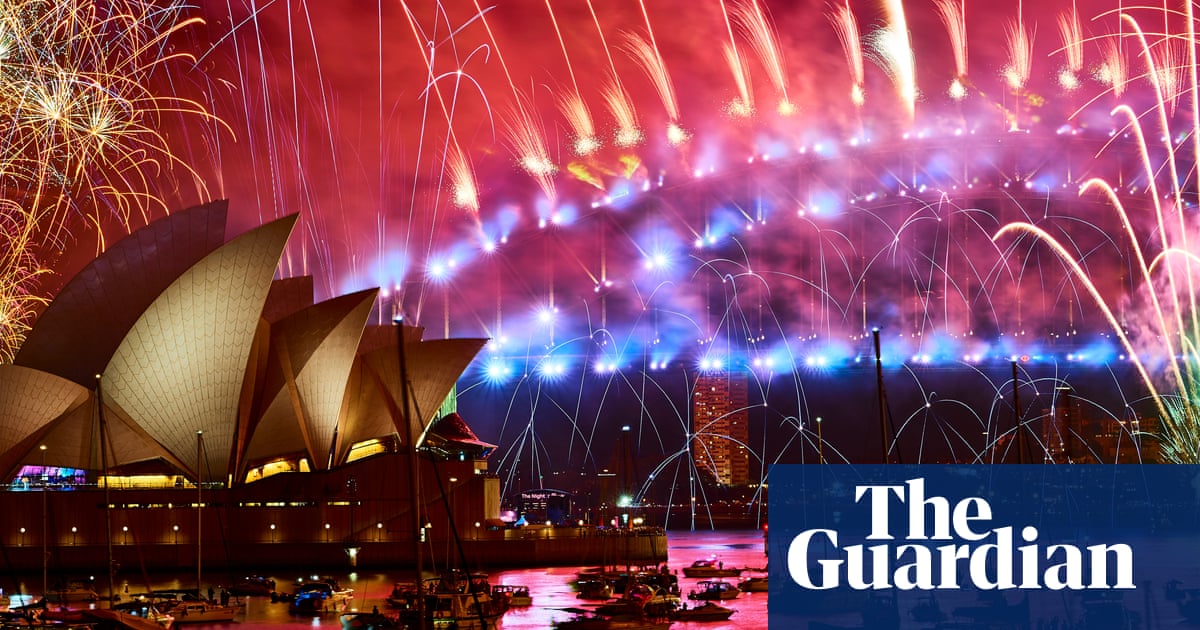 Clover Moore claims Angus Taylor, who says that Australia should be proud of its emissions reduction efforts, has failed at his job

How can they think about fireworks at a time like this!!!

Looks like the science fiction writers and motion picture directors got this one right. These pictures of Australia are what the coming climate apocalypse will look like.
Pretty rough stuff eh? Well, maybe Jeebus will help them:)

Amen Trantorian.
They marched to the polls and freely elected this reactionary meathead Morrison. Now they must choke on his policies as they choke on the smoke of their burning nation.

(I always wanted to ask, is your handle Trantorian a reference to the giant mechanized planet that was the capital of the galactic empire in Asimov’s Foundation?)

It’s just what I said about the coming climate apocalypse a few short years ago. We had a choice. We could have either thoughtfully and diligently addressed the climate crisis by changing our petroleum based capitalist economy into a green and renewable one. Or we could strap ourselves to the Bomb just like Slim Pickens character did at the end of Dr Stranglove, and scream “Yee Haw” as we hurtle towards ground zero.
I guess we chose the latter.

I read in a spiritual book a few years ago that if humans dont make the adaption necessary then life will adapt and we may not like where this takes us…it went on to say it could become hell on Earth .
Looking at these pictures ,that’s what it is like .
We must start making the changes and support all those that are trying !

“But Australia is a crueller and more selfish place now and our sense of community and solidarity has been killed off so that doesn’t seem to be happening.”

That’s the line that got me !

As bad as it is in Australia, it’s worse in the world ocean, and the consequences of a world ocean in decline are the stuff of nightmares.

Here is an excerpt & summary of this very hard to read witness account:

"Over these past 10 years, all the trends I wrote about have intensified. The picture has become both sharper and bleaker. We always knew the stakes were high, but that, too, has come into clearer focus. In June 2019, biologists told us that a million species are in danger of extinction from our actions. Now, the geologists are weighing in, comparing today’s warm, breathless and sour ocean with oceans of the past. Life as we know it is in danger.

“Every time there was a mass extinction … you have this cocktail of higher acidification and higher temperature and lower oxygen,” says Gattuso, adding: “This cocktail was very deadly in the geological past. And it is this cocktail we are preparing ourselves for the ocean today.”

“There’s no coming back from this:” Why the global ocean crisis threatens us all Ten years after the release of her seminal book Sea Sick, Alanna Mitchell again plumbs the depths of the latest research on the health of the world’s oceans — and comes up gasping (Canadian Geographic)

This is not a wake-up call. It’s a look-what-you’ve-done, People, and-now-it’s-way-too-fuckin’-late call.

I lived in Oz for almost a year about 20 years ago. One of the loveliest place I’ve ever been, though I admit I’m not what you would call well-traveled. I admire the Aussies I’ve met (all environmentalists in my then line of work), and still maintain contact with one of my work mates. Some of the places I worked and visited are burned now. I will say this: IMO, this is a snapshot of our immediate future (i.e., the Camp Fire to the power of ten). If the Australians as a nation can’t face this straight-on and respond with the changes that must be made; if they can’t resolve the divisiveness, polarization and willful stupidity that puts a Morrison in office, then no nation can. So, watch what happens in Australia in response to these fires. They are on the front line. Will there be an Australian Green New Deal, a climate response moon-shot? Will they set an example? Or will they bicker and rearrange the deck chairs yet again?

If you take credit for voting for them, if I voted for them, then sure, you/we ‘had a choice’ and ‘could have either …etc’ but the way I see it I did not and could not vote for them. I refuse to take credit for the disasters they make or exacerbate.

Aussies, how do you feel about electing Scott Morrison Prime Minister now. Isn’t it time to dump this fossil fuel loving bum? You have the parliamentary system where this can happen fast. And it needs to. We likely have to wait until Nov to dump our bum, since repubs won’t do their Constitutional duty and remove the bum from office for obvious high crimes and misdemeanors.

And they’re still going to have the big fireworks show in Sydney. What could go wrong?

Ahhh…clean coal! Nothing else matters according to Morrison. They should roast this worthless trump wannabe over the fires.

Anyone anxious about our upcoming fire season.
The Aussi’s add to the climate crisis, the icelands melt faster, the seas rise, and they have their answer to coastal fires.
It’s hard to be serious when people dig their own graves.

This view of particulate matter (PM10) over the continent shows all the areas of most intense fire. The southeast corner, from Melbourne north-east to Sidney, has the heaviest smoke.

There are two varieties of professionals that can help you. One is engineers. Unfortunately there’s no money to hire this type of professional. So, the other is priests.

Another Australian town in Victoria in 2009 didn’t have a beach. The fire came too quickly for anyone to evacuate and then 173 people died.

Your local trees need to migrate about 1000 miles north and find adequate moisture too. They are rooted. As the change progresses, what forest will be left in your town? Lots of dead sticks waiting for another megafire?

Greta Thunberg has been accused by climate minimalists as being too apocalyptic in tone. Look at these pictures-she’s really quite moderate!
I hope those folk in the boats brought fishing gear; won’t be much to eat on land for awhile.
Southern Australia is the least hot area on the continent. For that to burn says a lot.

the consequences of a world ocean in decline are the stuff of nightmares.

Indeed and it is a metaphor of just how much “civilized” nations lack the necessary reverence for Life which, of course as we know, began in the oceans. Chilling to consider it all as one “dead” zone.

Ahead of time Happy New Year Giovanna - to you and yours !

Just picked up Time magazine with Greta on the cover !!

I wonder if the answer is staring us right in the face, i.e., ‘get uncivilized’, which to me means reconnect with our roots on the land and sea ?

It should be possible to be modern and to move forward, without being entirely domesticated.