The work of corporate goons and corrupt politicians.

Please.
Do not turn the valve.
It may be in the closed position and you are opening it to allow flow.
I witnessed a man get killed inside a Whiting refinery when an operator opened a valve by mistake.
the incoming pressure dislodged the ‘pig’ inside the pipe upstream of the welding. When the hydrocarbon got to the hot, molten metal, it exploded and cut the man in half.
Boycott, pursue alternates, demand double pipe at water crossings - but do not turn valves, hack into control software.

1,500 men were there and only two of us immediately recognized the cause.

It’s Trump , Pompeo and Pence;
three brains without any sense!
The world cannot trust them–
for PEACE can not function.
AMERICA-- one BIG pretense! : (

I made this video of a conversation between Michael Foster and Emily Johnston, two of the five “Valve Turners” and syndicated talk radio host Peter B. Collins, presented on January 14, 2018, as part of the Green Chautauqua Speaker Series on Climate Change at the First Presbyterian Church in San Anselmo CA: https://vimeo.com/252440389

Great video. Everyone on the planet needs at a remedial presentation like this if we are to win the war against fossil fuel consumption.

Were we to be only a little more vague about the usually already vague epithet murderous neo-nazis, it might be obvious that the US government qualifies.

One take-home here ought to be that the opposition between neoliberal and ecologically regenerative policies is stark and mutually exclusive.

Knowing this ought to inform us that parties and candidates that make friendly noises about ecology or climate change as “soft issues,” but support war and centralized control by the wealthy will not embrace effective ecological policy.

DO NOT TURN THAT VALVE.

Several years ago a line depressurized and half the state of NM lost heating gas for 2 months in a freezing winter.

A little knowledge is a dangerous thing. 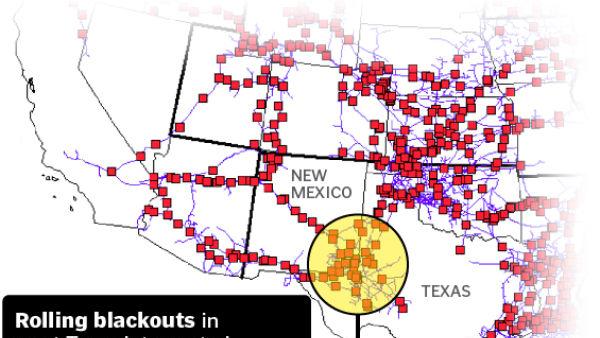 Some 25,000 New Mexicans were without natural gas after a freeze in west Texas led to rolling power outages that interrupted electricity to natural-gas compressor stations."We had natural-gas sup ...

According to the link, the gas lines depressurized due to lack of electricity, not valves being turned off.
I’m guessing turning off valves would have the same affect. Depressurizing?

The Iron Heel begins to grind

The frontline of the climate protest movement is moving to the courts as activists are targeted with anti-protest laws and big money lawsuits. But is the war on climate activism undermining fundamental protest rights?

Governments and many citizens consider animal rights activists, deep ecologists, anti-natalists, and others to be enemies of the human domination project that’s leading to anthropogenic mass extinction…and they are correct.
Anyone who opposes ruination of the biosphere, hunting, destruction of intact ecosystems, logging, fishing, and other destructive activities in an effective way is considered an eco-terrorist.
In many states, there are laws stating that if you scare a deer, even inadvertently, so a hunter can’t kill it, you’re guilty of a felony.
The few people who defend mother earth will be hunted down and killed, branded as enemies of the state.
It’s a noble cause to die for and live for, as Edward Abbey and Earth First! said.

“the department detailed domestic terror threats and said “racial and environmentally themed ideologies” are the biggest threats facing Americans today.”… Ahhh the Big FFF - Fossil Fuel Fascism in full attack and complete deception! Recognize who your neighbours are. Recognize who are the biggest threats facing Americans, documented dispassionately by the actual unsanitized history. FFF will never disclose/remedy such matters.

Uuhhh I am pretty sure.these people checked…which way to turn it befire hand…

Yes
They checked. They are all from skilled trades, engineers, trained employees.

G.D.
They do not know a gate valve from a ball valve!!

Here we are, trying to insure the steel pipe brought in from India for XL is metalugrically correct, the welds are good and the weld effected zones stress relieved to avoid corrosion from hydrogen enbrittlement - and you throw all that away.

It’s time to at least consider protests against overzealous policing.