Delivering yet another "wake-up call" after recent studies have shown that heat stress from anthropogenic global warming has killed half of the Great Barrier Reef's corals since 2016, a new

It’s one of the ways we grow billionaires.

This is what I mean when I talk about the window of opportunity to do something about climate chaos already being closed.

The death of coral was predicted many years ago. We did nothing. We still do next to nothing.

Shit’s about to get waaaaay worse, waaaaay sooner than you think.

How many years have we been talking about this Reef??? … and did nothing about it? Let’s discuss it some more.

Too many Documentaries were made about the Reefs. What did we do? Not a damned thing.

Human population increase has hit earth with meteoric ramifications as human greed precipitates the great dying. Only the Demonicals will be happy to see it’s end become the fulfillment of their bible’s death wish.

Choices made as to how natures resources utilized can be independent of population size. As example compare the Dominican Republic to Haiti. Prior to the arrival of the Europeans there no separate Countries per se but after the Colonialists got through with the Island, it was divided into two Countries.

Satellite images could not be more telling when one looks at them. The forest that once covered the entire Island stops abruptly at the border with the Dominican Republic side still green and Haiti much more heavily deforested. Forests remaining In Haiti are de-fragmented and root causes of this while tied to different climates (Haiti gets less rain) are also linked to how the lands were exploited in the past.

Jared Diamond pointed out in his book collapse that the French turned Haiti over completely to agriculture while the Spanish all but ignored their half of the island. Added to this there was more private ownership of land in Haiti with the corresponding mindset of “This is MINE and I can do what I want with it”.

Doing SOMETHING to mitigate the damage to our ecosystems need not be overly complex. It has been in our POWER to make these changes for a long time. It the inertia of the system and the drive for growth and profits at the expense of these ecosystems that is the single largest problem. This in turn tells us why nothing has been done and nothing being done. Profits and growth are what the system called Capitalism built upon and Capitalism by design intended to serve the 1 percent.

The 1 percent has all the wealth and the 1 percent has all the power. The 1 percent are shielded from the direct consequences of their actions more then any other group. It will catch them in the end but given they love only money they already speak of building sanctuaries for themselves be it on the moon or mars, in South America or New Zealand or downloading their minds into some computer.

If the great P-Tr mass extinction is any guide, the ocean heating and acidification are going to be the far more catastrophic consequence of fossil fuel burning than the atmospheric heating. The death of all coral reefs is just the beginning - during that past event, the oceans became anoxic, sulfurous, and apart from a few refuges, uninhabitable for practically all marine life - including phytoplankton. The oxygen level in the atmosphere plummeted and complex terrestrial life was limited to areas at or near sea level. It was the only mass extinction event to even wipe out a even a majority of insect species - which makes these recent reports of the decimation of insect populations (which I’m seeing where I live myself) particularly spooky.

But the scary thing is that ocean acidulation is a function of the rate of atmospheric CO2 increases as much as the amount of CO2 increase, and humans are increasing atmospheric CO2 far more rapidly than the P-Tr event or any other, even catastrophically rapid, geologic process, save for the K-T asteroid impact on those Yucatan carbonates that did the dinosaurs in - but that did not produce anywere near the total amount of CO2 that humans will produce if all currently proven reserves of fossil fuel are burned - which the capitalists seem to be hell-bent on burning.

Socialism or extinction. But then again, maybe it is too late for that.

Last I heard global emissions still haven’t peaked let alone declined. The one good news for emissions is that China’s economy is said to be slowing down. Global emissions usually fluctuate with the state of the Chinese economy. The odds of staying below 1.5C are probably something like 1 in 1,000,000. Staying below 2C probably something like 1 in 100. Even staying below 3C the odds are probably less than 50-50. I don’t like the chances of the coral reefs going forward. About a quarter of sea life supposedly depend on the coral reefs so this could be where the first truly catastrophic event occurs.

If the Great Barrier Reef is dying due to too much carbon in the oceans and atmosphere, then why are Americans still driving like Mad Maxians in their fuel-hogging monster trucks and SUVs??? The climate crisis will never be solved if most Americans continue to live like this and don’t start doing what is right by the Earth.

While the 1% has a big responsibility for the climate crisis, it’s not just the 1% that is responsible. The 1% do not force people to live carbon-intensive lives. People still have many choices in their lives. People can choose whether to drive small fuel-efficient cars or not drive at all, eat less or no beef or meat, go camping instead of jetting around the world for vacation, buy smaller homes and install solar hot water heaters, take the bus or walk to the store, diet and exercise more, etc. The 1% will never be able to get the 325 million people in the US or 7.6 billion people in the world to live sustainable lives or make all the right choices. It is a mistake to give all the power to the 1% because they will only do what will benefit themselves.

The coral reefs get all of the attention (and they do deserve attention), what gets forgotten is the estuaries, and they are very similar in their respective environments. Estuaries (where land and rivers meets the ocean), much like reefs provide the nursery for the bulk of marine life, that maintains the balance and provides food for a healthy ecosystem in the oceans. These habitats have been threatened for years with manmade pollution, and now take on the increased threat of climate change. They won’t survive, and man will go down with them.

Australians can vote to fix it:

HI GANDOLF, didn’ t that computer man ( Paul something) who just died, didn’t he crash his yacht onto a coral reef and ruin it?

There are no words to describe how sad this is, my heart breaks for the children just now starting there lives, they will never know the beautiful creatures that were,or the beauty of the world I knew. On top of every thing else going on this is frightening, WTF is wrong with us? 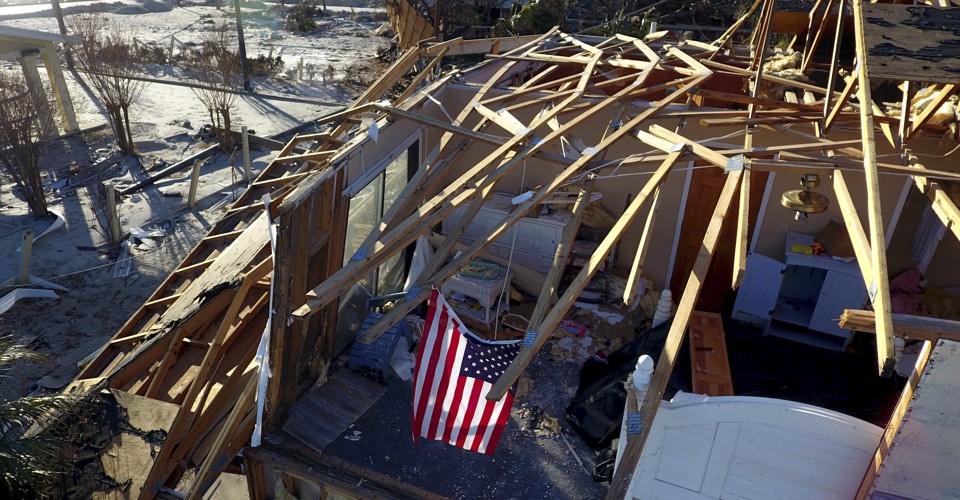 WTF is wrong with us?

Oh that’s easy. People’s hearts break for the children knowing this is happening.

Then they go and have more children.

The author hears a “wake up call.” I hear a death knell.